Head to the Survivor Camp near the Ruins of Old Yarikawa to find Yuna, who will start this mission. The Mongols have surrounded Yarikawa and Yuna has the idea that helping them will have them help you, but being the old rivals of Lord Shimura makes Jin skeptical. He suggests sneaking into the town to try and get their word, but the Mongols are making things complicated. Thankfully, Yuna reveals that there is a hidden entrance, but it won’t be easy reaching it. Whenever you gain control of Jin, follow Yuna and Taka at the beginning. 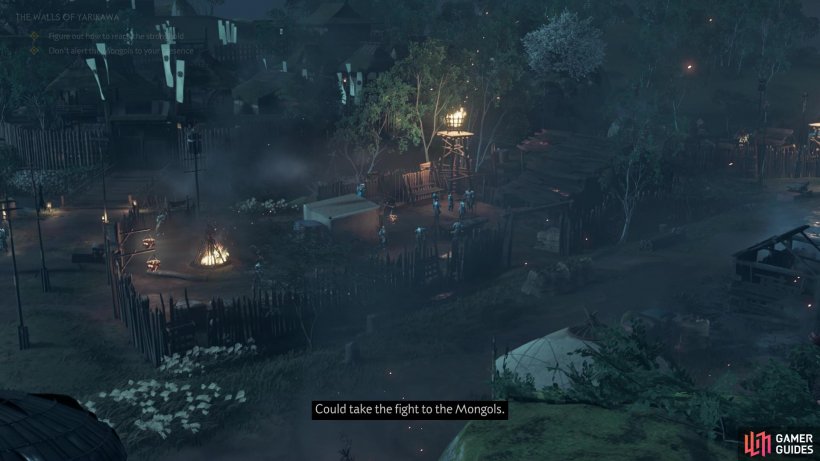 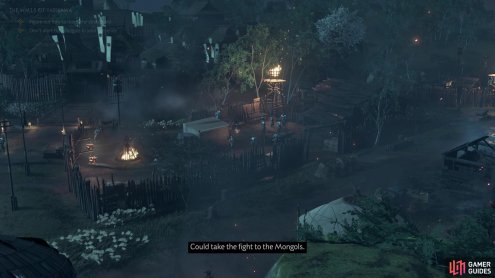 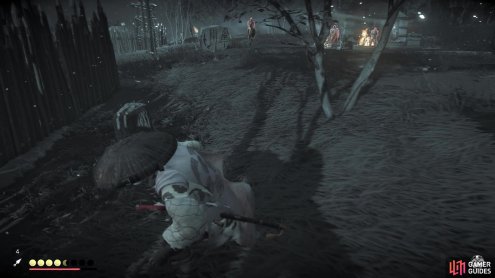 You’ll be going through a lot of Mongols to get to the secret entrance (left), including some on horses, so be ever watchful (right)

Not long into the ride, you will notice some Mongols up ahead, but they will be riding by, so let them be for now. Continue following them to the survey spot, where you will look at a few things about the camp surrounding Yarikawa. There will be a lot of Mongols here and you can’t alert them to your presence, so things might be a little rough. The white tree in the distance will be your destination, as Yuna says that is where the hidden entrance is located. Remember that you can actually kill Mongols here, as long as you aren’t seen at all, so there is a little bit of leeway, but you should only resort to that as a last resort.

Tip: Equipping the Ronin Attire might be best for this little operation, since it does slow down the rate at which Mongols will be able to detect you.

Head down the path nearby and use the disheveled building as cover. It should be noted that there are some Mongols on horses patrolling the area, which can make things a little more complicated. From that building, sneak into the main camp, possibly sticking to the right side, as there is a building there you can use for cover. This building is also destroyed and grants great cover to use as you make your way to the water, which is very close by now. It should be noted that rolling does seem to give you a bit of invisibility, as far as Mongols noticing you, unless you’ve already been seen. Once you get to the water, it’s a pretty clear path to the hidden entrance, minus a tiny bit of waiting for some Mongols to go away on a nearby shoreline. 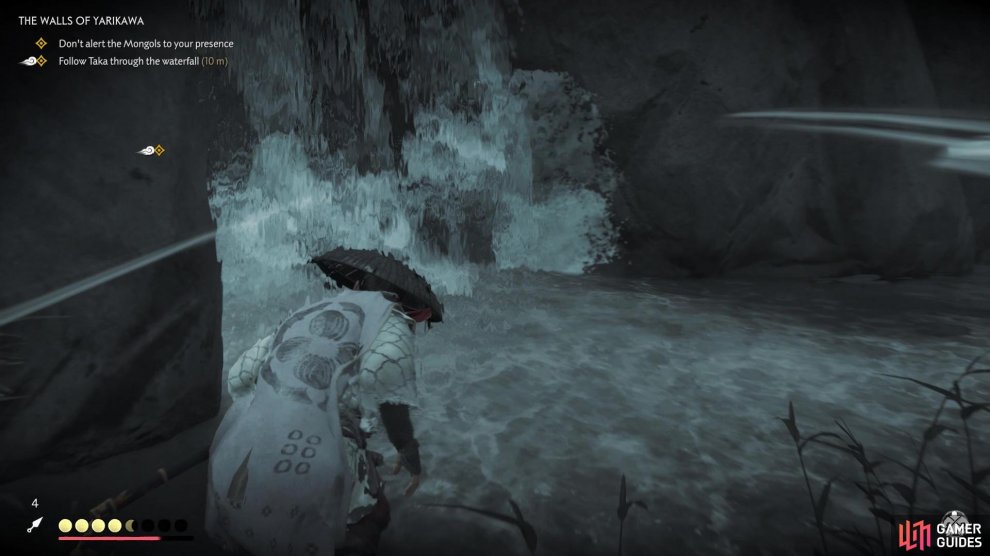 The hidden entrance will be behind the waterfall

It turns out the entrance is hidden behind a waterfall, so squeeze through the opening and follow the trail to meet up with some guards. Follow the guard until there’s a disturbance at the main gate, which happens to be General Temuge, the Mongol in charge. Once he makes his declaration, continue follow the guard to the steward. You will speak with Ujimasa Yarikawa, who isn’t so keen in helping out Lord Shimura. When the conversation is over, go ahead and find Taka at the blacksmith, which will bring this mission to a close.