At Jogaku Temple, find Yuna by a campfire and speak to her to begin this mission. Now that you have a base of operations in the north, you’re going to need some help in dealing with Khotun Khan. The plan is to attack Fort Kaminodake, with Yuna recommending some “friends” of hers, whose leader’s name is Takeshi. While you’re doing this, Yuna will slip through your uncle’s castle and meet up with the others in Omi. Your first goal is to find Takeshi’s camp in Sago prefecture, which is quite far from the temple. If you have a closer point in which you can fast travel to the camp, then take it.

When you get close enough, the game will give you a general circle in which to search for the camp. It might be a little challenging finding the camp, due to the rocky terrain, but there is a merchant available at the camp and if you can spot the icon for it, then you know where Takeshi’s camp is located. Takeshi will be by the campfire, so speak to him to strike a deal for his help. Follow him to the cliff overlook to get an assessment on the situation. While Takeshi, you and his archers will hit from side, Yuna will execute an attack from the other side. 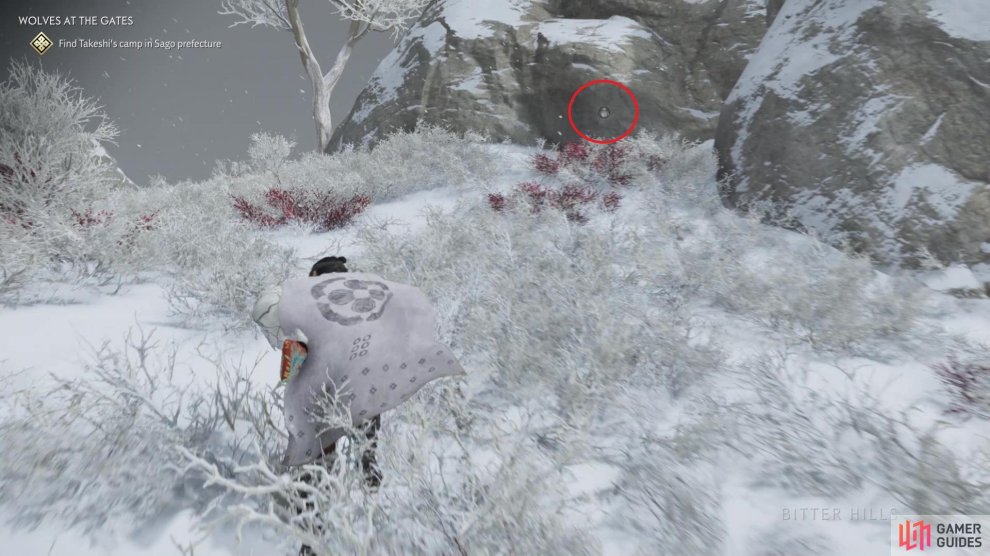 You should be able to see the Merchant icon, meaning that’s Takeshi’s camp

It’s time to travel to Fort Kaminodake, which is located to the southwest of Takeshi’s camp. Upon getting to the woodcutter’s camp, use the fallen roof to grapple onto the tree and get to the ledge with the others. You will survey the area and basically split up into two teams, with the only objective being to defeat the Mongols. If you head to the upper ridge, then there will be two enemies standing there, although the hunters will take them out for you. If you take the other route, to the top of the building, then you should be able to target the cage with the bear and let it loose.

This can serve as a minor distraction, as the Mongols will be scrambling to kill the bear. Alternatively, if you go to the ridge, drop down a little further ahead and use the ladder to climb to the roof of that building. There will be slacklines from that building that connect to the one Takeshi should be on. The slacklines do give you a great opportunity to pull off a chain assassination on some Mongols sitting around a campfire. If you start a straight-up fight against the Mongols, Takeshi and his hunters will be a huge help in striking them down. Speak with Takeshi after fighting the first wave of Mongols, then get ready for more as they come through the gate. 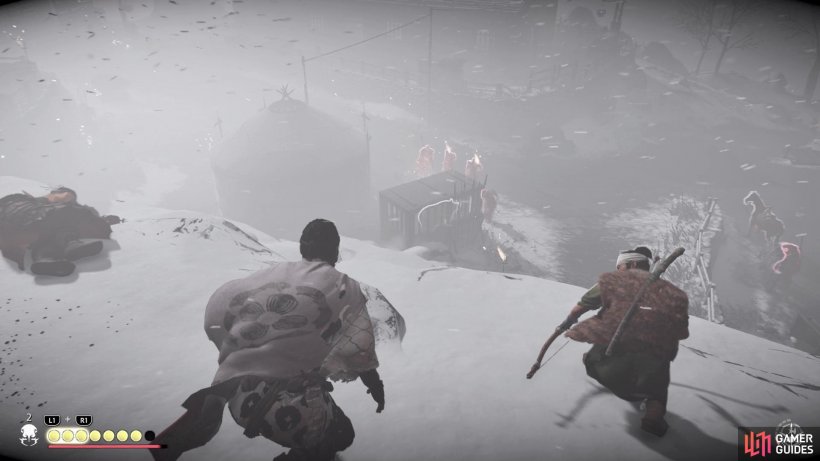 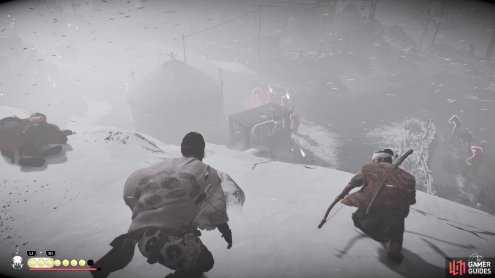 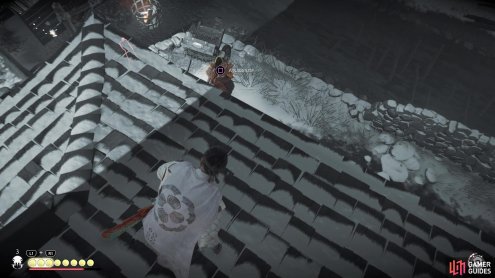 Freeing the bear from its cage can serve as a distraction (left), Being sneaky allows you to kill the guard by the hwacha (right)

With them out of the way, start making your way to the bridge and you’ll witness a huge explosion, most likely caused by Yuna. Climb to the top of the nearby gate to assess the situation, where you can do one of two things, either charge across the bridge or sneak across via some grapple points that lead underneath the bridge. If you go the sneaky way, then you should be able to get on the building next to the hwacha and stealth kill the Mongol guarding it. Mount the hwacha and begin using it to decimate the Mongols. Reinforcements will come from your right, so be ready for more. Eventually, all the Mongols will be killed and you’ll need to go help your allies. Head there to fight more Mongols and when they’re finished, the mission will be over.