Sephiroth is completely immune to magical damage, so you want to make your magic shortcuts Aeroga and Curaga. It is also highly recommended to have Strike Raid/Sonic Blade, Second Chance, Dodge Roll, MP Rage/Haste, and Leaf Bracer all equipped. Remove any other attack ability and have at maximum one additional Combo Plus so you can finish your combos. Berserk and Critical Plus are great to equip.

As for equipment, anything with Dark Resistance will help but don't sacrifice Defense for Dark Resistance. Use Ultima Weapon Keyblade or Divine Rose, whichever you have. Lastly, put an Elixir in every item slot.

The battle itself is in three stages and changes when Sephiroth loses 600 health. The initial phase has Sephiroth using slashes and an ability called Stigma, where he summons pillars of fire around himself. You can time your strikes on Sephiroth by leaping and swinging when he rushes at you, but it might be better to just use Aeroga and constantly Guard if you aren't good with the timing. When you do get a combo in you'll want to reach the Combo Finish or else he will teleport and slash you, to which you should Dodge Roll.

After you deal 300 points of damage you'll start to see Sephiroth attacking a little faster instead of just walking around. If you are having trouble, use Strike Raid repeatedly to quickly burn through Sephiroth's health and remain immune.

After taking away his first two health bars, Sephiroth will integrate a new attack into his pattern, Heartless Angel. You'll know you enter this phase because it's his first attack and he calls it out, "Descend, Heartless Angel" after he teleports to the other end of the arena. Here you'll need to hit him quickly. If you fail to hit Sephiroth either by using Strike Raid or Supergliding over to him, you'll be reduced to 1 HP and 0 MP. This is usually followed by a teleport slash and you're dead, so break this up!

During this phase it's best to just stay in the center of arena and wait for Heartless Angel since it's easy to get a good combo off on Sephiroth. If you have trouble with this, work on timing an Elixir as soon as you get hit with Heartless Angel and you'll back in the fight. In addition, Sephiroth uses Omnislash. With Leaf Bracer equipped you can cast Curaga to heal as he hits you if you can't dodge. Like the first phase, Strike Raid or Sonic Blade work well but also use a lot of MP.

When you deal another 600 points of damage, Sephiroth will be at his yellow health bar and start his third phase by casting Supernova. It is possible to dodge the meteors and the final hit which can be lethal, but it is once again best to use Strike Raid just before the hit so you are invincible, then immediately start damage on Sephiroth once he is no longer invincible. He also starts using Shadow Flare, conjuring orbs of darkness around himself that hurt and break up your combos. 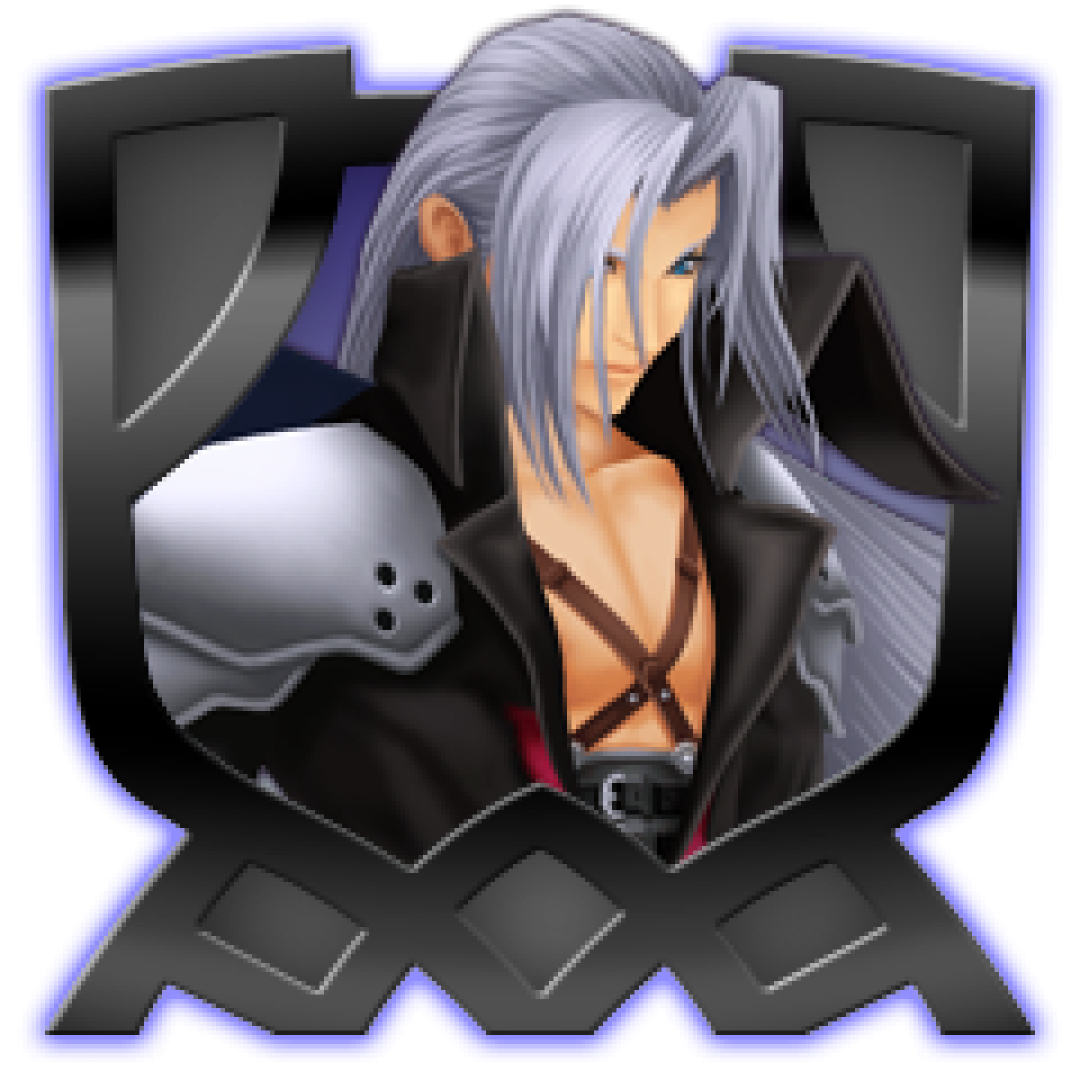 Defeat Sephiroth in the Platinum Match at Olympus Coliseum.