The first part of the mission has us swinging with Harper along a cliff face. Simply follow the on-screen button prompts. When you reach the ledge at the end of the section a scene will play. Afterwards, activate your wingsuit and jump off the cliff, fly over towards the objective marker avoiding any obstacles that get in your way. Deploy the parachute when prompted to do so.

Once you are on the ground, move forward and follow Harper. After a short scene it’s time to go! Note that in the area just in front there is a mixture of both visible and invisible enemy soldiers. When you are ready, fire the first shot and your friends will join in. Move up and into cover and keep killing the guys in the immediate vicinity, in the elevator to the left and snipers at the top of the hill in front until the area is clear.

When ready, start up the stairs and when you reach the top continue through the grass, killing the enemies in the way until you reach a helipad. There are a LOT of invisible enemies here. So stay in cover and take as many of them out as you can. When the coast is relatively clear, run over to the drone on the helipad and interact with the ‘access’ point to take control of its Gatling gun. It has a handy heat scope and will allow you to see all the enemies in the area. Use it to destroy the two vehicles in the nearby area and as many of the enemy troops as you can.

Once the gun fizzles out, you’ll return to Mason mode. Do a quick 180 and find the open doorway here to find a piece of [ enemy intelligence (1/3) ] . After grabbing this, make your way across the open area below towards the objective marker on the opposite side.

As you go through the arch, there are three turrets to take care of, one in front and one more either side of the middle a little further back into the area. Either shoot them or hit them with EMP grenades. Once they are dealt with, follow your crew over to the opposite side of the area, up the ramp and through the set path through the ruins here.

Once you are back in the open, take cover behind the blue crates here and take out the enemies in the direction of the objective marker. After clearing that area, continue up the stairs and head over to the right killing all the enemies here before approaching the temple doors.

Once Harper blows the door, follow the ramp all the way down until you reach the metal doors at the bottom. Wait a few moments and after we get these doors open, head inside and loot the box on the right of the room labelled ‘access’ for optical camouflage. Continue straight ahead until a short scene occurs.

You will now be confronted by a pair of security bots (nothing a grenade or two can’t fix!). Additionally, 5-6 guards will come streaming down the stairs into the room behind them. Clear the room and then look in the room to the left of where you entered and on a desk you’ll find [ enemy intelligence (2/3) ] . Continue up the stairs at the back of the room and head left.

Enter the open door here to find yourself in a large, open room on a series of catwalks. Work your way across to the far side, using cover and killing enemies as you go. Climb down the stairs in the room at the end to re-join with your team mates who took the lower level through the previous room. As you reach the floor, an elevator will come up nearby with four enemies on it. Kill them when the door opens and then head inside. Hit the switch and ride the lift back down.

As you reach the bottom, another security bot will attack. To destroy it simply and effectively shoot the metallic tanks behind it and to the left. Kill the enemies that come to investigate before proceeding into the room. Enter the door on the left hand side and ventilate the baddies that come to greet you. Stop when you reach the first corner on the left. There is a sentry turret on the roof in the hallway beyond, so when it is not firing and you feel safe to do so pop out a couple of times and destroy it. Continue to the far end of the room and exit.

Enter the large room beyond and interact with the ‘access’ labelled locker across from your entry for your very own security bot. Head over to the nearby door and open the crate in front of it for a scene. After a few moments, smoke will pop in the previous room, which can mean only one thing – enemy assault. Take cover behind the door frame and prepare to defend yourself. Several enemies will drop down from the ceiling, a pair of sentry turrets will appear on the far side of the room and the door at the top of the stairs will open, and allow a good 10+ enemies to pour into the room.

Do your best to eliminate them all from cover, noting that the sentry bot will help you out too. When the room is quiet, interact with the console to the left of the vault door for a scene.

Afterwards, kill the enemies that have appeared in front and return to the previous room. Quickly run over and climb the stairs the enemies came from in the previous defence sequence. In the office at the top you’ll find a piece of [ enemy intelligence (3/3) ] sitting on a desk. Grab that and continue up the stairs on the left.

Fight your way through the last few little lab areas here until you reach the hallway at the far end. You will hear someone address you. Exit into the next room to complete the mission. 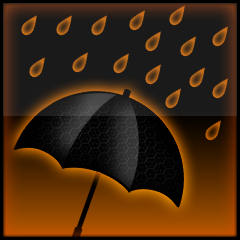 Shoot your way to victory in our massive and in-depth strategy guide to Call of Duty Black Ops 2. Inside we'll show you: