When you start the mission, run to the objective marker in front. You’ll assume control of a stinger turret. Simply lock on and shoot at as many drones as you can until a scene plays. Afterwards continue to the objective marker at the end of the overpass. Here you can choose between one of two options: You can rappel or you can snipe.

I would go for the sniping option as there are couple of challenges tied into it. Crouch down at the edge of the overpass and provide cover to your escorts. A bunch of enemies will make their way down the road towards your friends and a pair of machine gun trucks will show up. After a short while, snipers will appear on the opposite side of the overpass. Continue to take enemies out until a scene shows.

Afterwards make your way over to the left and look behind the flaming, white station wagon to find [ enemy intelligence (1/3) ] on the ground here. Continue straight ahead towards the objective, mopping up any remaining enemies as you go.

When you reach the objective marker get into the front vehicle. Now it’s time for a driving section! Just follow Harper’s instructions as you proceed along the fairly linear path the game lays out for you whilst avoiding any obstacles, falling debris and vehicles that try to stop you for a minute or so until a scene plays.

When you get out of the vehicle, help to destroy the CLAW unit that crawls out of the cargo container ahead. Once its dead, head into the container and open the ‘access’ gate at the back to earn yourself a hover drone. Exit and return to the street.

In the distance you’ll see a CLAW wandering about with a destroy marker above its head. The unfortunate thing is it has a Gatling gun and is able to spit out grenades. Additionally the area between you and the CLAW is crawling with enemy infantry. Kill as many of the soldiers as you can and when it is relatively safe, run into either the open door to the building on the left side of the street or into the train on the right side of the street – note that there is an piece of [ enemy intelligence (2/3) ] on the main counter in the building on the left. Whichever option you choose, work your way up to the CLAW’s location and hit it with a grenade to take it out.

As you approached the first CLAW, you will have noticed a second marker appearing in the distance. Move up to cover with the rest of your crew and then sprint over to the open cargo crate on the back of the truck slightly to the right. Inside you’ll find an RPG hit the CLAW with this 3 times to finish it off.

When its dead, make your way over to the area just in front of the Downtown Plaza building (with all the flashing lights). To the right of the cover here is a flipped APC with an ‘access’ point we can interact with for three friendly reinforcements. Afterwards, walk into the Downtown Plaza building, climb the escalator and look on the shelf below the shirts on the right for [ enemy intelligence (3/3) ] . Return to the top of the escalator and interact with the ‘access’ button on the wall to the left at the top.

Climb all the way to the roof and hop in the SAM turret here, if you can destroy 30 drones with this you will complete one of the mission’s challenges.

When you’ve had enough, exit the turret and return downstairs. Follow your squad until you reach an outdoor balcony area. A plane will crash nearby and enemies will spawn in the streets below and in the balconies in front and across the street to the right. Kill then and then continue down the nearby stairs and head straight through the alleyway in front.

Once you reach the far side you’ll see blue smoke in front. Continue to proceed to the objective marker on the left ensuring to take down any enemies on the balconies or various structures in the distance and those that get in the way. Once you reach the marker, a scene will play.

When you are back in control again follow Harper over to the objective marker and jump into the VTOL.

We now get to fly around and escort an ambulance. Before you get too carried away though familiarise yourself with the controls and when you are good to go, go and follow the vehicles on the ground. The first part is fairly easy as all of the enemy targets will be lit up with red markers to help you out. So essentially kill all of the helicopters and machinegun trucks that appear until a scene plays.

Afterwards you will now be moving super-fast and chasing down enemy drones. All you need to do here is fly your way over to the moving follow marker and sit there for a few seconds, then when you are able, lock on and shoot the drones as you follow them. Repeat this a few times until Mason ejects. 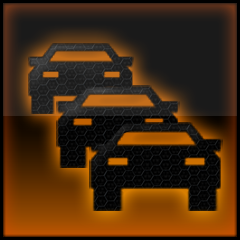 Late for the Prom

Escort the president to the secure location in downtown LA.