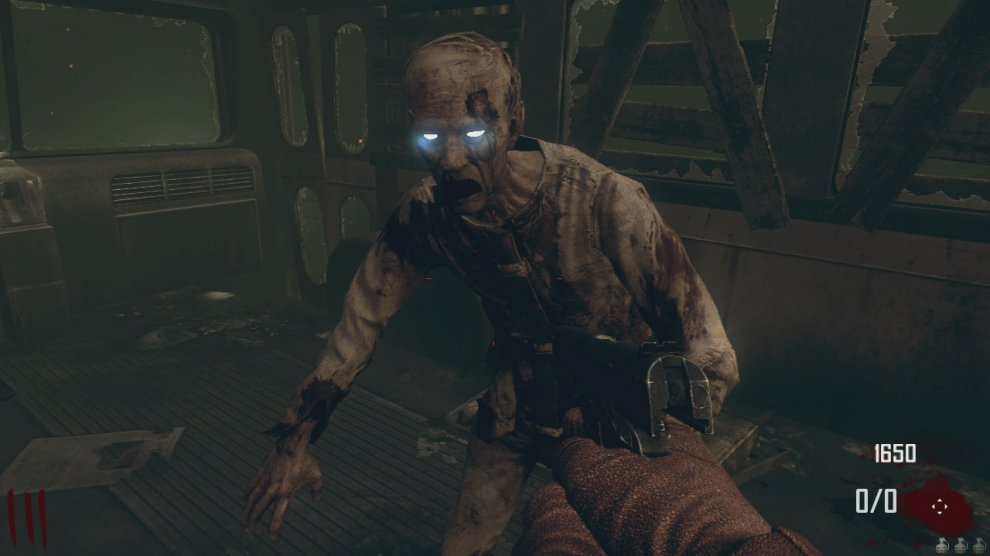 Zombies is essentially a series of survival maps in which you need to defeat and survive against increasingly difficult waves of the undead. Whilst it is not possible to ‘beat’ a Zombies map, there are a number of very cool Easter Eggs hidden in them that require a bit of work to get at. Of course, whilst the horde never ends whilst you work towards finding these Eggs, there are a number of items and processes available to help you to survive against the waves of the undead little longer. In the following sections we take you through a few of the general features of Zombies that might be useful to know.

During Zombies, players will earn points from killing the enemy undead. These points can then be spent on a number of things including:

Points are awarded for the following actions:

Zombie mode veterans would be well versed in how one can go about repairing barricades in order to keep the bulging massess of undead at bay. It is possible to build barricades and re-build obstacles over select doors and windows to slow down the zombie horde during a defence. This can be done by spending points which are earned from killing innocent zombies. Note that the zombies will tear down the barricades in time, so be prepared to rebuild if you want to stay in the one spot to defend.

Once of the new features of TranZit mode is the ability to build various items that can be carried around and used in different places for a range of useful effects. These include portable generators to open specific doors, powerful weapons, deadly zombie traps and objects that can alter elements within the environment in different ways. For a full list of craftable items, cast your gaze down to the TranZit on the next page.

Players will start off each map with a trusty pistol, but that will only go so far against the zombie horde before becoming ineffective. As such, each map contains a number of weapons that we can find and purchase to make things a little easier. These appear as glowing, blue chalk outlines on walls located around the levels.

Heading up and holding the interact button on one of these outlines will enable you to purchase the weapon. For additional ammo or for ammo upgrades, you need to return to the outline and interact with it again in the same way that you initially purchased the item.

The pack-a-punch machine can be located hidden away in each map. Once activated it is possible to purchase an upgraded version of your current weapon from it for 5000 points. Additionally, in the new TranZit mode the Pack-a-Punch machine will also allow you to buy additional attachments for your weapon for an extra 2000 Points.

Black Ops 2’s zombie mode also features returning power ups from the previous games’ Zombie modes. These power ups drop randomly off of dispatched enemies and provide a number of useful short-term buffs that give players a good deal of additional power for a brief period. Heres a list of the power ups in the game:

Carpenter > This power up will fix up and repair all of the broken barricades on the map.

Double Points > This power up is fairly self explanatory, you will earn two times the usual amount of points for a short period of time. shooting zombies in the bodies a few times and then knifing them will earn a hefty number of points!

Insta-Kill > This power makes any kind of attack you do against zombies an instant kill. Melee for best results (in terms of points that is).

Max-Ammo > This power up refills all of your ammunition. it also gives all friendlies full ammo as well.

Nuke > The Nuke power up will kill all enemies on the map.

Perk-a-Cola machines are similar to the multiplayer’s perks and after an initial purchase will provide useful, passive abilities to improve efficiency and increase survivability during the course of each Zombie match you play. The perks can be activated by approaching one of the hidden Perk-a-Cola vending machines and paying the requisite amount.

Here is a list of all the different Perk-a-Colas on offer in Black Ops 2 zombies listed alphabetically and what each of them does:

The mystery box is a crate marked with a question mark that can be found in random locations throughout the various maps. It costs 950 Points to open and contains a random weapon. In addition to the standard weapons you can find from chalk outlines in the levels it also has the chance to contain some of the games more powerful and unique weapons such as the monkey bomb, death machine and the ray gun. Once opened, the box will disappear and spawn somewhere else. Here are a few hints and tips to think about going into zombies: Maximise points early on by shooting the body 4-5 times before melee killing the enemy. At the end of a wave, ALWAYS leave one or two enemies alive so that you can wander around and make all of your preparations (purchasing perk-a-colas, weapons, upgrades etc.) for the next wave. Purchase weapons as necessary to deal with the increasingly difficult waves of enemies. Always purchase the Quick Revive and Jugger-nog perk-a-colas ASAP. Know your surroundings and learn the maps. Use the Mystery box as soon as it is available. Try not to get cornered. Whilst you may be able to get away with it on lower levels, when the waves get higher in number getting trapped will be a death sentance. Unlock and utilise the Pack-a-punch machine to really boost your weapons’ power to combat the more resilient enemies. Create a large, circular route within the map you are playing on and do laps of this, kiting the zombie horde as you go. The zombies will all follow in an orderly fashion, allowing you to mow them down whilst they are all bunched up. This is known as a ‘zombie train’ and is incredibly effective at ensuring survival to high wave numbers.