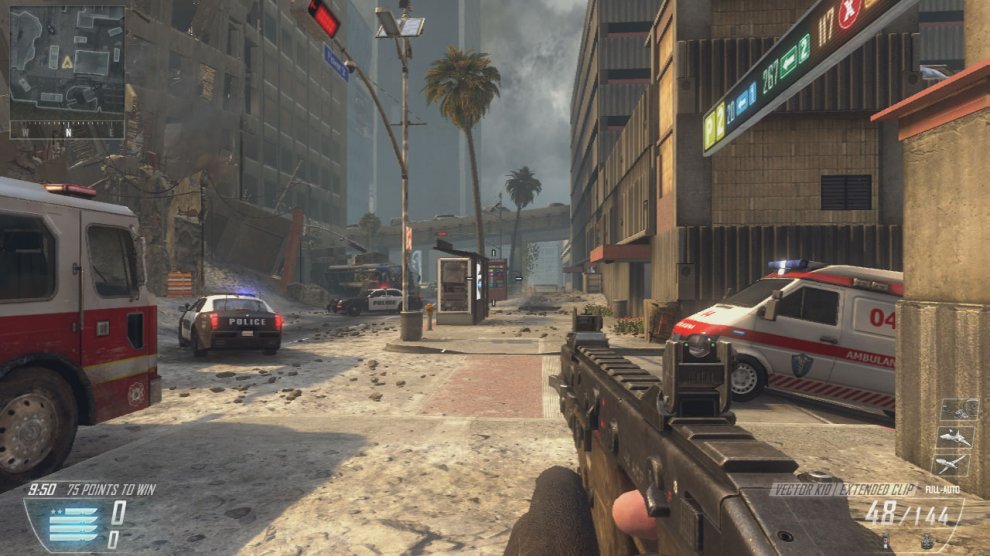 Aftermath is a symmetrical map based in the aftermath of the story’s drone attack. The two teams spawn at the far East and the far West of the map. At the Eastern starting location, there is a [Parking Garage] to the North, an [Crater] to the south and open [Parking Office] building in the centre. On the Western side of the map, there is an oddly shaped [Canteen] building to the north and a two tiered building to the south with an open [Bookstore] on the upper walkway. The centre of the map is dominated by a fallen skyscraper. To the north you can find its still intact [Lobby] beneath the rubble and to the south you will find a large [Debris Field] from the collapse. From the [Lobby], you will find exits leading to both the [Parking Garage] and [Canteen] providing straight, easy access between the two bases. Likewise the [Debris Field] features a number of tunnels, passages and vantage points to allow players access through the centre of the map. At the Northwest corner of the [Debris Field] you will find an indoor [Office] area with an elevator shaft you can drop down to enter the [Lobby] and a vantage point overlooking the [Canteen]. Running along the far south of the map from West to East is a [Road]. For the most part, the passage here is straight, with a few obstaces obstructing the way. there is also an entrance from the [Road] to the [Debris Field] at the centre point of the map.

> Flag A - Between the [Parking Garage] and [Parking Office] on the East side.

> Flag B - West side of the map near the fountain between the [Canteen] and the [Bookshop] .

> Flag A - West side of the map near the fountain between the [Canteen] and the [Bookshop] .

> Flag C -Between the [Parking Garage] and [Parking Office] on East side of the map.

> Site 2 - On the west side of the map at the fountain between the [Canteen] and the [Bookshop] . 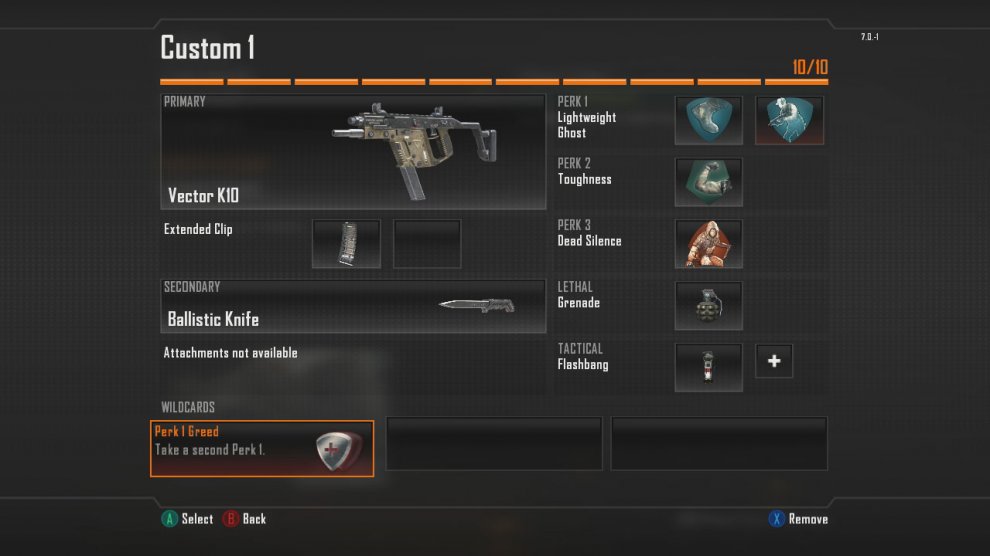 Avoid the [Debris field] as much as possible, it is quite open and vantage points at both bases have a view over large parts of this area.

If you are not sniping, you’ll want to be shotgunning or SMGing! the [Lobby] and the [Road] is where most of your fighting will take place and due to the cramped environs, close range weaponry is the order of the day. Use the environment to your advantage, don’t forget that blowing up cars can kill other players!

[Car Park] Second floor on the East side of the map: Features a nice vantage point over the open area between the [Debris Field] , the side-entrance to the [Lobby] and the space in front of this side of the map’s spawn point.

[Parking Office] on the second floor south of the [Car Park] . From here, you can look down the [Road] that runs along the south of the map and also look to the north for enemies coming out of the [Debris Field] .

[Office] above the [Lobby] This vantage point affords you a view from the top of the [Debris Field] over the western portion of the area.