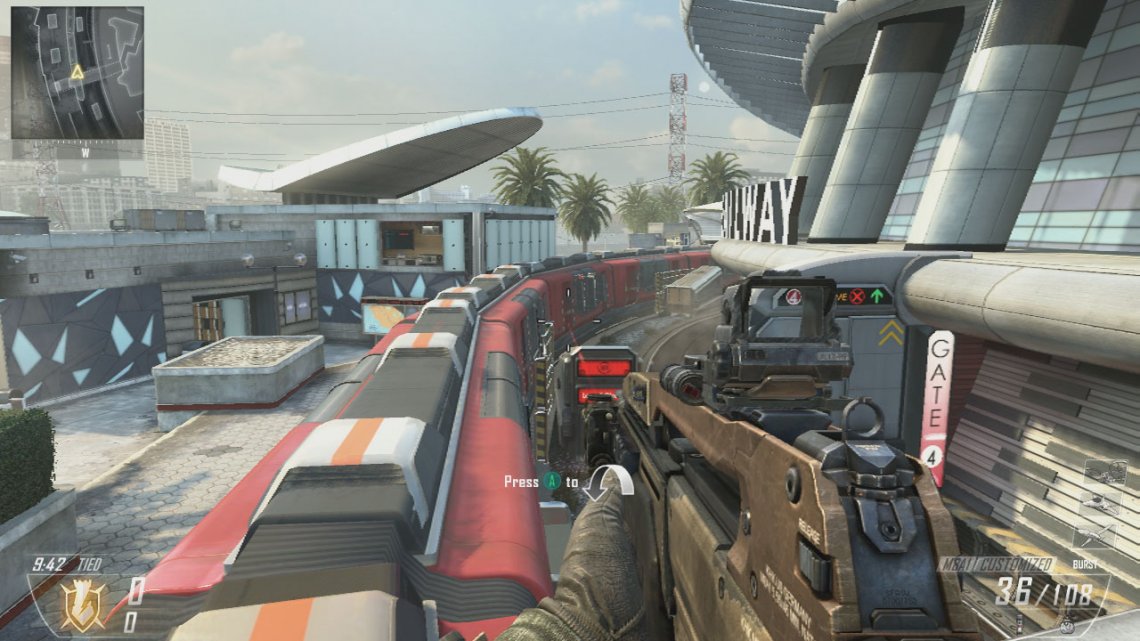 Express is a symmetrical mapped based around a Los Angeles train station. The two teams start at either end of the semi-circular train tracks [East End] and [West End]. Next to both of the start points is a passage with a downwards ramp leading to a large open room to the north - [Station]. additionally, crossing the train tracks to the south and popping up on the [Far Platform] at either end will give you access to stairs leading to identical raised walkways [East Walkway] and [West Walkway] overlooking the tracks below. The in the north of the centre of the map is the [Station]. From the southern part of this room is a large [Central Stairway] with a ticket office in the centre. On either side of platform at the top of the stairway, you will find stairs leading up to the [East/West Walkways] as well. On the south part of the central region of the map you will find a pair of buildings you can access and between them, a ladder you can climb to a [Control Centre]. On the southern set of train tracks, you will also find a derelict [Train] that you can use as cover and enter to get between the south/north reaches of the map. It can also be climbed on to access the [East/West Walkways]. The northernmost track occassionally has a live train running through it and if you are silly enough to get in its way, it will kill you instantly.

Flag A - Between the two sets of train tracks in the [East End] of the area.

Flag B - Between the two sets of train tracks in the [West End] of the area.

Site A - Southern area, outside the building leading to the [Control Centre] on the eastern side.

Site B - In the middle of the large [Station] room

Flag A - Between the two sets of train tracks in the [West End] of the area.

Flag B - At the point at which the [Central Stairway] meets up with the train tracks.

Flag C - Between the two sets of train tracks in the [East End] of the area.

Site 1 - Inside the ticket office in the [Central Stairway] .

Site 2 - In the spiral pathway leading from the [West End] down to the [Station] .

Site 4 - In the spiral pathway leading from the [East End] down to the [Station] .

Site 1 - At the point at which the [Central Stairway] meets up with the train tracks.

Site 2 - In the middle of the large [Station] room.

Site 3 - On the [Far Platform] next to the stairs leading to the [East Walkway] .

Site 4 - Between the two sets of train tracks in the [West End] of the area.

Site 5 - Inside the ground floor building leading to the [Control Centre] on the west side.

Site 6 - Southern area, outside the building leading to the [Control Centre] on the eastern side.

Site A - Southern area, outside the building leading to the [Control Centre] on the eastern side.

Site B - In the middle of the large [Station] room. 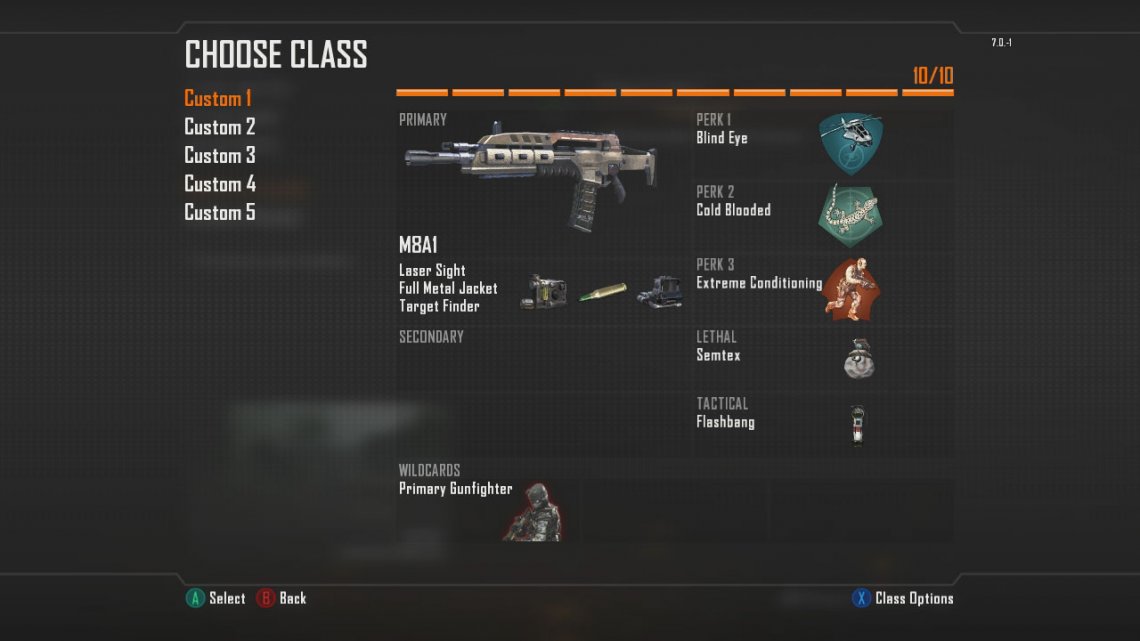 The primary action hotspot in express is in the large open indoor [Station] area on the north of the map. The [Central Stairway] to the south of this also sees a fair bit of activity, especially around the ticket booth near the top of the stairs.

The other hot spot is in the [Control Centre] building in the centre of the map at is southernmost point.

Indoors, players are more likely to have load-out builds that enhance speed with a short range weapon to get in close and kill you quick. Be sure to equip yourself likewise if you plan to spend time int he close-quarters zones.

When you hear the warning alarm, get off the tracks! A train will whip around and instantly kill you if it touches you.

If you feel like staying in the outdoor areas, equip yourself with mid-long range weapons. Be careful and try to stay out of the open as both the [East/West Walkways] and [Control Centre] have windows that will give them a nice view over the tracks and surrounding platforms.

[Control Centre] second floor: This building features windows providing a vantage point overlooking both the east and west side of the map.

[East/West Walkways] : The walkways leading from the [Far Platform] to the [Station] go right over to the top of the tracks and provide a great view of the areas below in both directions.