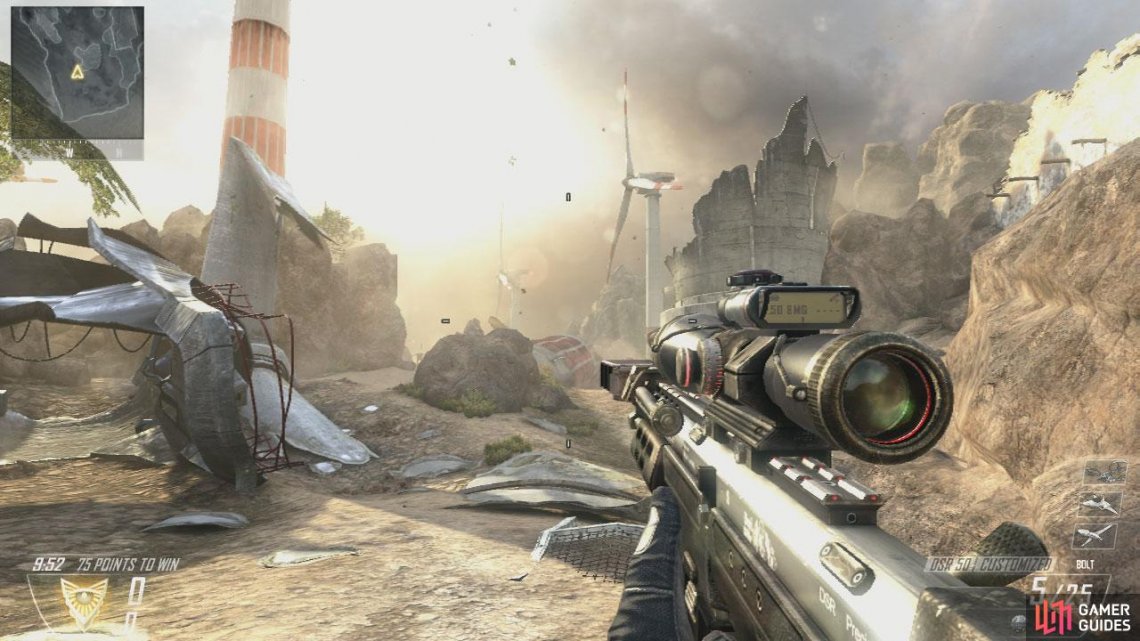 Turbine is one of the largest maps in black ops 2 and is set in a dusty valley featuring wind turbines, a collapsed oil pipeline and a number of small buildings. The teams will start on opposing sides of the map at the [East Base] and the [West Base]. The centre of the map features a lengthy broken [Pipeline] that runs down the centre of a valley and stretches from near the [East Base] to a [Bridge] in front of the [West Base]. Either side of the [Pipeline] are a series of dirt paths and rocks that provide cover to those planning to work their way up the valley. You can also run through the [Pipeline] to get quickly from one end of the side to the other. At the very north of the area is a large building [Control Centre] inside this, you will find a turret overlooking the valley and [Pipeline] below, additionally, the lower floor allow players to exit out to the valley with the [Pipeline]. Just to the west of the [Control Centre] you will find the [Bridge]. At the south of the map is a long dirt track along a cliff [South Track] that goes all the way from East to West. At the South part of the map between the [South Track] and the valley with the [Pipeline] is a large wind [Turbine] in the centre of a dirt clearing and a small structure overlooking the valley. On the East side of the map You will find a [Ruined Building] to the north of the [East Base] and behind this is a [North Raised Path]. From here you can look down to the [Pipeline] in the valley below. Following the path along to the West, you will find the [Control Centre]. To the south of the [East Base] is a path leading through a fallen turbine and up to the [South Track]. On the west side of the map, you will be able to see the [Bridge] that spans the valley from north to south. from the [West Base] you can climb up the dirt path to the south to find a small building [Building 1]. This gives a good view point over the valley. Out the back of this, you will find access to the [Bridge] on the left and another building [Building 4] higher up to the right. Through [Building 4] you will find the [Turbine] area and if you follow the path behid it you will reach the [South Track].

Flag A - At the end of the [Pipeline] closest to the [East Base].

Flag B - On the small hill in front of the [West Base].

Site A - In the clearing below the [Turbine] at the south of the map.

Site B - At the exit from the [Control Centre] into the valley.

Flag A - At the end of the [Pipeline] closest to the [East Base].

Flag B - At the very centre of the broken [Pipeline] in the central valley area.

Flag C - On the small hill in front of the [West Base].

Site 1 - Inside the [Pipeline] on the Eastern side of the central area.

Site 3 - In the clearing below the [Turbine] at the south of the map.

Site 4 - On the top floor inside the [Control Centre].

Site 1 - At the very centre of the broken [Pipeline] in the central valley area.

Site 2 - In the clearing below the [Turbine] at the south of the map.

Site 3 - On the [North Path] near the [Ruined Building] just north of the [East Base].

Site 6 - directly below the [Bridge].

Site 7 - At the exit from the [Control Centre] into the valley.

Site A - In the clearing below the [Turbine] at the south of the map.

Site B - At the exit from the [Control Centre] into the valley. 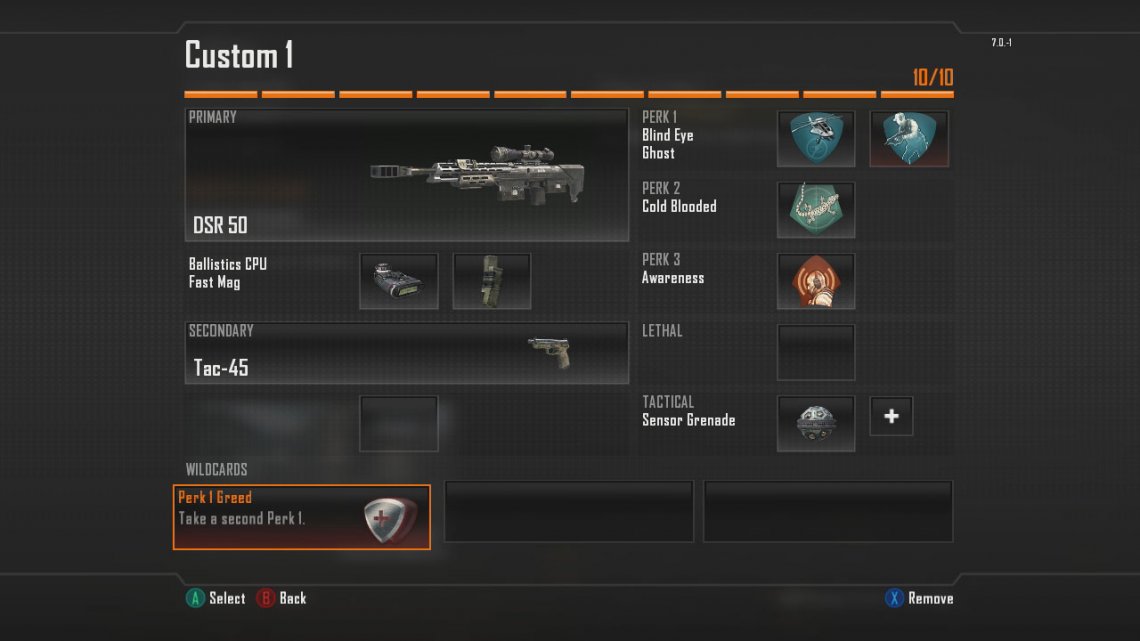 The major point of conflict in the turbine map is the broken up [Pipeline] area that is located in the large valley area situated in the centre of the map. This of course spreads to the various dirt paths along the edges of the valley, making wuite a large hot zone.

Additional areas of conflict include the enclosed [Turbine] area at the south of the map and the [Control Centre] at the north end.

Stay clear of the central valley, unless necessary and use the higher elevated paths and buildings located along them to pick off players who venture into the hot spot below.

This is a large map so unless you plan to spend the majority of your time indoors, a sniper rifle or assault rifle with a decent scope will serve you well.

[Bridge] : The [Bridge] is on the western side of the central hot spot area and spans the valley from north to south. It provides a decent view over the majority of the valley as well as the western spawn point area. It is howver quite exposed and the two access routes either side means there is a lot of traffic, so it is best to grab a few quick kills before moving on.

In the building to the north of the [Turbine] area: In the centre of a dirt clearing at the south of the map you will find a large, functioning [Turbine] and a small structure overlooking the valley behind it.

Inside [Building 1]: You’ll find [Building 1] near the [Bridge] . If you head inside, you can look through the window. This gives a good view point looking out over the valley.