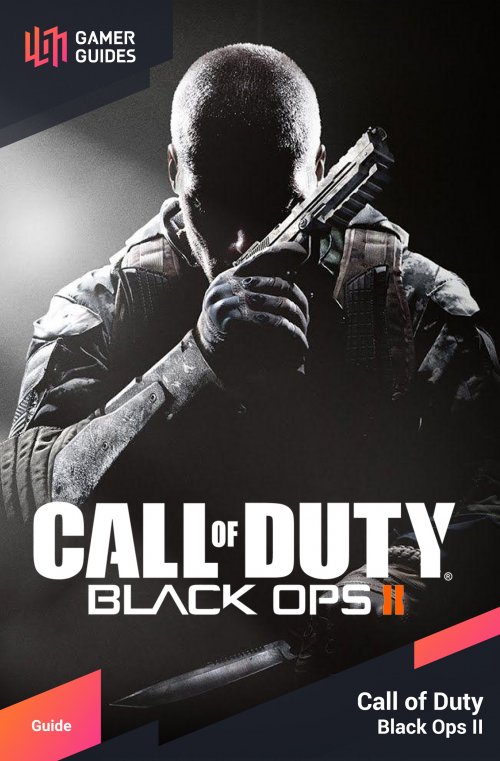 You’ll begin the mission hanging off the side of a truck. Wait until it stops and Mason will automatically hop off. Kill the guys rushing at you with machetes and continue forward following the truck we just jumped off. Kill any enemies as you go (note there is a challenge for killing 10 enemies with the machete).

When you see the truck on its side to the right of the area, head over and look behind it for Enemy Intel #01 [1/3] . Interact with the door that says ‘access’ to pick up some mortars. Around this time you will also be given the task to eliminate the mortar crews. Conveniently, the game will mark them with a target label to make things easier. There will be one directly behind the truck we just looted and another three behind some rocks over on the left side of the area. Fight your way over to them to kill them.

Once the mortars have been taken down, you will be able to call in an airstrike to deal with the tanks that have moved into the area. Selecting the airstrike will have you manually control the guns on the helicopter flying overhead. Hit all four tanks with rockets and you’ll return to being Mason on the ground.

Again, you will be tasked to take out a specific target. This time, the targets are the gunners on the back of the machine gun trucks. There will be one on the left and another obscured by rocks on the right side of the zone. Kill them both, whilst fighting off any other enemies mid-field. Once they are dead, defend yourself for a few more moments and when the game prompts you to use the airstrike, do so.

As the gunship, destroy the four tanks in the area and then another five on your second run (note that if you manage to destroy all 13 tanks you will complete one of the level’s challenges). When you return to the field, climb on the side of the truck and shoot enemies as you go until a scene plays.

When you regain control, you’ll be on a transport barge in the middle of a river. Using the shipping container as cover, clear the enemies from the deck you are on as well as the higher deck at the front of the boat.

Once it is clear, run over and open the crate marked with ‘access’ at the front of the boat for a flak jacket. At this point a number of other gunboats will come in to attack you and drop off troops. Note that on the lower deck on the right side of the area is a gun turret and on the left side of the upper deck there is another turret there. Use the turrets to destroy the boats as they come there are around 6 of them – the first three and the fifth can be taken down by the turret on the right, whilst the fourth and sixth boat can be destroyed using the left hand turret (Sinking five of these boats with turrets will fulfil one of the missions challenges). Note that if you cannot destroy them in time, you will be boarded and have to kill 3-4 enemy soldiers.

Once the gunboats have been dealt with, look behind the corner next to the turret on the top deck to find [ enemy intelligence (2/3) ] . Drop down to the lower deck and head over to where Hudson is waiting for you and open the cargo container for a scene.

Following this, grab the Valkyrie launcher and shoot the helicopter that is attacking your boat a few times until another scene plays.

After the scene, swim over to the beach and follow Hudson up into the jungle. Continue to follow him until you reach the village. Now to get through the next bit, we’re going to do a little bit of sneaking, so do exactly as Hudson says. Take cover under the log in front.

When it’s time to move again, follow Hudson, crouching when he crouches, stopping when he stops and running when he runs, after going through the building and sneaking by the patrols in the high grass a scene will play.

When you are back in control walk over and interact with the door marked with ‘access’ for some animal traps and pick up the sniper rifle leaning against the shack here (we’ll need this shortly). Continue up the dirt path nearby and crawl through the grass before hopping in the window. Approach the radio operator for a scene.

Afterwards, sprint back to Hudson and follow him down the road. As he stops, defend against the incoming enemies from the sniper platform to the left. Kill enemies until Hudson pops some smoke and you can retreat. When we stop again, climb up into the sniper tower on the far right side of the area for [ enemy intelligence (3/3) ] .

Defend this area until Hudson pops smoke again and then retreat once more, jumping down the waterfall to the area below. As you do, look back above the waterfall and kill the machine gunner on the back of the truck that appears there. Follow Hudson to the next defend point. Another machinegun truck will appear on the ridge to the left. Eliminate the gunner and then focus your attacks on defending the ramp to the left of the waterfall.

Defend for a little while longer and when Hudson makes a break for the beach, follow him and after a brief scene, the mission will be complete.