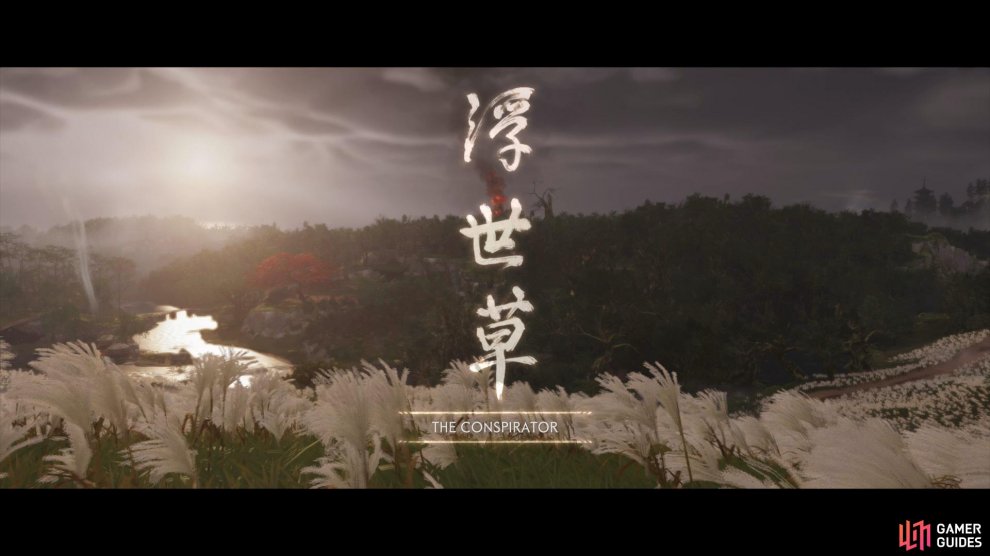 Upon completing The Thief Tale, head North of Kushi Grasslands and speak with the Monk to gather some information on Junshin, then talk to Masako to begin this Tale. 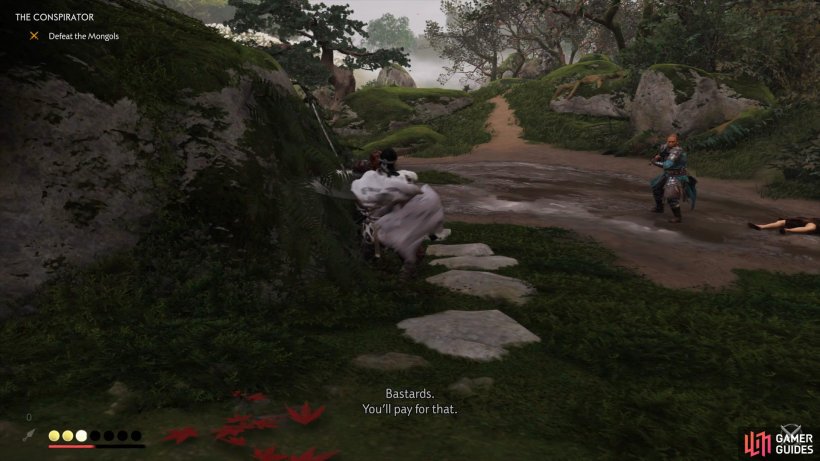 After the scene has come to a close, jump on your horse and follow Masako until you reach a camp, then take down the Mongol’s surrounding the area. Once the area has been cleared, follow Masako towards the temple, then hide behind the rock and get ready to assassinate the Mongol on the left whilst Masako takes the one on the right. Finally, go into the temple ahead and rescue Junshin from the Mongol’s to initiate a scene.

You’ll now find yourself facing off against Masako, so make sure you’re in the Stone Stance, then wait until she strikes and press [L1] to counter, now follow this up with a couple strikes of your own before getting back. 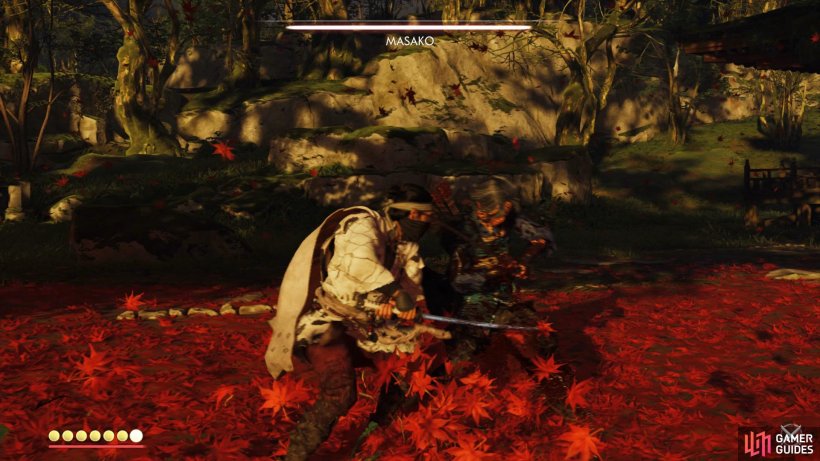 (1 of 2) Press L1 just before she strikes to counter 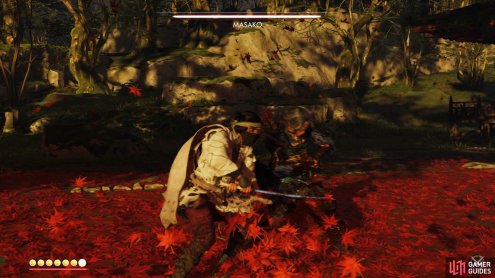 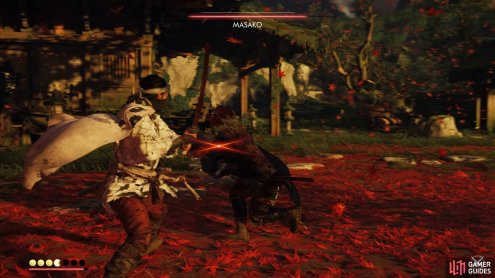 Press L1 just before she strikes to counter (left), then roll out of the way when you see the red marker. (right)

Like all Duels, Masako has a few Unblockable Attacks to beware of. For Example, she will sheath her Sword before a strike, then follow it up with another, so make sure to keep rolling backwards to avoid this.

Once the Dual has come to a close, you’ll face a group of Mongol’s that are firing Flaming Arrows and Explosives at you, so keep on the move at all times to avoid taking unnecessary damage. 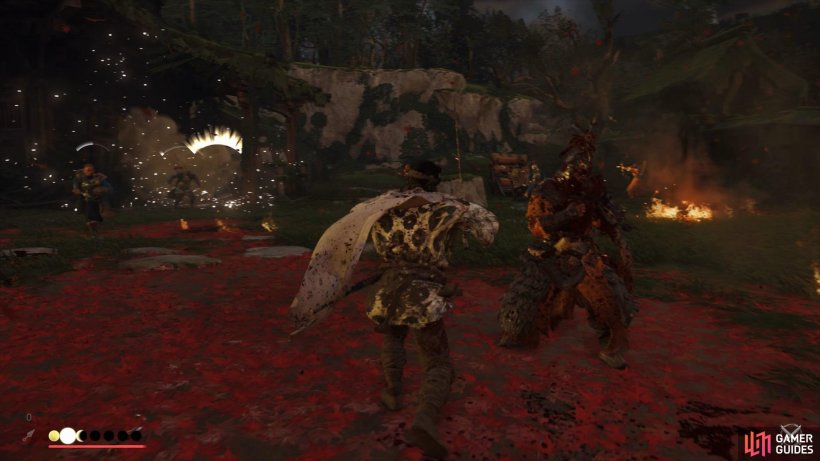 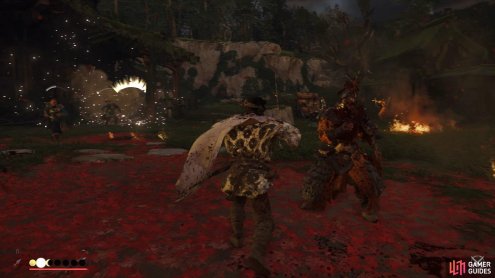 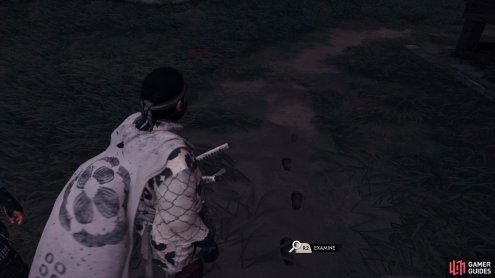 Keep on the move to avoid the explosives and flaming arrows when fighting the Mongol’s (left), then follow the footprints to find Junshin. (right)

After the Mongol’s have been defeated, follow Masako to find some tracks, then follow them to find Junshin.