Finish an Era with a completed upgraded Project¶

The early projects only ask for two objectives and, as long as you focus on food, the Forest Project is the easiest thing you’ll do all day.

Use the Ocean Giant and Forest Giant to create a Forest as you’re so used to and then use the Forest Giant to place a plant. Leave the plant as a Blueberry, we’re trying to force the humans to create a granary (Villages seem to base their choice of Project on the resource(s) they have to hand).

The Granary should then feature the Gatherer’s specialisation, meaning it will generate a total of 45 extra food just for having three plants within its borders; facilitate this by placing some Blueberries in the area.

are buildings that a village will construct as long as you give them the required resources to build it. The most important thing to check whenever one appears, aside from what it needs, is the Project’s Specialization. This will normally reward the contruction of certain objects with a huge resource boost and will go towards the construction of the Project itself. Always read the specialization. 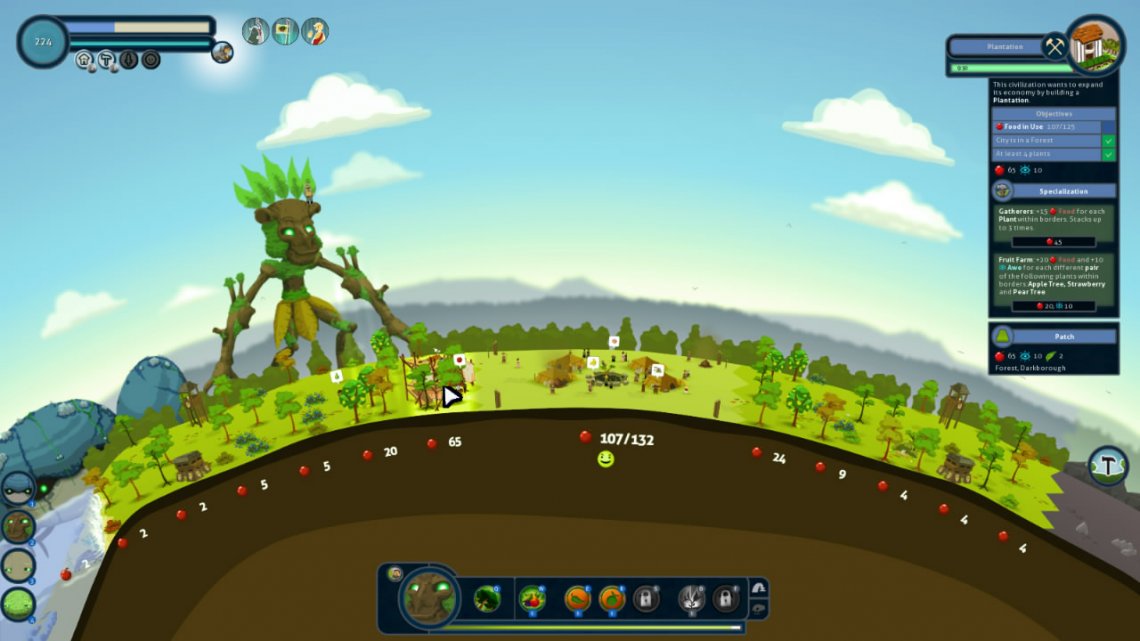 With the granary built we need to boost Food production without touching other resources. Hoist the Ambassador onto the Forest Giant’s shoulders and now set about raising a few Apple Trees with his Fruit aspect. We also need the Ocean Giant to help us out with some Chickens. We’re aiming to place them as alternates; Chicken, Apple Tree, Chicken, Apple Tree etc.

Doing this will boost Food production to crazy heights and should cover the Granary’s expansion, giving you a fully completed upgrade.

If the Granary decides it wants to be a Mill instead simply call in the Swamp Giant and throw his plants around.