The first thing you need to do is select your Rock Giant and raise a mountain. With the point touching the sky a desert will slide out along both sides, giving you a choice of where to create. Left or right? It doesn’t make a huge difference, but you should be placing your first resource a good three or four tiles away from the mountain’s edge to encourage settler growth further into the desert.

have their own unique properties and generate different resources to the desert that lays under them, in this sense they are rather like Oceans (though not as restricting). It’s also worth noting that Nomads won’t settle upon mountains (they worry it’s actually a sleeping Rock God, you see, and I certainly wouldn’t want to sleep somewhere if I was worried about disturbing Alice Cooper). 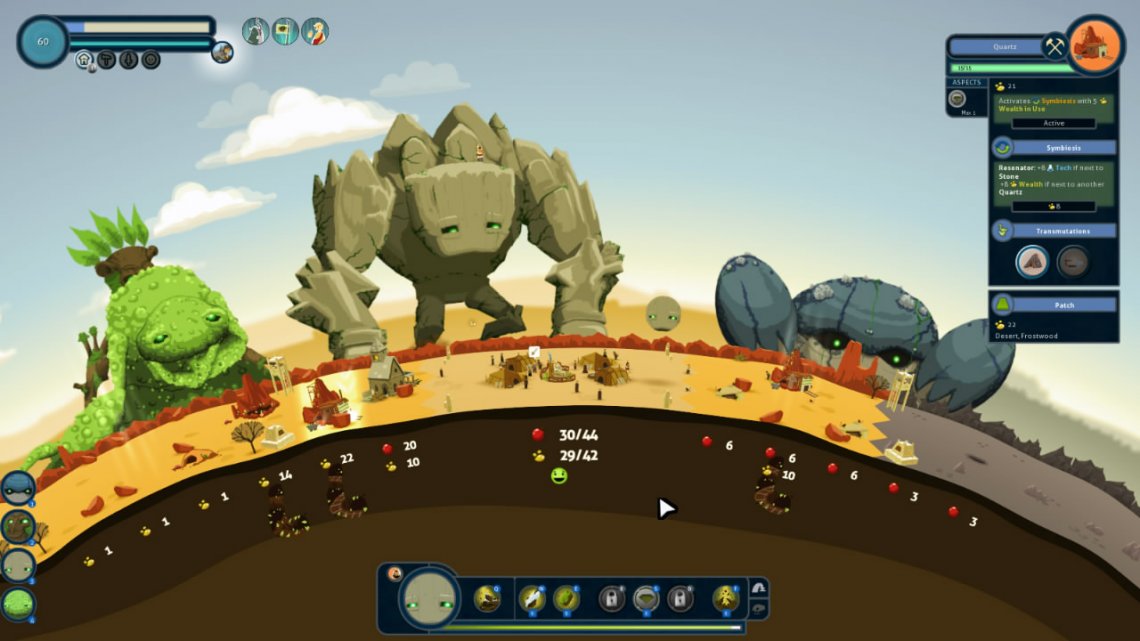 The first resources you’ll want to place are the Swamp Giant’s Exotic Animals and the Rock Giant’s Quartz as Desert Tribes are particularly fond of wealth. Before long your village will start its first project, answer their needs by placing the relevant ‘things’;

You’ll find that the Rock Giant’s Quartz and Stone make wonderful buddies depending on the requirements. Multiple instances of quartz can bring in the money, while a mix of Stone, Quartz and animals can cause a big Tech boost (particularly when using Swamp Giant animals). The best option for food, at this early stage, would be the Ocean Giant’s animals with a Mineral nearby.

Simply respond to the village’s project demands quickly and you can easily reach 100 prosperity in no time, once the borders expand.