Reus is part puzzle game, part God game. A beautiful take on the God genre that focuses on the growth of settlements through the use of interconnected resources, rather than in the micromanagement of required elements and the quibbling happiness of your man-servants.

To put it simply, Reus is a game about giving the people what they want, when they want it. You don’t need to give a settlement food for it to live, nor does it need wealth or science to thrive. Instead Reus tasks you with answering the requests of a village through clever positioning of environmental features, such as animals and plants.

This is where the puzzle aspect comes into play. The objects you place upon the world generate specific resources, but the way you place objects is important; elements of the ecosystem talk to each other. Place two basic plants next to each other and both will produce a nice bit of food, but place a plant next to an animal and the two may share a ‘symbiosis’, creating more food together than the two would apart.

Different terrain leads to different animals, plants and minerals, and so every village request has its own specific quirks for you to work around and fulfil. 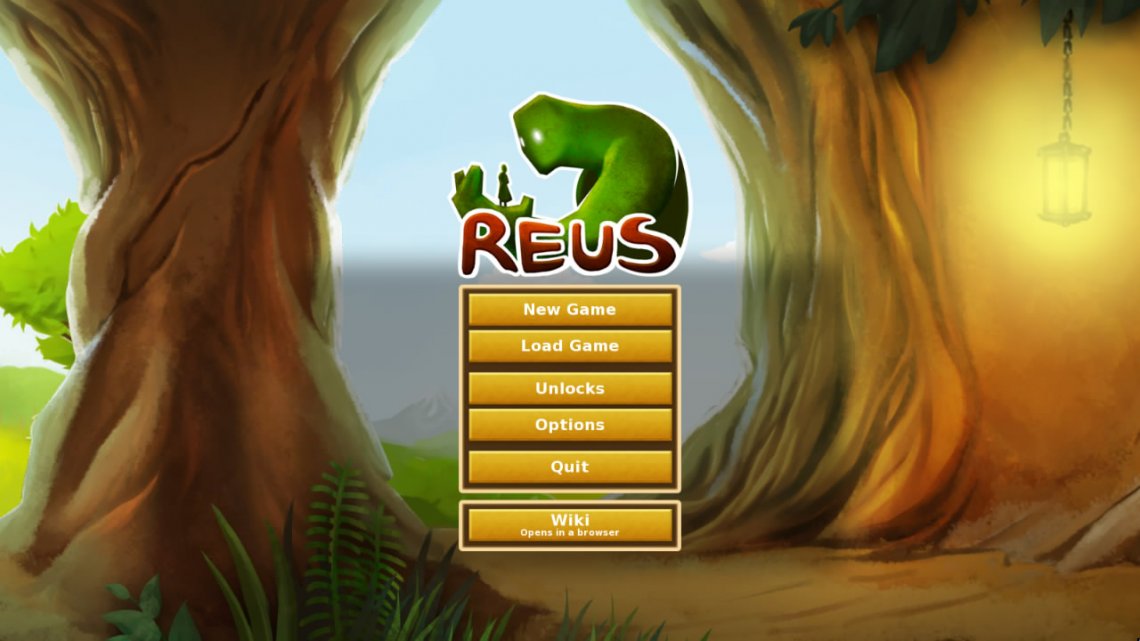 Reus is still a God game, though. You may not have to specifically ensure that a village can survive but the denizens of your planet can still grow angry and attack things should they get greedy, and sometimes you’ll be forced to squash a rebellious settlement. Reus is all about balance and brainwork.

So that’s Reus in a nutshell. It’s about laying the foundations for a settlement, and then reacting to the demands of the people, using your expert knowledge of your Giant’s abilities in order to maximise the resource output with what you have to hand.

Great, and how do I win?¶

An interesting question. Reus does have ways to progress, and things to unlock, but it offers you a modicum of choice when it comes to how you move through its challenges.

To cut a long story short Reus has a tiered structure of developments – one star, two star, three star, and four star – and fulfilling the requirements of a certain number of developments will ‘unlock’ the next tier of developments alongside new Projects, new Giant powers, and a longer in-game clock.

So you ‘win’ by accomplishing development criteria, and as long as you’ve reached the required tier then you can attempt to unlock any development you so desire.