With the forest looking all luscious and green you’ll need to place some resources. Start with the Forest Giant’s fruit and the Water Giant’s animals, as these abilities generate the most food (a common resource for Forest settlements). Place Blueberries four tiles ‘into’ the plot, counting from the edge, and then place your animals three tiles ‘into’ the plot. This will funnel the village into the centre of the forest.

Prosperity is the total of a village’s collected resources (Food, Wealth and Tech). If you look underneath a village you’ll be able to see a display detailing its collected resources, but also its potential in each area. Given time a village will collect all of its available resources, reaching said potential. It’s up to you to create as many resources within a settlement’s boundaries as you can so that the village can reach a high ‘prosperity’ total. 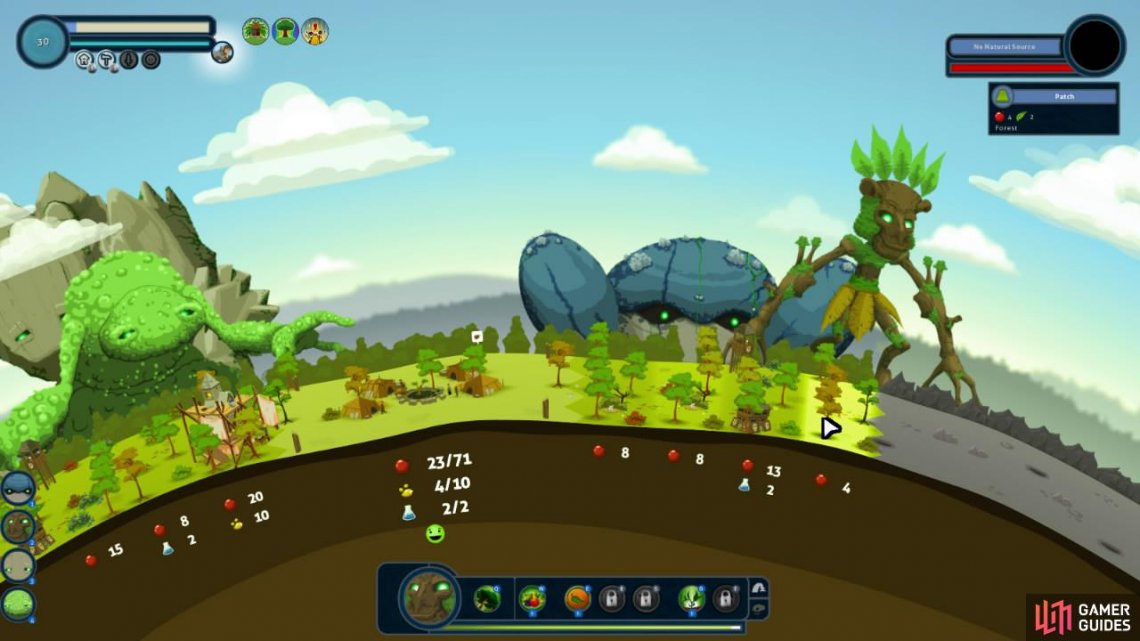 With a few plants and animals boosting their food supplies it won’t be long before long your villagers will start their first project. Answer their requests in the required areas by generating the appropriate resources within the village’s boundaries;

Also take note of the project’s own specialization (likely asking for plants or animals to be placed within the village’s boundaries). Fulfilling these requirements can give a settlement a huge boost.

Through a combination of funding the settlement’s project, fulfilling its symbiosis requirements, and maximising the tiles available to the village, a prosperity of 100 should be easily achieved within ten minutes of starting the game.