The entrance to your first tomb is right next to the Jungle Ruins Base Camp. All Challenge Tomb entrances are marked by yellow painted skull décor, so if you see these, rest assured you’re in the right place. 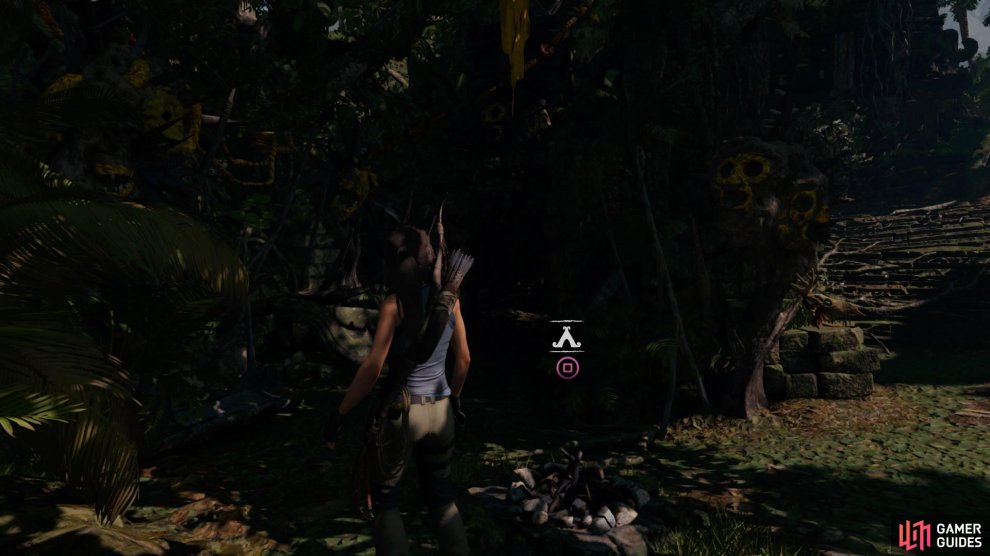 Enter through the doorway and head forward to crawl beneath a tunnel of roots to get inside. Then follow the trail forward until you have to duck under an activated spear trap, followed by climbing up a scratched tree to perch on the branch. Swing from the next branch and catch the craggy wall with your axe, climbing left to jump over some bricks and land on the other side. 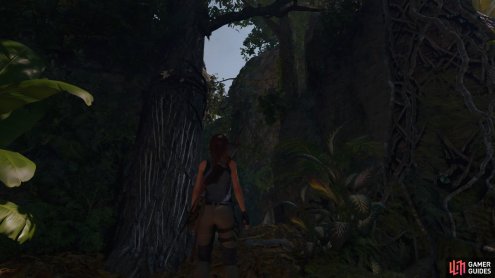 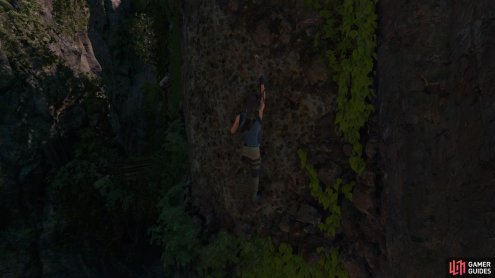 Disable the spear trap by cutting the tripwire and scramble under the spears. Before you continue the linear path, you can pick up an Explorer Backpack against the wall on the left next to the skeleton.

Then balance across the tree ahead of you to jump across the branches to the craggy wall. Rappel down from the wall and swing over to the other side. Follow the short trail to an abandoned camp site. 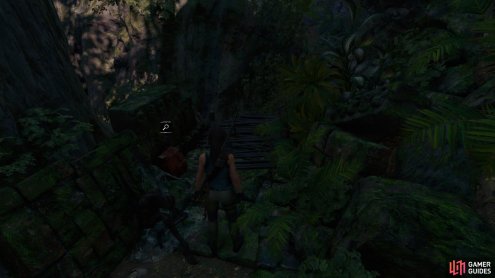 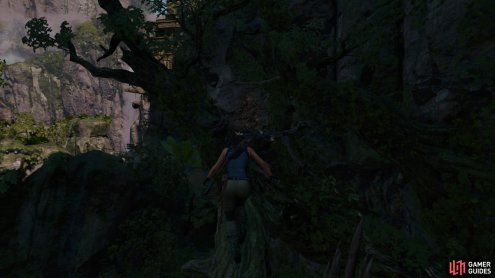 If you look around you can break open a few salvage crates and pick up some resources. On the table to the left you’ll find Document – At the Gate. 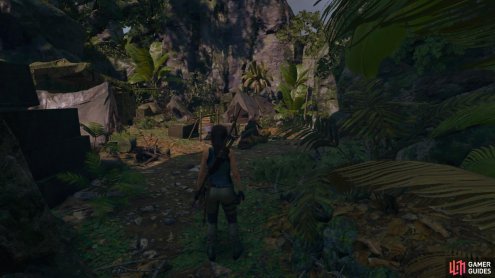 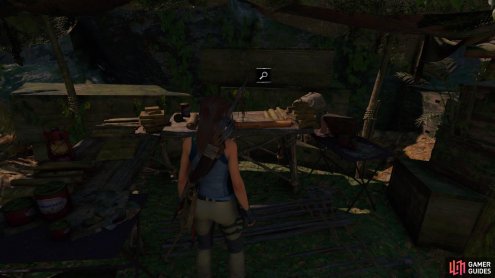 Now head right of the camp to scramble up a wall and attach to the rock face above. Traverse up and jump left, shimmying across until a falling rock causes Lara to lose her grip. Quickly tap the Interact button and then jump left to land at the site of the Canyon Ruins Base Camp where you can upgrade or purchase Skills if needed. There’s also a salvage crate nearby. 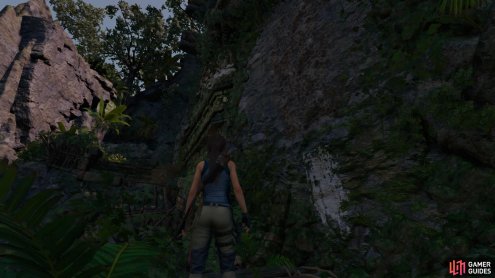 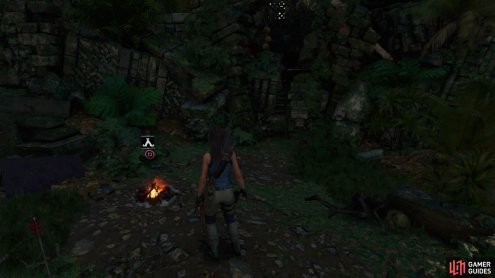 To the right is a gap in the wall – squeeze through to enter the room on the other side. Pick up some resources and then scramble up the far wall on the right to get back outside. 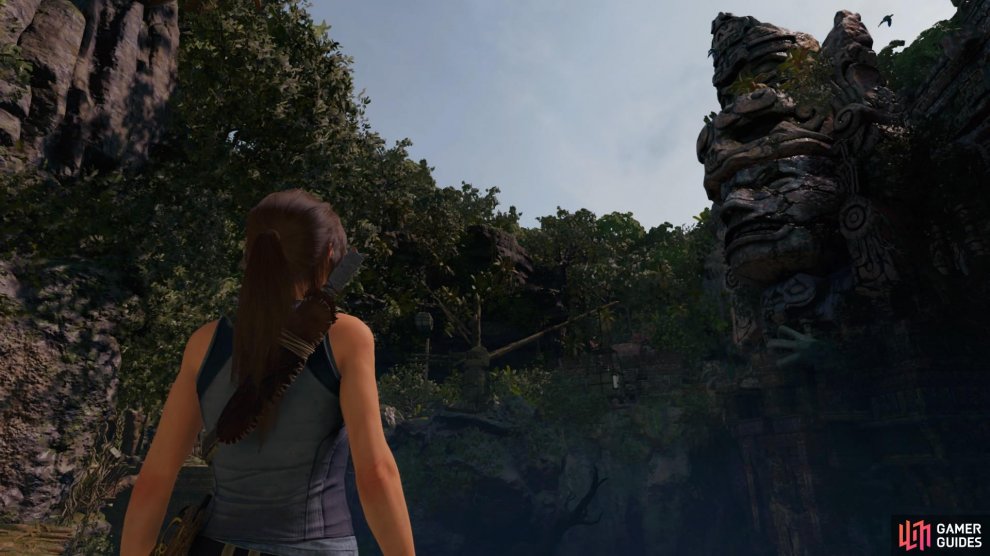 Run left and jump to the craggy wall, then rappel down to swing to the ledge below. You can go into the cubby hole immediately to your left for some resources, but then climb the scratched tree and use your grapple axe mid-jump to swing to the other side. 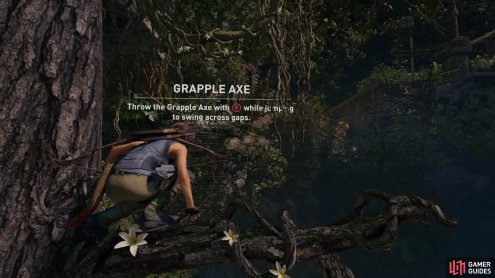 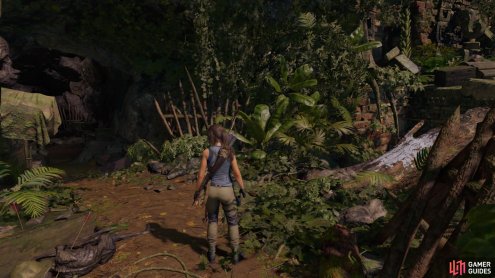 Before you continue, head left into the cave to pick up some resources and a survival cache, as well as Document – Finger Length Away in front of some crates against the right wall. 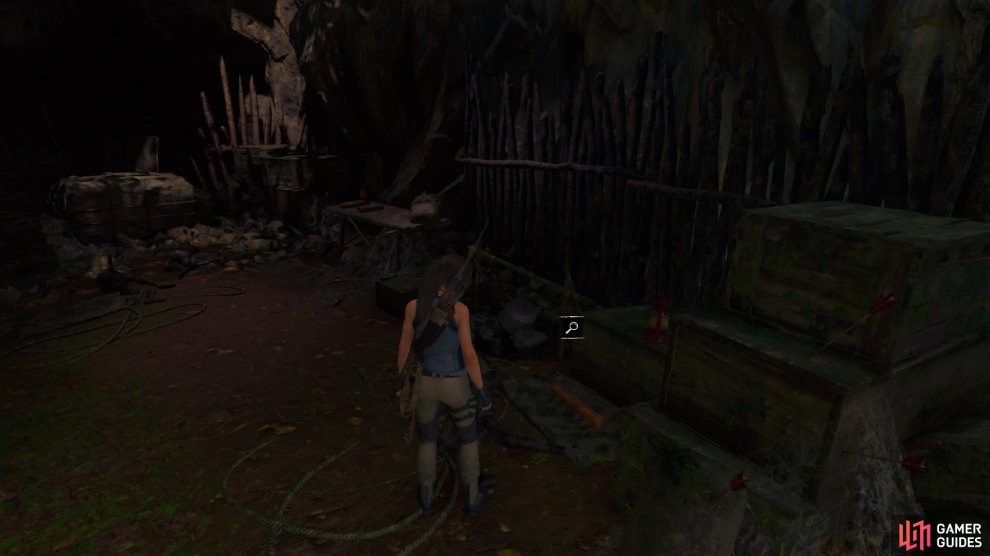 Now go back outside and balance across the tree on the right. In order to get to the stele on the other side, you’ll have to complete a small puzzle.

The steps are as follows: 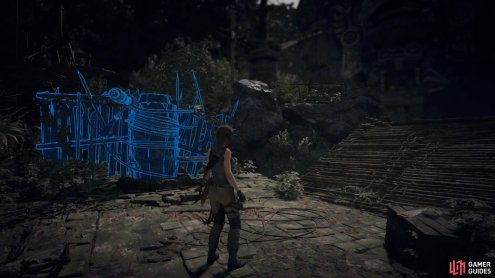 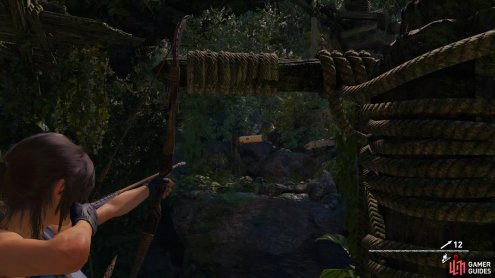 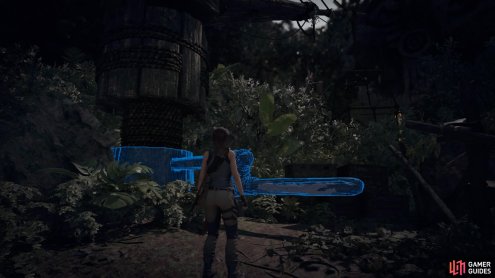 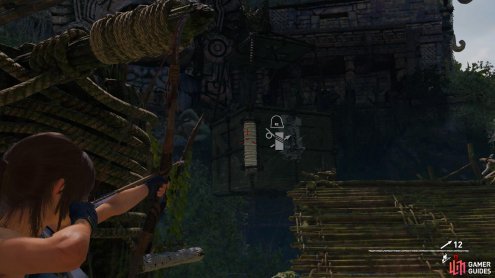 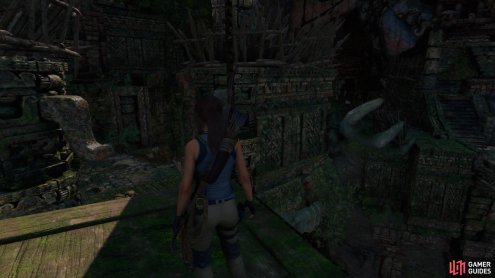 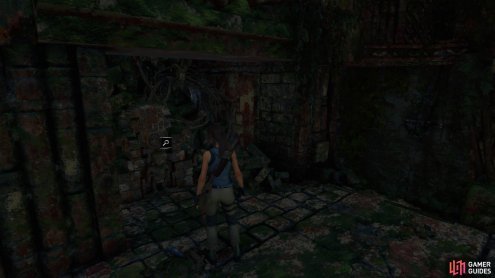 Check for resources nearby then head right to find a mural. Then jump to the wall, again on the right – Lara will slip from the first handhold and fall to the one below. Tap the Interact button to regain your grip and shimmy across to jump to the craggy wall.

Wait for the first rock to fall, then quickly jump to the next craggy wall to avoid the second. Now make your way up to find the stele and receive a new Skill, Eagle’s Perch. 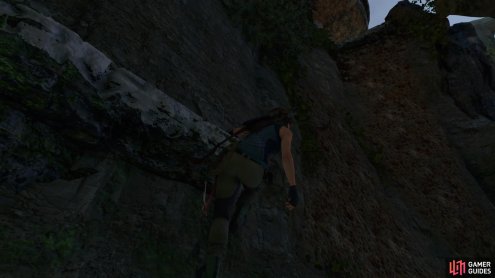 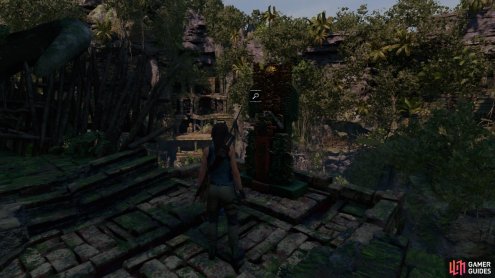 On either side of the stele, behind you, are two barricades you can pull down to find some Gold.

Now that you’ve completed the tomb, it’s time to leave. 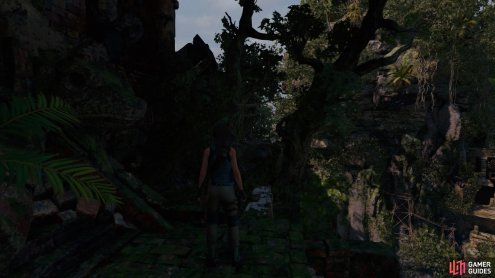 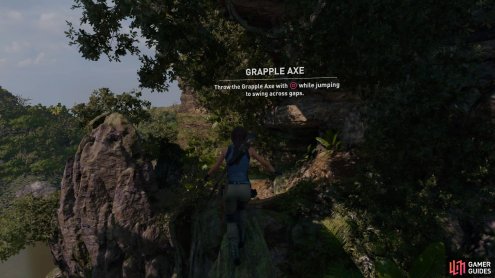 Follow the path, tether a rope between the two wooden posts, and slide down to the trail below. Now simply follow the path to leave the tomb the same way you entered to return to Jonah. 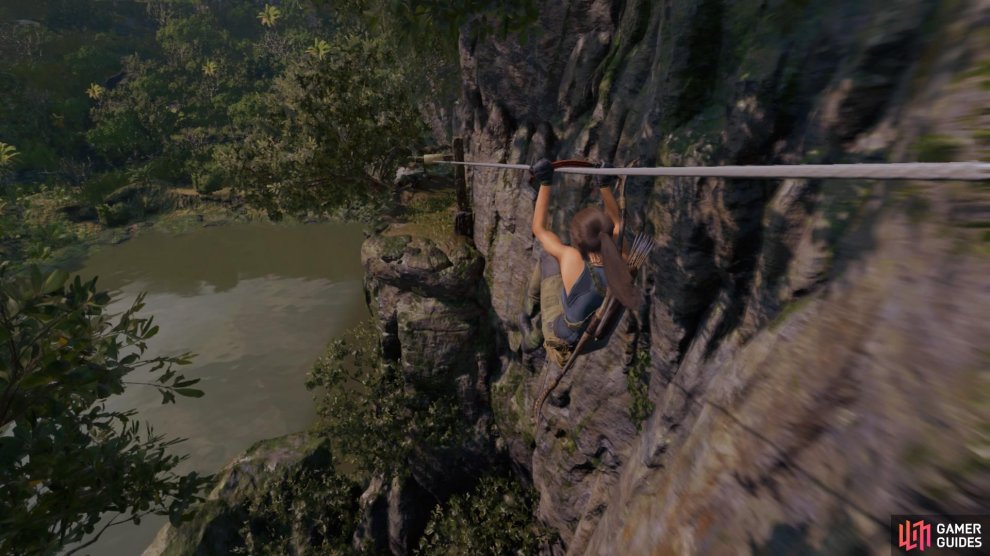