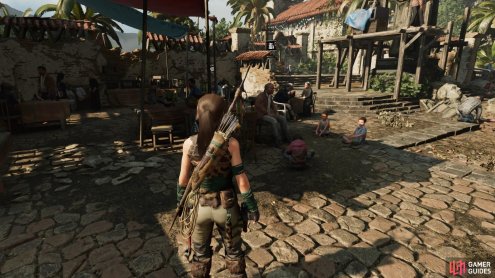 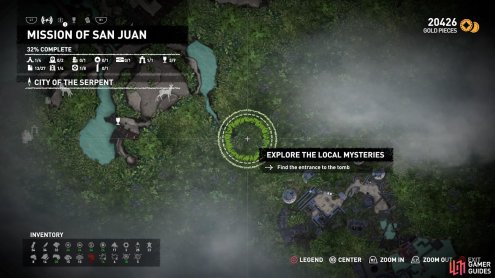 From Manu, head back to Sara and Guillermo and run past them left of the river until you come to the Riverside Base Camp. It’s just outside of a stone structure where you can pick up an Archivist Map and Document – Journal of T. Serrano 13 inside.

Head right across the wooden bridge and then forward across a second one until you come to another stone structure surrounded by squabbling turkeys. Stop at the Ruined Tower Base Camp, then head left to cross over a log and come out high above the river.

Move forward to find a flammable barrier on the left and burn it down with a fire arrow. Inside are some resources and an Archivist Map.

Return outside and dive into the water below. Swim straight ahead to the far side until you see the yellow painted skull entrance and make your way inside. Follow the trail, picking up Document – Last Words, until you reach water again. Dive below the surface at the end to swim down into the tunnel – hide in the concealment to avoid the eel swimming overhead. Swim forward through the tunnel until you can resurface on the other side. Scramble up the wall to reach a flooded cavern.

Swim over to the left where the mural is (inspect it) and turn around to aim your bow at a rope coil high up on the right wall. Pull the barrier down to drain the water, then wade through the mouth of the skull.

Slide down the slope and drop into the water at the bottom. Dive under and swim through the flooded room – watch out for the piranhas – and squeeze through the crevice on the other side. In the next room, there’s a raft tied to the floor, so dive under and cut the rope. Then climb on to the raft and scramble up the wall.

At the top is the Flood Basin Base Camp and some salvage – do what you need to here before continuing. Scramble up the wooden boards and duck through the tunnel to reach the next room. 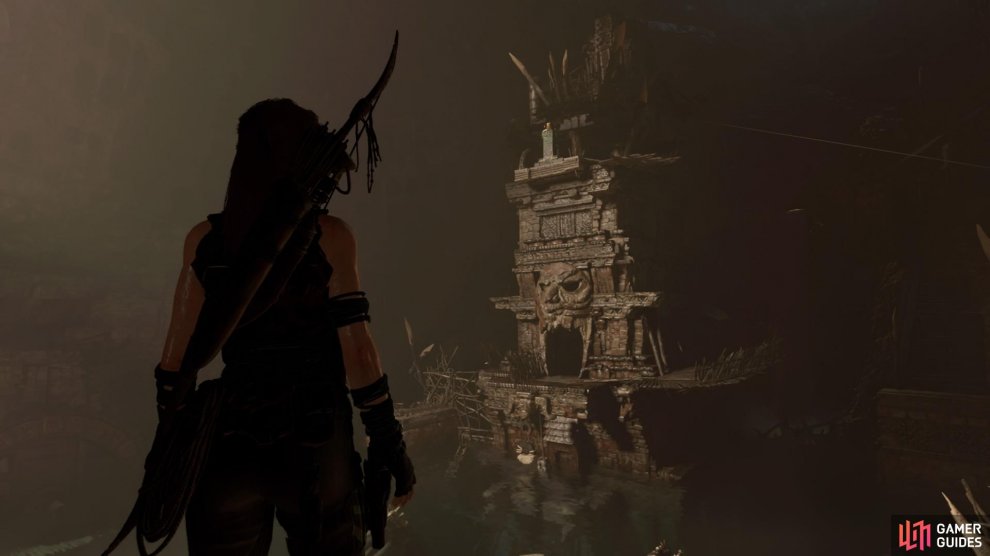 The stele sits high up on the structure ahead, but the gate underwater is closed. The water is full of piranhas, so avoid them as you swim and use the rafts to get away if they spot you.

Drop down into the water and climb straight on to the closest raft, then jump to the second one. Look straight ahead at the rope-wrapped anchor ahead – it’s connected to the gate. Dive into the water and swim towards it, and search for a hole on the left down below.

Cut the rope to release another raft and climb on to it, then climb up the short wall on the left. Follow the walkway to the back of the cavern. Pick up Document – Testament of T. Serrano next to the lever and inspect the mural on the back wall.

Note: You can dive underwater to find a short corridor beneath the waterwheel to pick up Relic – Primitive Doll. You can find the doorway marked by a glowing survival cache.

The lever rotates the water shoot above you, and on the right is a giant bucket mechanism that hangs from the ceiling. On the left, the waterwheel remains motionless. 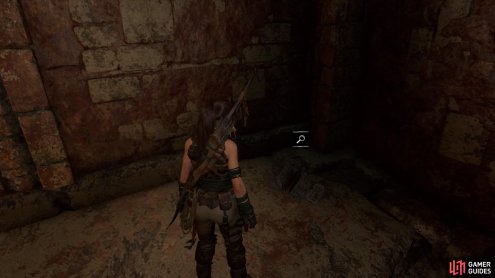 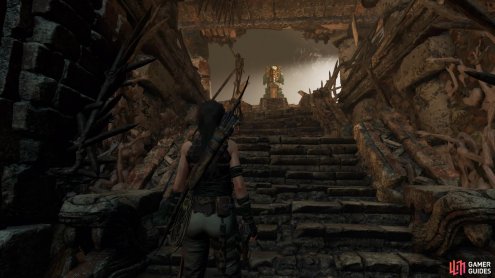 From the left of the stele is a zipline – slide down it to drop on to a slope. Scramble up the wall, jump the gap ahead, and continue along the path until you hit another slope and drop into the water.

Avoid the eel from before and continue on until you’re back outside. From here, simply make your way back to Manu in the village to receive your reward. 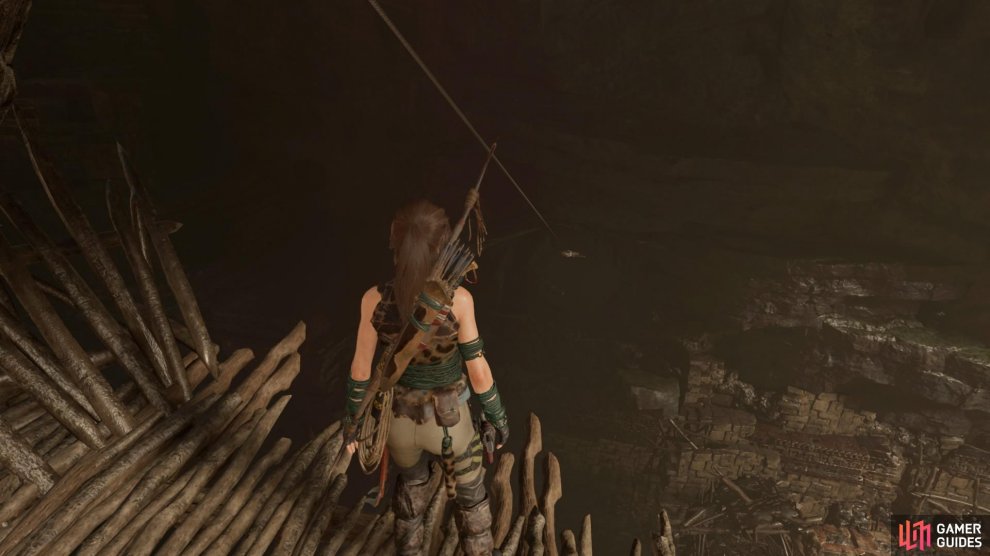