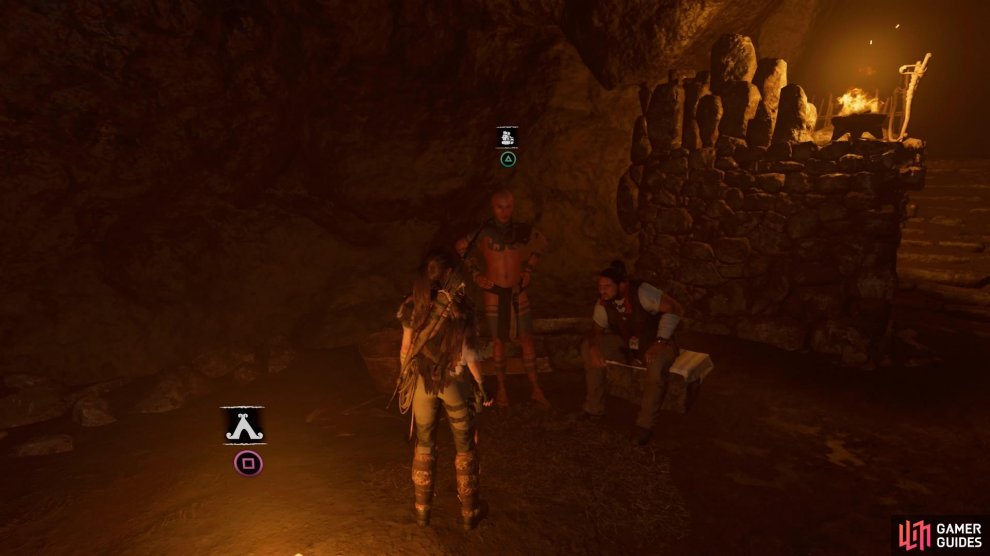 This mission first becomes available after you return from the Head of the Serpent - Uchu is with Jonah in Unuratu’s home. If you decide to come back later, Uchu will be relocated in Skull Cave next to the Base Camp. Speak to him and he will ask you to fetch the King’s Horn from a man named Kabil.

Follow the green waypoint marker and cross the lower bridge to head straight to Kabil and his family. His wife is in bad health and in need of medicine.

Now head back to Uchu to hand it over – but your mission is not over yet. 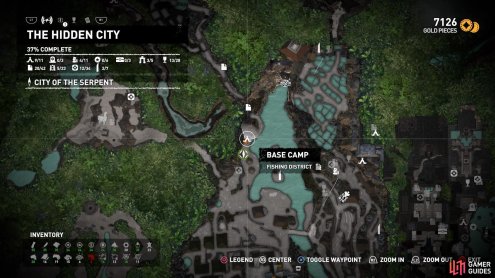 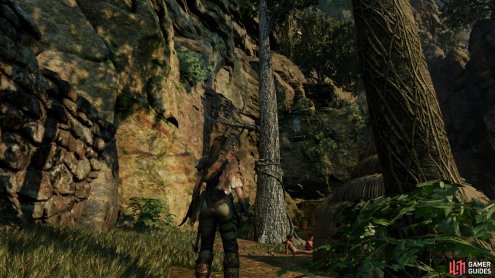 Now you must find the amulet located in a cave on the far side of the village. Start at the Fishing District Base Camp and look for the singular white tree.

Climb the tree and hop over to the cliff to climb up the ledge. Run right along the ledge to jump to the next one and climb up. Then jump from the protruding rock ahead, swing over to the cliff, and scramble up to find the cave entrance. Look over to the left for Document – The First Emperor on a stone block before you head inside. 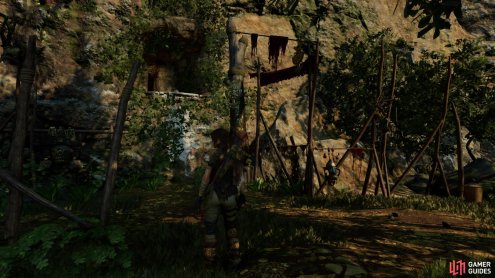 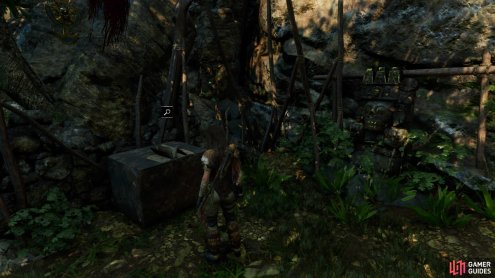 Duck under the spears and hop over the hole in the ground. Stop at the small fire to pick up Document – The Cult’s Control, then continue forward to the dead end. Inspect the mural and break through the weak wall on the left. Disable the two spear traps on your way through the corridor.

In the next room you’ll find Document – Protection on the left and Relic – Golden Effigy on the right. Then climb up the left side of the wall to duck through a short tunnel into the next room. Before you head forward again, crawl under the door on the right to follow a passage to some Gold. Then return to the main path and descend the steps to find the sarcophagus waiting on the other side of the bridge.

As you attempt to cross the bridge, however, it collapses, dropping you into the water below. Dive under and swim through the tunnel on the left to resurface in another room. 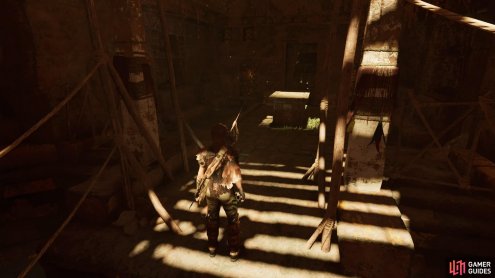 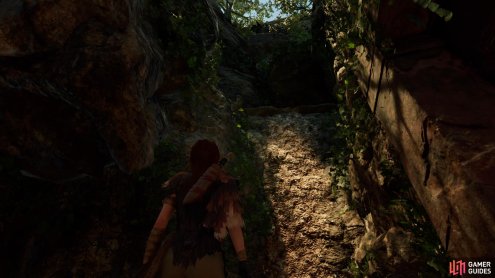 From here, follow the tunnels back out the way you came in and head back to Uchu to return the amulet.

But wait – it’s still not over yet! 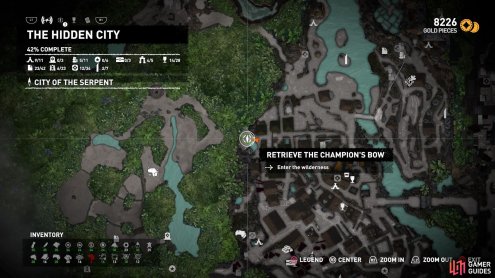 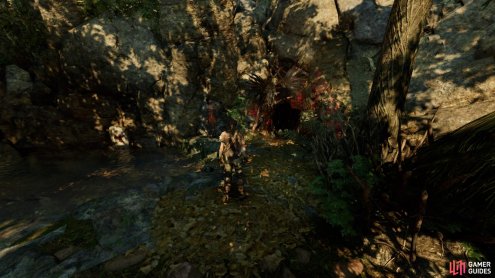 Note: This last step in the side mission will not be available until you have completed Mission of San Juan and returned to Skull Cave. If you haven't completed the first two steps yet, they will also be available at this point.

Uchu wants you to locate the Champion’s Bow deep in the Paititi wilderness. Head to the waypoint marker on the far side of the village to find the entrance to the wilderness – it’s painted red, so you can’t miss it.

Duck through the tunnel and head left but stop before the river and look for the Wild Jungle Base Camp. Activate it to come back later. Now head right until you find a bloody platform. Search the platform for Relic – Beast Effigy, then look to the left to find a narrow opening to squeeze through.

The next area is rather open with a decorated rock structure – inside is the Champion’s Bow, but prepare yourself for a fight against a creature of Paititi legend.

The creature is, in fact, a jaguar adorned in armour, so treat this fight just like the jaguar encounters that came before this. The area is open, so there’s plenty of room to run and scramble away. If the jaguar pins you, quickly move the left analog stick left and right and press the correct button when it reaches the shaded area of the circle. 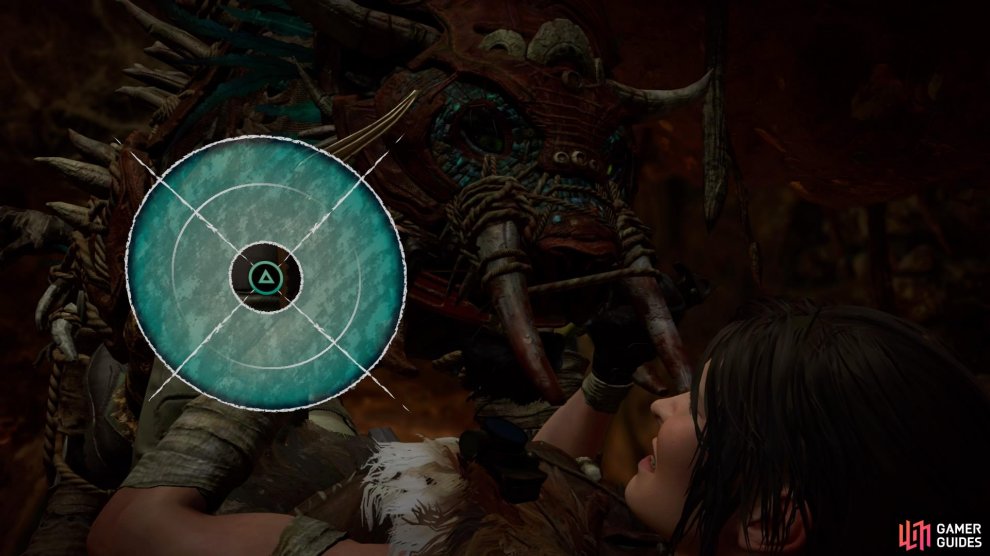 You don’t have access to any other weapon than your bow for this encounter, so continue to shoot arrows every chance you get. Eventually, the jaguar will cower and run. Follow it back to the Champion’s Bow to end the fight.

Now that you have the bow, exit the area at the back left and swan dive off the wooden platform into the water below. Head left out of the water and return to Uchu to finally complete the side mission and receive your reward!