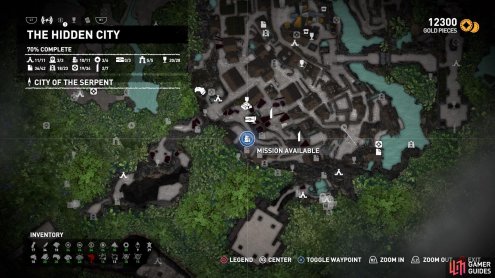 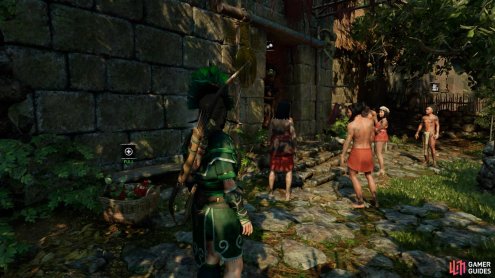 At the top of the long staircase that runs alongside the southern mountainside, turn right on the stone path to find a crowd of angry citizens outside a house. It’s guarded by a serpent guard. Speak to the Mission Giver to begin the quest.

Note: You must be wearing the Serpent Guard outfit to access this mission.

A man named Sumaq has been murdered in his home and his servant is being held accountable for it. You must investigate to find out the truth.