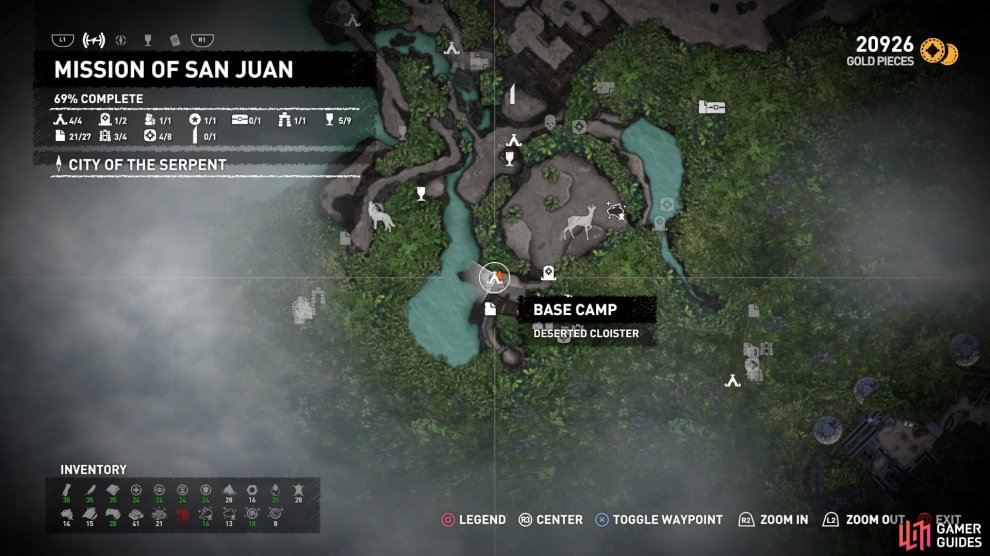 You can access this tomb from the south of the village in the jungle – start off at either the Riverside Base Camp or the Ruined Tower Base Camp, and head forward into the small jungle area. You’ll know you’re in the right place if an empress jaguar is patrolling.

You don’t have to take out the jaguar if you don’t want to. Instead, head to the right side of the area to find the gate with yellow painted skulls and squeeze through the gap. Head up the steps to reach the Deserted Cloister Base Camp outside of a ruin.

Next to the base camp you’ll find an Archivist Map and Relic – Mission San Juan.

Enter the building and pick up Document – The Hills Are Alive on a table on the right, then follow the corridor to the end where you can pull down a wooden barrier (on the right here is an Explorer Backpack).

Attach to the craggy wall behind it and scale down before rappelling to the bottom. Enter the catacombs ahead to activate the Mountain Catacombs Base Camp as well as pick up Document – Chechen and Chaca Trees.

Now jump over the hole to attach to the craggy wall and rappel down as far as you can – swing over to the ledge ahead.

Follow the path forward and rappel down from the next craggy wall to the ground below.

Note: Poisonous Gas – Throughout the tomb are clouds of green gas emitted from statues. The gas is harmful but can cause explosions when hit with fire. Doing so will eliminate the gas for a short period of time, allowing you the opportunity to run past it.

To solve the puzzles within the tomb, ignite the gas to move or traverse platforms, but remember to keep some distance to avoid taking damage. 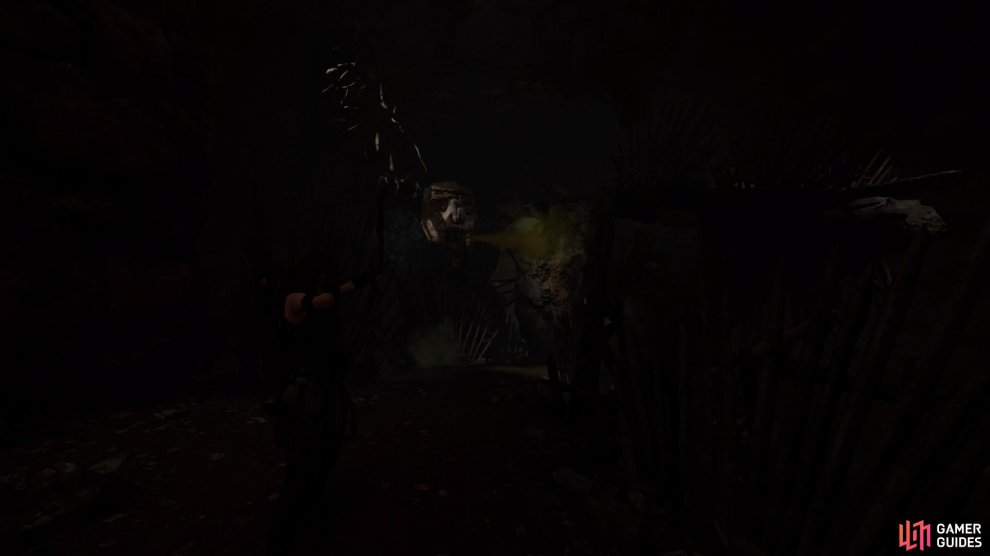 There’s a large round platform hanging between you and the other side. These platforms are located throughout the tomb and are integral to navigating your way to the top. Most of them require an explosive force to move them, which is where the green gas comes in handy. 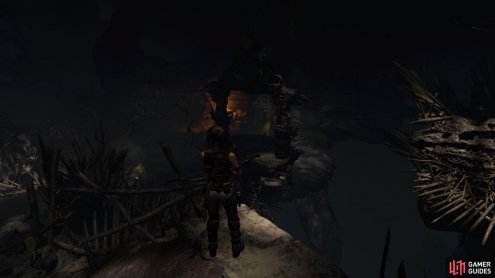 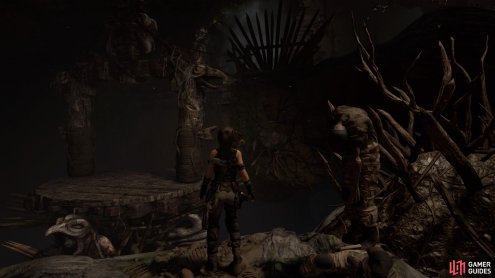 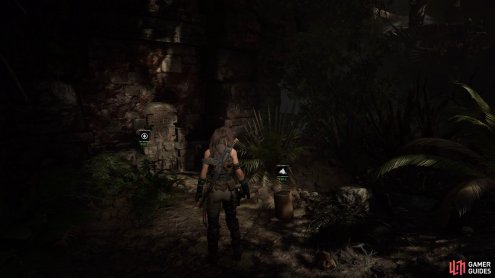 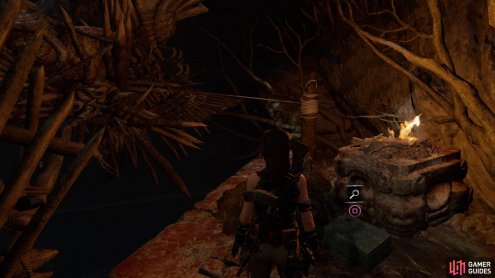 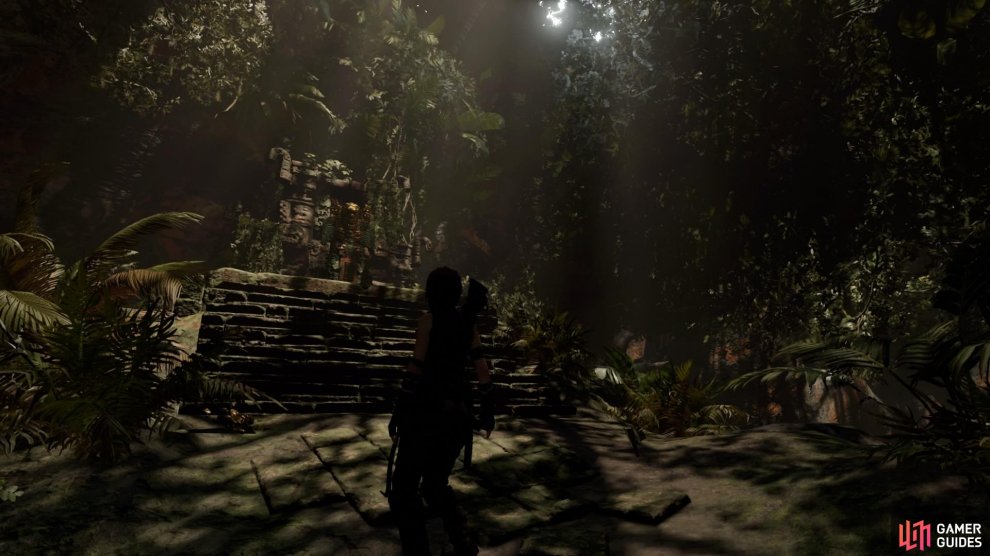 From the wooden ramp on the right of the stele, tether a rope to the tree below and slide down the zipline. Head forward to the craggy wall and rappel down, then tether another rope between the two coils.

Follow the path, balance across a tree trunk, and attach to the next craggy wall. Scale left until you can jump to the ledge, then keep going to break down a weak wall and return to the Mountain Catacombs Base Camp. 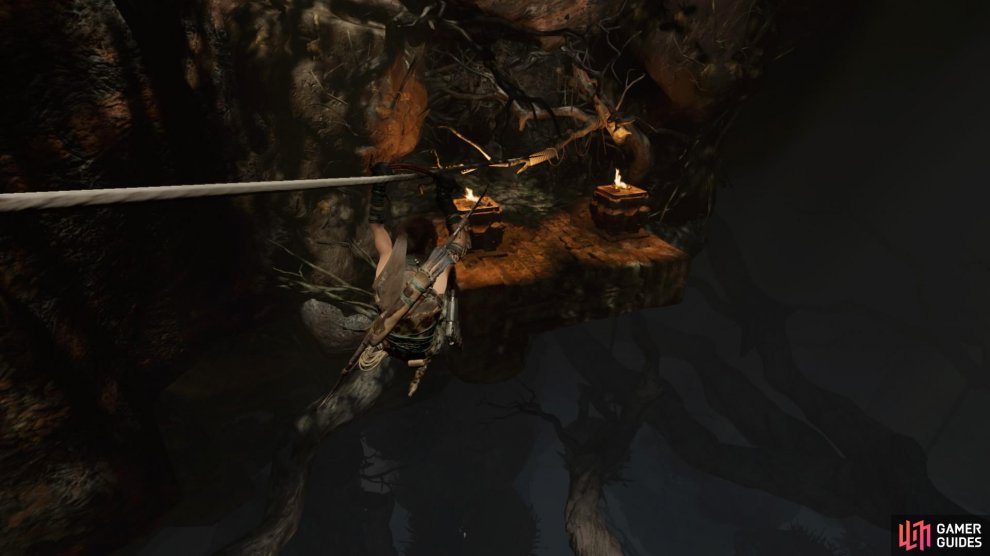 From here, you can fast travel out, or exit the tomb the same way you entered.