When you leave the Base Camp, stick to the right side of the area. When the game prompts you with a Challenge Tomb location, ignore it and keep going – the crypt lies at the back of the area, marked by a white wall. 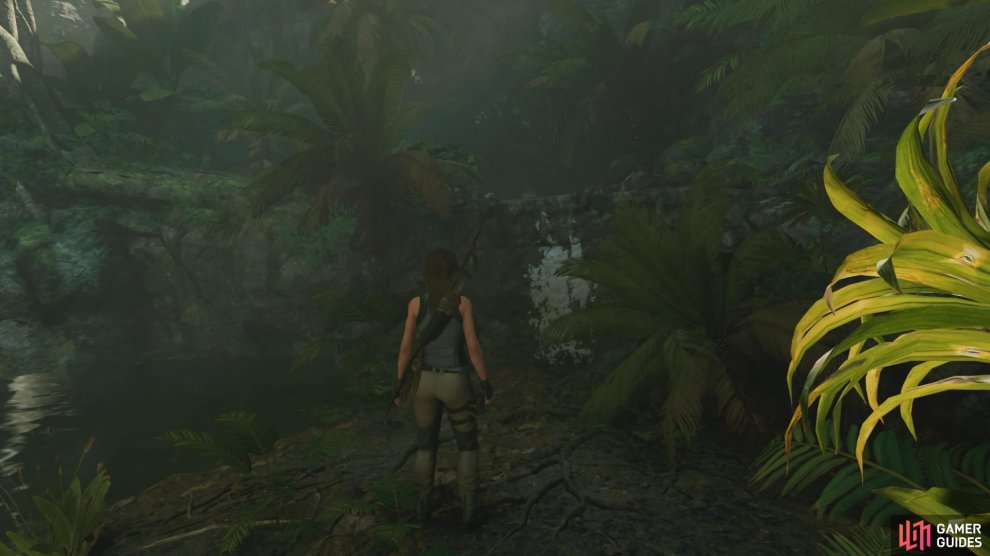 Climb up and head towards the entrance, but make sure to pick up Document - Struggle for Power on your way in. Then remove the barricade with a rope arrow and squeeze through the spears. 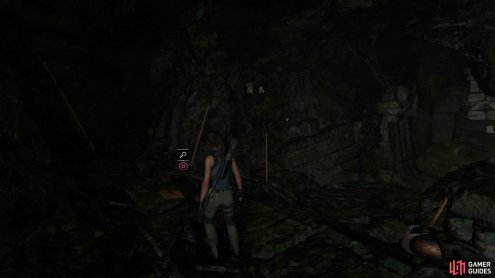 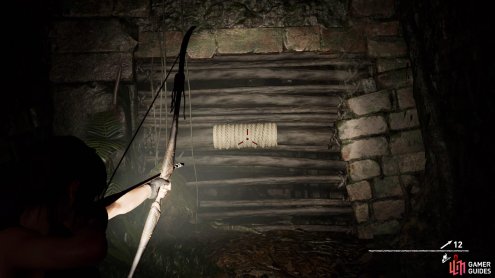 The path will be split but blocked, so interact with the lever to open the gate on the left. Head down the corridor but keep an eye out for the tripwire – cut it or jump over it to avoid getting speared!

Immediately after the trap is a cubby hole to your left where you can pick up Document - Jack’s Journal 2. 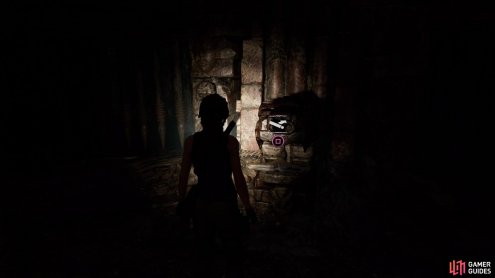 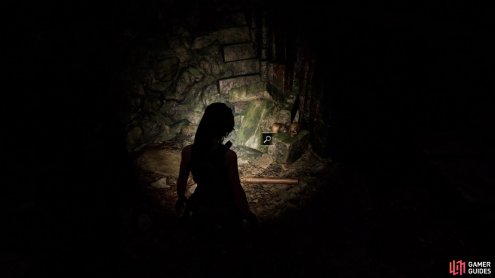 As you continue, inspect the mural on the right before you slide down the slope ahead to the next room. Collect the treasure from the sarcophagus for some new outfit pieces, and then squeeze through the crevice in the wall on the left. 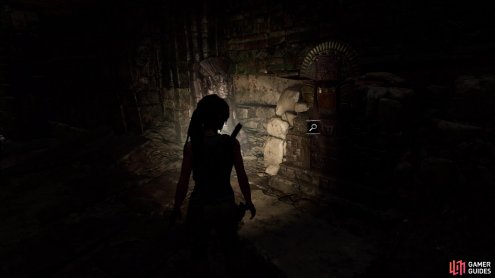 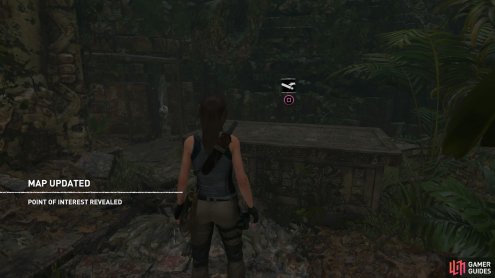 Inside this small room you’ll find some Gold in the wall at the back, but you’ll have to return for this later (if you want it) once you’ve retrieved your climbing axe.

For now, look right to find the wall you need to hoist yourself on to, and tether an arrow between the two rope points to climb across to the upper passageway. 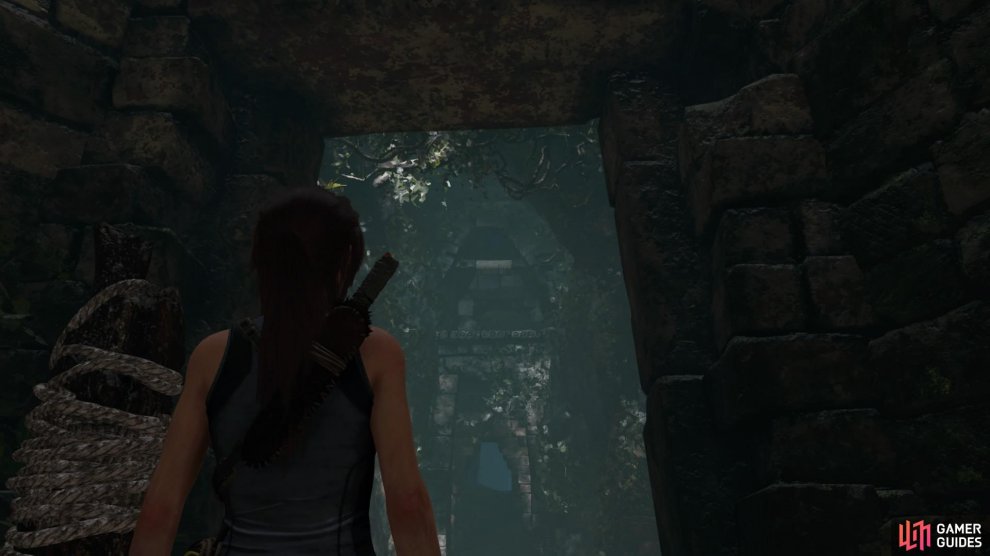 Crawl forward until you drop back into the room with the mural. Instead of going out the way you came in (the corridor on the right), head down the corridor ahead of you – but be careful! The floor is a trap that will plummet you into a bed of spears if you don’t avoid it in time. Simply sprint across or jump over. 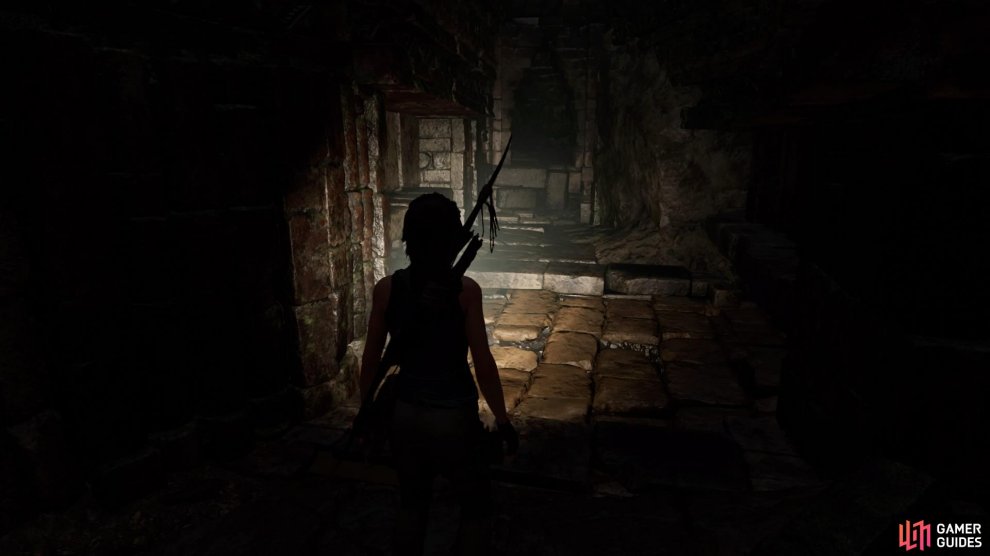 Jump over the next hole, move forward, and do the same again to scramble up the wall. Slosh through the mud and then turn right at the next corner – you can stop to interact with the wall if you like, though you won’t gain anything from doing so – and you’ll find a gate and another lever at the end of the corridor.

Ignore these for a moment and look for a crevice in the wall to the right to squeeze through. In this hidden chamber you can collect a few resources, including Gold, as well as an Archivist Map. 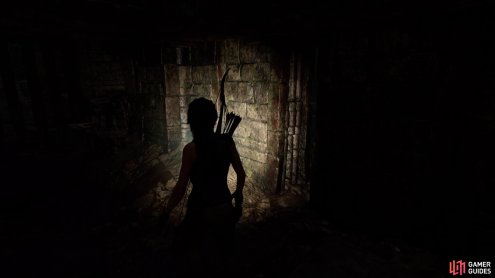 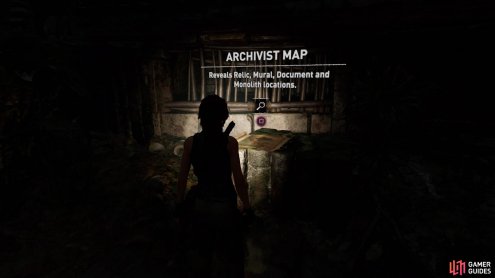 Exit the chamber, pull the lever to open the gate, and continue out of the crypt along the same corridor you used to get in.