Soon after you enter the temple in Cenote, the path split – the left path continues the main story objective, while the right leads you to the chapter’s only challenge tomb. 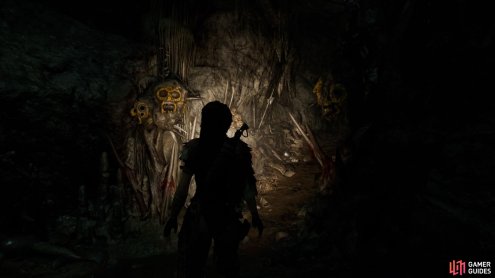 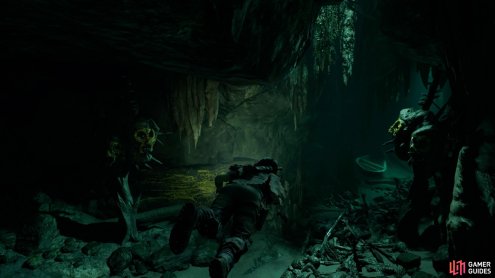 Hop the gap and attach to the craggy wall. Climb up to dive into the water on the left. Follow the tunnel and use the air pockets if you need them. When you see the yellow skulls, head down that way – there are eels in the next area, so hide in the vegetation to avoid them. Eventually, you’ll be swept away down a waterfall.

Climb out and scramble up the wall to ascend the craggy surface. Scale right and jump to the ledge, then continue to shimmy to the next wall and climb up.

Head forward through the tunnel to reach the room with the Collapsed Temple Base Camp. Make a stop here if you need to, though it’s always wise to activate each Base Camp you find. CLIMB ONTO THE SHIP

Climb up the ledge on the left and squeeze through the gap to the next room. Relic – Primitive Doll sits on the left side of the room, and there’s a survival cache on the right.

Now move to the other side of the room to see a stationary cannon. Push the cart in front of it out of the way and then push the cannon forward until it rolls down the slope and breaks down the barrier.

Follow the slope down into a huge cavern, and say hello to the abandoned Spanish galleon ship. 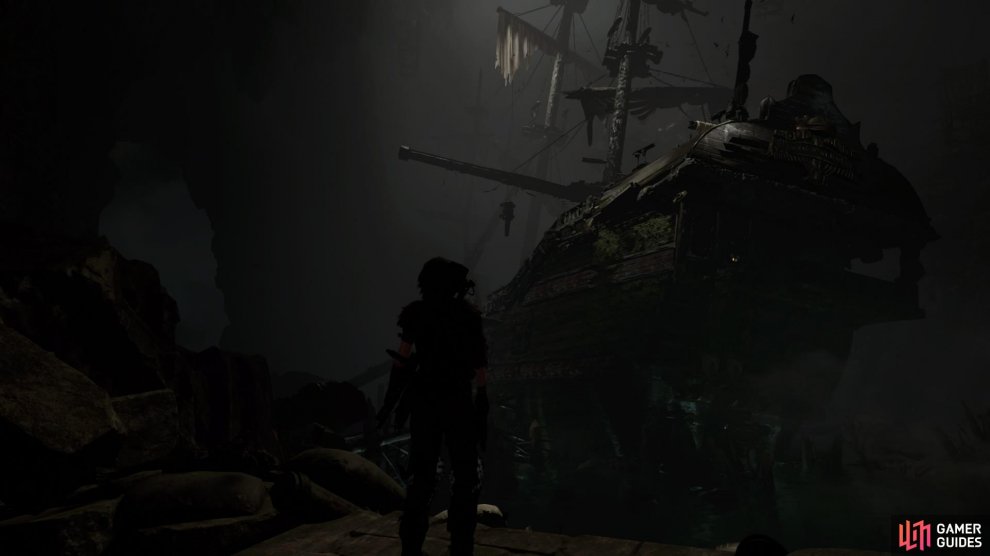 To board the ship, run along the beach on the right and follow it all the way around to the other side. Find the raft at the end and kick it into the water. Then jump on the raft and jump onto the handholds on the side of the ship to make your way up to the deck.

The stele is inside the captain’s cabin, but you can’t reach it yet. Follow these steps to get inside: 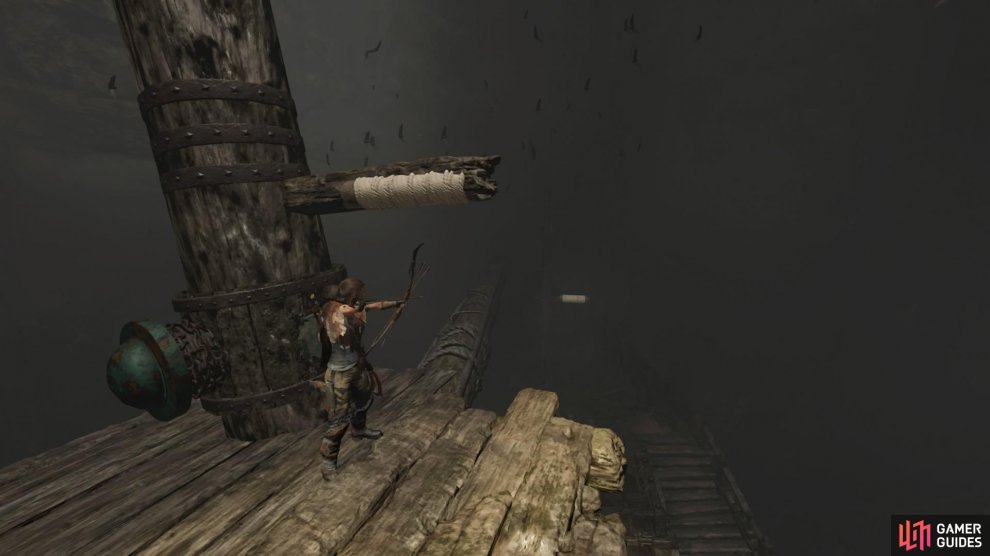 To get inside the cabin, tether a rope between the two points and zipline down. Now you can drop through the hole into the cabin.

You can pick up Document – Captain’s Note on your right and then interact with the stele to learn a new Skill.

Rope pull the barrier down on the left and make your way back out. Dive into the water and follow the path back to the Base Camp. If you’re returning here at a later time, then fast travel out of the tomb.

If you need to return to the story, then head back to the beginning of the tomb the same way you entered until you reach the split pathway.