Once the flashback is over you’ll be back in the jungle with Jonah at the Jaguar Den Base Camp. Purchase any Skills if needed and search the area for a bunch of resources if you’d like to stock up on anything. You can also equip a new outfit from the Inventory menu that will increase stealth against enemies.

When you’ve done this, find Jonah and help him get past the barricade to continue on your way. 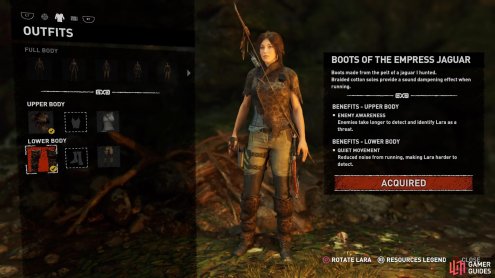 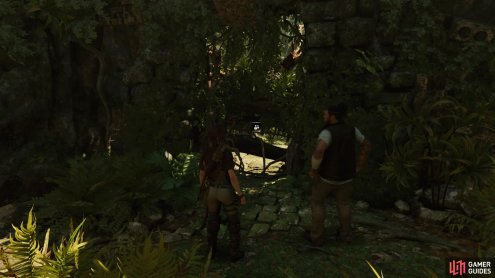 Left of here you can balance across a log to find Relic – Video Camera and a survival cache. This also takes you back to the very first area you began the chapter, near the Plane Wreckage Base Camp.

Now that you have your climbing axes back, you can gain access to the second Challenge Tomb, Judge’s Gaze. 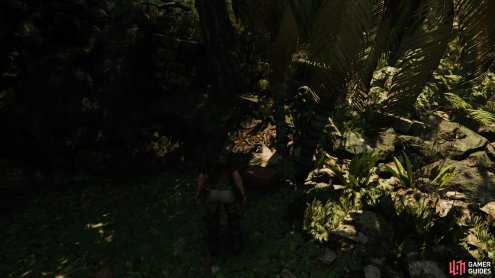 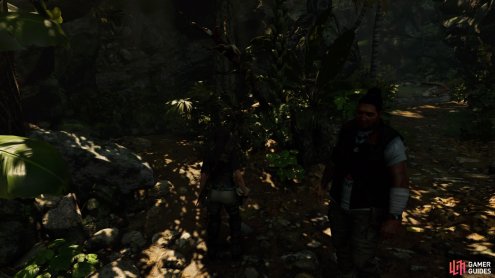 When you’re ready to continue the story, rejoin Jonah. Go behind where he’s waiting for you to pick up Document – Jack’s Journal 4 and then continue down the linear path. 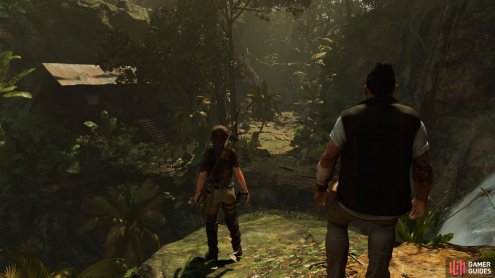 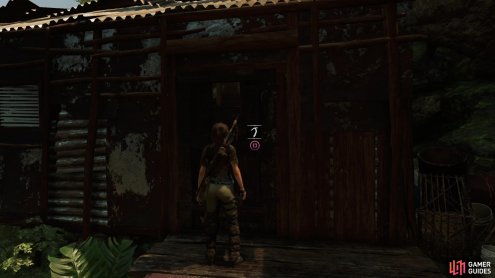 Jump over the large gap and head left to break open the door to a hut – you’ll find an Archivist Map inside on the table.

Now head to the right to find some men from Trinity patrolling the area. Lara will cover herself in mud and hide herself in a mud-covered wall. Stealth kill the guy standing right in front of you while Jonah takes out another further up. 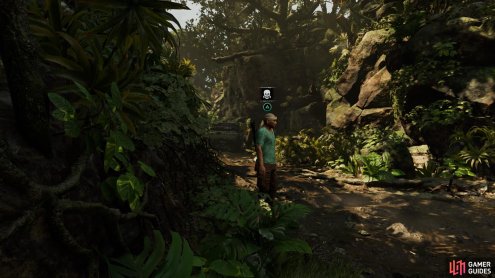 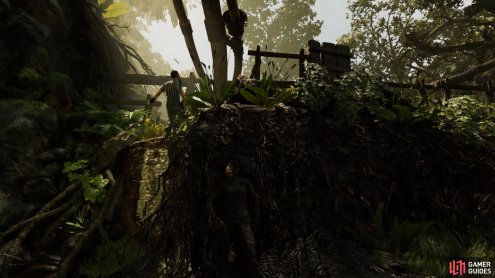 Stick to the left and stay hidden. Go down the dead-end and scramble up the wall to your right to perform another stealth kill to drag the next guy off the ledge. Then head forward to join Jonah at the truck.

Climb under the vehicle until you reach the front – Lara and Jonah will automatically take out the next two enemies before hiding.

Stay in the concealment bushes until one of the armoured soldiers gets close enough to kill, then take him out. Head for the blue truck opposite (you can find some rifle ammo in the back if you need it) and climb up the wall to the cave opening. 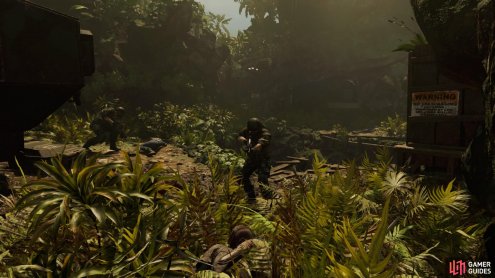 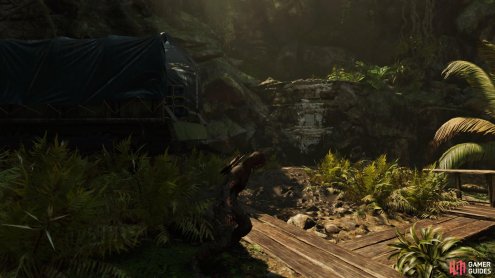 Lara will take out the second armoured guy, and Jonah will tackle the last man that appears. Now you’re free to continue, with two new weapons added to your inventory.

Note: The Vicar Mark II Assault Rifle and AB.45 Handgun provide new options during combat. The rifle is vital for tougher battles in the game, while the pistol provides a quicker option than the bow. But without a suppressor, these guns can attract more enemies, therefore not suitable for stealth tactics. You can upgrade these weapons at Base Camps.

Follow the tunnel until you reach a wooden barricade – you need to burn it down with fire arrows. If you’re low on the resources needed to craft them, fat, cloth, and arrows are available to pick up in this area. 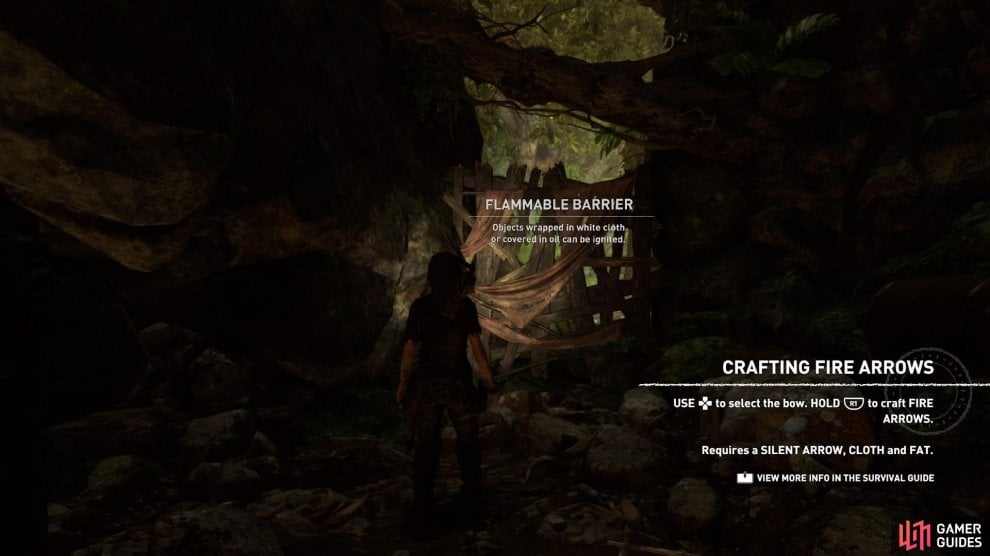 Burn down the barricade and pass through to finally enter Kuwaq Yaku.