There are three playable characters in Detroit: Become Human whose stories you will navigate in turn. You don’t get to choose who to play, but rather join them on their journey dependant on which chapter belongs to whom.

All three are androids, and you will decide what happens to them and those around them that are important to their development. Eventually, the three will coincide, but who they are, what they have done, and how your decisions have affected them will decide what state they are in, as well as what their current situation is, upon meeting.

You can take them down multiple paths with many different outcomes along the way, and their endings will be determined by your choices during play. 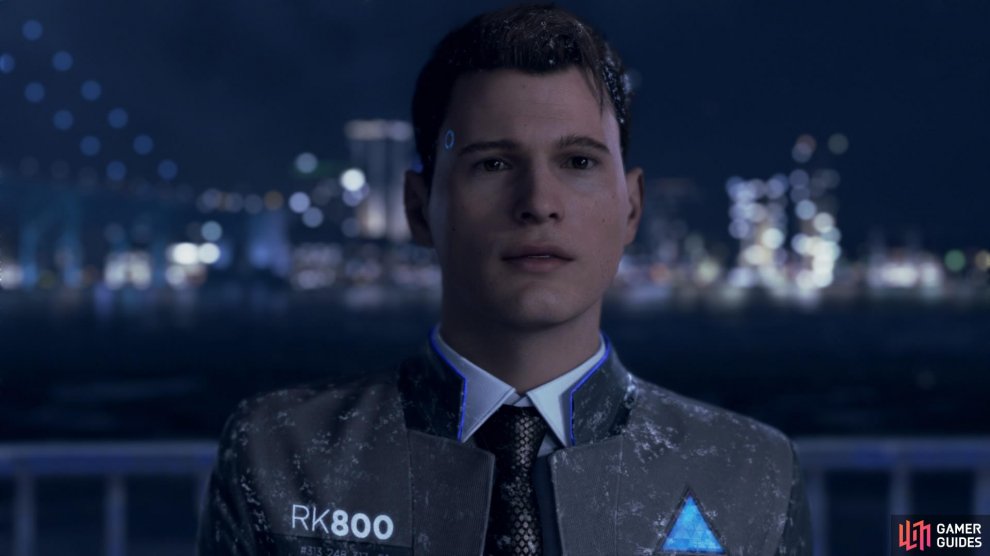 An android manufactured to work closely with Detroit’s police force, Connor is always focused on the mission. He is partnered with Lt. Hank Anderson, who proves difficult to work with on many occasions during Connor’s story. Connor’s aim seems to be to build a good rapport with the Lieutenant, but you get to choose how well that goes.

Arguably the most complex character to navigate, Connor’s story provides some of the biggest consequences to your actions throughout the game.