As we return to Markus’ story, we find ourselves waking up in a junkyard. Regardless of how his previous chapter played out, he will always end up damaged, broken, and discarded. In the first section of this chapter, we need to repair both of his broken legs. 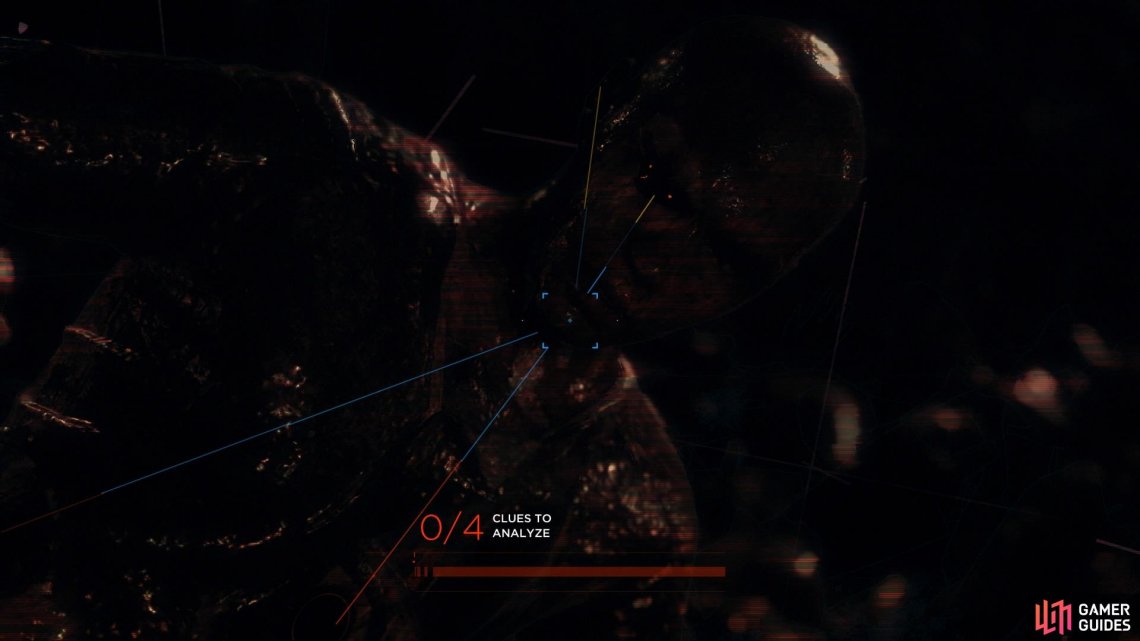 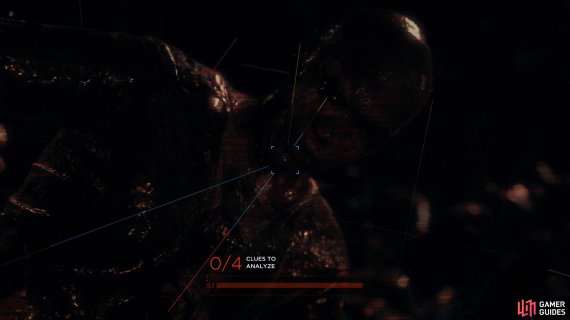 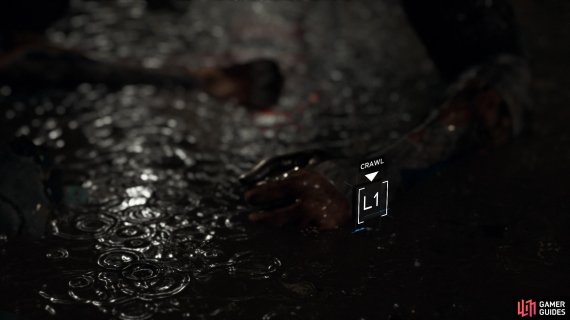 Analyse what you need to fix (left), Follow the prompts to move (right)

– Analyse Self: After the cutscene, hold down triangle to analyse yourself and scan four parts of Markus’ body. The LED on the side of his head, the Audio Processor in his ear, the Pump Regulator in his chest and, of course, his broken leg.

– Repair Legs: All you have to do here is just follow the prompts until you’ve repaired both of his legs. 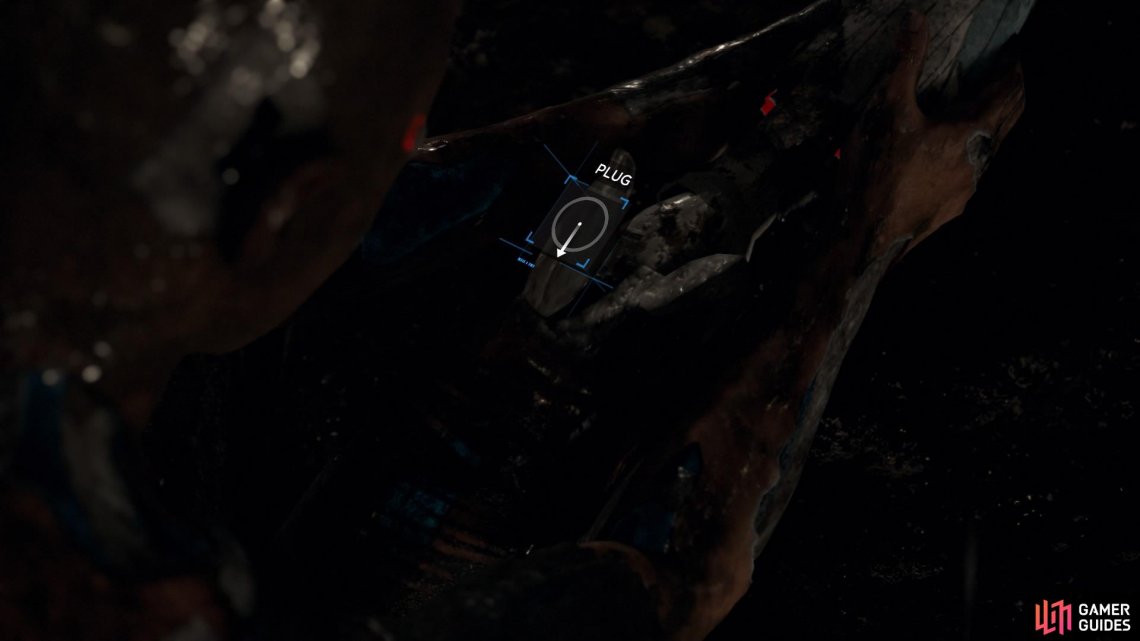 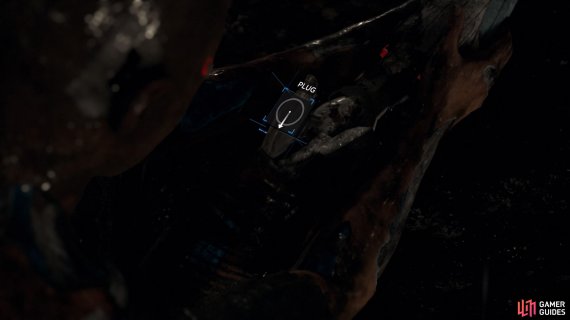 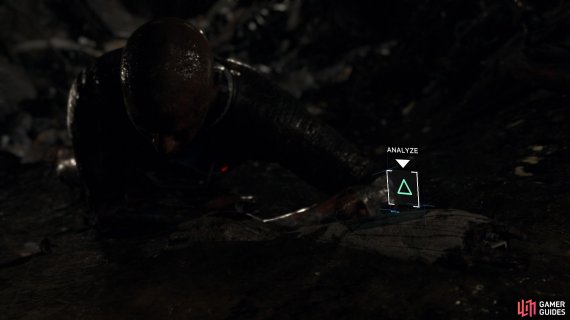 – Hear About Jericho: Once you stand up, you’ll get tugged by an android stuck on a wall of junk, and he’ll tell you to find something called, ‘Jericho’.

Now squeeze through a tight gap between all the junk and complete the button sequence to escape the clutches of dying androids.

Your next task, after squeezing trough the gap, is to locate the rest of the parts you need to fix Markus. 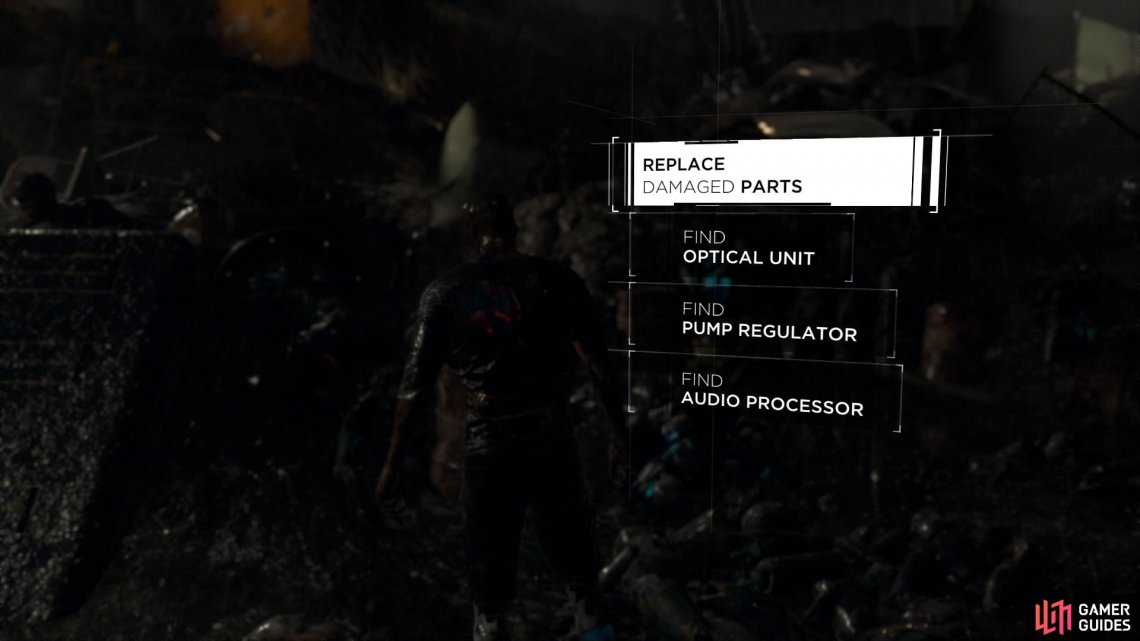 – Find Optical Unit: On the far left side is an android head sticking out of a wall. Interact with it to activate Crane Dumps Bodies – which is pretty self-explanatory. Then Dig Yourself Out from under the bodies and grab the Optical Unit, which will then allow you to scan the area with R2. 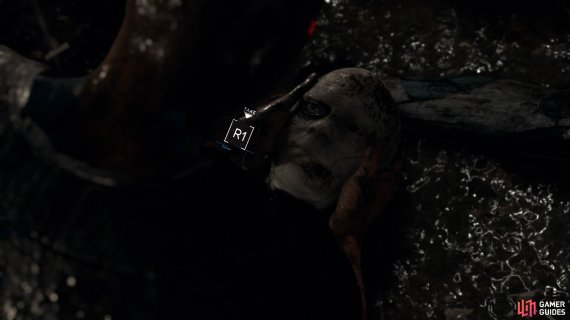 Find the head on the left for Markus’ new eye (left), Now you can use R2 to scan your surroundings (right)

– Android Begs to Die: Next to where the crane dumped the bodies on Markus is an android crawling along the ground. If you walk around it a little bit, it’ll stop you and beg you to kill him. Choose either Kill or Refuse to Kill.

– Find Pump Regulator: There are a few places around the junkyard where you can pick up one of these, but the one you need is from an android situated in the middle of the area. It’s a few steps away from the android that wanted to die, so scan it with R2 and it’ll show up with a yellow marker. When you go to take the pump, the android will wake up. Now you can Kill for Pump, which requires you to take the pump and subsequently kill the android, or Refuse to Kill for Pump. Refusing to kill it means finding a pump from another source – scan the area to find one near the slope. The objective will change to Find Pump Regulator in Dead Android. 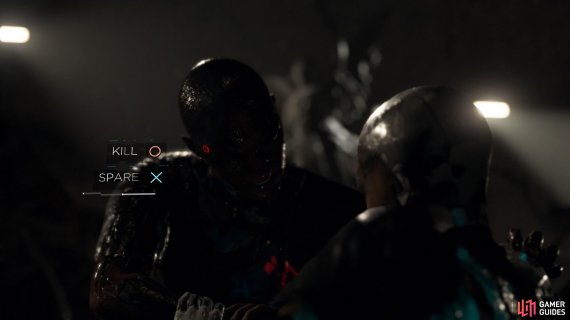 Find the female android on the bottom of a small heap (left), Choose to kill her for the part you need or leave her alone (right)

– Find Audio Processor: You can find this one in the head of an android near the right side of the area where you first started in the junkyard. Scan with R2 to help locate it. 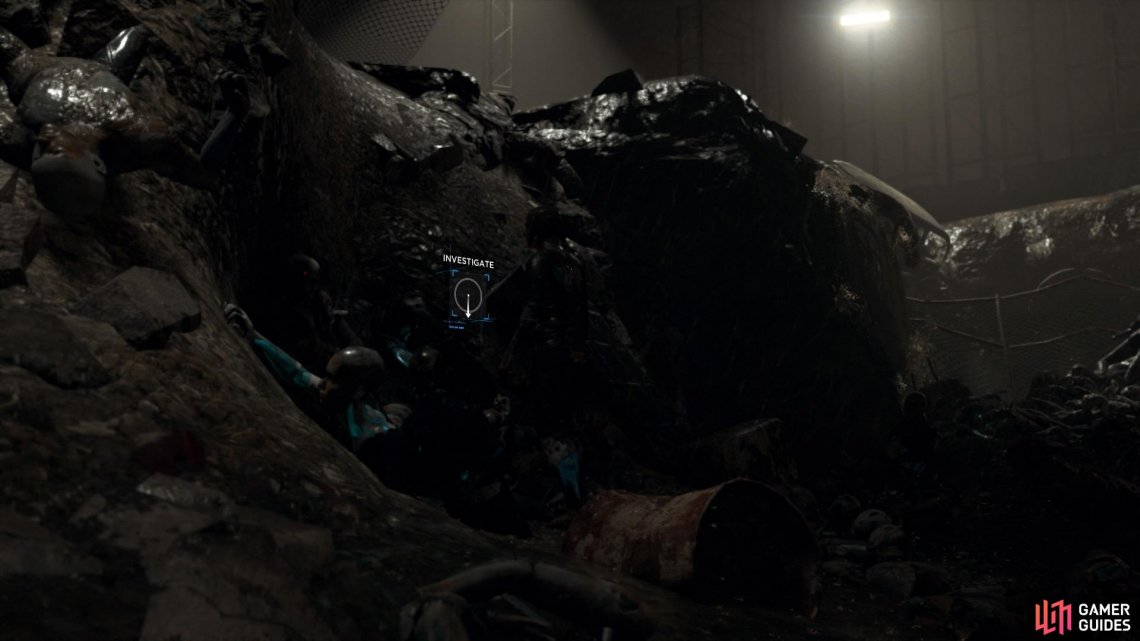 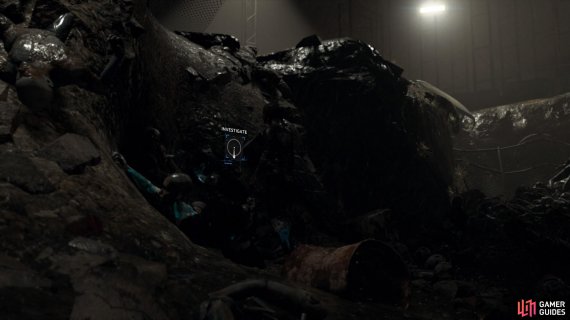 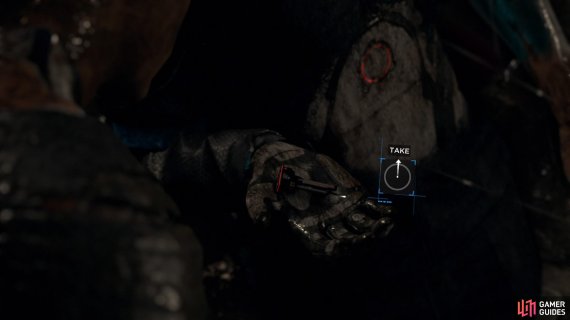 Go back over to the right for the audio component (left), Take it from the dead android’s hand (right)

– Find Pump Regulator in Dead Android: If you decided not to kill the other android for the pump, then you can get it from the dead android instead. This one is also near the slope. 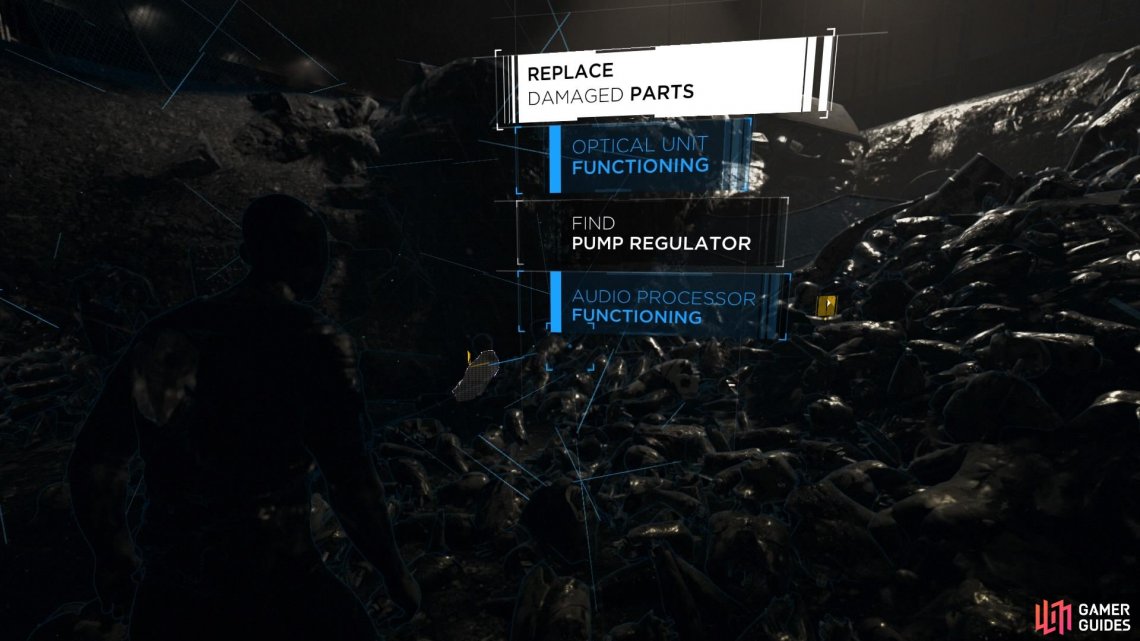 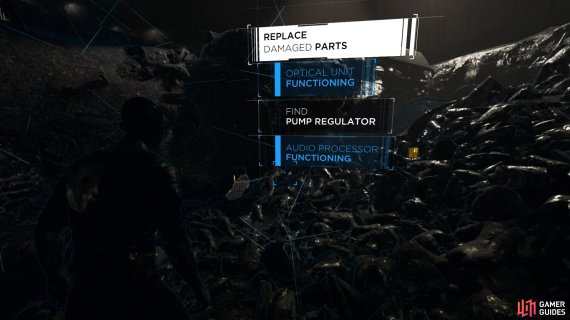 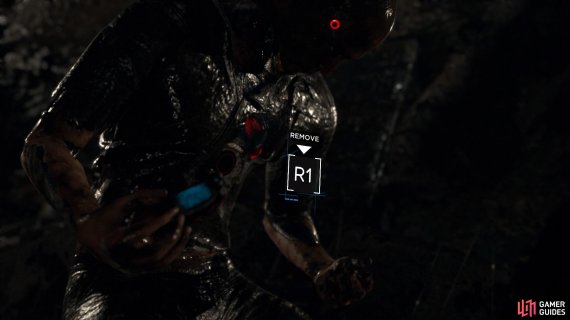 Find the last component by the large slope at the back (left), Replace the regulator (right)

– Climb Slope: After finding those three parts you can begin to climb the slope.

When Markus reaches the top, it’ll activate a checkpoint on the flowchart. He removes his LED to disguise himself as a human, and then walks away to end the chapter. 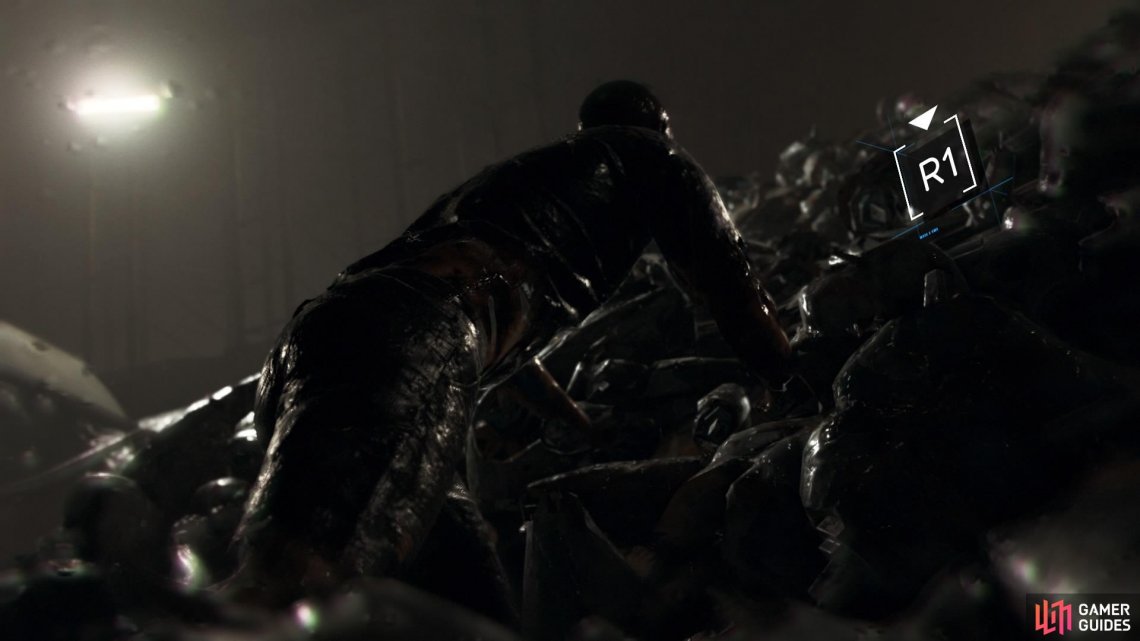 (1 of 2) Climb the slope to leave the junk yard 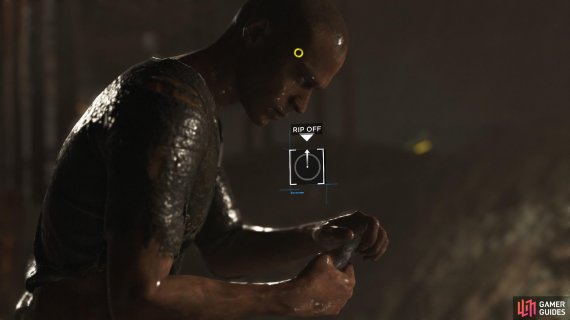 Climb the slope to leave the junk yard (left), Have Markus take out his LED (right)