In this chapter you play as the android, Markus, but all you really get to know is that he’s running an errand. You’ll learn more about him later, but for now you can just focus on the objective. It’s a straightforward chapter and easy to achieve 100% on the flowchart during your first playthrough. Again, decisions made here are not vital to the rest of the story. 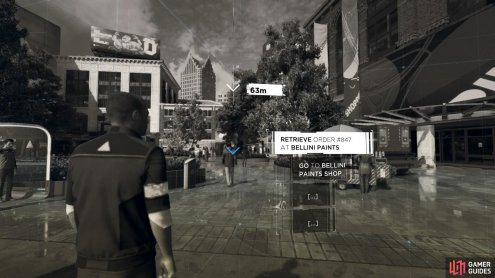 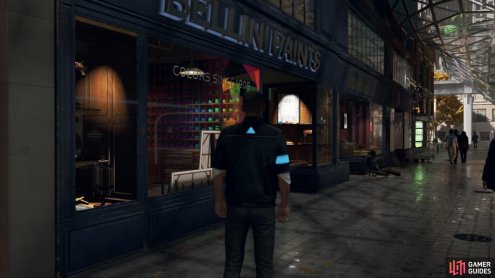 Along the way to the paint store, do all these things:

Magazine – As soon as the level begins, look for the magazine sitting on the bench to your right. Make sure to scroll through both covers to add it to your collection.

Listen to the Busker – When you come up to the fountain, stop to listen to the man playing the guitar by holding L1.

Stare At/Get Pushed By Hot Dog Vendor – Simply stop in front of the vendor. He’ll eventually tell you to go away, but just stay put and he’ll push you.

Watch/Get Yelled At By Preacher – Stop to listen to the preacher by holding L1. If you continue to stare at him, he’ll start yelling at you.

From here, continue your way to the paint shop and pick up your order. When you leave, do one last thing:

Get Harassed by Protestors – As you leave the paint store, head right where you’ll see a bus stop in the distance. On the way there, if you walk in front of the protestors, you’ll be immediately harassed by them. It’s not nice to watch, but an officer will make them back off and leave you alone.

When this is done, go to the bus stop and get on the bus where you’ll learn that androids are segregated from humans on public transport. This will end the chapter and give you the flowchart, and you shouldn’t have to replay this chapter at all. 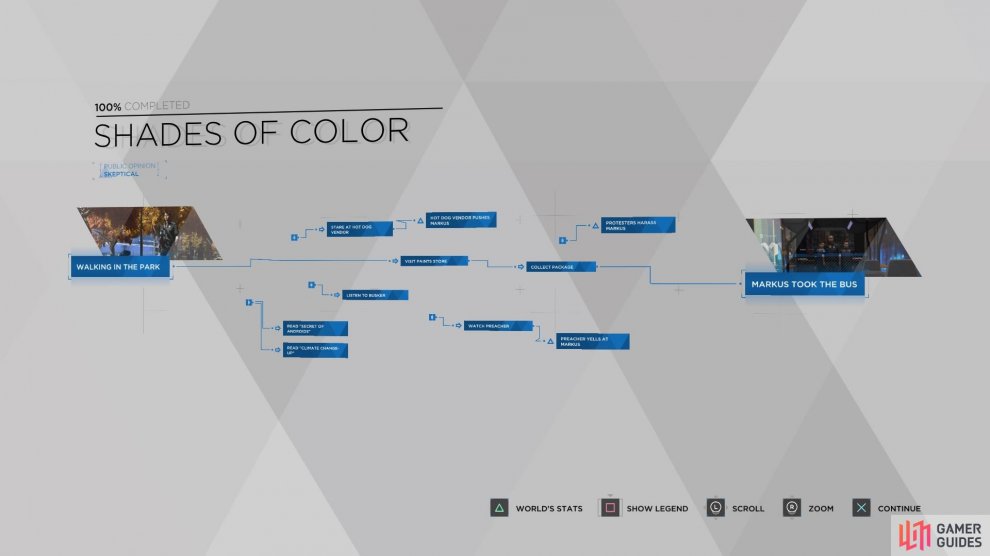