We begin the chapter in the Zen Garden with Connor, a new place that remains a mystery for quite some time to follow. These are all the things you can do during this section of the chapter.

Find Magic Stone: From your starting position, head left along the side of the water until you find an archway. The stone will have a blue hand-icon that you can’t miss, so interact with it to unlock the node on the flowchart. Nothing will happen.

Check the Graves: If Connor has died during any of the previous chapters, you’ll be able to look at the graves. From your starting position, head right along the edge of the water until you find a path that leads to a small graveyard. Interact to unlock the node on the flowchart. 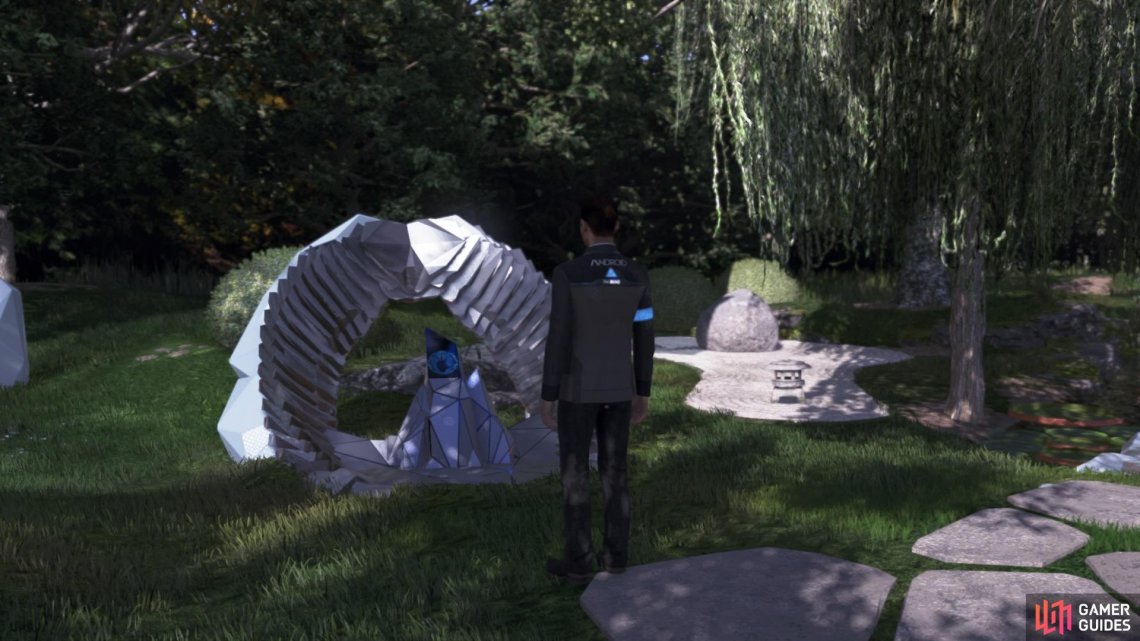 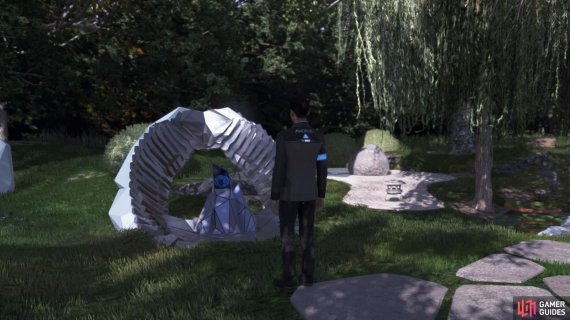 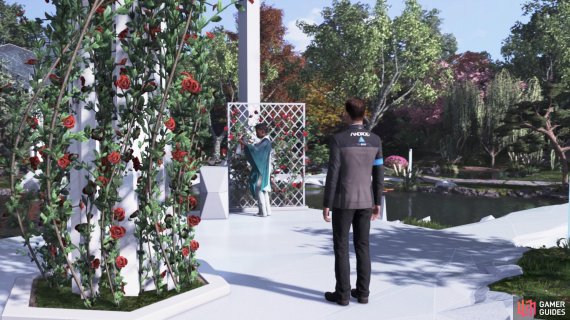 Find the blue stone on the left side of where you begin (left), Cross to the middle to find Amanda (right)

Find Amanda: This is the main objective of this section. In the middle of the area is an island surrounded by pathways and bridges. You’ll find Amanda here tending to some flowers.

Talk With Amanda: When talking with Amanda you’ll have to go through three sets of optional dialogues. 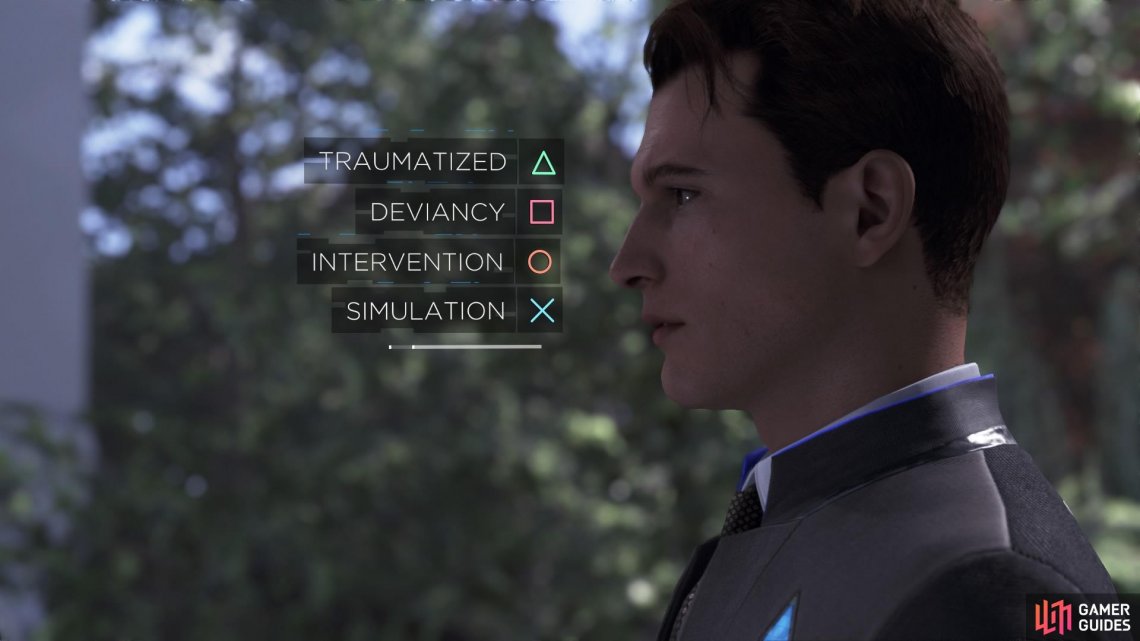 Once you’re done at the Zen Garden, you’ll come to the next section, where Connor arrives at the police station. These are all the things you can do at the station.

Find Lt. Anderson: Talk to the android at reception to be directed towards Hank’s desk in the precinct.

Magazine: Remember how we said that ‘Broken’ will determine which magazines you get here? Well, if Carl died, one of the articles will be ‘Famous Painter Dies’ – if he lived, the article will read ‘Robotic Parenting’. You can find the magazine on the counter by Hank’s desk. Read both articles to make it register (but another playthrough will be required to get the third missing article). 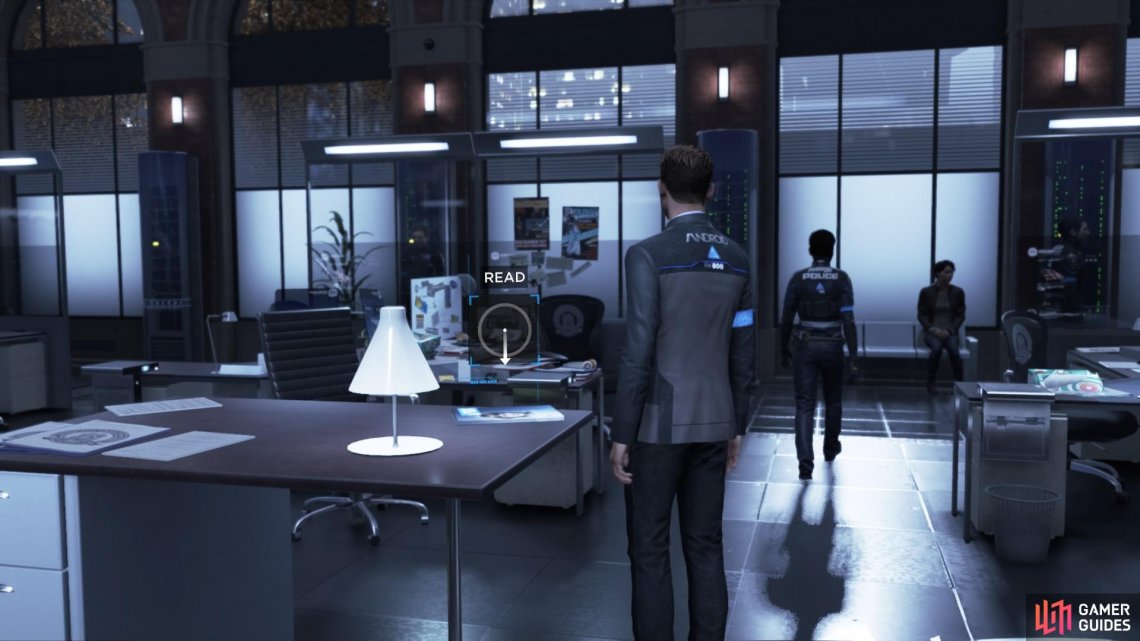 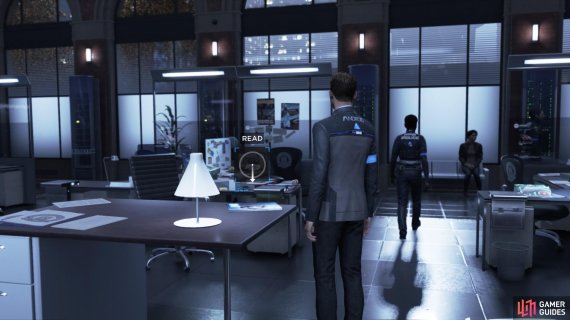 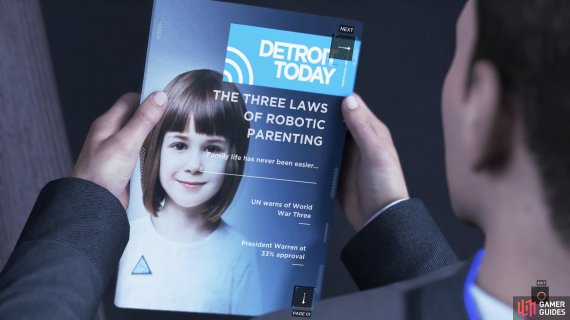 Find the magazine on the counter before Hank’s desk (left), Read both articles (right)

Wait for Hank: Now it’s time to do a bunch of things that will pass the time as you wait for Hank to show up. You can find his desk simply by checking the names of each one.

– Explore: Once you’re at his desk, you can sit down briefly, and then stand up again to start poking around. Listen to the headphones on his desk to unlock a music dialogue for later, and you can also call his phone and leave a message. On his desk are eight clues to find – scan it with R2 and gather all the items that give you information on Hank (don’t forget to check the board to your right). 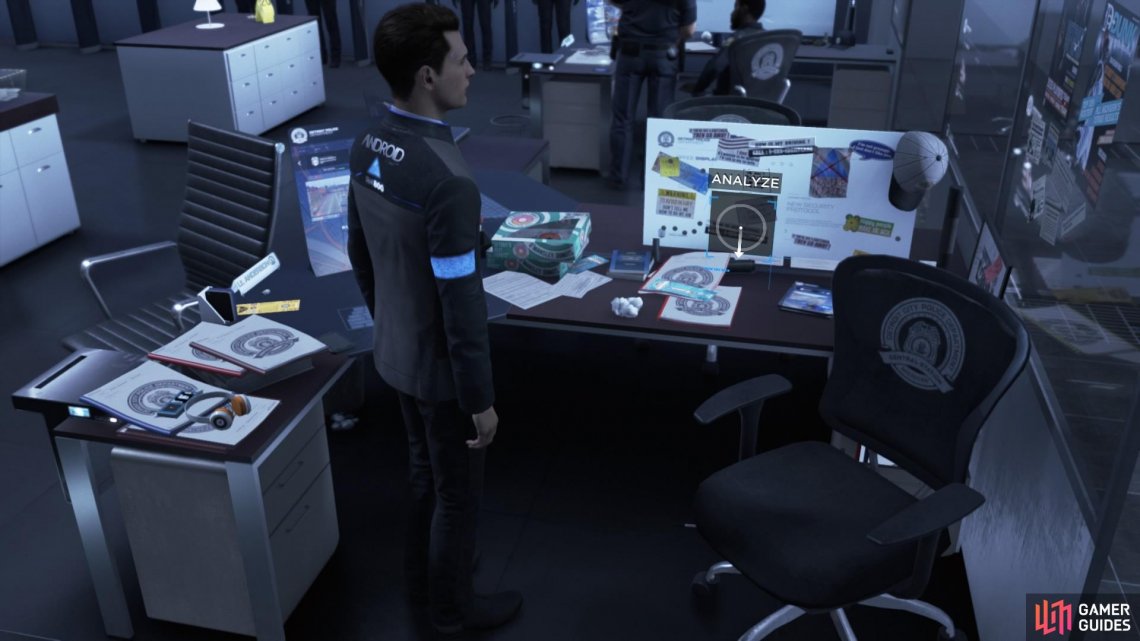 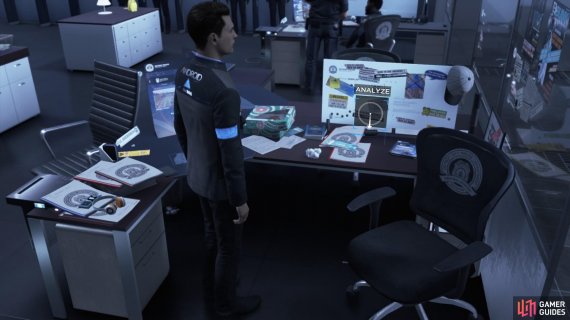 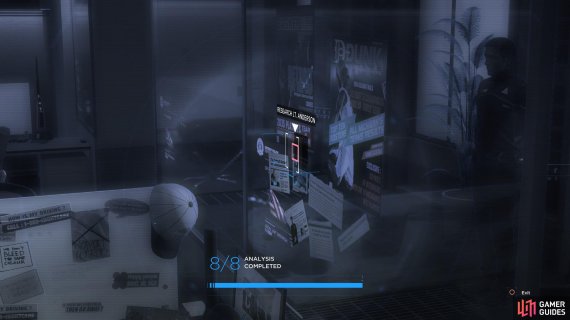 Analyse Hank’s desk for 8 clues (left), Look at the board to the right for more information about Hank as an officer (right)

– Hank Arrives: If Connor died during ‘The Interrogation’ then Hank won’t be all that happy to see the ‘new’ you, and this will cause your reputation with him to decrease. Hank will get called into the Captain’s office, and you can either follow to listen in, or wait outside. If you wait for Hank you can wander around and Talk with Gavin in the small break room on the way to the cells – no matter what options you pick here, public opinion will decrease.

Progress the Case: If you captured the android for the interrogation, and managed to keep the android alive, then you can go speak to it in the holding area behind the Captain’s office. 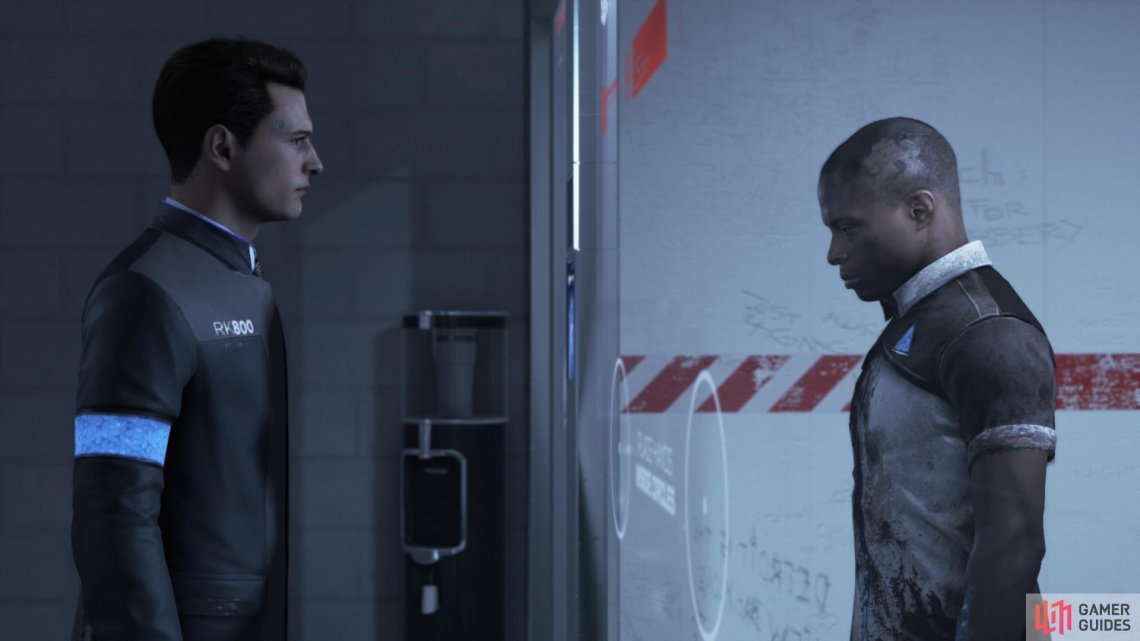 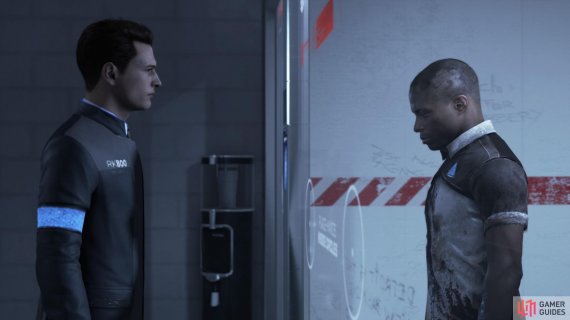 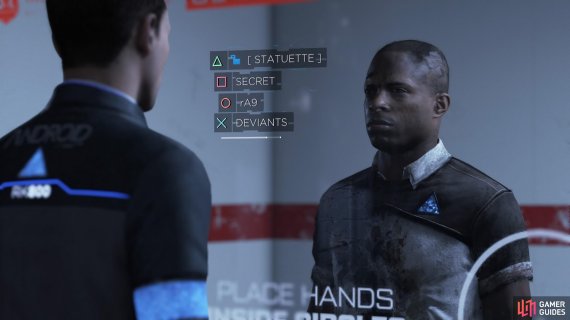 Find the deviant in the cells (left), Talk to him (right)

Talk to the Deviant: You’ll have two sets of dialogue options.

Deviant Kills Self: After Connor speaks with him and begins to walk away, the android begins to self-destruct by smashing its head against the glass. 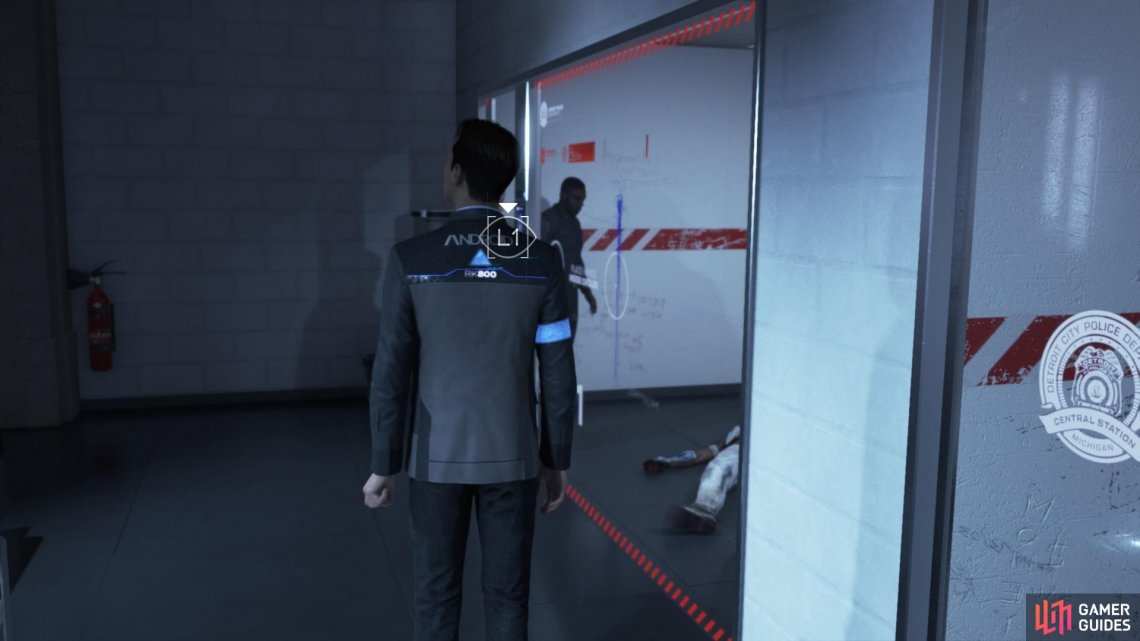 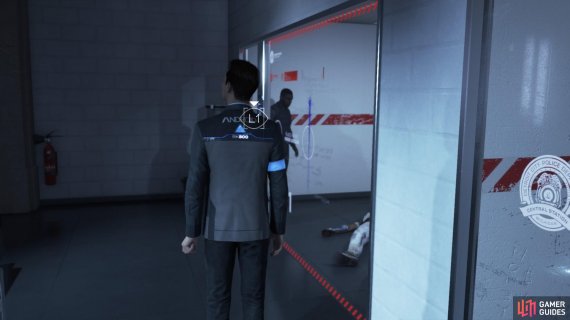 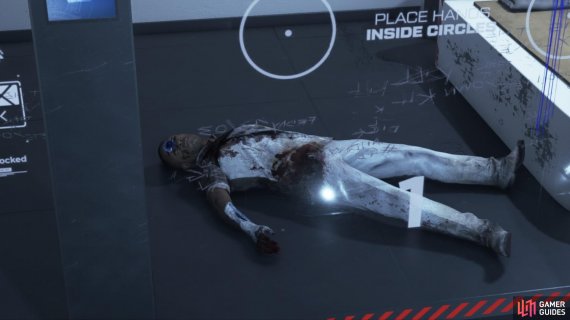 All you can do is watch the scene play out (left), The deviant will kill itself regardless of what happens (right)

Talk to Hank: By now, Hank should have returned to his desk, so head on over to begin some awkward conversations.

– Set 1: NEW CONNOR (unlocked if Connor died previously), UNDERSTANDING, PRAGMATIC, CONSTRUCTIVE. All of these have no effect on anything.
– Set 2: POSITIVE, PARTNERS, DESK (if you ask about a desk, Hank will give you the one opposite his own). 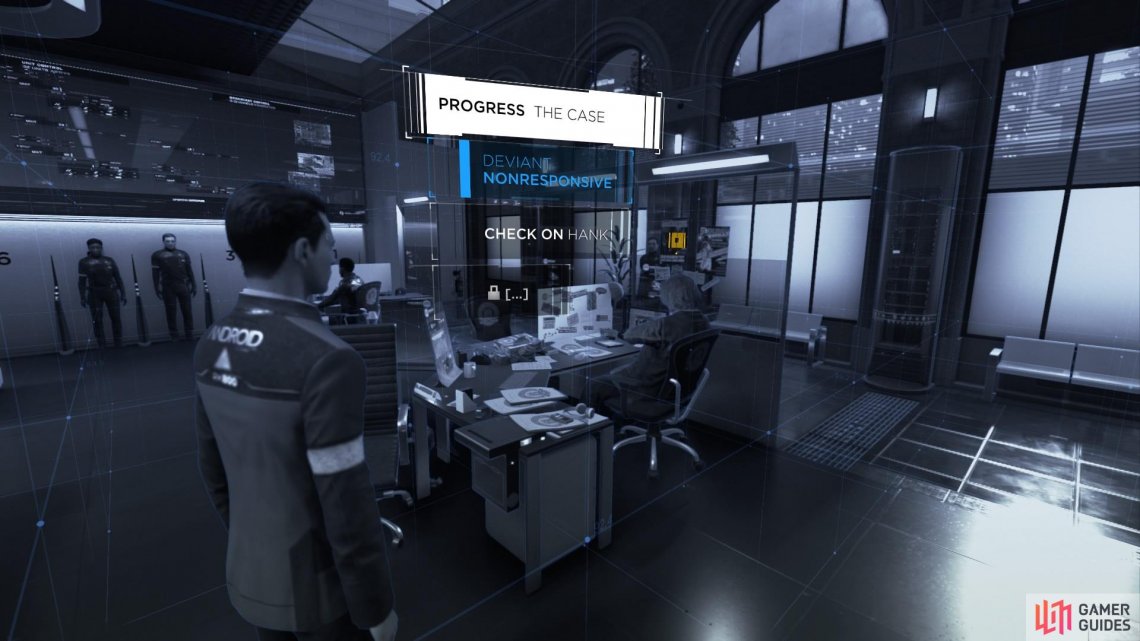 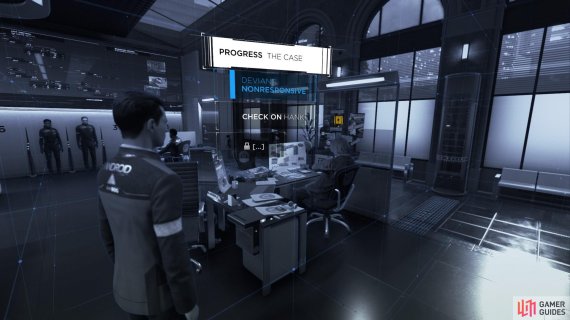 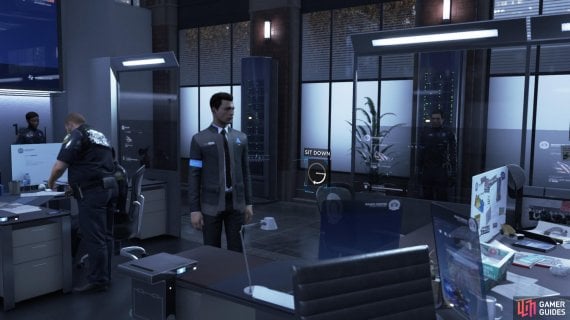 Check on Hank (left), After speaking with him, sit down at the desk opposite (right)

From here, you can attempt to further conversation with Hank. Asking about DOG and MUSIC will increase your reputation with him, while BASKETBALL and ANTI-ANDROIDS will decrease it. The other options have no effect on anything, and when you’re done you can START WORKING on the deviant files at your computer. 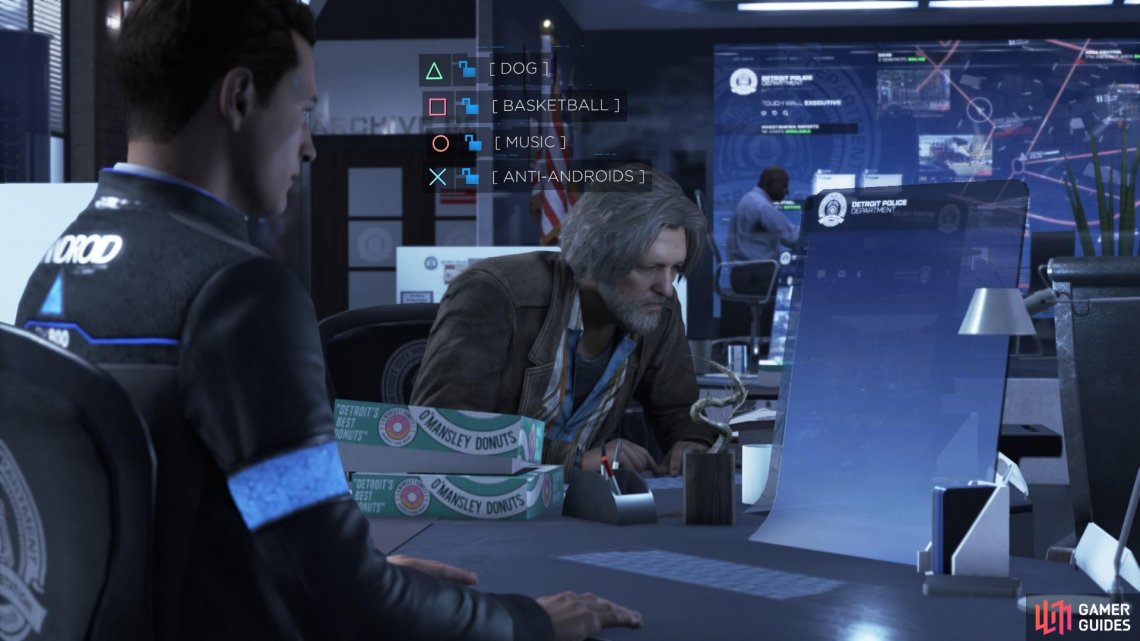 (1 of 2) Try making some more awkward conversation with Hank 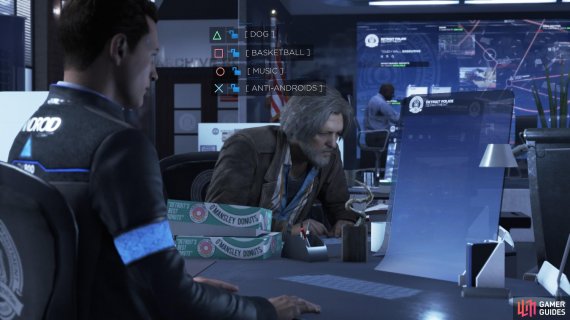 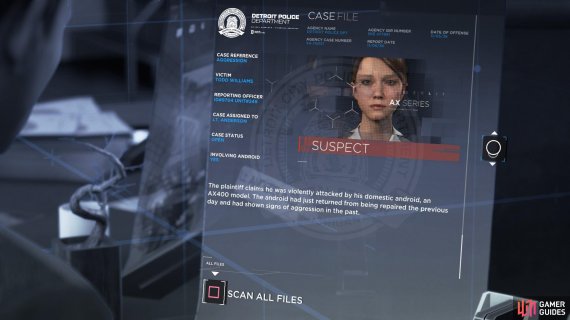 Examine Files: Scan all of the files and Connor will return to Hank’s desk.

– Talk about the case: Choose any responses you like, they have no effect on anything.

– Hank is mad: Connor can’t win this part – any response causes a decrease in your reputation with him. 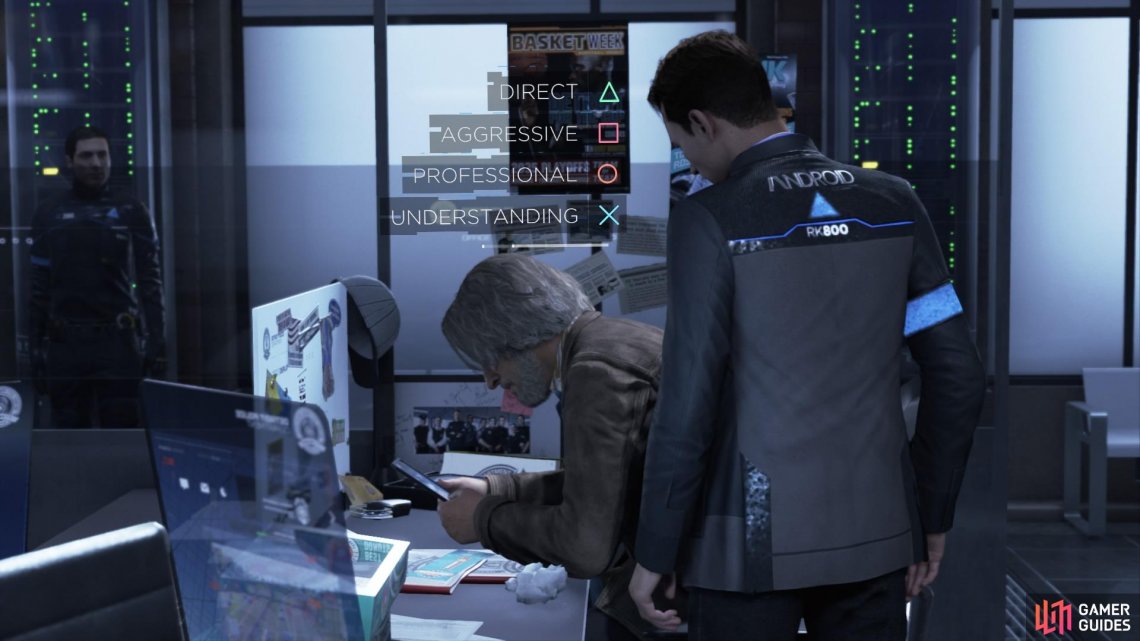 At this point, one of two things can happen:

– If Kara and Alice are dead at this point in the story, Hank will leave the precinct to grab some lunch.

– If Kara and Alice are still alive (Kara’s face pops up in the deviant files you scanned from before) then an officer will appear to give Hank a new lead, which will distract him from you.

The chapter will end here either way, so feel free to return here whenever you like for anything you might have missed (such as the magazine).