Before you begin playing Detroit: Become Human, we have a few things for you to consider first. These tips and tricks will tell you some things you should know while playing and completing the story.

For your very first playthrough (and you'll get told this in-game, too) we strongly recommend completing the story without any guidance at all. It's important to enjoy the game for what it is during the very first time playing, and will allow you to make choices however you wish and cater the game to your own personal preferences.

Afterward, you can come on back here for some guidance on filling the flowcharts, collecting any leftover magazines, and getting that good ending for the SURVIVORS trophy (if you didn't get it already)!

It's good, when playing a game for the first time, to really take your time getting to know your surroundings. This helps if you're looking to do something specific or if you're trying to achieve a certain outcome during the story's events. In pretty much the majority of sections throughout the game, you will have the freedom to move around however you like and interact with objects and other characters.

The only time you can't do this is if the game gives you a timer on the HUD, in which case you'll have to complete tasks before the timer counts down to zero.

By holding down R2, you can use your android vision to inspect your surroundings and highlight key points of interest for you to interact with. There are some things that are there to simply look at that will have no effect, but there are plenty of items, people, and more to analyse. 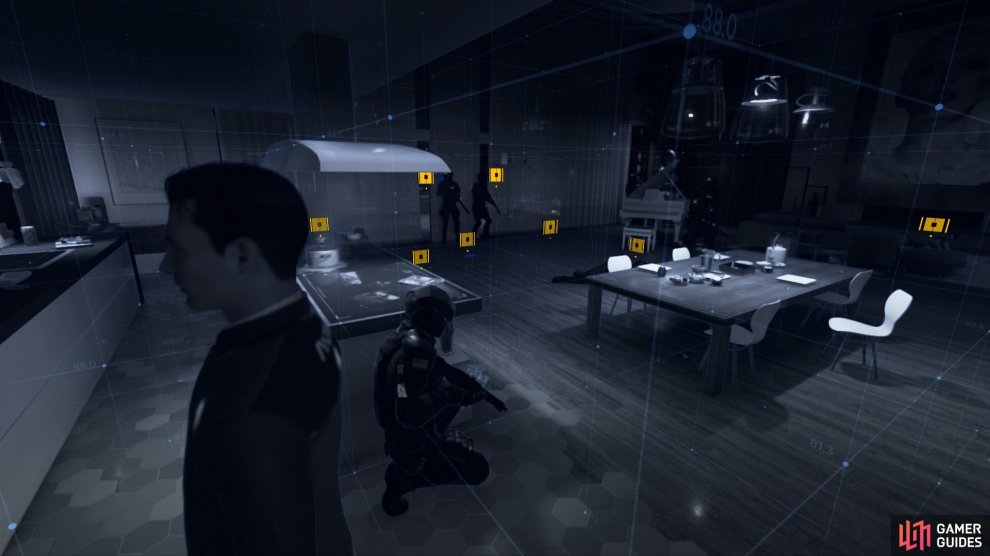 This mechanic is available across all three characters regardless of where you are in the story - with android vision activated, everything stands still until you move again.

Detroit: Become Human is a game with an abundance of options and choices, with many differet outcomes from start to finish that are subjective to each player's style. However, many of the most vital choices to be made in-game can have disastrous consequences. At various points in the story, you'll have to decide between actions that garner success and actions that prove fatal. All of your choices affect both progress and final game ending. These decisions can't be reversed, but the game is nice enough to offer checkpoints throughout chapters if you wish to go back and try again.

Note: To make any choice changes effective, you will have to continue to play through to the end of each chapter to make it count. You cannot skip chapters or chapter sections, as this will not change any previous choices you have made.

When these important choices show up, it's important not to panic! You can pause the game at any time before you decide if you really want to take a moment to think about what you're going to do next - we say this because most dialogue options have a timer, and if you don't choose anything, the game chooses for you. Some of the biggest decisions do not have a timer, though, so just relax, pause if you must, and think it through. 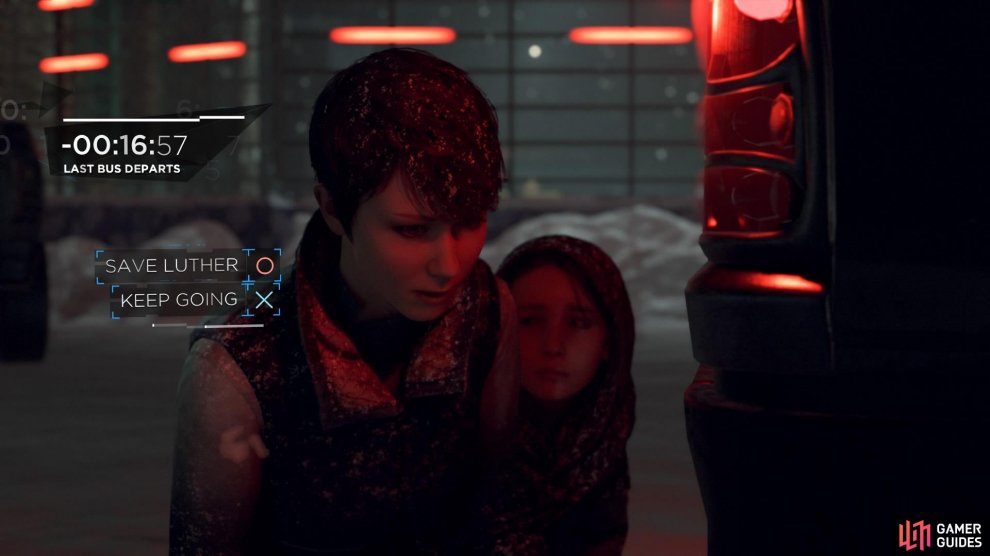 These kinds of moments in the story include choosing to help other characters, saying the right thing to increase reputation with them, or deciding who lives and who dies - including the main characters you play as.

But this is the fun of playing a multiple choice game like Detroit: you get to try out all the different options to see what all the outcomes are! You can go back and replay, or continue on to see how things end.

Speaking of which: replaying chapters for all of those different outcomes is important, especially if you want to complete the flowchart for each individual chapter. Just because the level is over, it doesn't mean you did everything necessary to unlock all the nodes.

We still recommend you don't worry about this during your first playthrough, though, as trying to complete a flowchart before moving on to the next chapter can ruin your progress and alter the story you've already begun to create.

Some chapters won't require a replay to achieve 100%, but some of the more lengthy ones certainly will! You can access the chapters at any time from the main menu screen and view the flowcharts to see the paths you've already taken.

The only collectibles throughout the game are magazines, which can be found during various chapters while you play. Some are indoors, some are outdoors, and sometimes they change depending on the choices you made with each character. They give extra insight into the world of Detroit: Become Human in the form of news pieces and articles.

You can access the magazines at any time from the main menu by going into Extras, and you'll find that the game requires multiple playthroughs in order to collect all 46 of them. 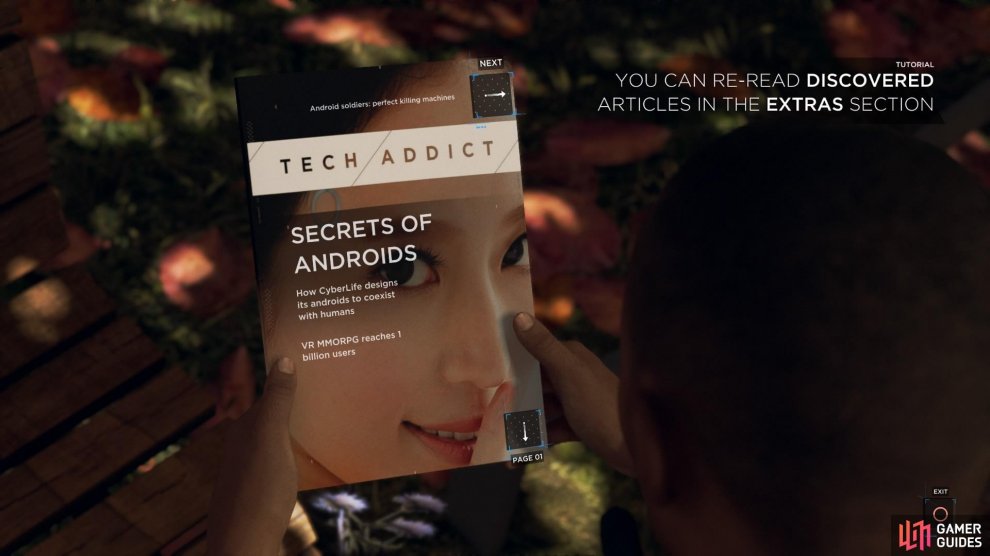 For guidance on where and how to collect them, you can head to our Magazine Locations guide.