We continue with Markus for this chapter as we return to see Carl, but there are two ways this can go. The first is:

– Carl Died During ‘Broken’: If you chose to ENDURE his son Leo’s attacks during ‘Broken’ then Carl will have suffered a heart attack and died. In this case, returning to Carl means paying your respects to him at his grave.

– Confide in Carl: Talk to Carl’s grave, and then skip ahead here to continue with the checkpoint ‘Markus on Sacred Ground’ (if Connor became deviant and survived) or ‘Thin Ice’ (if Connor remained a machine).

The second way this can go is if Carl is still alive, in which case Markus heads back to the house.

Explore the House – The choices here will depend on the things you chose to do during ‘The Painter’ earlier in the game which requires three different playthroughs. 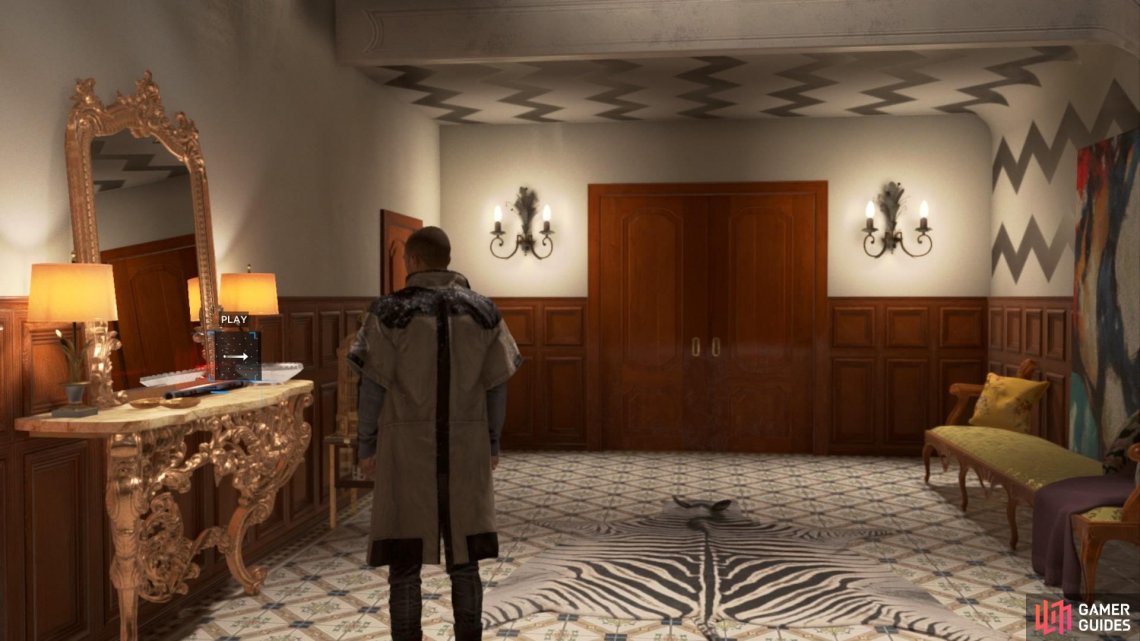 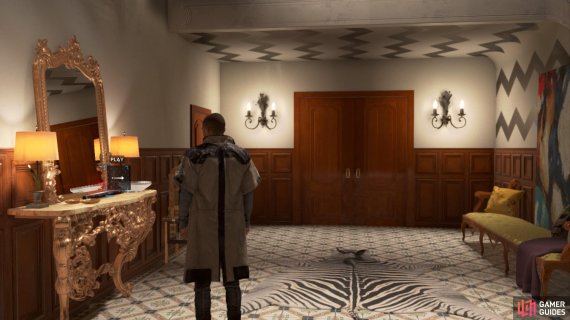 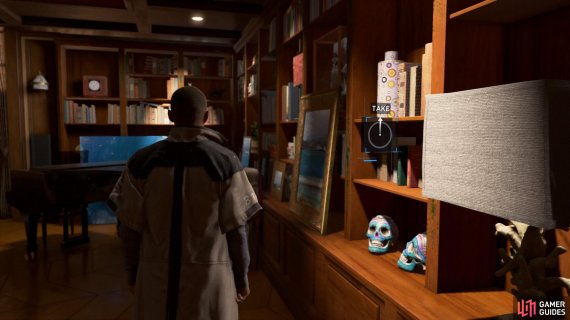 Listen to Leo’s message in the hall (left), Take another look at the object you interacted with during ‘The Painter’ (right)

These are all the things you can do during this section: 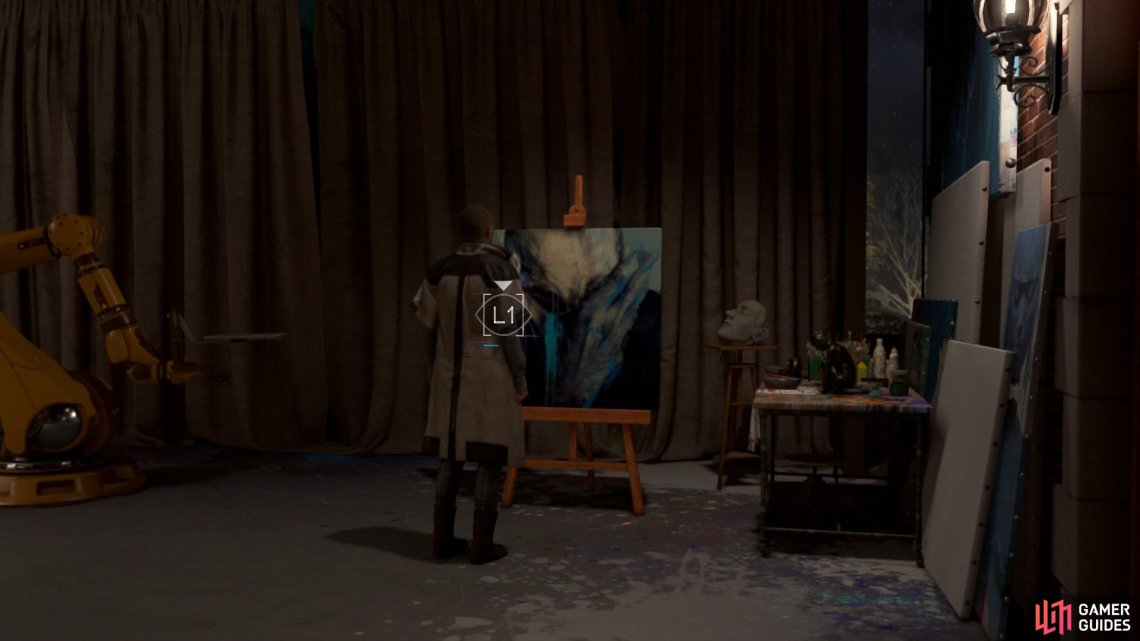 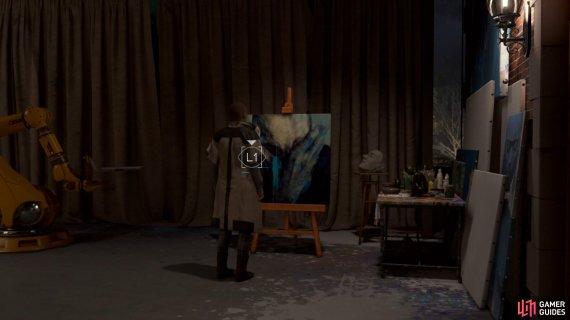 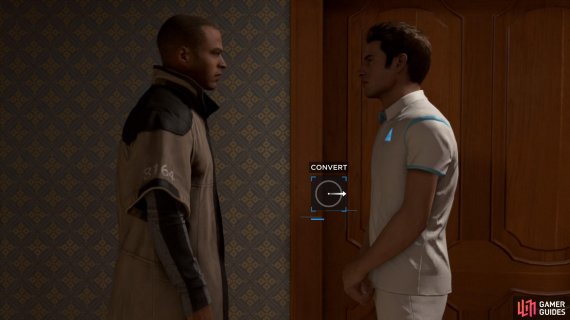 Look at the painting you made during ‘The Painter’ (left), Convert the new helper android to get to Carl (right)

– Look at Your Painting: Find the painting you created during ‘The Painter’.
– Go Upstairs
– Carl’s Nurse Intervenes/Convert Nurse
– Enter Bedroom/Reconcile with Carl

Confide in Carl - You can now proceed to talk to him for some guidance. While most dialogues won’t make much of a difference here, you can unlock the Carl Dies node by choosing the option to be angry twice. 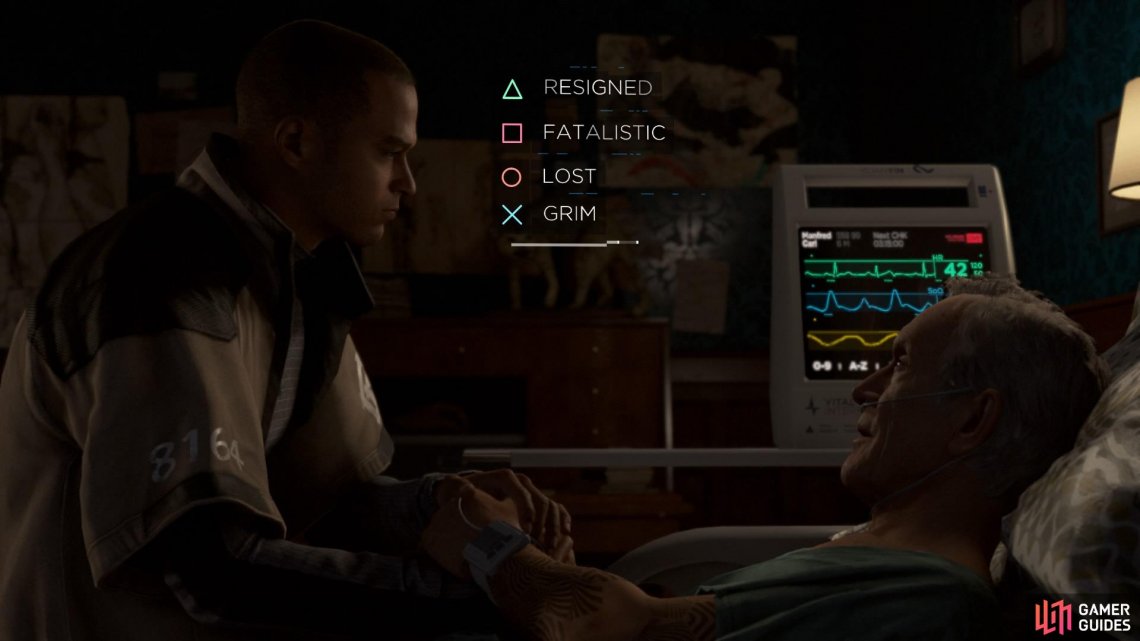 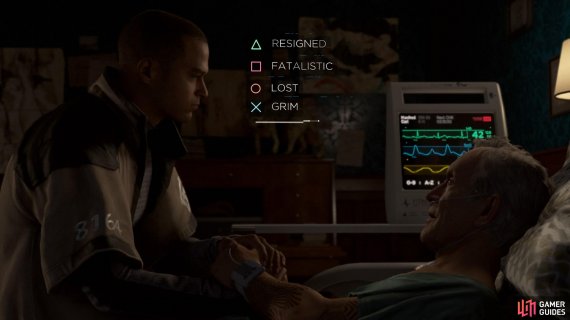 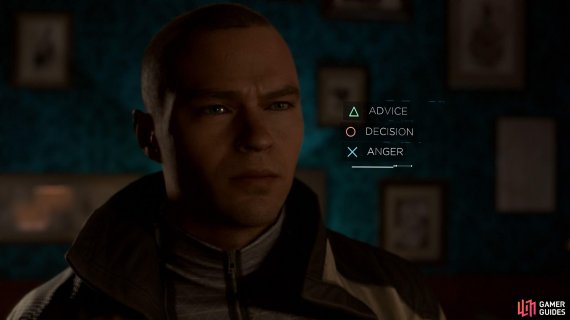 Leave – This will always happen automatically once you are done speaking with Carl. If he doesn’t die during your conversation, he will simply fall asleep and Markus will walk out.

Markus is still alive at this point in the story and Connor uncovered Jericho, resulting in the attack that forced its residents to leave.

Deviants Regroup: This is an automatic result of the above node as everyone hides out in an old church.

– Talk to North/Share a Moment: As long as North is still alive, you can talk to her, and you’ll share a quiet moment with her if your status is romantic. 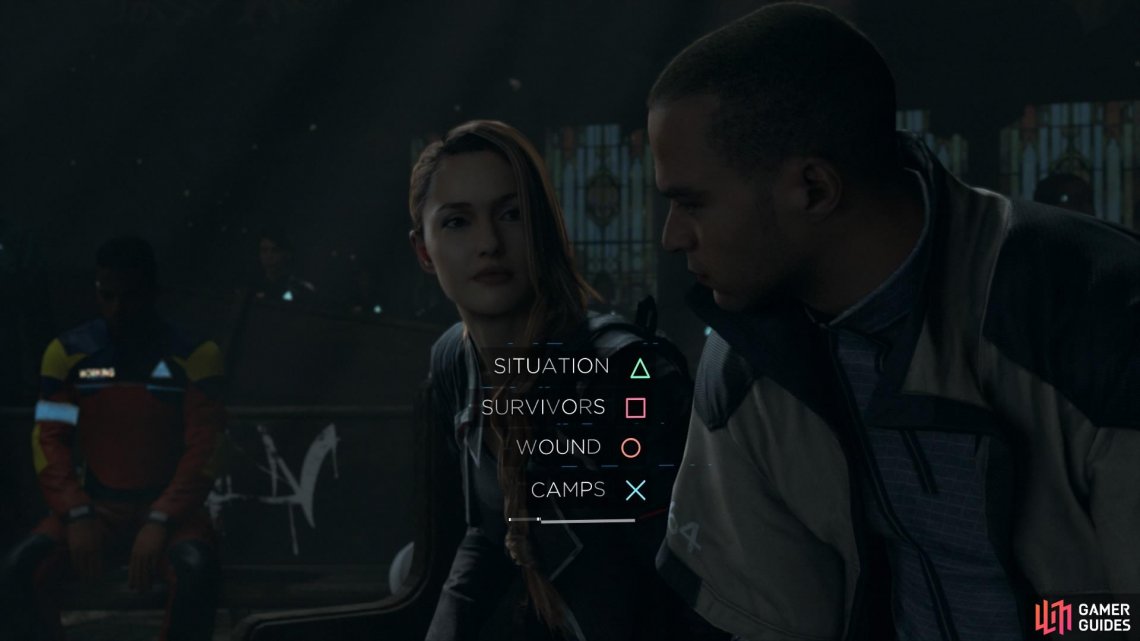 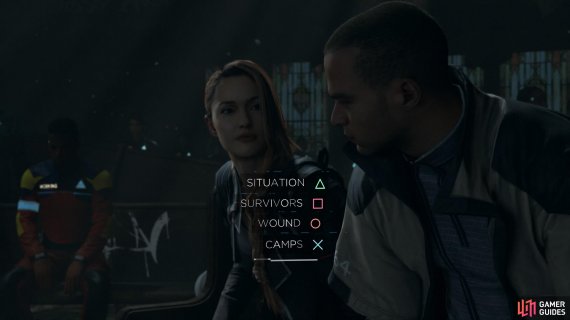 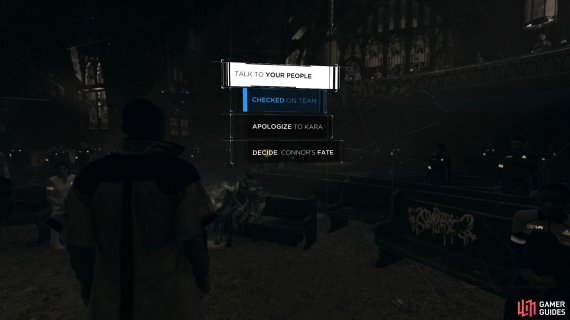 – Talk to Kara: If Kara and Alice were not captured in the previous chapter, they will also be here, sitting on the bench to your left.

– Talk to Josh: If he’s still alive, you’ll find him standing against the wall to your right.

– Talk to Simon: If he’s still alive you can talk to him, too. 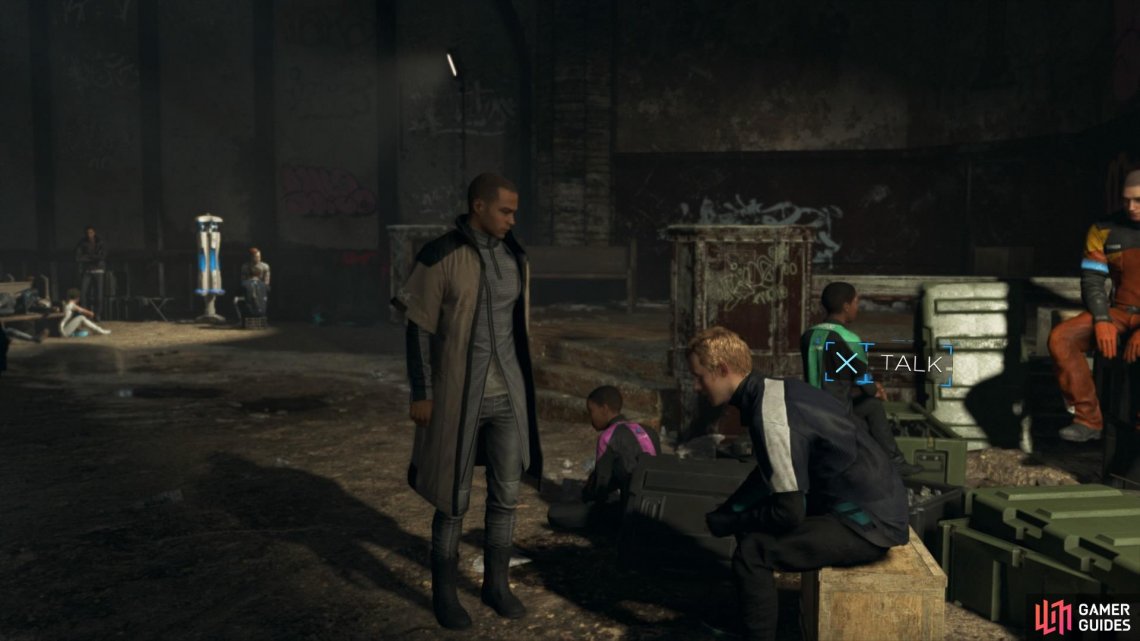 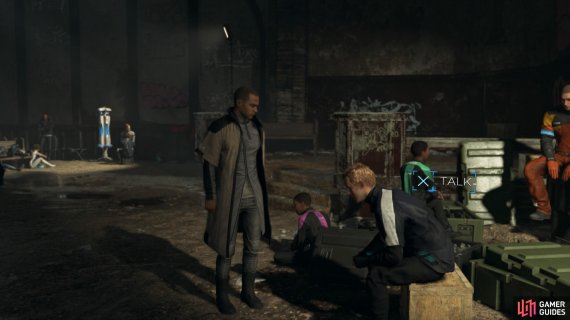 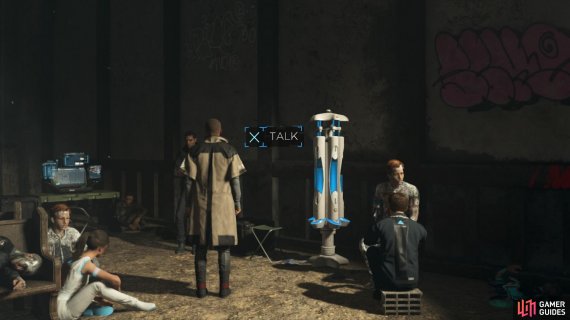 – Talk to Connor: If Connor became deviant he’ll have joined you in escaping Jericho. He’s standing to your right, not far from Josh; now you can decide whether he stays with you. If you choose not to trust him, then Markus will Kill Connor, resulting in a new Connor being sent. If you choose to trust him, then Markus will Spare Connor and he’ll offer to go to CyberLife for you to help win the fight. 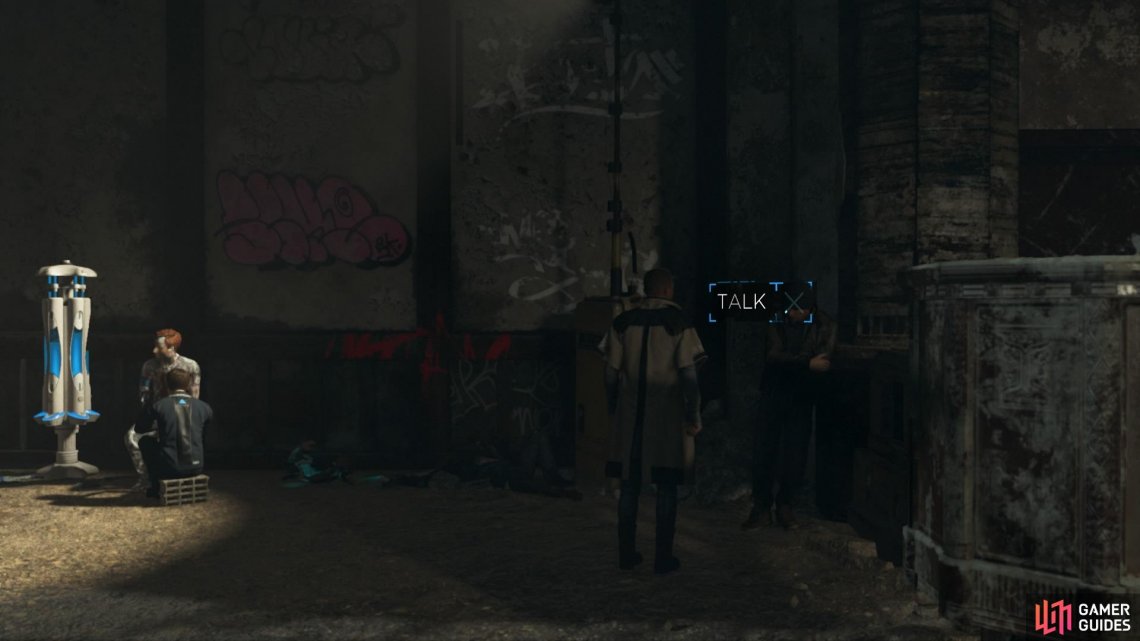 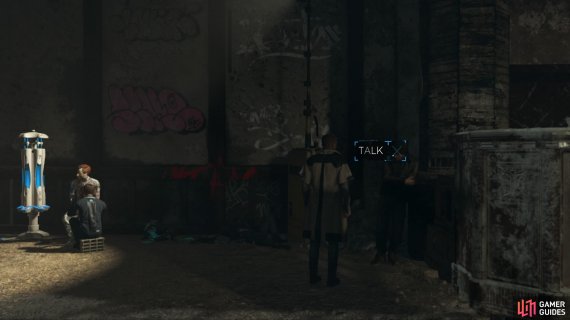 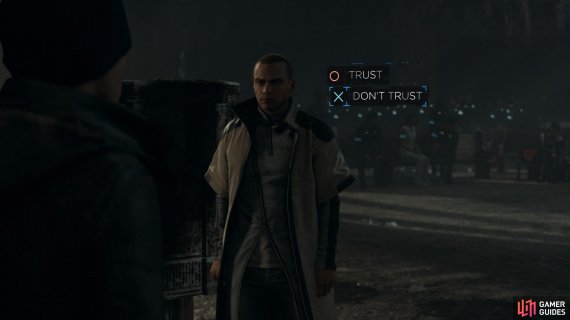 Find Connor standing off to the side (near Josh) (left), Choose to TRUST him (right)

From here, Markus will prepare to give a speech to his people, and you’ll have to make one more vital decision going into the final chapter.

VIOLENT ATTACK – Markus decides to lead a violent revolution, resulting in the ending Markus Chose to Fight for His People.

PEACEFUL PROTEST – Markus decides to lead a peaceful revolution, resulting in the ending Markus Chose to Protest for His People. We recommend this one to stay on the path to the good ending. 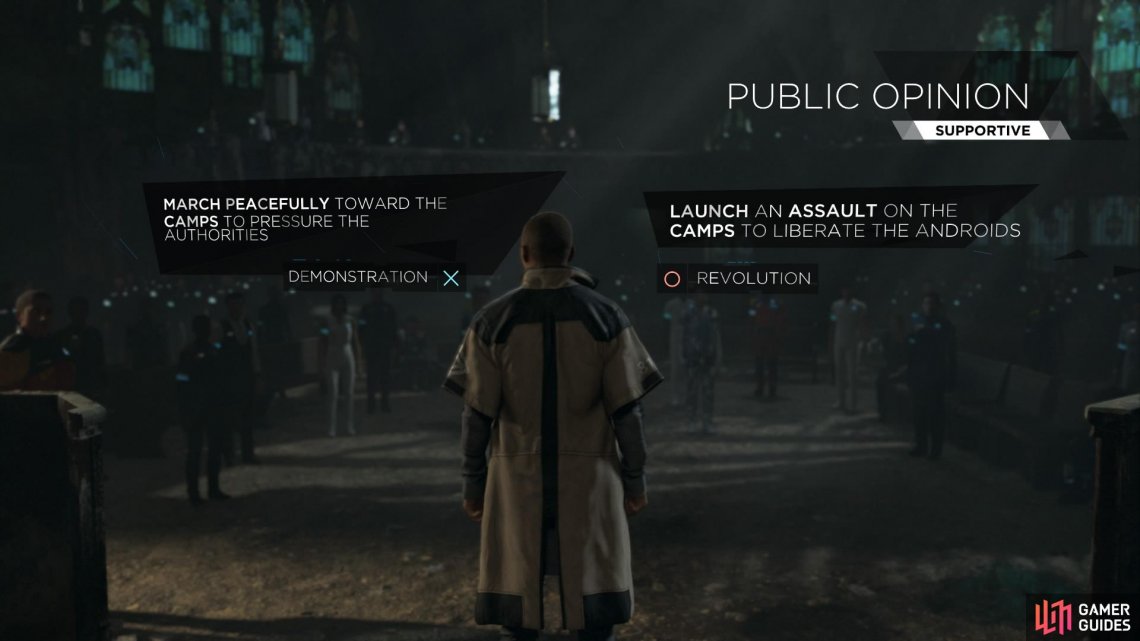 Connor will have remained a machine during the previous chapter, and he’ll return to see Hank one last time.

The Last Assignment/Hank’s House – Connor’s relationship with Hank must be hostile, and Hank will have quit the police force during ‘Last Chance, Connor’. Connor will return to Hank’s house in a taxi.

Enter House/Talk to Hank – These two nodes at this point will be unmissable.

Leave/Hank Committed Suicide – As you leave the house again, you’ll hear Hank shoot himself. This will end this section.

There is an alternative for Connor in this chapter if he became deviant instead:

Connor on Sacred Ground – For this, Markus has to be dead and Connor needs to be a deviant.

Deviants Regroup/Explore the Church – These two nodes will be unmissable as you gather in the church with everyone else.

North Calls to Arms/North Decided to Attack the Camp – This will be an automatic and unmissable ending. North decides to lead a violent revolution against the humans in order to liberate the androids from the camps.

BRANCH – NORTH AMONG THE PEOPLE

If Markus is dead and Connor did not find Jericho, North is the new leader of the group. The automatic ending here is her Call to Arms where North Decided to Attack the Camp.

– Jericho Lost their Leader: Markus is dead, Connor found Jericho, and the soldiers attacked.
– Jericho Was Attacked: The result of Connor finding Jericho’s location.
– Deviants Regroup: Markus is dead and North takes over, resulting in her choice to lead a violent revolution.

And that’s it for this sombre chapter. Read onward for the final, action-packed chapter of Detroit: Become Human.