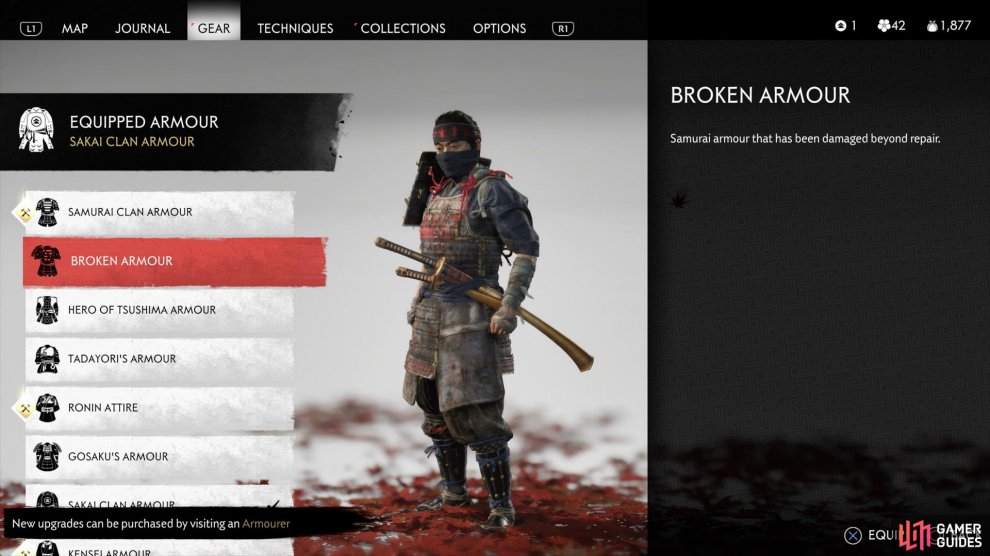 The Broken Armor was worn by Jin Sakai during the battle against the Mongol Invasion in 1274. However, due to the outcome of the battle, the armour became broken and was recovered by Yuna.

You can reclaim the armor during the Prologue, but offers zero benefits and cannot be upgraded, so you’ll want to swap it out for one of the following sets as soon as possible.

This Armor can be acquired by speaking with any Merchant in the game, and is perfect for trying to acquire collectibles due to it causing your controller to vibrate when you are nearby one.

You’ll be able to acquire this armor by completing the The Tale of Lady Masako, and is perfect for someone that may be struggling with the combat in the game as it reduces all damage by a moderate amount, moderately increases health, and grants 15% resolve upon taking damage.

This Armor can be acquired by completing the The Broken Blacksmith, and is perfect for someone wanting to take a stealth approach throughout Tsushima, as it reduces enemy detection speed by 20%.