One of the biggest appeals of the Pokémon games is creating your own unstoppable team of Pokémon. But first you need to actually get some Pokémon. The majority of the time, you have to catch your own Pokémon by heading out into routes or dungeons where wild Pokémon are known to be found. 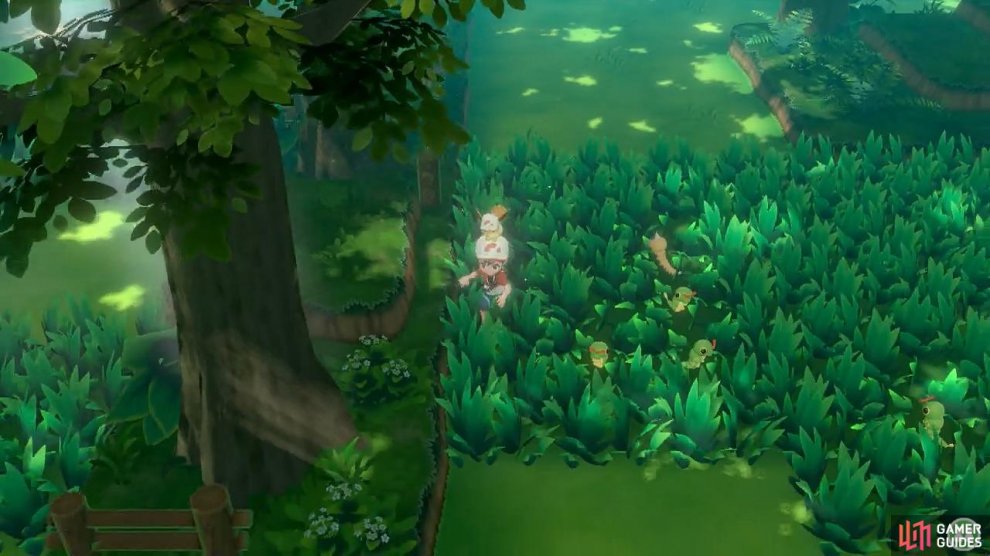 In the past, you randomly encountered Pokémon while traveling through tall grass etc., but that's old. Now, you can actually see wild Pokémon around you. However, just like always, certain Pokémon have a higher or lower chance of appearing than others. Wild Pokémon will slowly appear and disappear over time.

You may notice certain Pokémon with a red or blue swirly aura around them. These indicate large and tiny Pokémon respectively. These Pokémon perform the same as other Pokémon, but catching them awards more experience.

If you are very lucky, you may spot Pokémon with stars around them--and they may be of a different colour compared to others of the same species. These are extremely rare Shiny Pokémon. Likewise, they aren't better than other Pokémon, but are popular among collectors.

Anyway, if you touch a wild Pokémon or they touch you, you'll go straight into catching mode.

When you enter catching mode, the wild Pokémon will start near the middle of the screen. There will be various options available to you. The first one, Get Ready is what you select to begin throwing Poké Balls. If your Poké Ball misses or fails, you must select Get Ready again.

Next, you can press Bag to open your bag and use an item. From here, you can select a better Poké Ball or you select a berry to make a Pokémon easier to catch, etc.

After selecting an item, press Use to, y'know, use it. Once you've selected a Poké Ball, you will keep using it until you change. Also, you can only apply one berry at a time. The berry's effect will disappear if the Pokémon breaks free, but not if your Poké Ball misses.

Finally, you can choose Run Away to escape from the wild Pokémon. Obviously, you'll be unable to catch the Pokémon anymore and it will disappear from the field as well (unless you're in a GO Park).

If you have a second Joy-con controller synced up, you can shake it to summon Player 2. Player 2 can assist by throwing Poké Balls and/or using items. They can do so by using the Get Ready and Bag options. However, Player 2 cannot run away or view the help messages.

The Art of Capture 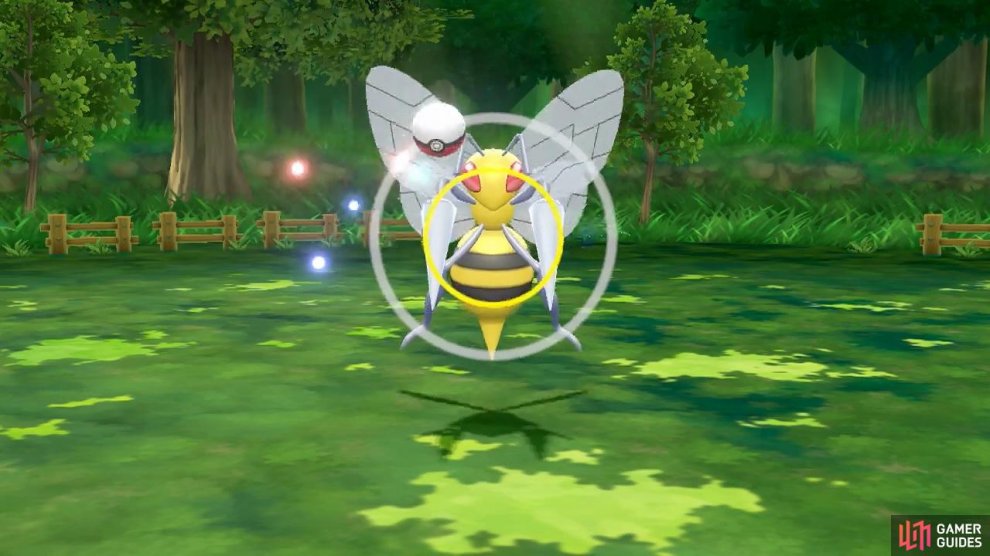 Upon selecting Get Ready, you can throw your Poké Ball at any time. If using the Joy-con or Poké Ball Plus, you can throw by moving your arm in a throwing motion. The most common motions are overarm and underarm. Feel free to adopt the one that suits you best.

If using one of the aforementioned controllers, please make sure to put on and tighten the wrist strap! Also, make sure you're well aware of your surroundings, so you don't accidentally hit a vase or person, etc.

Alternatively, if playing in Handheld mode, you can tilt your Nintendo Switch to aim your Poké Ball, and throw by pressing the A button.

Some Pokémon may also move left or right, in which case you'll need to change your throwing angle. To be honest, throwing left and right can be very hit and miss. One thing you can try is doing a windscreen wiper motion. If it's still early, you can also consider waiting for the Pokémon to move back to the middle. 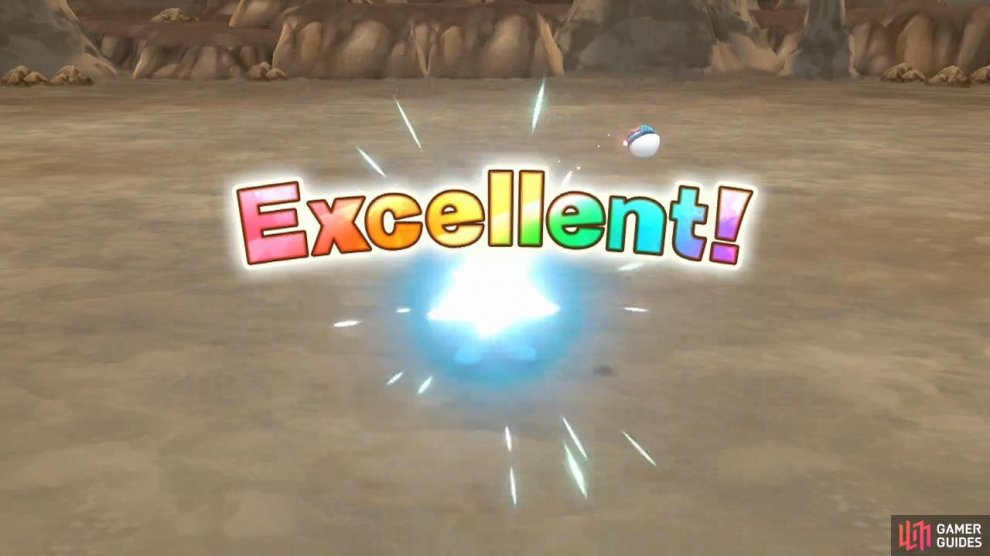 Now, you may have noticed a second circle inside the main circle, which starts big and then gets smaller as it goes near the middle. Pokémon GO players should be very familiar with this. Basically, if you can throw your Poké Ball into the decreasing circle, the smaller the circle, the better your chance of catching the Pokémon.

There's something else about the decreasing circle. If you look carefully, it can sometimes be a different colour. This colour actually tells you how hard the Pokémon is to catch. Green is easy, yellow is moderate and red is difficult. Use this information to decide whether to use better Poké Balls or berries.

If playing in Co-op mode, each player can throw Poké Balls independently. However, if both players throw their Poké Balls at the same time, their Poké Balls will merge together in one. This is called a synchronised capture. As you might expect, doing this will also increase the chance of catching the Pokémon.

Finally, after you successfully catch a Pokémon, your entire party will receive experience points and you may also receive some items. The better your performance, the more experience you earn, as shown in the post-capture screen. Also, if you've caught a new Pokémon species, their data will be recorded in your Pokédex.

Upon catching a Pokémon, you'll start to build up a "Catch Combo". This increases by 1 each time you catch a wild Pokémon, but it has to be of the same species. The combo breaks if you catch a different Pokémon or the target Pokémon runs (but it's fine if you run).

Building a Catch Combo takes time and effort, but it's useful because it boosts the experience you earn. Plus when the Catch Combo rises above 11, you can start to encounter rarer Pokémon and Pokémon with better stats. The effect maxes out at a combo of 31.