There are 6 figurines to collect throughout the Cut. You can find them during different quests throughout your journey, unless you happen across one or two of them while going off the linear path.

During the side quest ‘The Hunters Three’ that you are given by Burgrend in Song’s Edge, you’ll eventually come to a dilapidated cabin with a control tower and some Stalker machines. The first figurine is hiding inside the cabin in a small alcove to the right, depicting a moose. 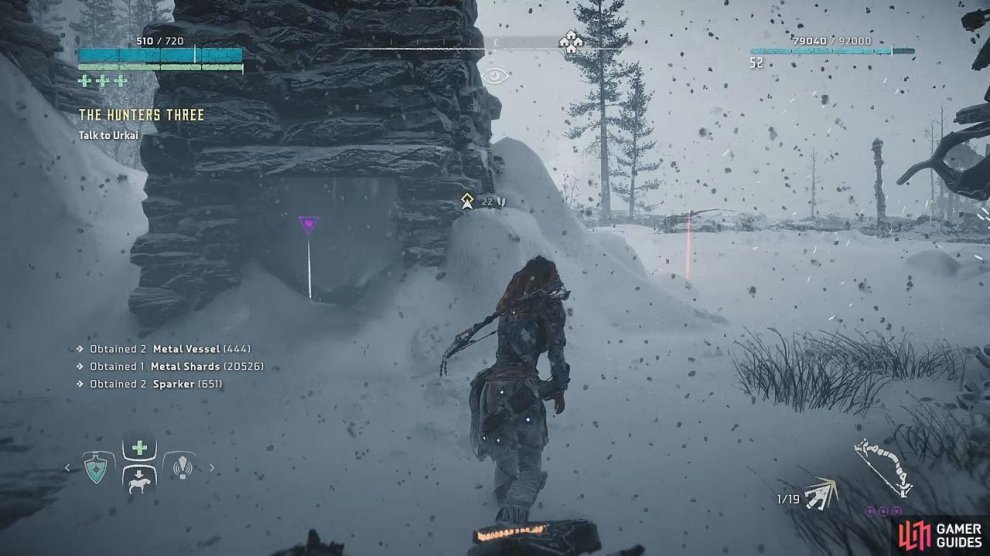 During the side quest ‘Waterlogged’, you’ll make your way to the Greycatch upstream of the dam. There’s a building on the right side of the river with this jaguar figurine sitting in a window. 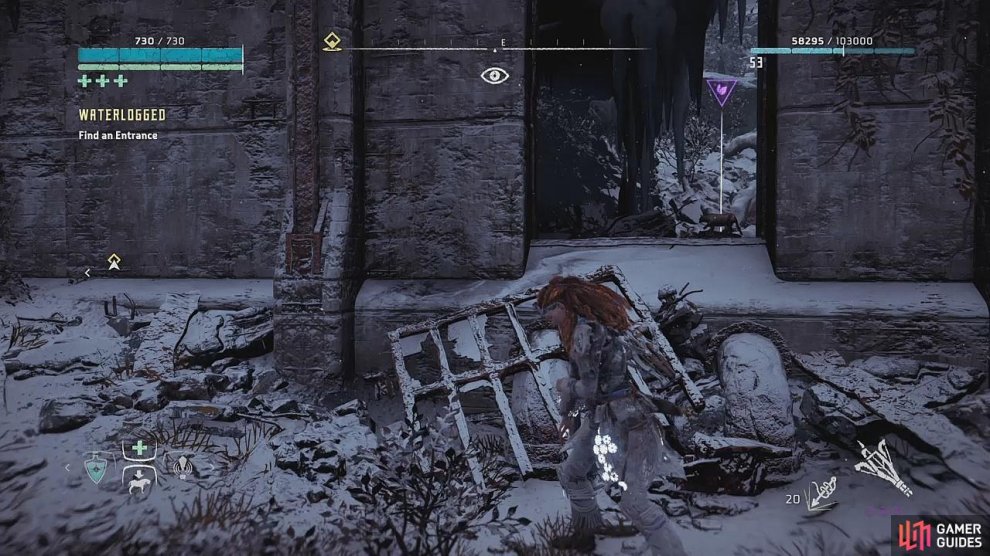 You can actually grab this if you remain in the dam area, or you can pick it up along the way of completing the ‘Out of the Forge’ errand. It sits in the window of a small ruin south of the dam, depicting a bison.

This bear figurine can be found during ‘The Shaman’s Path’ quest once you get inside of Ourea’s retreat. It sits on a desk at the back of the room where the second node puzzle is, and you can collect it either before completing the puzzle, or once the quest has ended. If you miss it, you can still come back for it later. 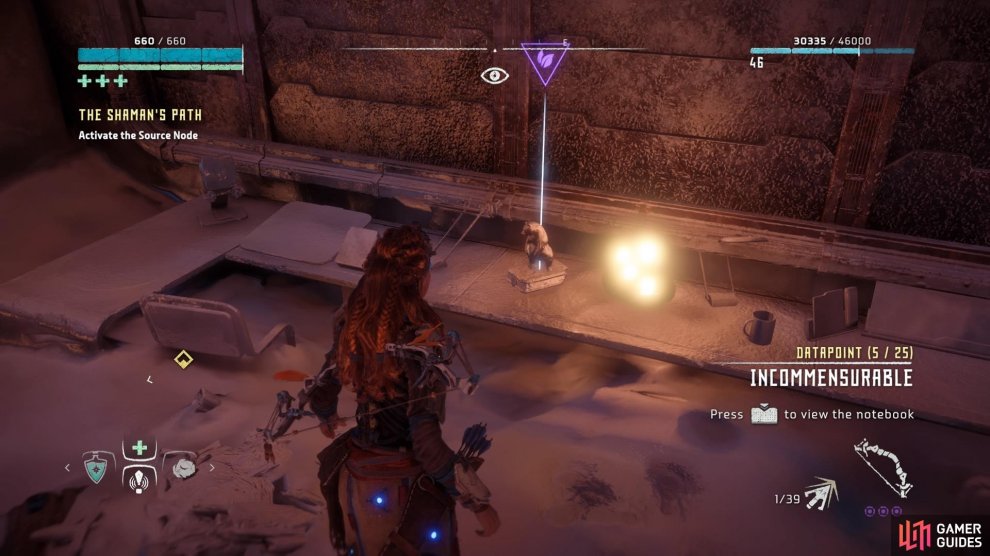 Speak to the Shaman at the hot spring just outside of Song’s Edge to receive the ‘A Secret Shared’ errand. It will send you far north of the Cut to a place called the Drone Hangar. Once inside, find a broken ladder at the back of the room leading up to a small platform to pick up the deer figurine. 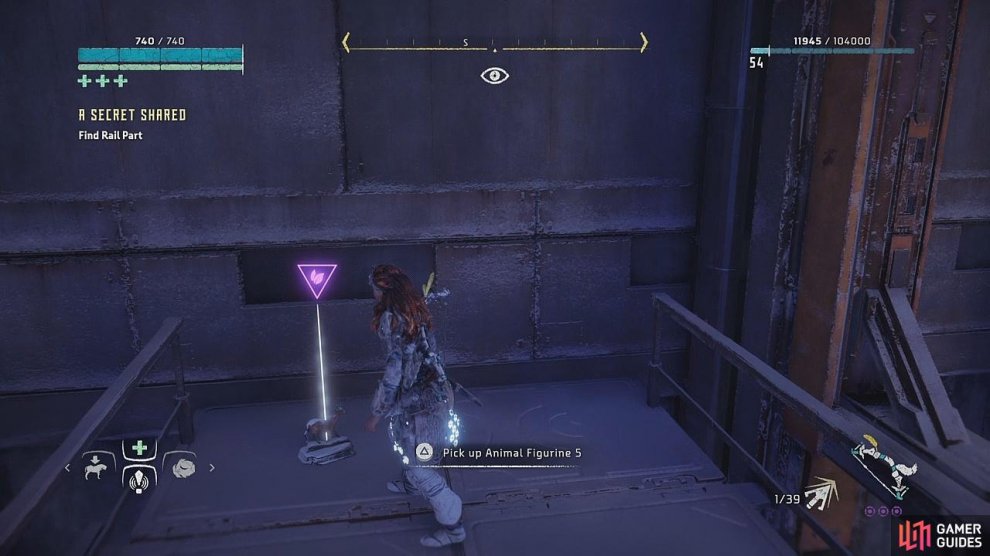 During the start of the ‘Firebreak’ quest, on the long road to the Longnotch settlement, there will be a small stone arch. You’ll come across it naturally just by following the linear path. This wolf figurine, as well as a datapoint, will be sitting underneath it. 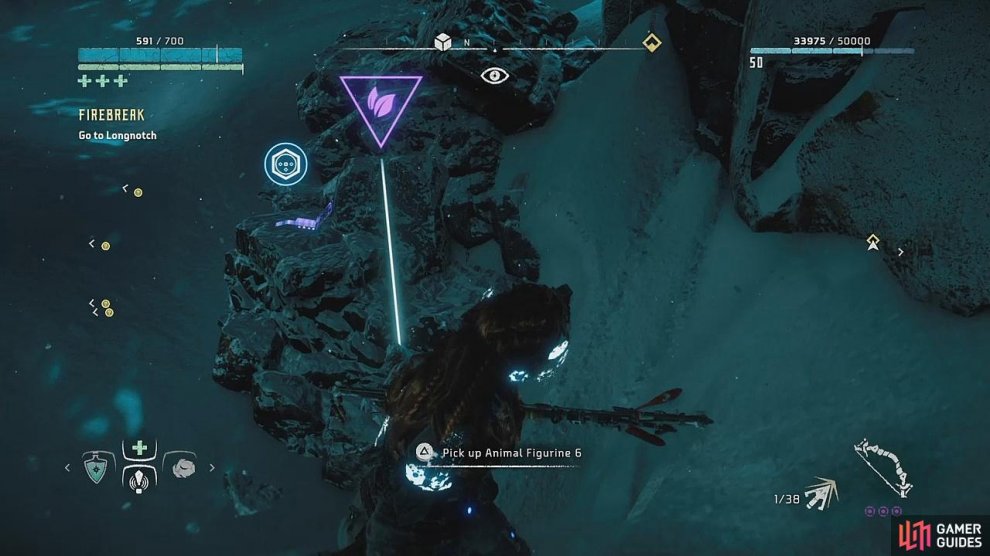 Once you pick up all the figurines, you’ll unlock the trophy for All Animal Figurines found!