Travel to Longnotch and seek out a man named Umnak to the left of the campfire. He wishes to hunt a machine in honour of a fallen friend, but feels he is now too old to complete the task. After having heard the tales of your many victories as a huntress, he asks that you go in his place.

Activate the errand in the quest menu and open the map to see the trail leading to the northeast edge of the Cut. It’s quite far, but you may have activated a campfire directly outside of this area – if so, you can fast travel right to it. 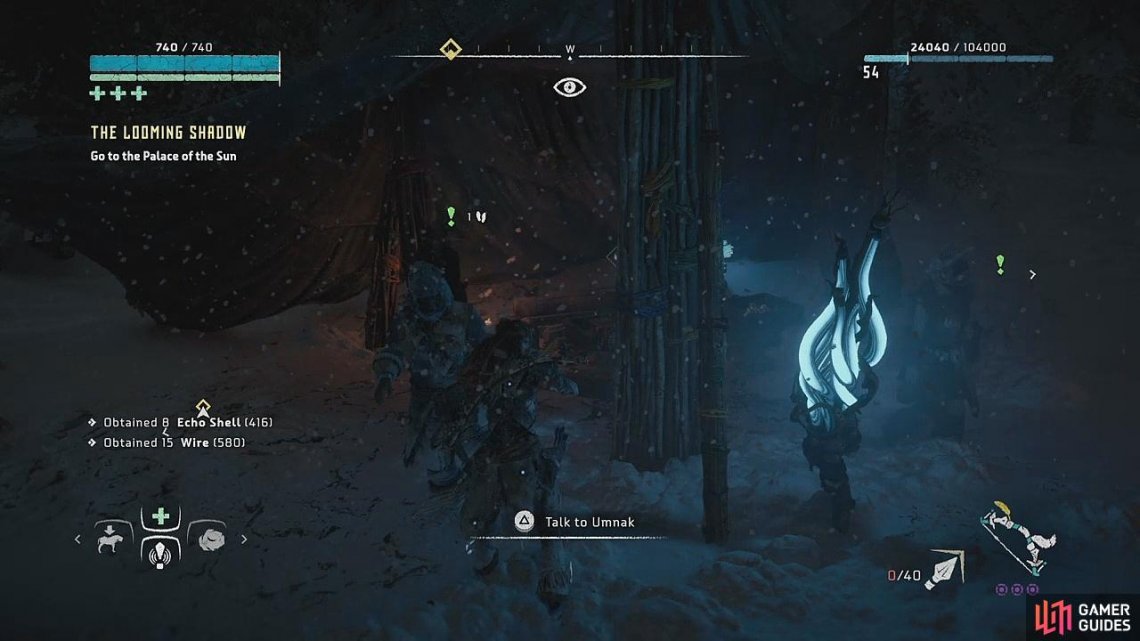 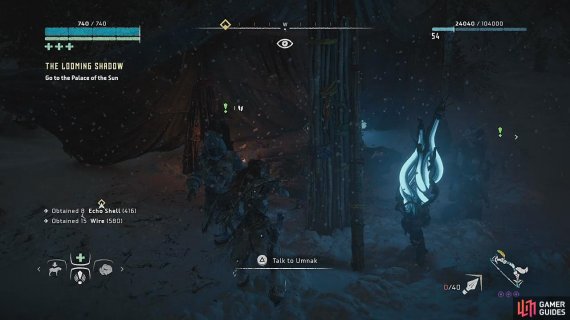 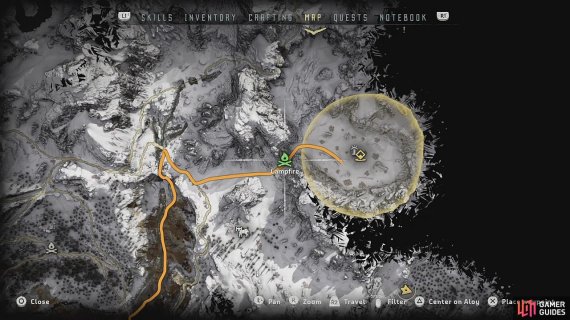 Speak to Umnak in Longnotch (left), Follow the path to the Northeast side of the map (right)

There will be some handholds for you to climb up and around the rocks, bringing you straight into a large area with a control tower standing in the middle. The disarming pulse doesn’t quite reach you, but you also cannot destroy it from this distance. This poses a bit of a problem – as soon as you try to make a run for it, a Daemonic Rockbreaker will instantly make its appearance and lunge at you. The platform with the Tower, however, is the best place to be for this fight; the Rockbreaker is the machine that Umnak refers to as the ‘Claws Beneath’. 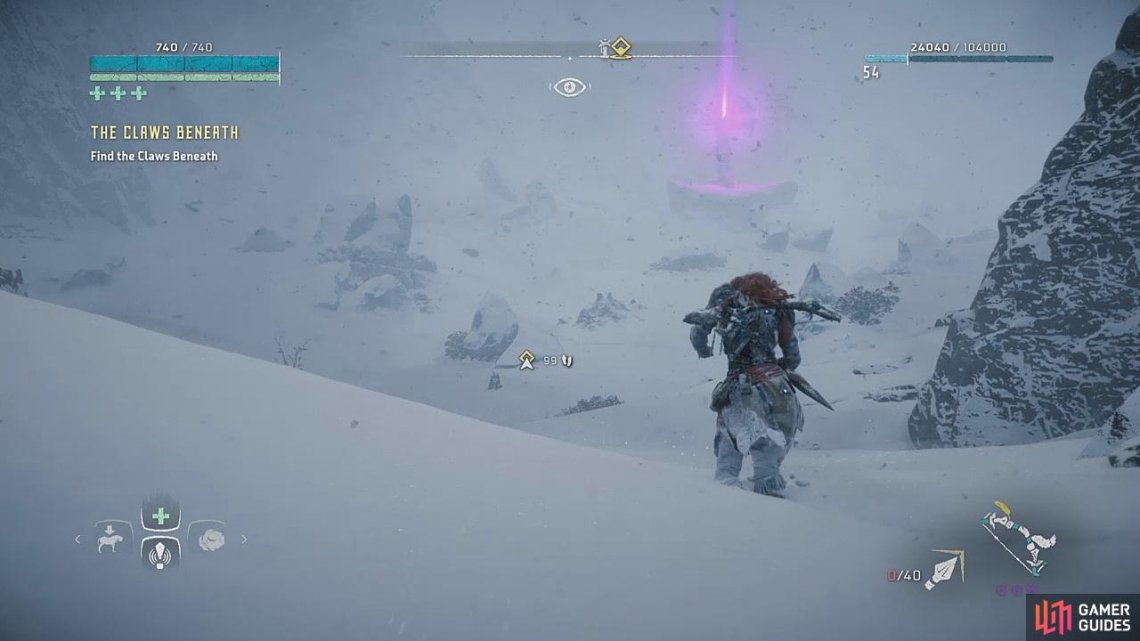 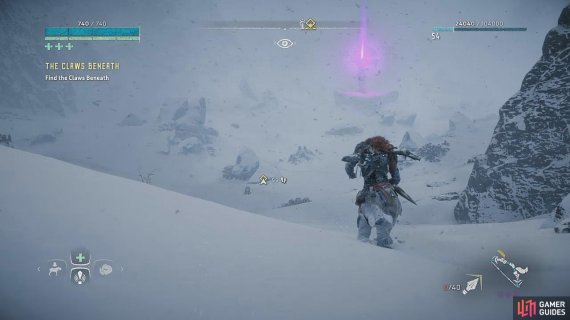 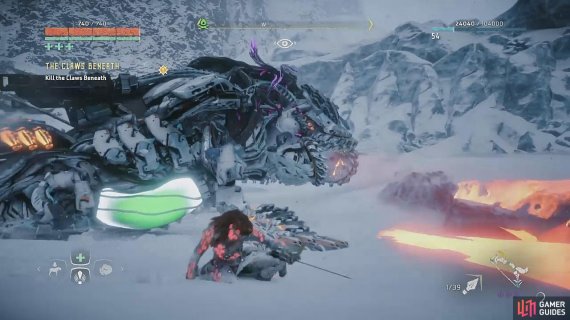 Disable the Tower and use the platform for height advantage (left), Defeat the Daemonic Rockbreaker (right)

Treat this machine the same as its ordinary counterpart – hit it with Freeze whenever possible and aim to knock off as many components as possible. It helps if you can get a good angle enough while it’s on the surface to destroy its feet. This will prevent it from digging back underground. The Rockbreaker is fast but barely ever comes to the surface – you have to lure it out by running around – so this fight may be long if only because of having to wait for it to appear.

First things first, though: if you’re agile enough, sprint towards the control tower to disable it. At least then any damage you inflict on the Rockbreaker won’t be restored, which will of course lessen the amount of time it will take to destroy it.

Once you’ve successfully downed the machine, loot its body for some legendary modifications and return to Longnotch to speak to Umnak.