Alongside July 2022’s Endurance update for No Man’s Sky, we also get the Polestar Expedition. Following on from the end of the Leviathan Expedition, this travel-based mission is the eighth Expedition we have been presented with in NMS so far and looks like it will be an exciting one. Let’s find out all about it.

What is the Polestar Expedition in No Man’s Sky?¶ 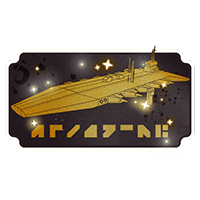 The official blurb for the mission reads as follows: “Embark on an interstellar cruise in the Polestar expedition. Repair the freighter’s unique technology, uncover its mysterious past, and journey across the galaxy at its helm.”

Sounds cool enough to us, but it is one look at the rewards for this mission - which we will go into shortly that has us the most excited about what is to come.

How to join the Polestar Expedition in NMS¶

To begin a new expedition, all you need to do is start a new single-player game and select the Community Expedition. It’s the furthest option to the right-hand side, as shown below.

How will the Polestar Expedition work?¶

The Helios Egg companion is the major reward for completing Polestar.

Hello Games tells us: “Each phase of the Polestar Expedition will reward a generous array of account-wide collectibles. Complete the cruise to earn exclusive base parts, posters, the Fleet Commander’s Cape, the High-Gravity Freighter Trail, a Child of Helios companion, and more!”

One of the most interesting in there looks like it will be the Child of Helios companion - we did a page on the Child of Helios deep space encounter and you can read all about that if you like. New posters and decals are always welcome, but we’re also getting some new potentially useful base parts with the Flaming Barrel, Navigation Archive, and Data Display Unit. The High-Gravity Freighter Trail reward is in keeping with the main theme of the Endurance update and the focus of the Polestar expedition, and the Fleet Commander’s Cape has a beautiful design.

When does Polestar Expedition Start in NMS?¶

The Polestar Expedition was released on Wednesday 27th July 2022. It will run for 2 months. If you’re having trouble starting the expedition, try restarting your console, or restarting the game if you’re on PC.

Polestar comprises five phases, each with its own milestones and rewards. Let’s now take a look at the Phases and how best to get through the Milestones in the quickest possible way.

When you go planetside for the first time in Polestar, make sure you harvest all the resources you can.

Even a few days after the Polestar Expedition began we were still encountering a few bugs that were ticking off milestones for us that we hadn’t completed. Chances are these will have been patched out by the time you play, but we seemed to be completing milestones if another player was in our vicinity and completing the, It happened with milestones specifically based around installing various rooms.

Let’s dig into the Milestones a bit closer, remember you can tick them off in any order.

The milestones can be completed in any order in the Polestar Expedition.

The Logs you need to read are accessed via the Ship’s Captain. Simply approach him and initiate a conversation. Select Option 3, Read Logs and you will be presented with the completion of your first Milestone.

Here you have to restore several critical systems on your freighter. Things such as the Warp Drive that you will need shortly, must be patched up. You will need to do a little trekking around here to complete this milestone as you will need resources such as oxygen, ferrite, and Wiring Looms. You also start with no cash and looms are not cheap so head down to a planet and mine up oxygen and salt so we can process chlorine at a refiner. You only need to gather a small amount, but the more you do get, the more cash you make obviously.

Check out the Freighter tab in your inventory and fix the systems. We actually got the Milestone after fixing the Warp engine, so that may be deliberate as it is essential, or may be just another bug.

You may actually have got this one before the All Hands on Deck as all you need to do here is set foot on a planet. So launch in your Starship and head down planetside.

Here we need to install a refiner room so you will need resources again, but nothing extravagant. We actually passed this milestone without doing it, and we found our refiner room without ever constructing it. You will need one to make that chorine money though.

With the warp engine fixed and fuelled up, it’s time to head to a nearby system to close off this milestone, you only need to fill her up and warp away for the rewards.

Another milestone that auto-completed for us and another room needed to be created. This time the Storage Room - head to the Construction Area of your ship (the only place your build menu will activate - it’s up the steps from the bridge with the green neon lights on them) and place your room in an area where you want it. Milestone complete.

By the time you get to this Milestone you are going to need some cash as it needs five Wiring Looms that will all cost you about 40k units each at the local space station. Refine your salt and oxygen to produce chlorine. Now refine your chlorine and oxygen to produce more chlorine and then sell it at the station your money worries will be over. Collect a Magnetic Resonator or two while you are down there to save time later.

To complete Phase One you need to get to the first Rendezvous point which will be several warps away. A Warp Hypercore will get you there so fuel up with the one in your cargo and make the jumps (about five) to get to the system with the Rendezvous Point.

When you arrive you will need to launch in your starship and locate the RP on the planet’s surface. You are looking for a crashed freighter. When you get there you will get the Phase completed message and unlock the rewards (three poster designs) that you can use on your base in in your main game.

Unlocked rewards in the expedition can be used in any of NMSs modes.

Here we have the seven tasks - plus one optional extra, laid out in front of us.

Phase 2 of the Polestar Expedition contains seven milestones and an optional extra if you fancy getting sociable with another player, but more on that in a moment. First, let’s take a look at what you need to do to complete this phase and pick up a colorful Galactic Trail as your reward. Remember, you can complete any milestone, in any phase, in any order you choose.

The first Phase 2 milestone can’t actually be completed until you complete the second one, which seems a bit weird, but neither is particularly difficult.

Once you have completed the milestone below, head to the Freighter’s Captain and access the Ship’s Log, just as you did in Phase 1.

The log above won’t be accessible until you have reached the second Rendezvous Point so prepare to do another few long-range warps to get to the target system as marked on your Galactic Map by the thin blue line.

Once there, you again need to head down to the planet’s surface and locate the Rendezvous point, before returning to the Captain to complete the milestone listed above.

The bugs prevalent in this Expedition meant this was another milestone we ticked off without lifting a finger, seemingly because another player in our vicinity completed the task. If you aren’t as fortunate as us, you need to craft an Orbital Exocraft Materialiser on your Freighter so you can summon the Exocraft you are about to make in the next milestone.

Now you will be heading to a planet with water because you need to craft and deploy a Nautilon submarine in order to tick off this milestone.

To get the parts you are going to have to do a bit of swimming to gather resources such as salt and Crystal Sulphide, which can be found as crystals attached to the hot air vents that blow and cause you to damage underwater. You only need a few, craft the sub, get in it and move off and you will chalk this milestone off.

Another simple enough one means you just need to get the resources together to craft a Teleport chamber on your freighter. Don’t get us started on the bugs we encountered with the Teleport chamber disappearing and hiding itself in an inaccessible part of the ship, so when we teleported back later we were trapped and lost a couple of hours of gameplay. The best advice here is to manually save regularly, at least until they patch it.

This Milestone is one of the ones you may well have been working towards without even realizing it. You need to scan 20 plants to get it, so if you haven’t been scanning as you go along (you really should be for other milestones such as reaching a certain number of units later on) you will have to do a bit of trekking about as you will need to visit multiple planets in order to hit the 20 mark.

Another simple room builder so you just need the resources handy. The Double Cultivation Chambert must be constructed on board your freighter. Once complete you can grow up to four plants at a time.

We mentioned at the start an optional milestone that would need you to be more sociable with your fellow pilots. To complete this milestone, and scoop up a large number of units and other worthwhile goodies you need to visit somebody else’s freighter base, which involves getting talky with them, joining up, and becoming pals. Trust us, it’s worth it.

Fancy a cool-looking engine trail for your Capital Ship? You got it.

This ongoing guide for the amazing No Man’s Sky includes the following: