Horse riding is fairly simple to get to grips with. The more you ride, the more you will increase your skill in Horsemanship. It is therefore recommended that you avoid using Fast Travel until you have reached a satisfactory level in Horsemanship. This does not take long and provides the added benefit of allowing you to enjoy the landscape and discover more of its features. As with other skills, you will gain access to perks at specific levels. For Horsemanship, this includes level 4, 7, 10, 14, 17, and 20. There are two perks accessible at level 4 which you must choose between; Racehorse and Heavy Duty Pony. The former makes your horse faster but carries less weight, while the latter allows your horse to carry more weight but is slower. The choice you make depends on what you value most, but it should be noted that you will often find it necessary to transfer items from your personal inventory to that of your horse, especially when hunting or fighting large groups of bandits.

Aside from the perks, each horse comes with four main stats which improve as you level in Horsemanship and purchase specific upgrades:

– Stamina - Determines the distance a horse can gallop before throwing you off the saddle.

– Capacity - Determines the amount a horse can carry, able to be increased by saddle upgrades.

– Speed - Determines the speed a horse canters and gallops, greatly enhanced by horseshoes.

– Courage - Determines how a horse behaves in battle. Low courage will cause it to flee more readily.

The first horse you are likely to own outside of stealing one is named Pebbles, given to you during the main quest ‘The Prey’. However, it is also possible to purchase numerous horses with various stats from horse traders in Neuhof, Uzhitz and Merhojed. Each horse is ranked by a tiering system which roughly corresponds to its stats and price:

Although horse armour is not currently sold by any vendors in the game, there is one piece of head armour which can be found on the corpse of a horse located on a cliff edge east of Ledetchko, shown here: 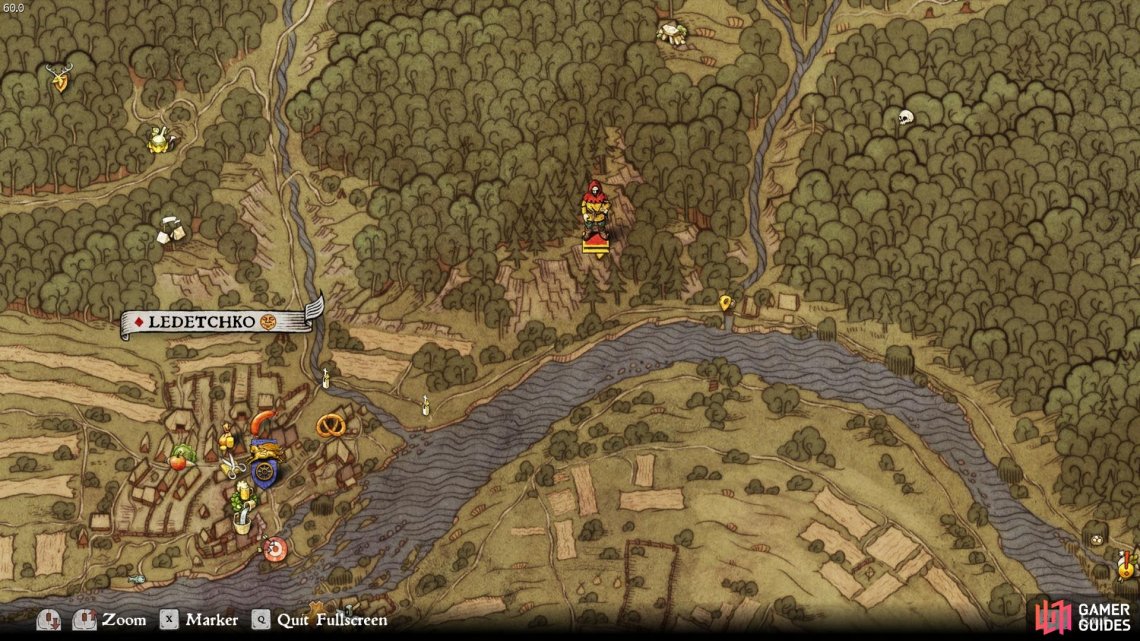 The location of the cliff edge where the horse armour can be found.

Once you reach the top of the cliffs, find the point directly above where the horse corpse is located. You will notice it by the large bird nest surrounding it: 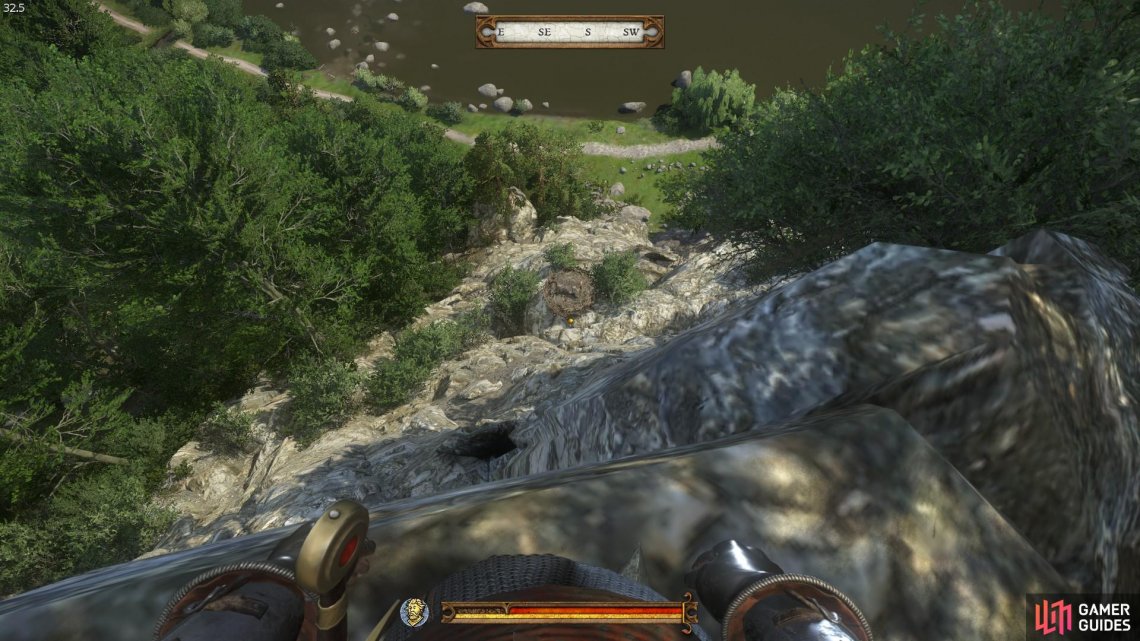 View from atop the cliff point with the bird nest below.

At this point you will have to make use of the various outcrops located directly beneath you to buffer your descent and reach the nest. The chances of making a safe landing are slim, so it is worth saving before attempting the fall. It is also advisable to bring bandages and health potions. Try to land to the right of the nest for the safest landing. You will almost certainly sustain injuries and it may take a few attempts, but once at the bottom you can loot the corpse freely: 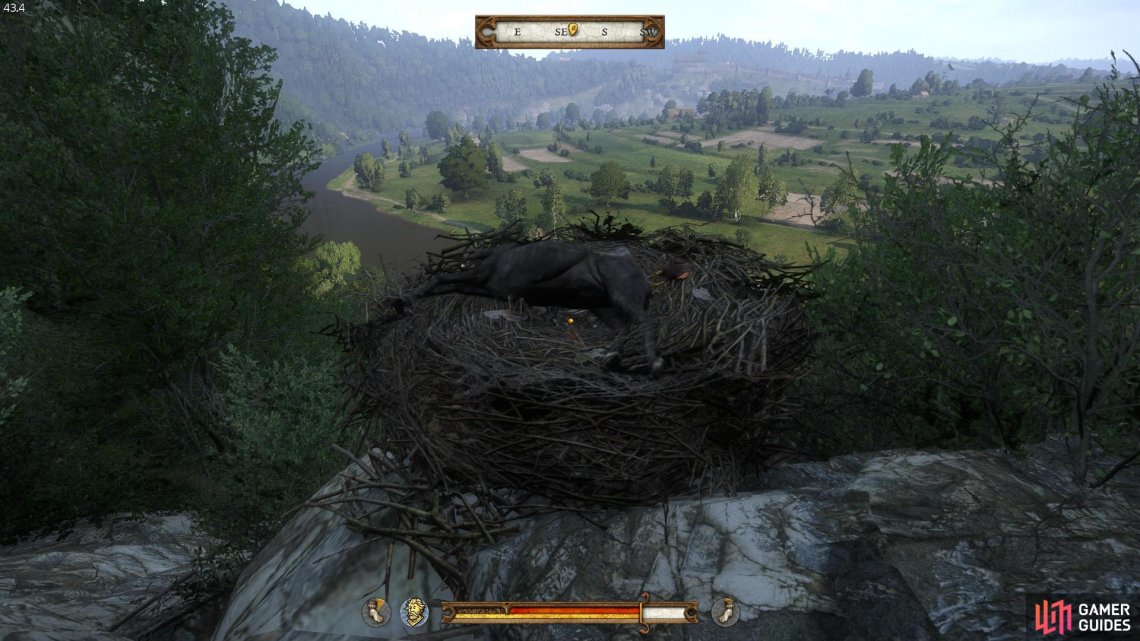 View from the location of the nest with the horse corpse within. 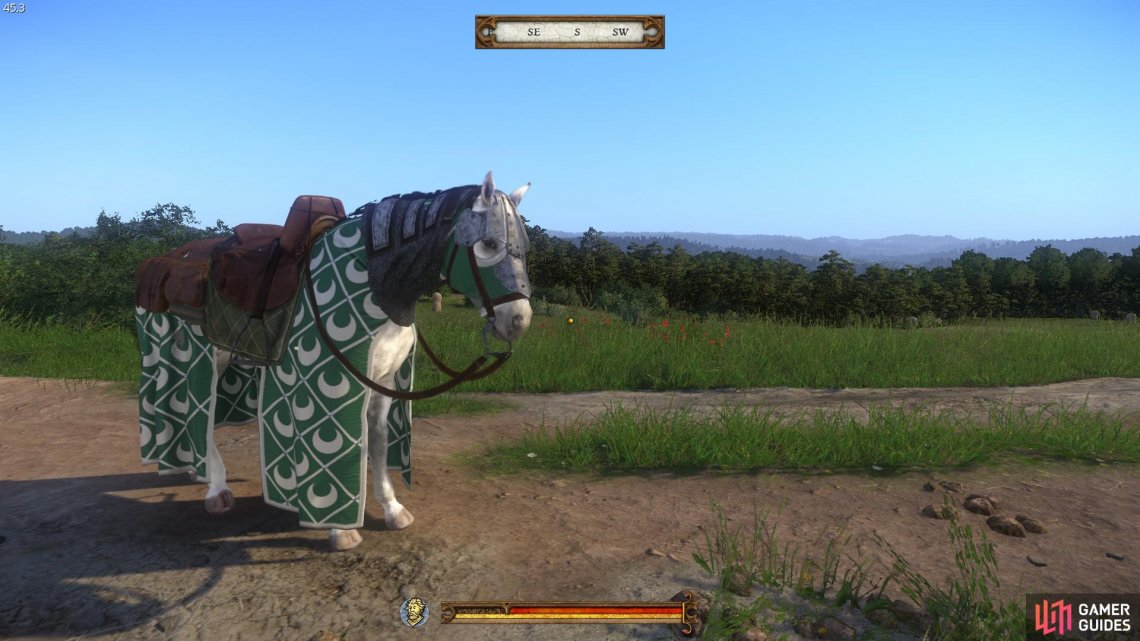