This quest can be acquired from Urban, the guard stationed outside the Custodian’s house north of the monastery. He is frustrated that he is not allowed to see the remains of Saint Procopius, and wants you to find a relic of the saint and bring it to him so that he can touch it for good luck.

You should begin by going to the cave beneath the monastery on its west side. You can wait until nightfall to avoid the guard who is stationed there during the day, or you can knock him out before you go down to the cave. Alternatively you can go around outside the walls and pick the lock of the door leading to the cave. You should remove any items with high noise ratings and crouch your way into the cave to avoid the attention of the guard. 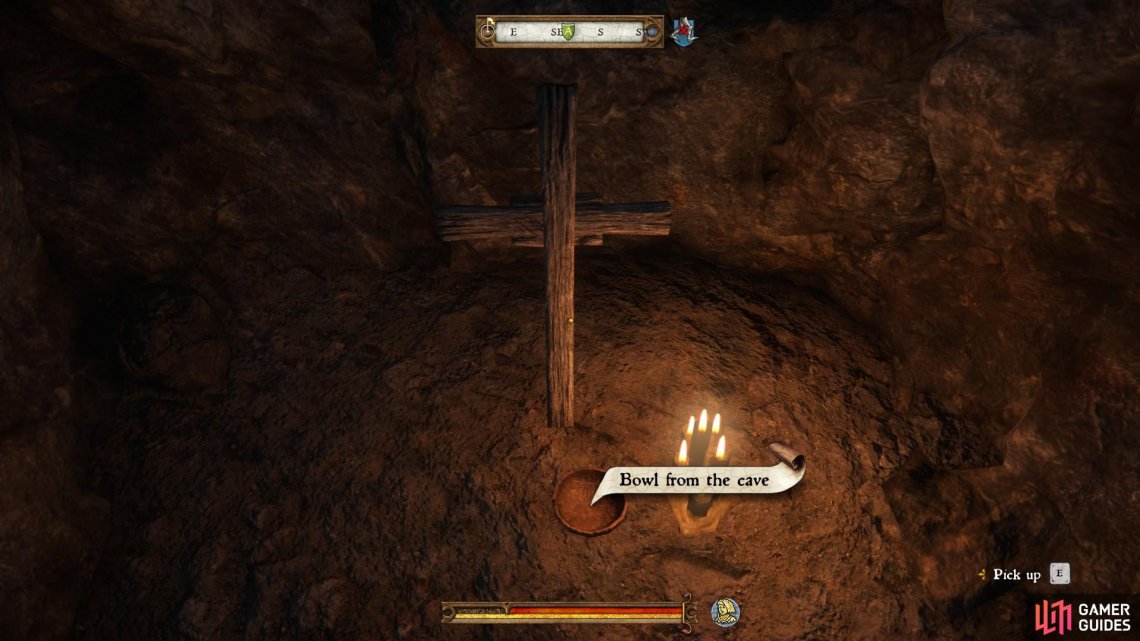 Once inside, you will find a small bowl beneath a cross. Pick it up to trigger the next phase of the quest.

While the bowl counts as something, you can complete the optional objective of finding something better by visiting the charlatan in Sasau. He will claim to have a bone belonging to Saint Procopius, which will be convincing enough for Urban. If you have already completed the quest assigned by the Charlatan, he will no longer be there and you will have to settle with the bowl.

Once you are satisfied that you have something to offer Urban, go back to him and present him with the item. He will ask you if you are certain that it belonged to the saint, to which you can persuade him with ‘Of course.’ Accept the offer of thanks or graciously decline it and the quest will complete. Take the bowl back to the cave if you wish.