This quest can be acquired from Sir Radzig in Rattay. He will inform you that Chief Engineer Tobias Feyfar is looking for help with an important matter. A large quantity of silver has been discovered in the region, with its source likely being the Skalitz mines. Master Feyfar requests that you go to the mines and inspect their condition. There are five main parts of the mineworks that should be inspected, all of which are marked on the map around Skalitz.

The first feature you will come across is the ore processing yard. Cross the bridge leading to the yard from the east entrance. Be prepared to encounter some bandits. 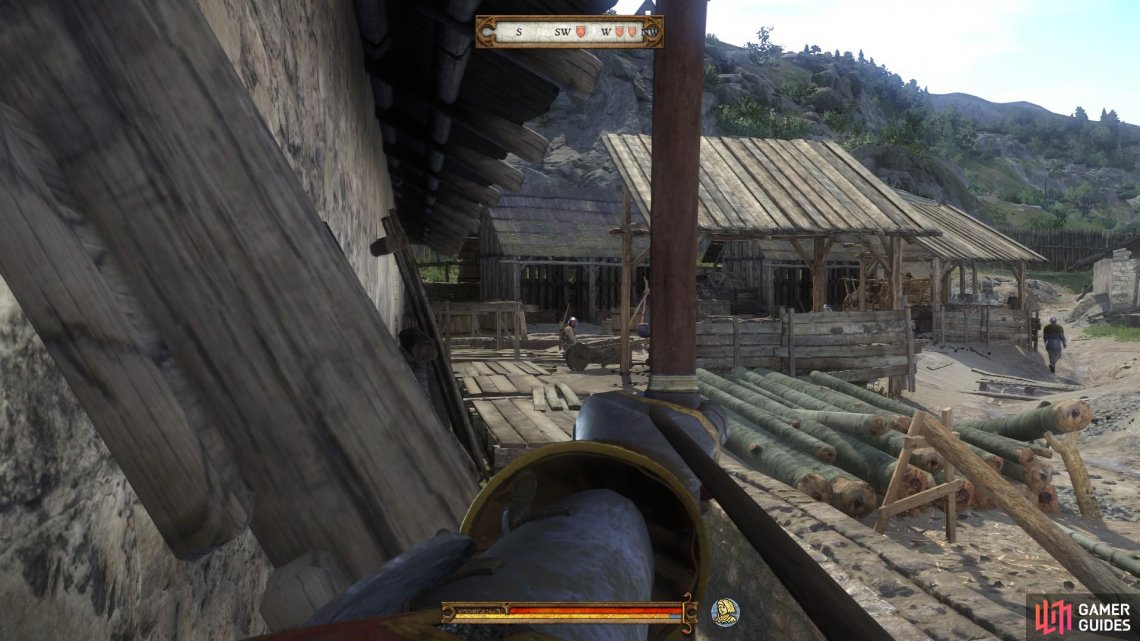 When you reach the ore processing yard, there is no way to fully inspect it without killing the bandits there.

Deal with the bandits in the yard and then inspect it thoroughly. You will find that the bandits are highly alert, so killing them from stealth will be difficult, though it can be done if you rely on wearing lighter armour and focusing on stealth kills. However, if you are an effective fighter it is probably easier to face the bandits in open combat.

Once you have dealt with the bandits, approach the marker in the ore processing yard and inspect the condition of the apparatus. When Henry has noted the condition verbally, you can move on to the waterworks in the north.

After the waterworks, you can go to the camp in the south, as marked on the map. There you will find Nemoy, though he will not be named as such. You will notice him by his yellow, grey and black clothing. He will be one of the few miners walking around. Speak with him about what he is doing at the mine. Regardless of your dialogue choices, he will eventually die, whether by your hand or his companions. However, you can bribe him for some silver before you go to inspect the mine gallery.

As you approach the gallery you will see a guard at the entrance. Walking toward him will trigger a dialogue interaction. You can choose between three responses, with the intimidation tactic allowing you to explore the mine freely, if only for a little while.

The mine is an enormous labyrinth, but you will only be able to go one way through it for now. Follow the tunnel through to the end, where you will encounter a cut scene in which a man (Nemoy) is pushed into the mine and killed. Two bandits will then appear above you. If you mention that you have been sent by Sir Radzig, they will attempt to kill you. If you ask them to be sensible, you can negotiate your way out safely. Either way, you will have to escape the mine by heading east through the tunnels, toward a new marker which has appeared on the map.

Once you have escaped the mine you can go back to Tobias Feyfar and inform him of what you know. You will then have the option to request a reward.