Hynek informed you that Timmy can be found at a mill south east of Merhojed. However, before you can make your way there you must deal with the bandits who have come to Hynek’s hideout (assuming you found him before they did). 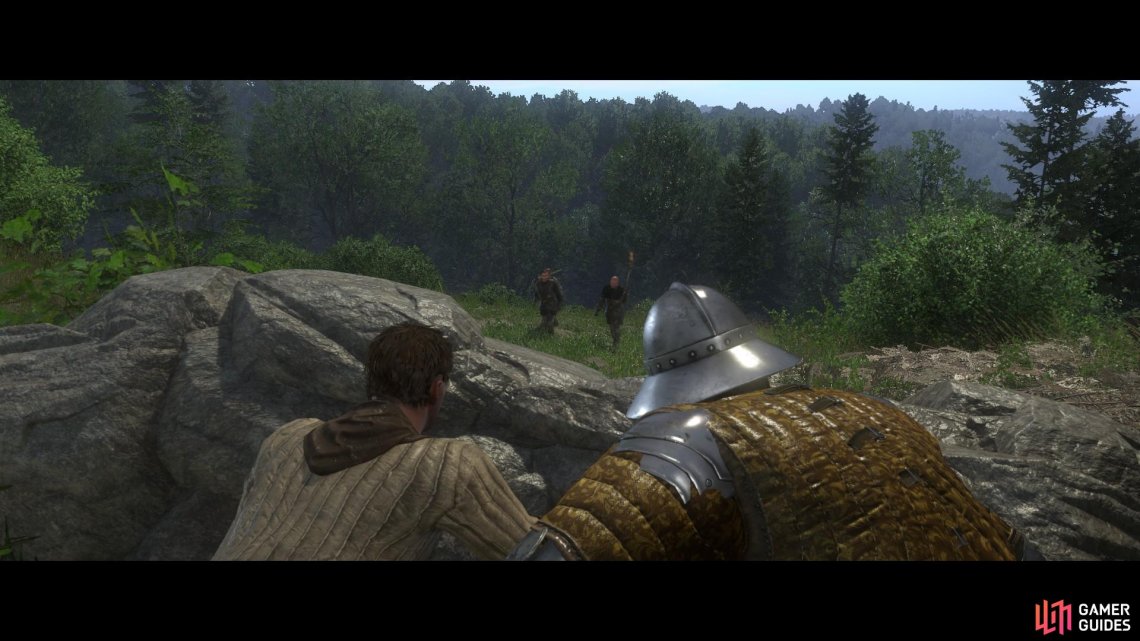 Deal with the bandits who are looking for Hynek. This is your last chance to equip heavy armour. 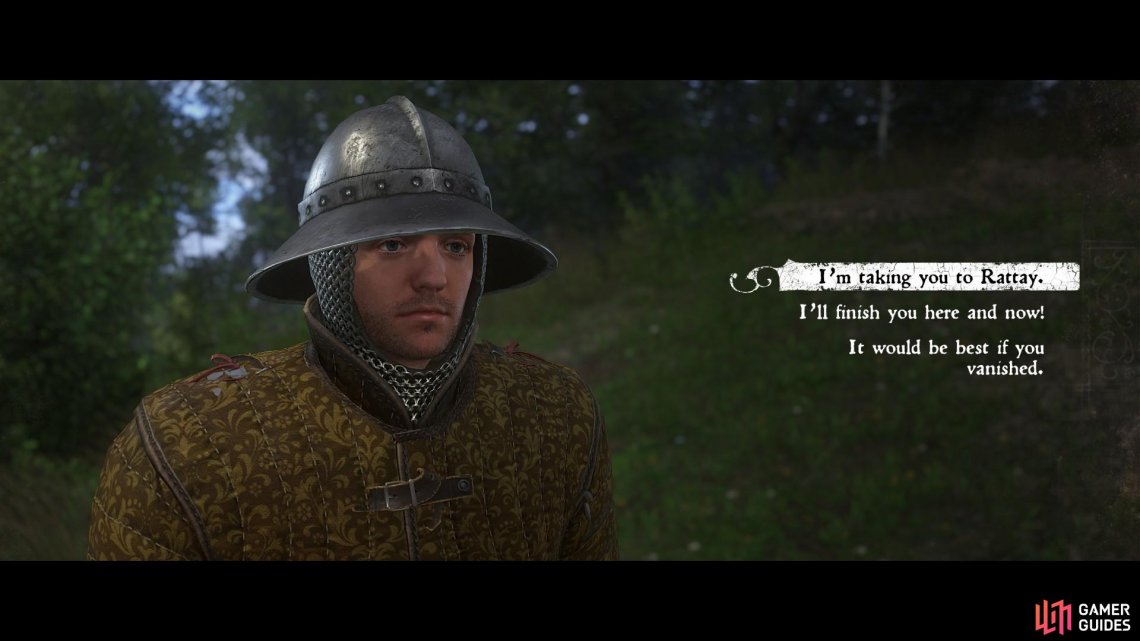 With the bandits dealt with, it is time for you to decide Hynek’s fate; bring him to justice in Rattay, kill him yourself or release him unconditionally as recompense for his cooperation.

With your decision made, go to the mill south east of Merhojed to find Timmy. Speaking to any villager will lead you to Mirka, Timmy’s sister. Seek her out and enquire about her brother. 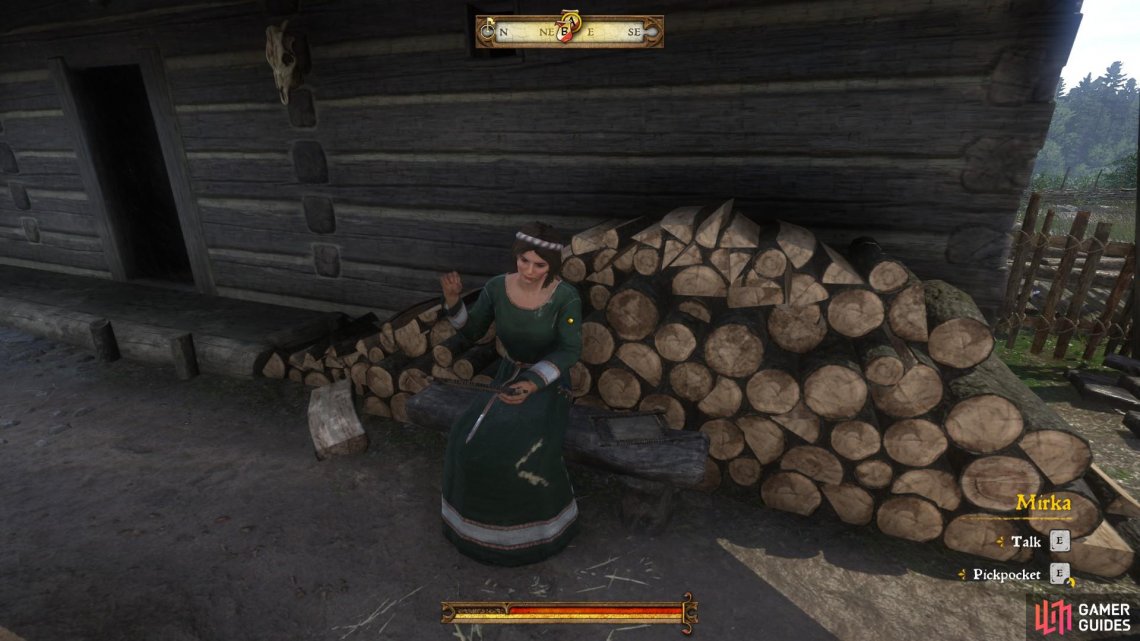 Mirka can usually be found outside the lodge in front of the log store.

Speak to Mirka and persuade her that you have good reason to speak with Timmy. She will ask you to join her behind the mill to discuss things further. 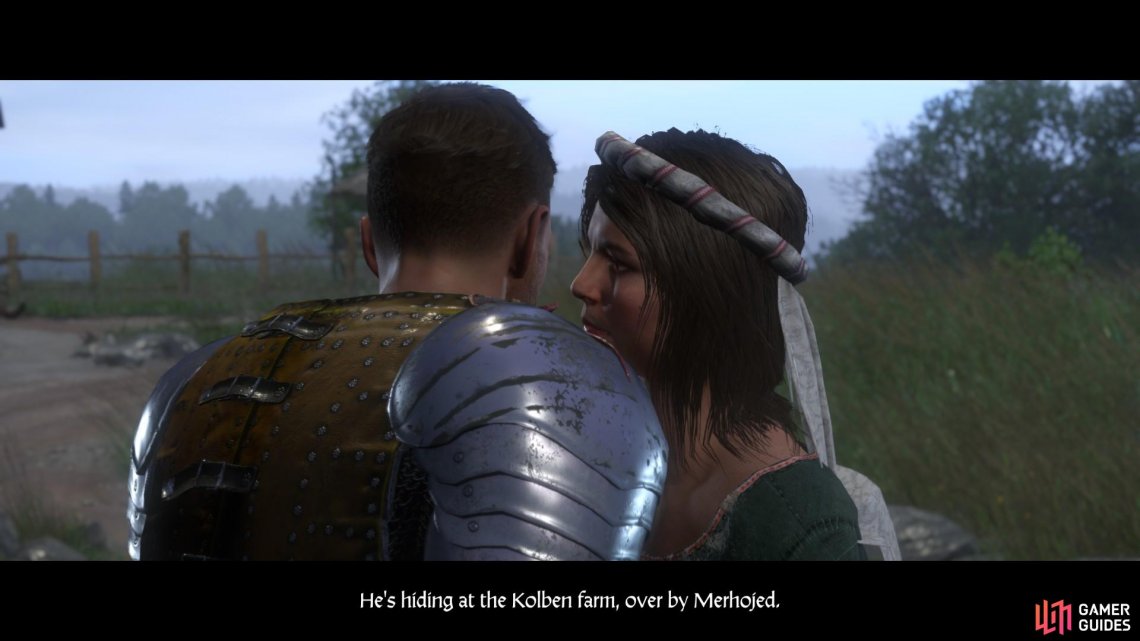 (1 of 2) As you speak with Mirka about her brother Timmy, a group of bandits led by Morcock arrives. Mirka hurriedly tells you where to find Timmy before running off. 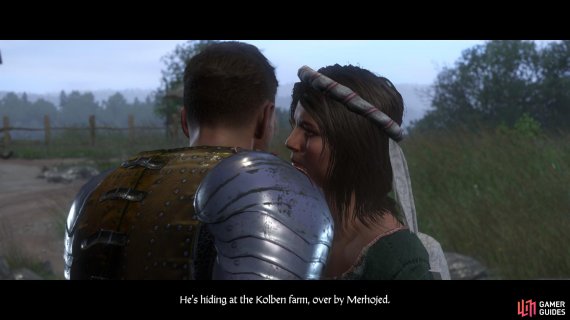 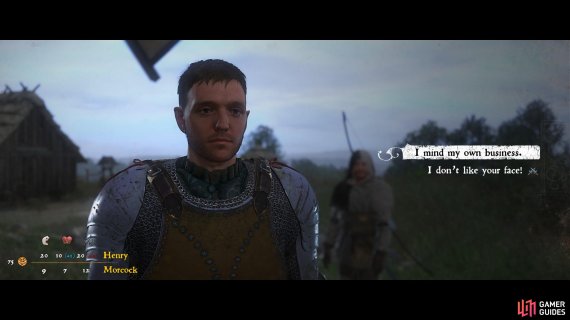 As you speak with Mirka about her brother Timmy, a group of bandits led by Morcock arrives. Mirka hurriedly tells you where to find Timmy before running off. (left), Morcock will ask you a few questions. You can choose to respond with diplomacy or force. (right)

Note: If you choose not to kill the bandits, you can discover the location of the camp without the help of Timmy by initially cooperating with Morcock. If you lead them to Rattay, make use of the guards to defeat them. Alternatively you can betray Mirka by telling Morcock the true location of Timmy, thereby earning some coin.

Now that you know the location of Timmy, you can find him at Kolben farm, south west of Merhojed. 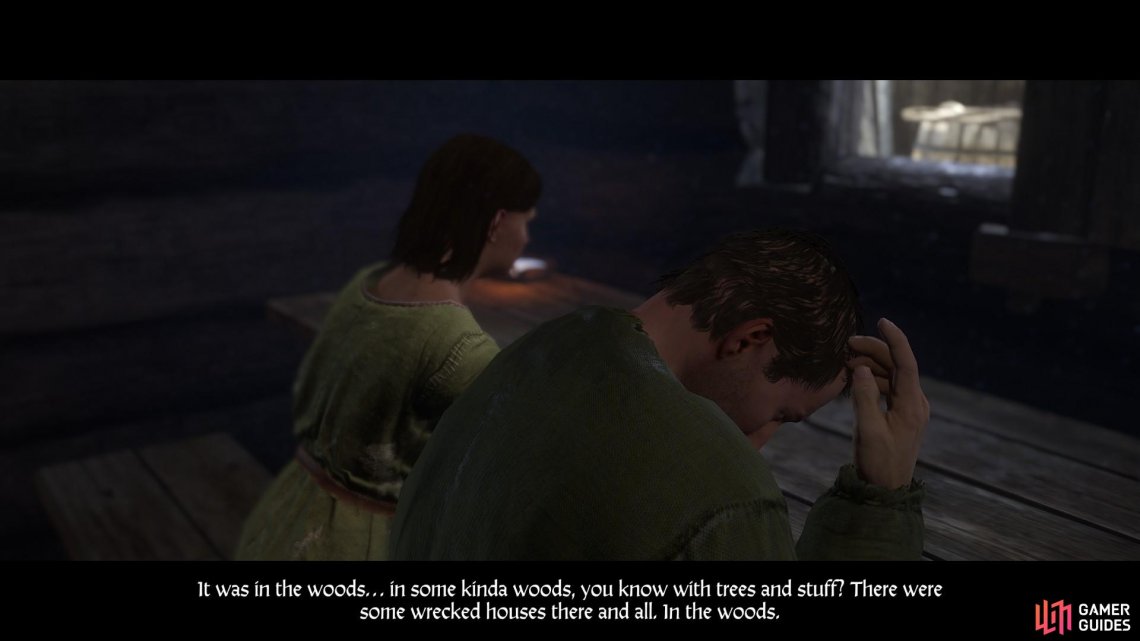 After pressing Timmy for information, he will yield some vague directions to the bandit camp.

Report what you have learned to Sir Radzig, who has now set up camp north west of Merhojed.