The chapter begins with Henry fully rested and Captain Bernard at his door. 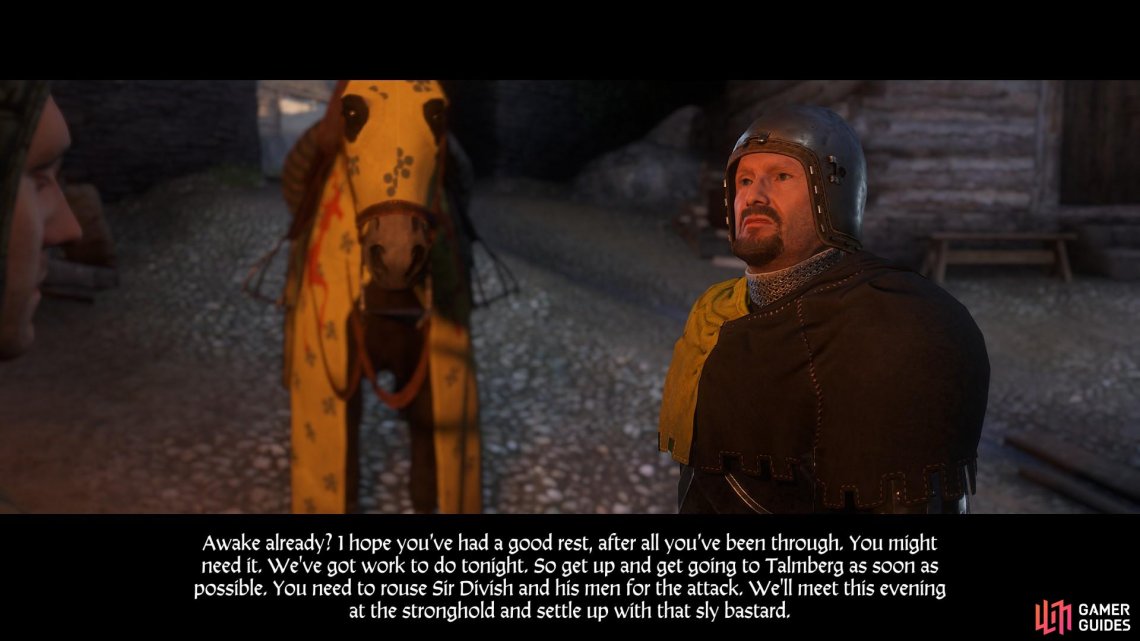 Walk toward Captain Bernard and he will instruct you to ride to Talmberg to rouse Sir Divish and his men.

When you have spoken with Sir Divish a cut scene will follow, leading to the point where the attack begins. Wait for the archers to rain fire on the fort before charging the gate. 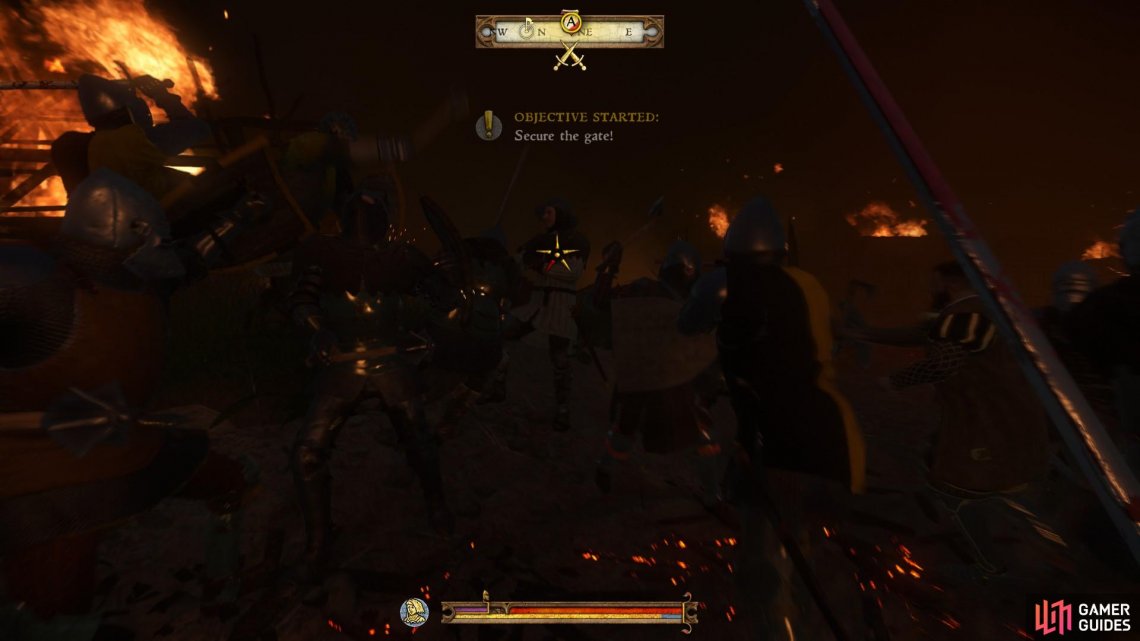 When the gate has been broken through fight the bandits on the other side to secure the location.

With the gate secured, you must now lead a small group of men to fight the remaining bandits around the burning tents to the east. 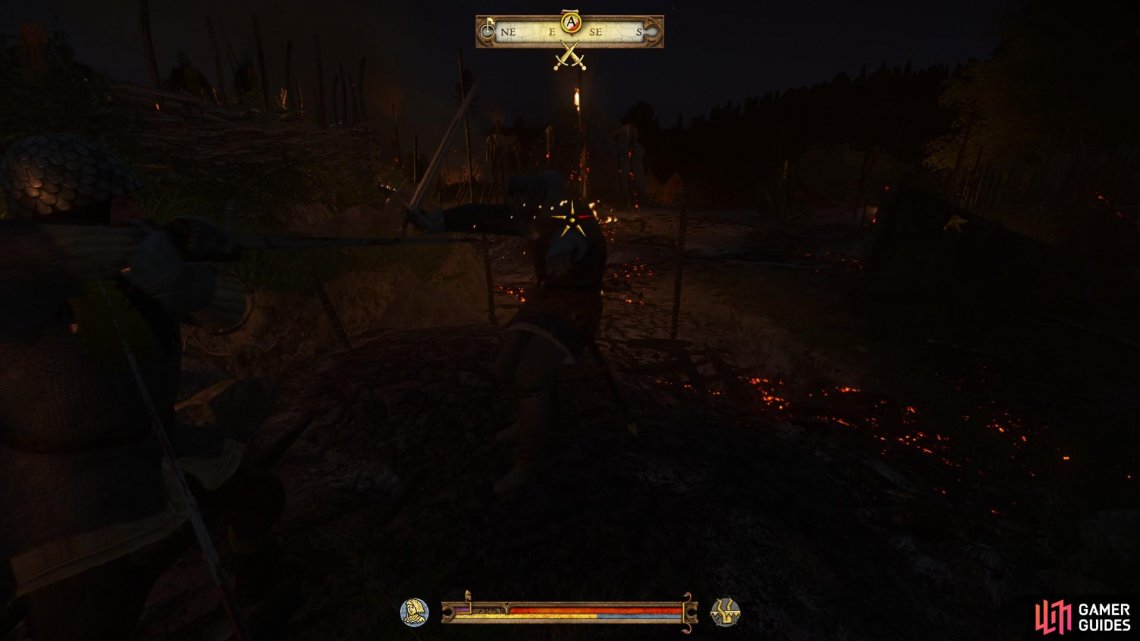 Fight the bandits that are waiting to ambush from the burning tents to the east until you have secured the location.

Stay in formation as you fight the bandits to the top gate. 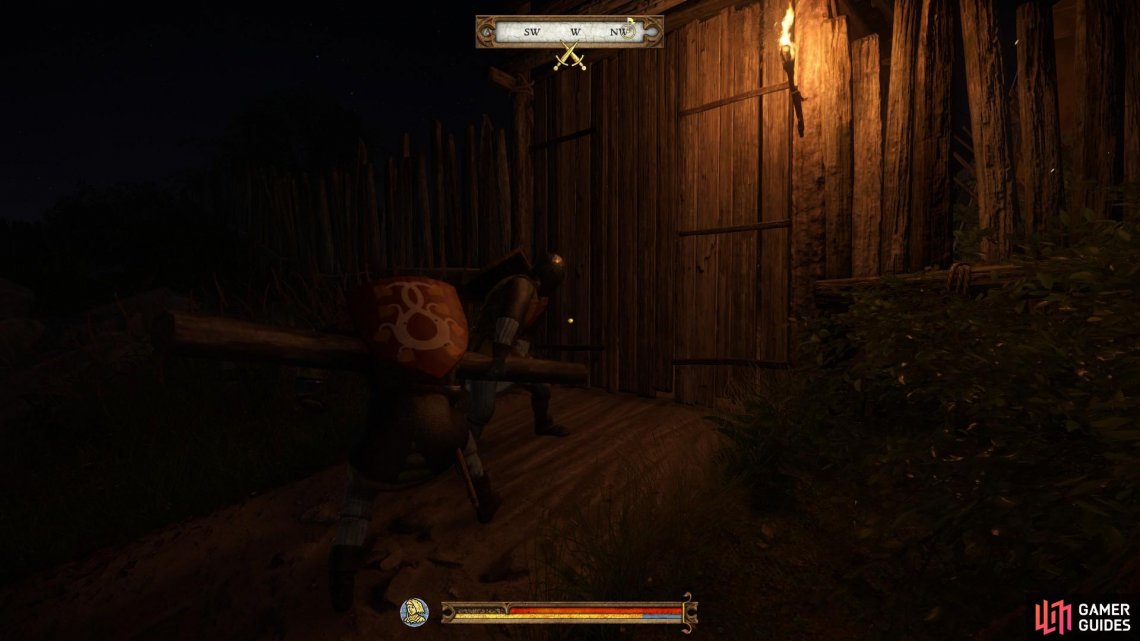 Wait for the men to break through the top gate with the battering ram before defeating the final group of bandits.

When the battle is done you will have to search the homestead to find any evidence of where Erik and Istvan have gone. 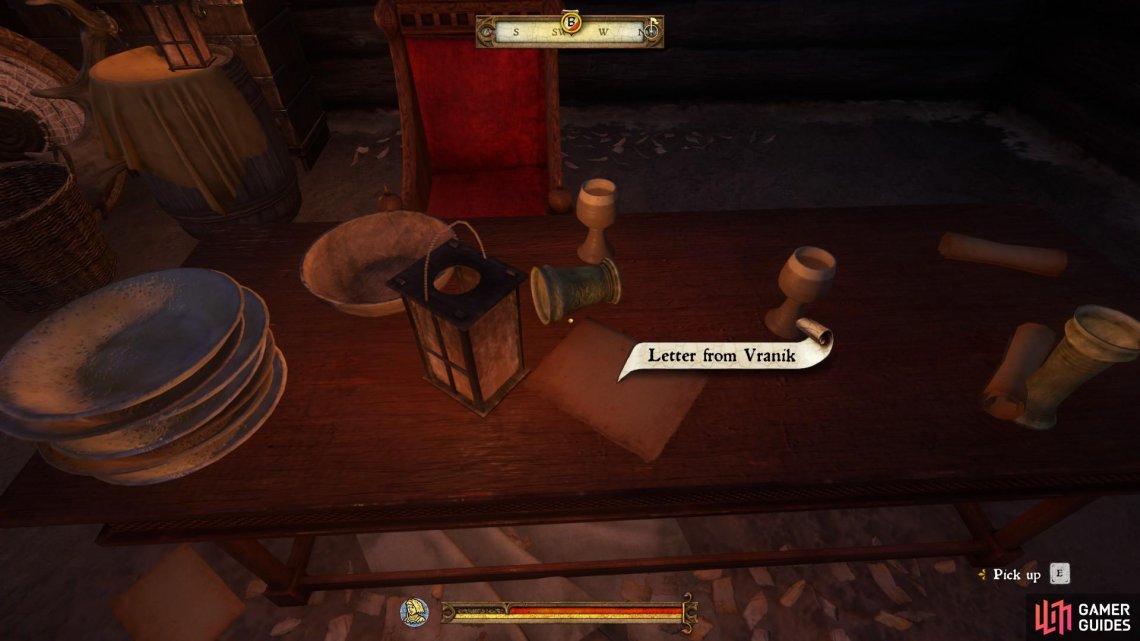 Go to the room where you first met Erik to find a letter on his table. Note that you can get your old equipment from the chest if you failed to do so during your escape.

Take the letter to Sir Hanush to initiate a cut scene and end the chapter.