Hunting is an activity that you will be encouraged to engage in throughout the game. You will encounter it in both the main story and in side quests. It is therefore a good idea to practice hunting as soon as you acquire a bow to ensure success in important quests. It is also possible to utilise hunting to accrue Groschen, but there are a few things to keep in mind before you embark on any hunting trip:

See below for the nearest hunting grounds for Deer and Boar around the major settlements. Hare are pervasive throughout almost all woodland and roe deer can be found at the edges, particularly west of Neuhof. 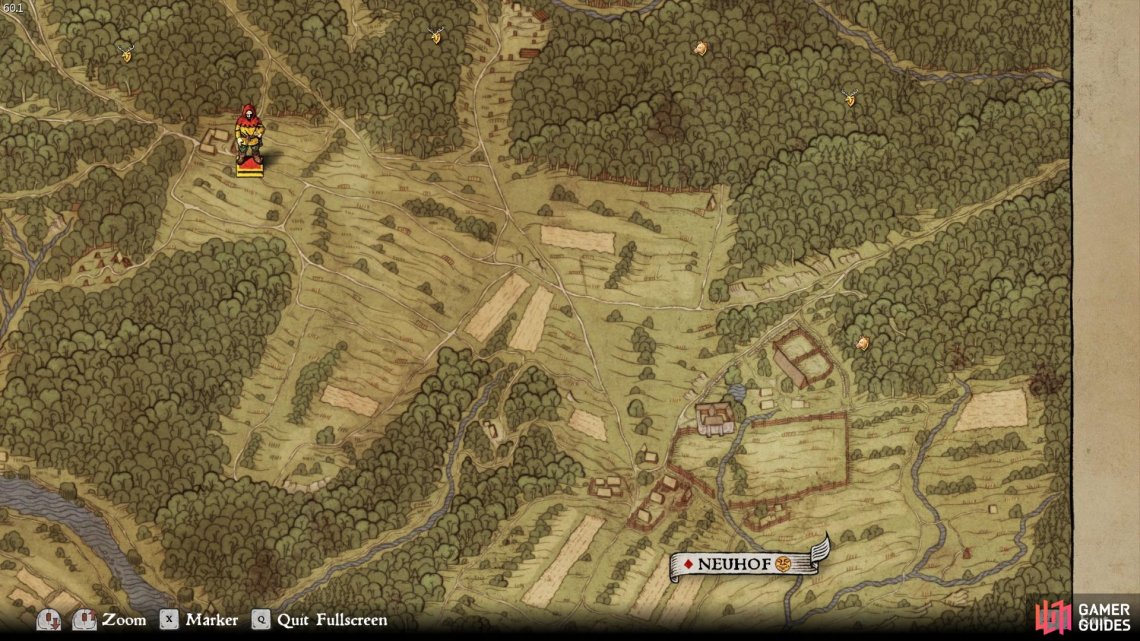 (1 of 8) Nearest hunting grounds around Neuhof.

The most time consuming aspect of hunting is learning how to shoot accurately. There is a certain element of intuition involved here; some players might quickly adapt and get a feel for how to shoot from the hip. However, for those who prefer a more careful and considered approach, it is important to understand how to aim properly. Although there is by default no cursor when shooting with a bow, you can see from the screenshot below where it is situated: 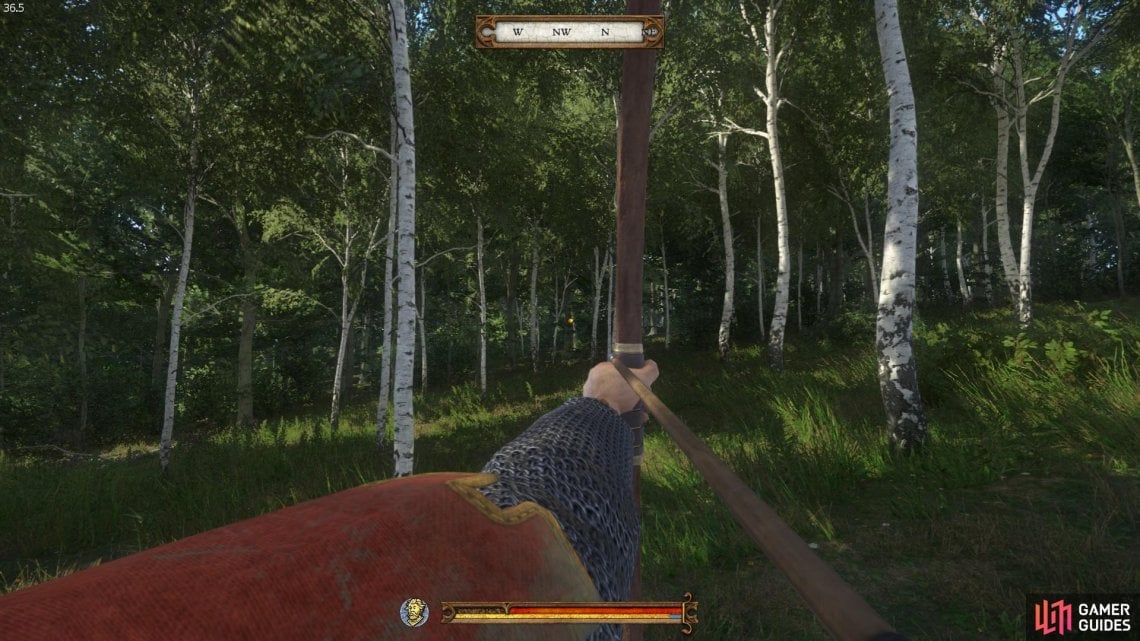 The position of the cursor when firing with the bow, not visible by default. Note that the longer you hold the arrow the more the cursor will deviate from side to side.

Note: If you are having trouble shooting accurately without the cursor on the screen, open the console (by pressing ` on PC) and enter the following command to add the cursor: ‘wh_pl_showfirecursor 1’. Replace ‘1’ with ‘0’ if you want to revert back to the default setting. You will need to requip your bow for it to work.