This quest can be initiated by attempting to speak with Elishka, the weeping woman outside the executioner’s house. 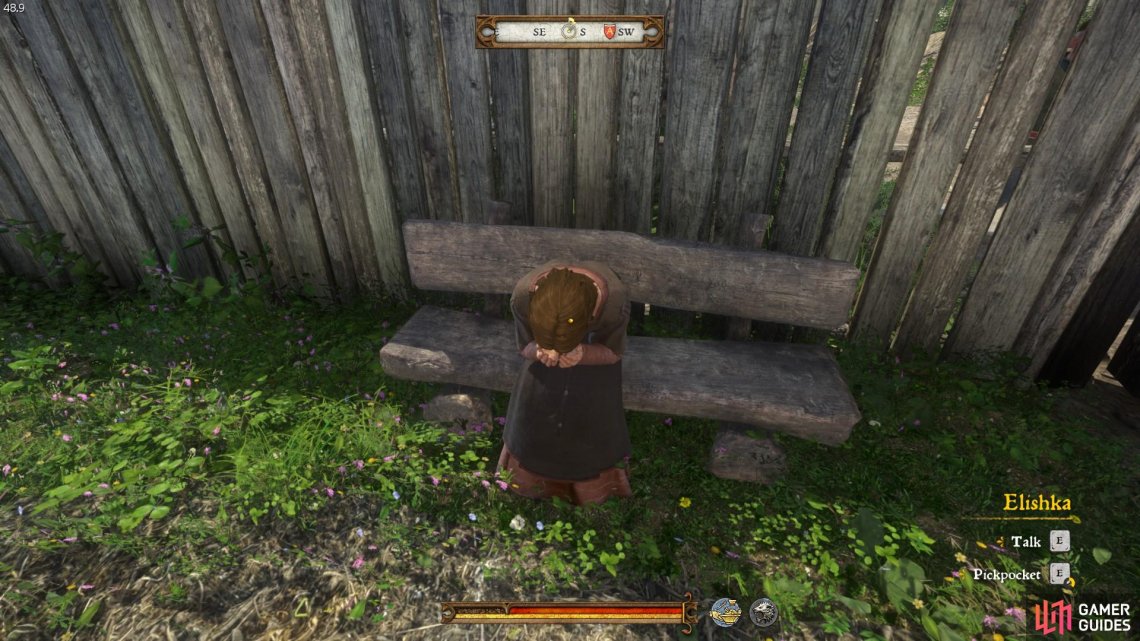 You will find Elishka, the weeping woman, sat on a bench on the north side of the executioner’s house.

Once the quest has started, the executioner should approach you. If not, you will find him in the grounds of his house. Speak with him to enquire about Elishka. After exhausting the dialogue options with the executioner, speak with Elishka.

Exhaust the dialogue options with Elishka, and then go to the Baillif in Rattay to find out more. The Bailiff will ask you to speak with the scribe, who can be found in the rooms above the hall. After speaking with the scribe you will be directed to Elishka’s husband’s family, who live east of Rattay. 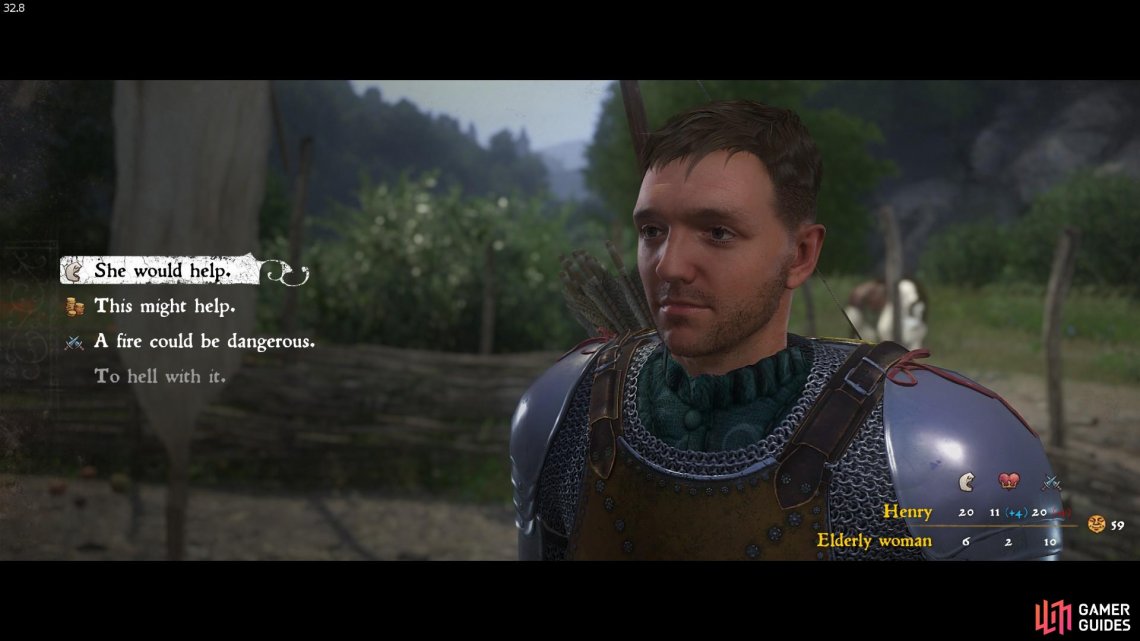 When you speak with the elderly woman on the farm, you can choose to bribe her into taking in Elishka, threaten her or convince her with your Speech skill.

When you have convinced the elderly woman to take in Elishka, you can return to the executioner’s house to speak with Elishka and Executioner Hermann.

You now have two options; convince them both that living with Elishka’s husband’s family is the best thing for her, or tell them that she is unlikely to have a pleasant life with them.

Ask Hermann if he would like Elishka to stay. He will reveal his true feelings which you can relay to her and either convince her to stay with him or go to her family east of Rattay.

The choice you make will determine the outcome and subsequent cut scene. Keep in mind that you will not only make both Hermann and Elishka happier by suggesting that she stay with him, but you will also earn 75 more Groschen and will no longer be considered as a trespasser when you enter the executioner’s house.

Speak with executioner Hermann to receive your reward and complete the quest.