This quest can be acquired from Sir Divish at Talmberg. There has been some trouble at the monastery in Sasau; an accident has occurred, reportedly caused by bad quality stone from the Talmberg quarry. The Quarry Master is concerned, and Sir Divish would like you to go to the monastery to find out more.

When you arrive at the monastery, find and speak with Brother Porter as indicated on the map. He will refer you the Overseer’s office. Speak with the Overseer and exhaust the dialogue options. He will suggest that you speak with Master Karel, who can be found roaming around the monastery grounds.

Master Karel is not the most helpful individual, but he provides you with enough information to begin an investigation. In searching the area for clues, you can enter the catacombs, at the entrance of which you will find a piece of the stone that was involved in the accidnet. 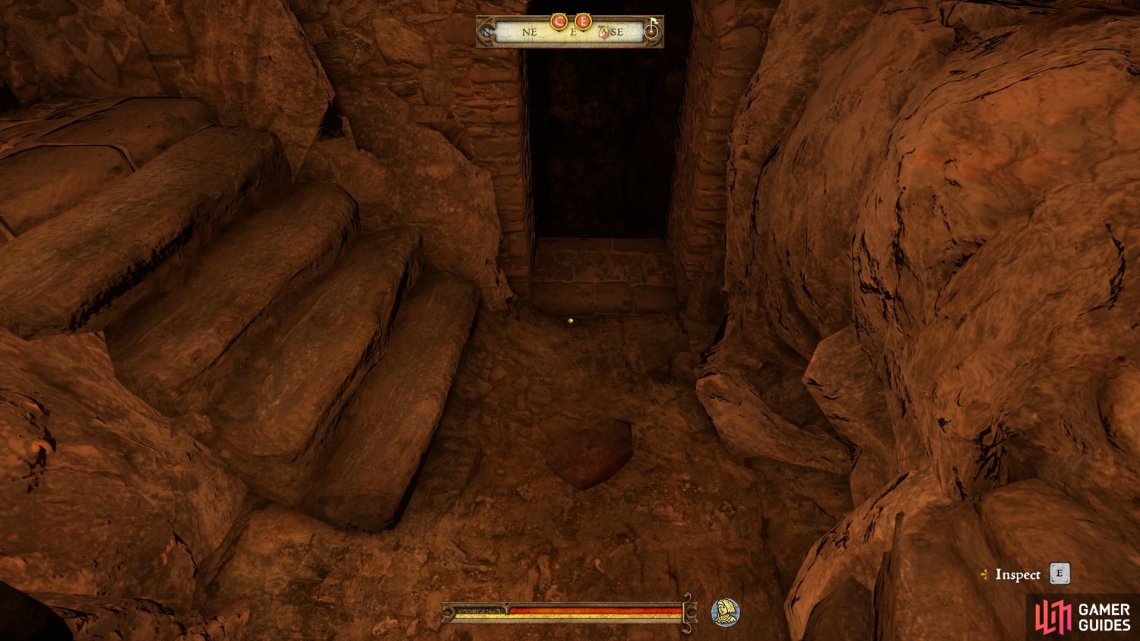 You can find the stone on the floor at the entrance to the catacombs.

Once you have noted the stone you will have the objective to find out where it is from. Go to the Talmberg quarry and speak with Rupert, who will tell you that the stone is not from his quarry. You should then speak with Leshek about the supposed devil’s skull. 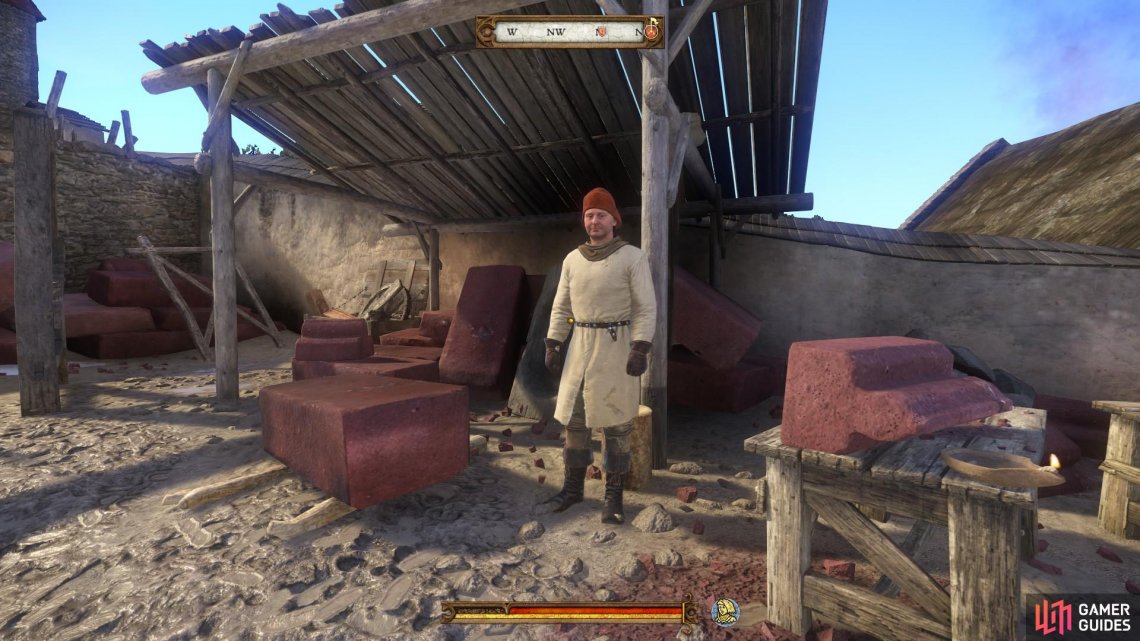 Leshek can be found at the builder’s yard. 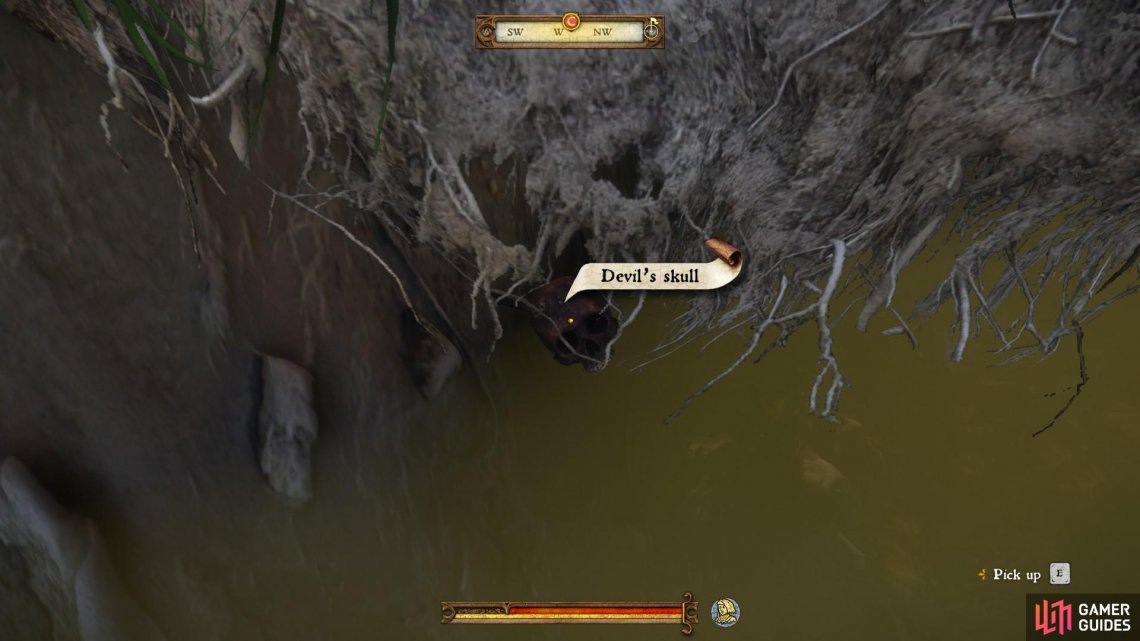 The skull can be found beneath the roots of the foliage by the river bank.

Retrieve the skull and take it to the knacker for identification. He will inform you that it is merely a human skull with antlers attached. You will then have the option of speaking with Leshek to ask him if he put the skull there himself. However, when you arrive at the builder’s yard Leshek will not be there. You should speak with Zmola and arrange to meet him beneath the scaffolding at night.

Once you have beaten the mysterious figure enough, he will yield and tell you everything. You can then decide his fate. If you choose to arrest him, you will be immediately transported to the Oveerseer. If you punish him in your own way, you will have to go back to the Overseer’s office on your own, and tell him that you know of Zmola’s guilt.

The Overseer will send guards to confront Zmola. Once you have spoken with the Overseer go with the guards immediately. Zmola will appear from the Miller’s house as soon as the guards arrive. Help the guards to kill or subdue Zmola, after which you can return to Sir Divish and inform him about the outcome of the investigation, thereby completing the quest.