This quest can be acquired from Nicholas, the Master Huntsman of Talmberg. He has been having some trouble with poachers in the woods around Talmberg, and requests that you investigate the matter.

You should begin by speaking with Margaret, who can be found carrying water nearby. She will ask you to speak with Olena. 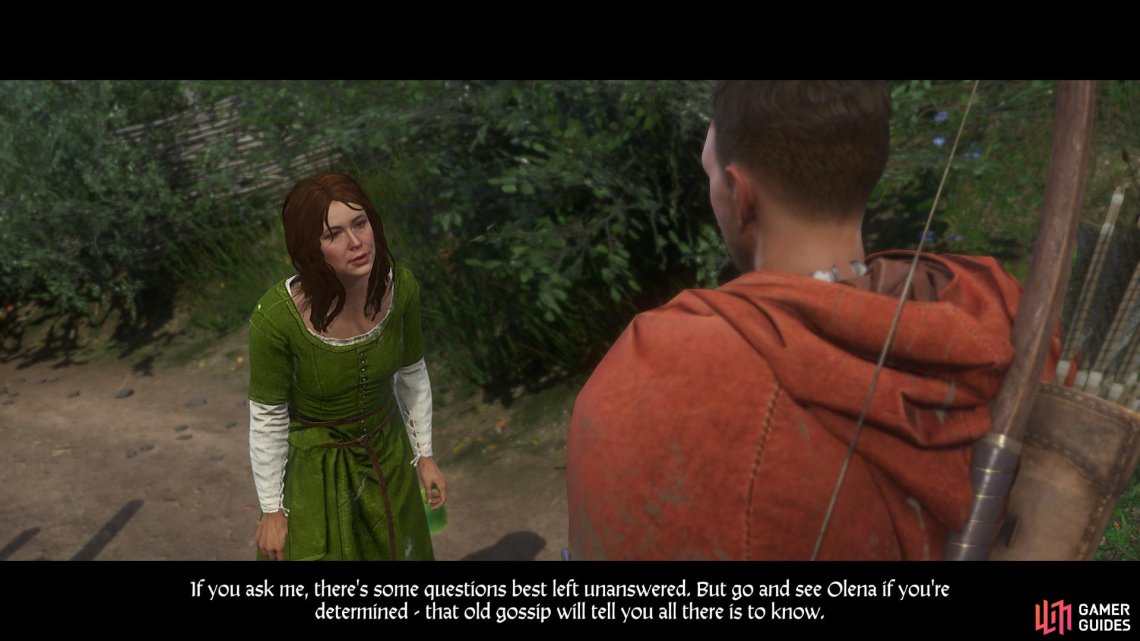 (1 of 2) Speaking with Margaret will lead you to Olena. 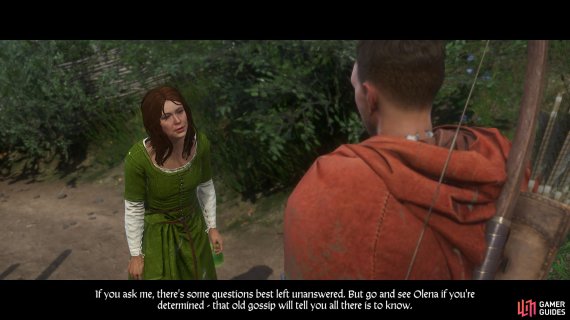 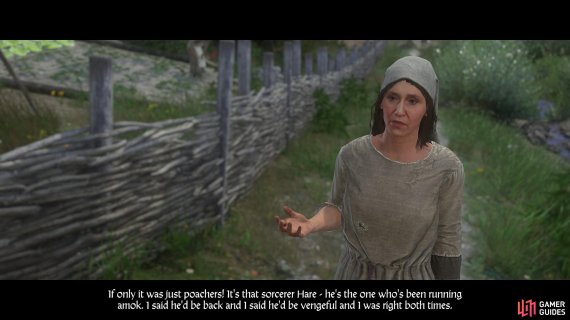 Speaking with Margaret will lead you to Olena. (left), Olena will provide you with a lot of information relating to Hanekin Hare, who she believes is guilty of the poaching. (right)

After speaking with Margaret and Olena, you can speak with Blacksmith’s Betty about what she saw in the woods. With some persuasion, she will reveal the location of the clearing in the woods where she claims to have seen Hare. You can choose to inspect it immediately or if you would rather speed things up, speak with Margaret first.

Speaking with Margaret this time will reveal all the information you need to meet with Hare. Before you go to meet him at the marker in the woods, inspect the clearing further north. This will allow you to complete Hare Hunt successfully if you decide to help Hare. When speaking with him, you will have the option to believe his story or arrest him. Arresting him will incriminate him and the quest will complete. If you believe him, Hare Hunt will fail as you begin the side quest ‘Cherchez la Femme’.

Note: Completing ‘Cherchez la Femme’ will give you the opportunity to help Hanekin Hare in revealing the truth about what happened between him and Nicholas.