Sometimes when winning a random encounter on the overworld, you will get the option to either Fight or Retreat. The latter will put you back on the overworld, while the former will have you fighting more enemies, with a slightly increased level. Keep fighting until you complete five battles in a row, but note that the enemies will get a bigger level boost after the third time you choose to fight. 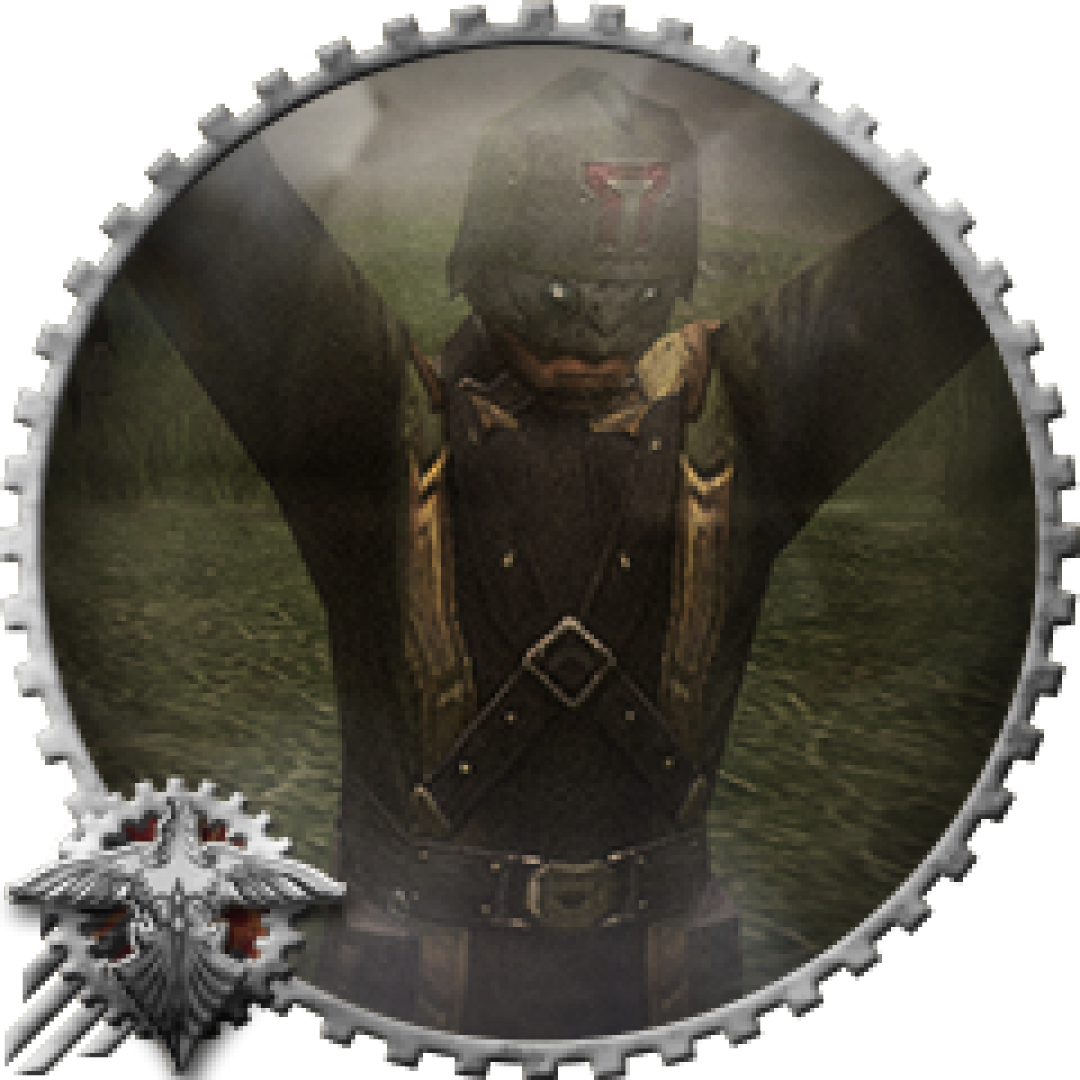 Won a 5-battle chain encounter in the overworld.

Evading is one of the basic battle mechanics and will save your hide often. In fact, evading will keep you alive in every single battle in the game and if you don't, you will die. Thus, this trophy/achievement will likely be gotten as you progress through the story. 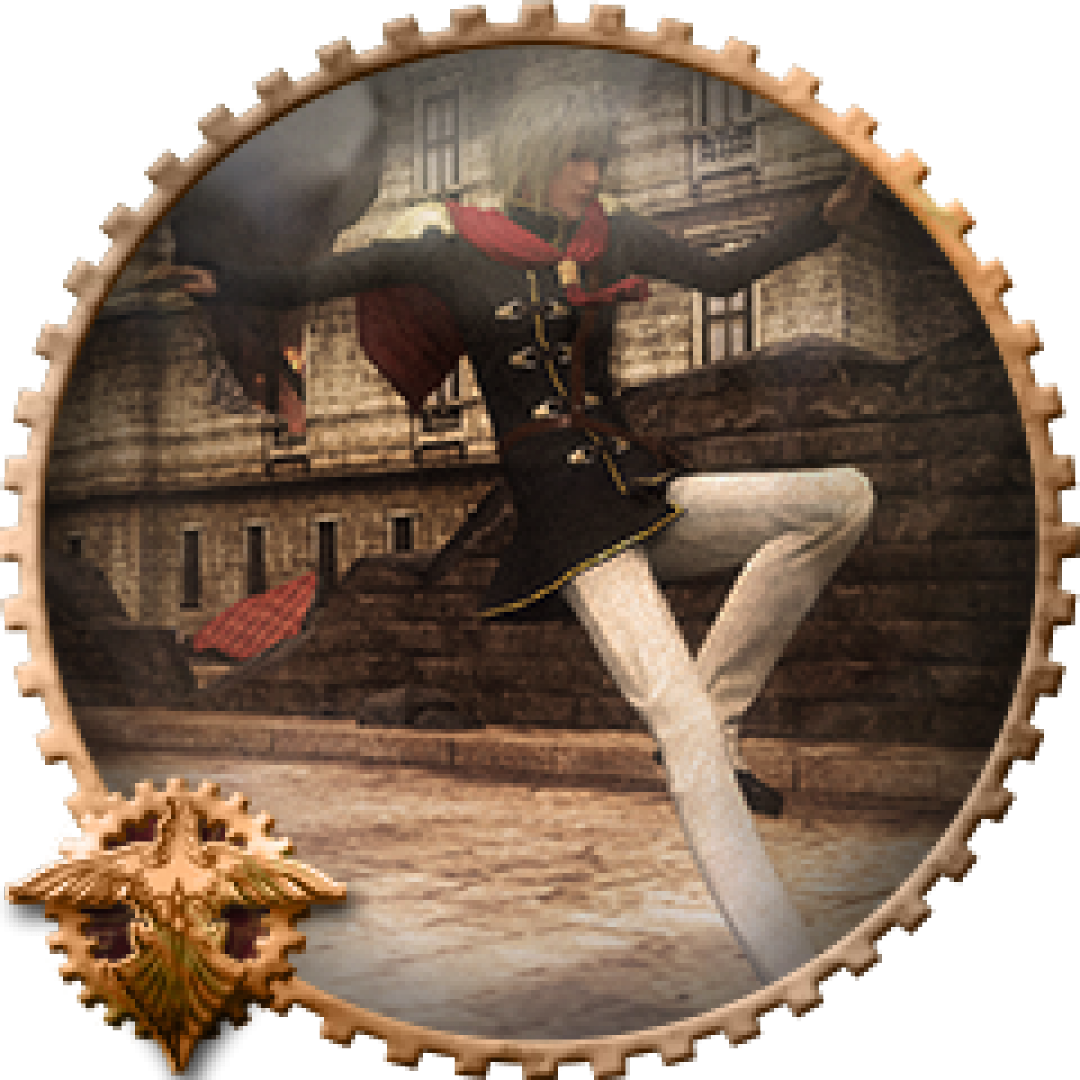 In order to get these trophies/achievements, you will need to complete a total of 15 missions. This counts the main story missions, as well as the Expert Trials. It also counts any missions that you repeat from the Missions option on the main menu, so you can simply repeat the first mission 14 more times to get these. 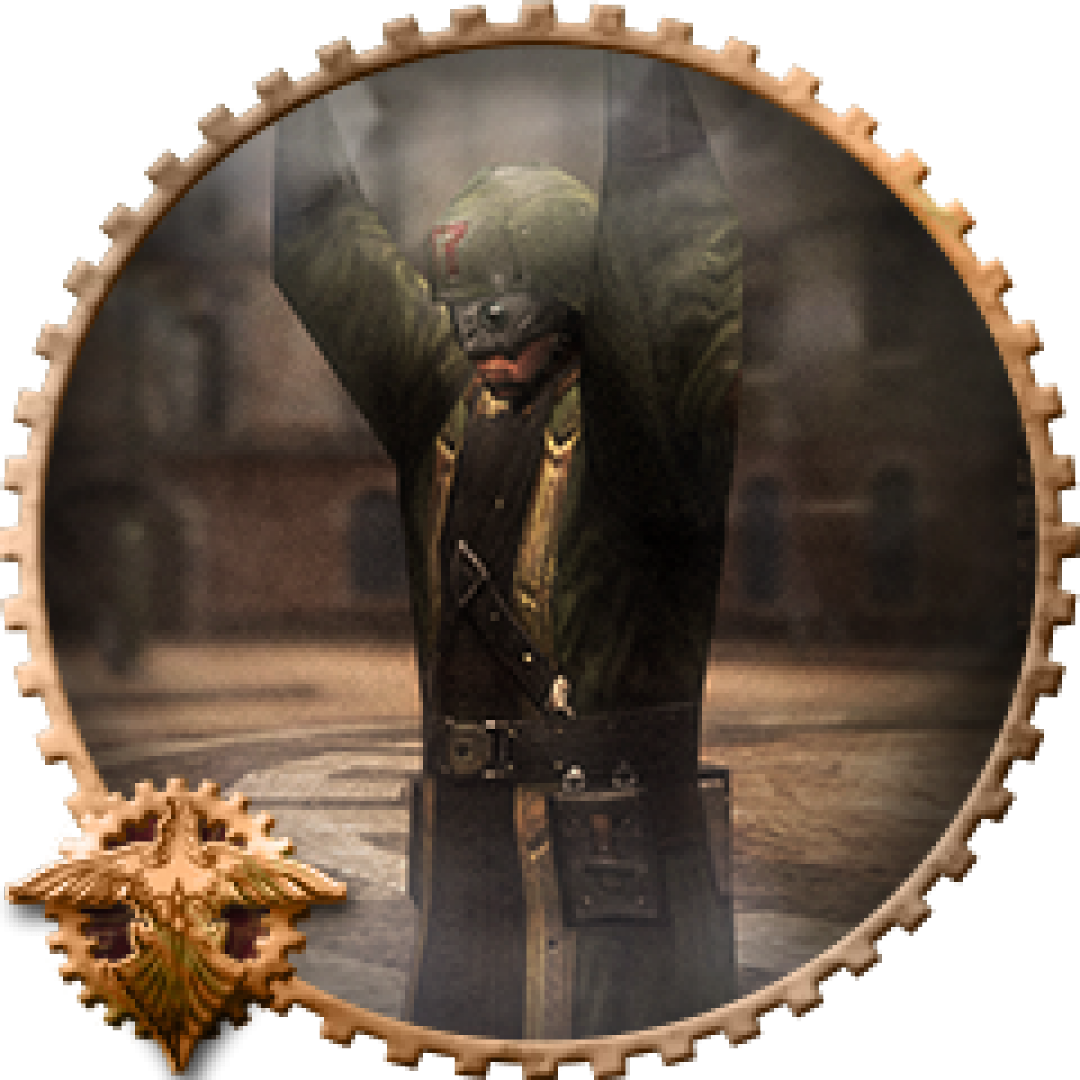 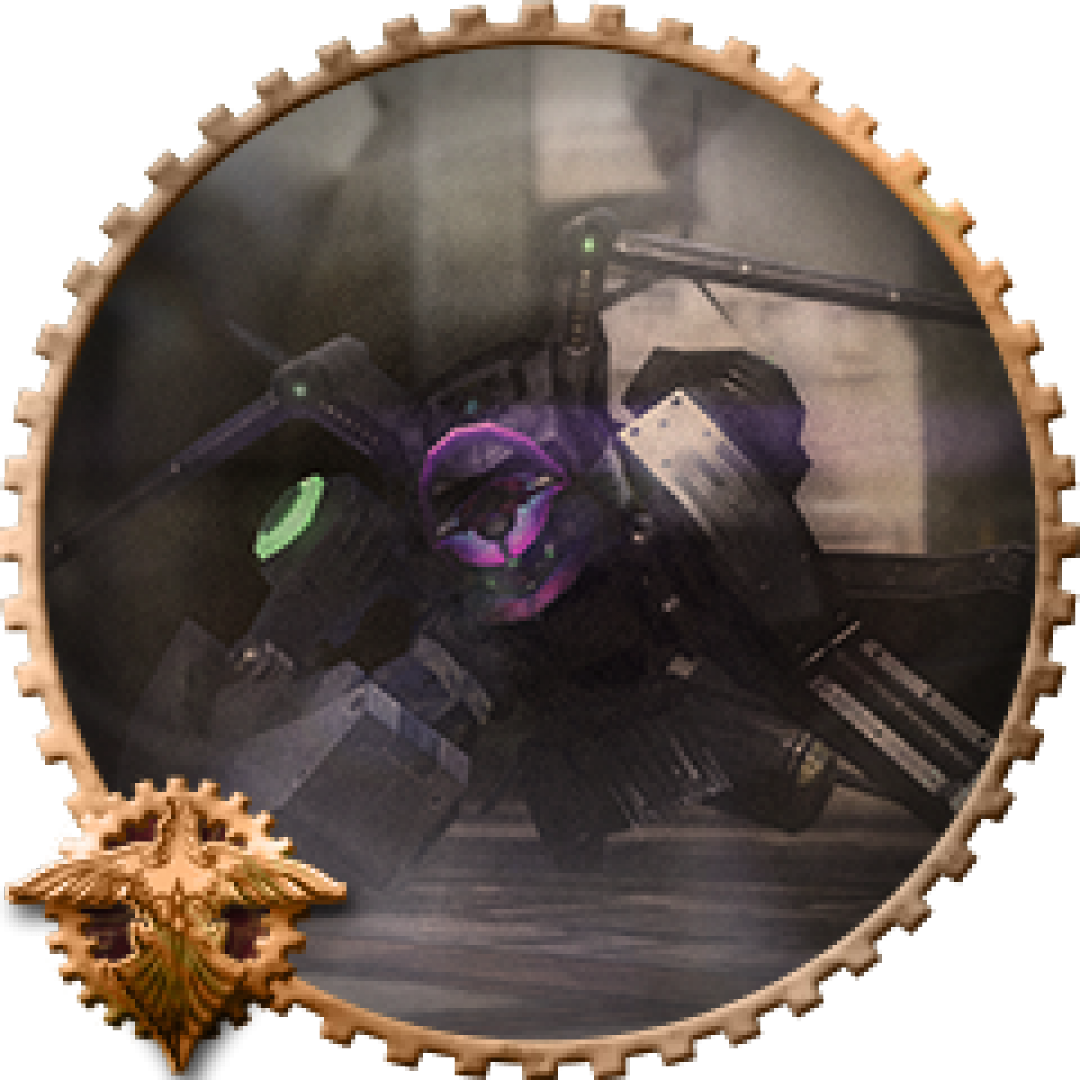 Whenever you complete a SO, you will sometimes get an item on the spot, or an item depending on how many you complete during a mission. However, should you fail a SO, the penalty is death. The good thing is that there's a chance for you to cheat death, as a series of three symbols will appear at your feet. Dodge these symbols and you will avoid the penalty for failing a SO. 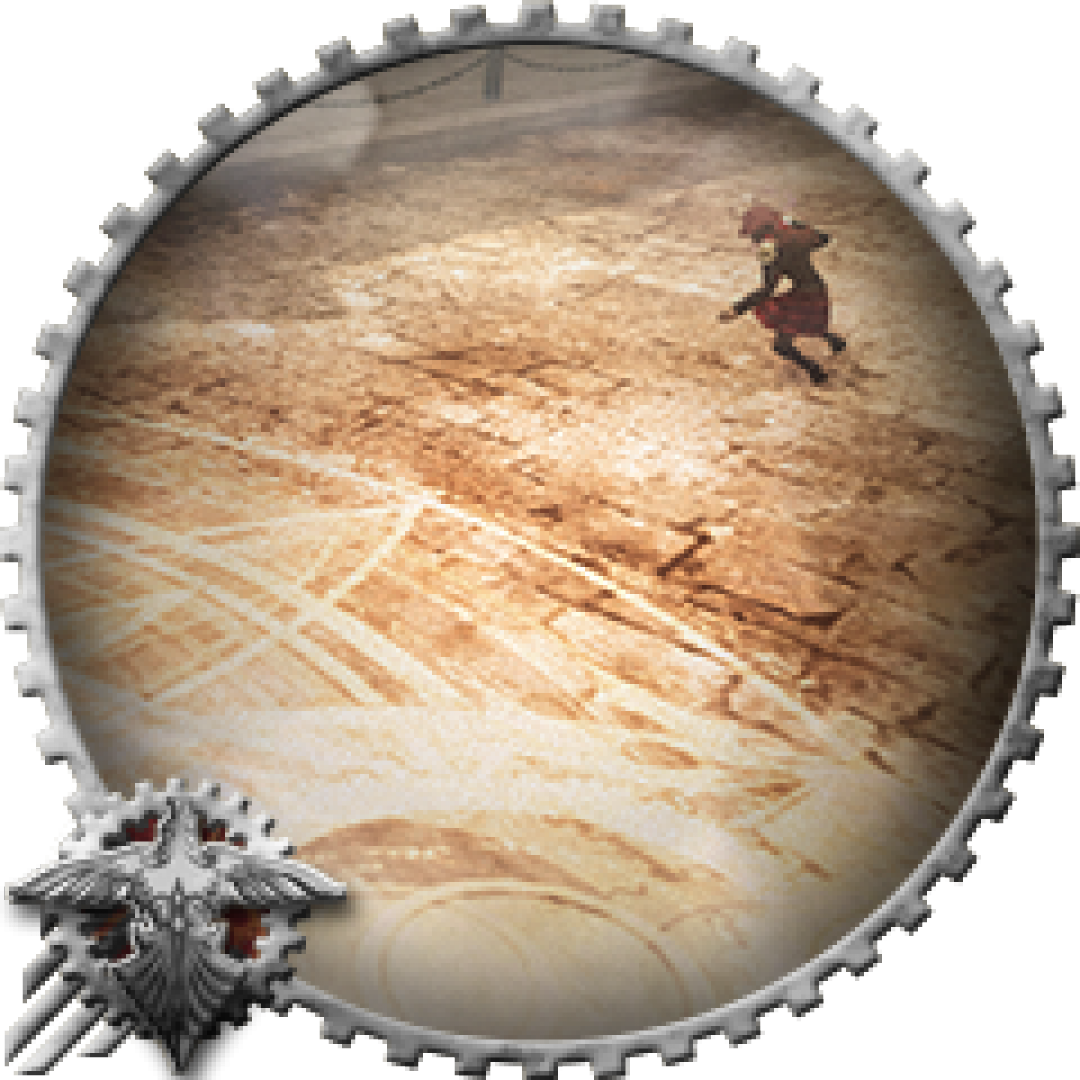 Avoided the penalty for failing an SO.

Knowing Tags are items left behind whenever a soldier dies in the field and you will find them during missions as such. The very first mission, The Cadets' First Deployment, will have one sitting on the path you can go to right at the first fork. This mission is great, since it's very easy and fast, as it only takes 3-4 minutes to do.

The other mission you can do for Knowing Tags is The Capture of Togoreth Stronghold. While it is longer than the first one, there's a total of 4 Knowing Tags you can get on the path opposite from the Golem and the Channelgate. Note that the trophy/achievement for collecting 25 sometimes doesn't pop at that point, so keep collecting them until it does. 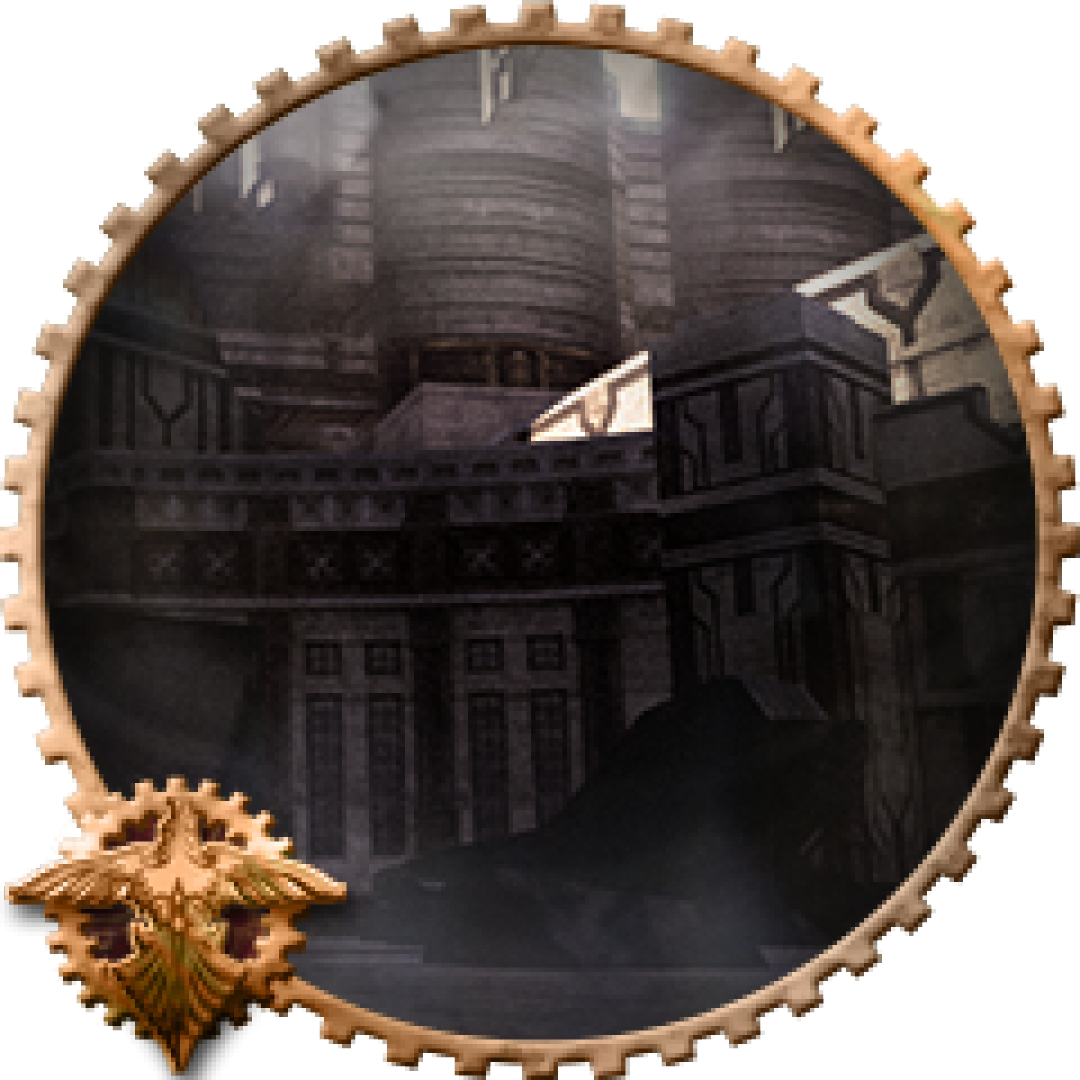 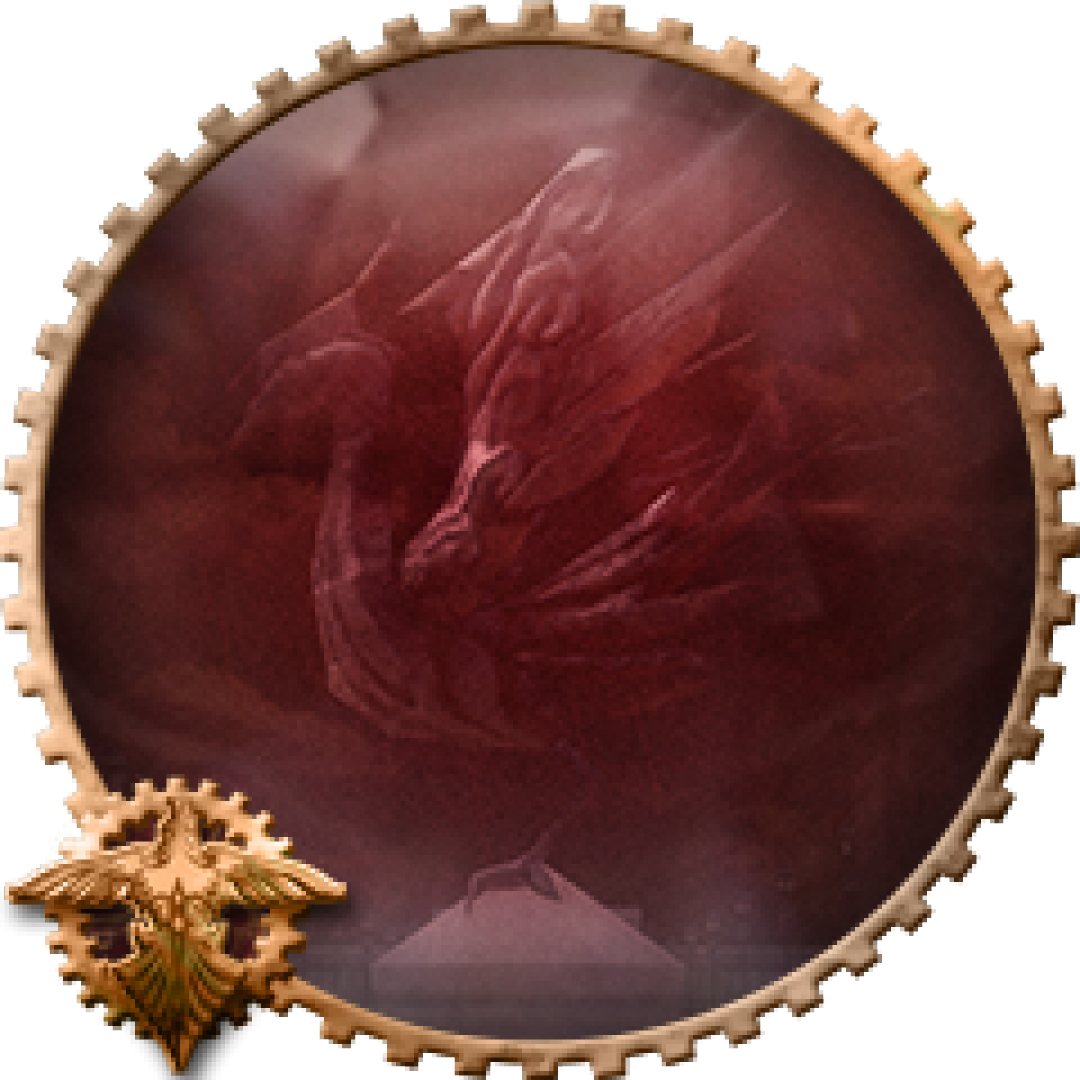 The Ark of Agito

While most Final Fantasy titles had you gaining an airship during the course of the story, this one is entirely optional and only available during Chapter 7 of the game. After completing the first mission, do the Operation Homecoming Expert Trial, which will liberate the town of Bazz.

Once you've done that, there's a lady in the town that gives the Rumble in the Ruins Task, requiring you to go to Silent Key to kill an Iron Giant for her. This dungeon is located in the southwest corner of the map (avoid the King Behemoths running around on the overworld), but make sure you're around level 44 before entering. Inside of the dungeon are four switches you can hit to turn on generators, so hit all four and go to the very top part of the map to activate the airship, making it yours. 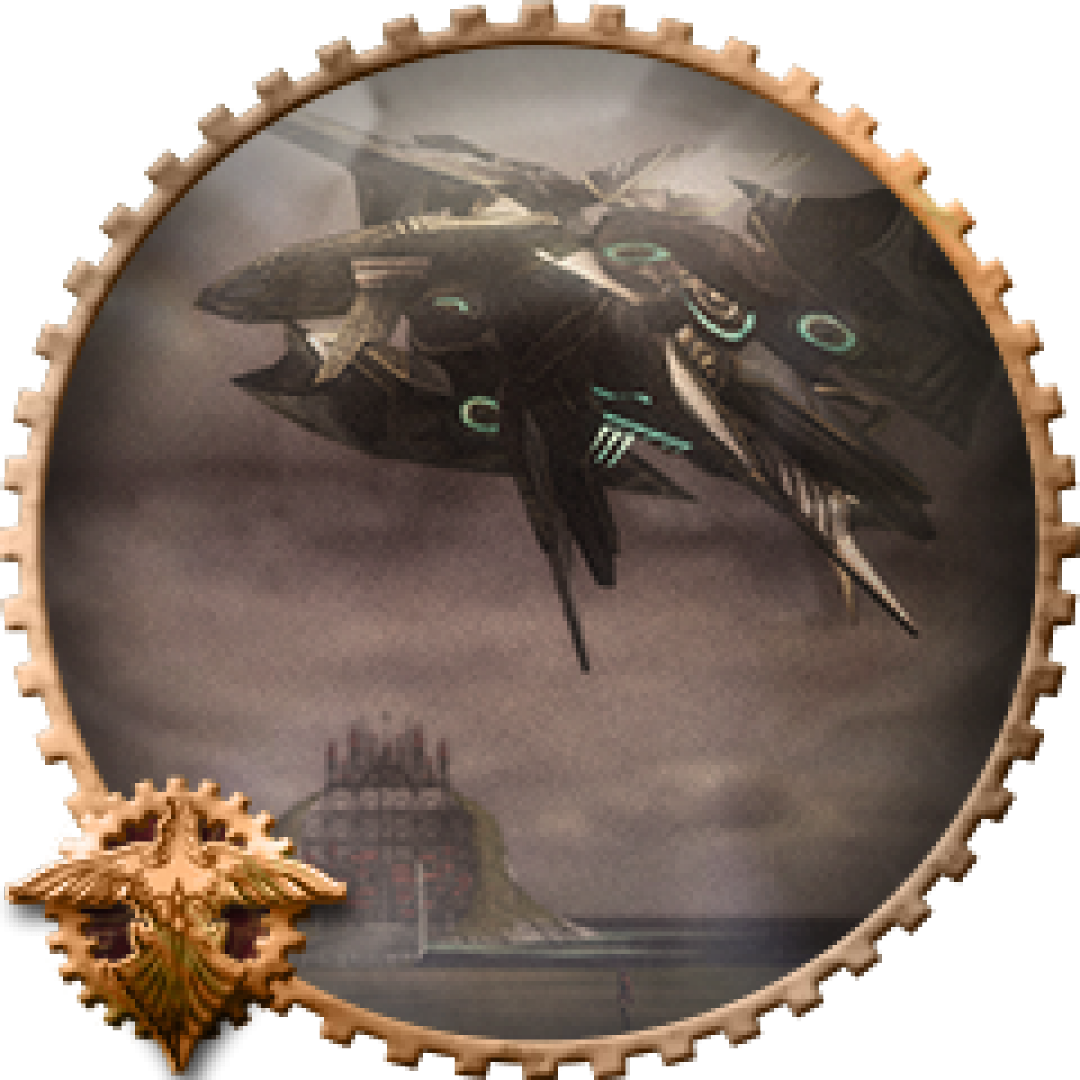 The Ark of Agito 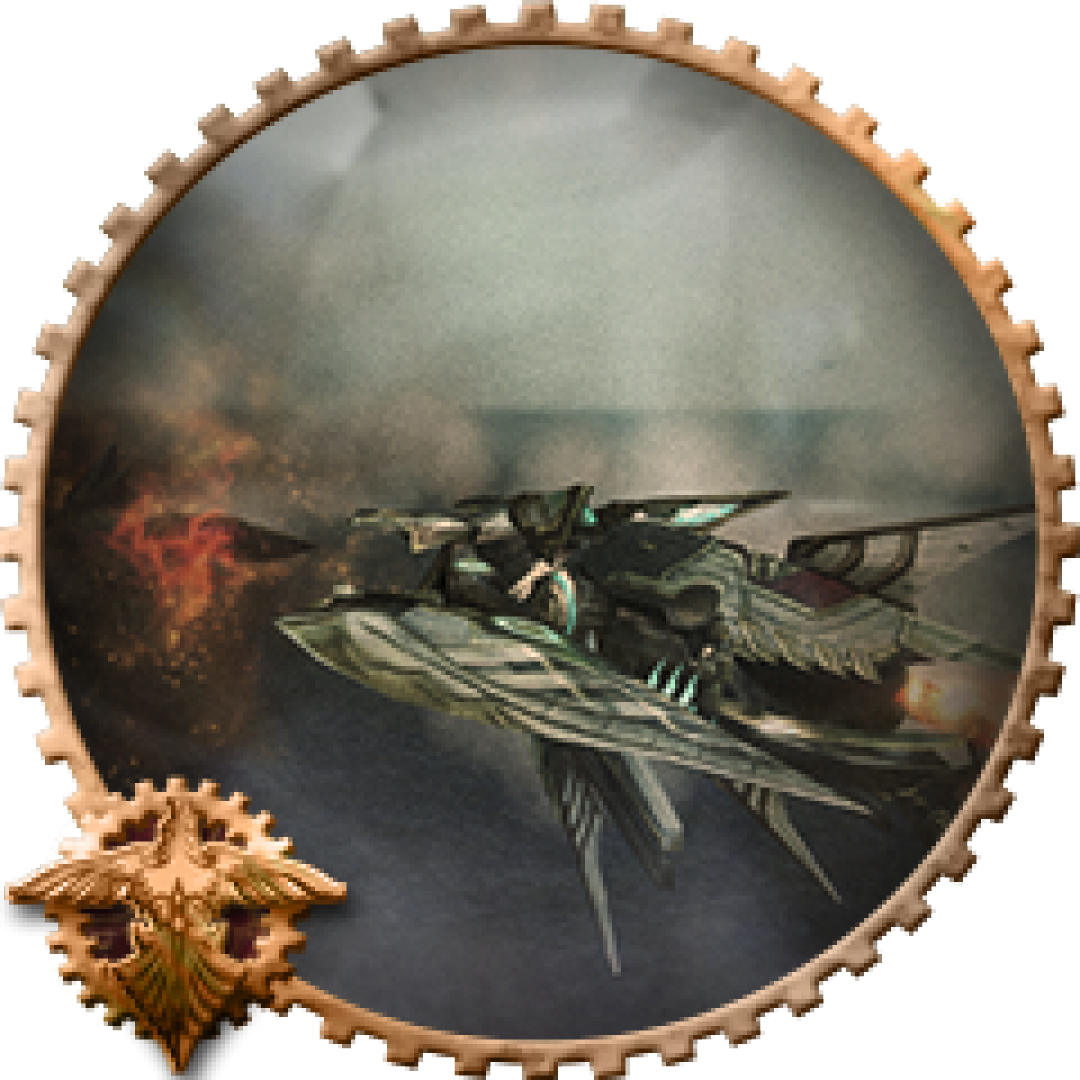 Shot down 50 enemies with the Setzer.

When you're exploring on the overworld, you will sometimes see orange squares on your mini-map. These can either be very strong monsters or they can be chocobos. Running into a chocobo will capture it and place it into your inventory, allowing you to use it on the overworld for yourself.

Note that chocobos will run away from you and are faster than your characters, so you will need to likely ride one of your chocobos to catch them. Rubrum is the only region (the starting region) that doesn't have chocobos running around. It should be mentioned that you will want to capture 30 chocobos this way before starting the second mission of Chapter 7, as it is a point of no return. 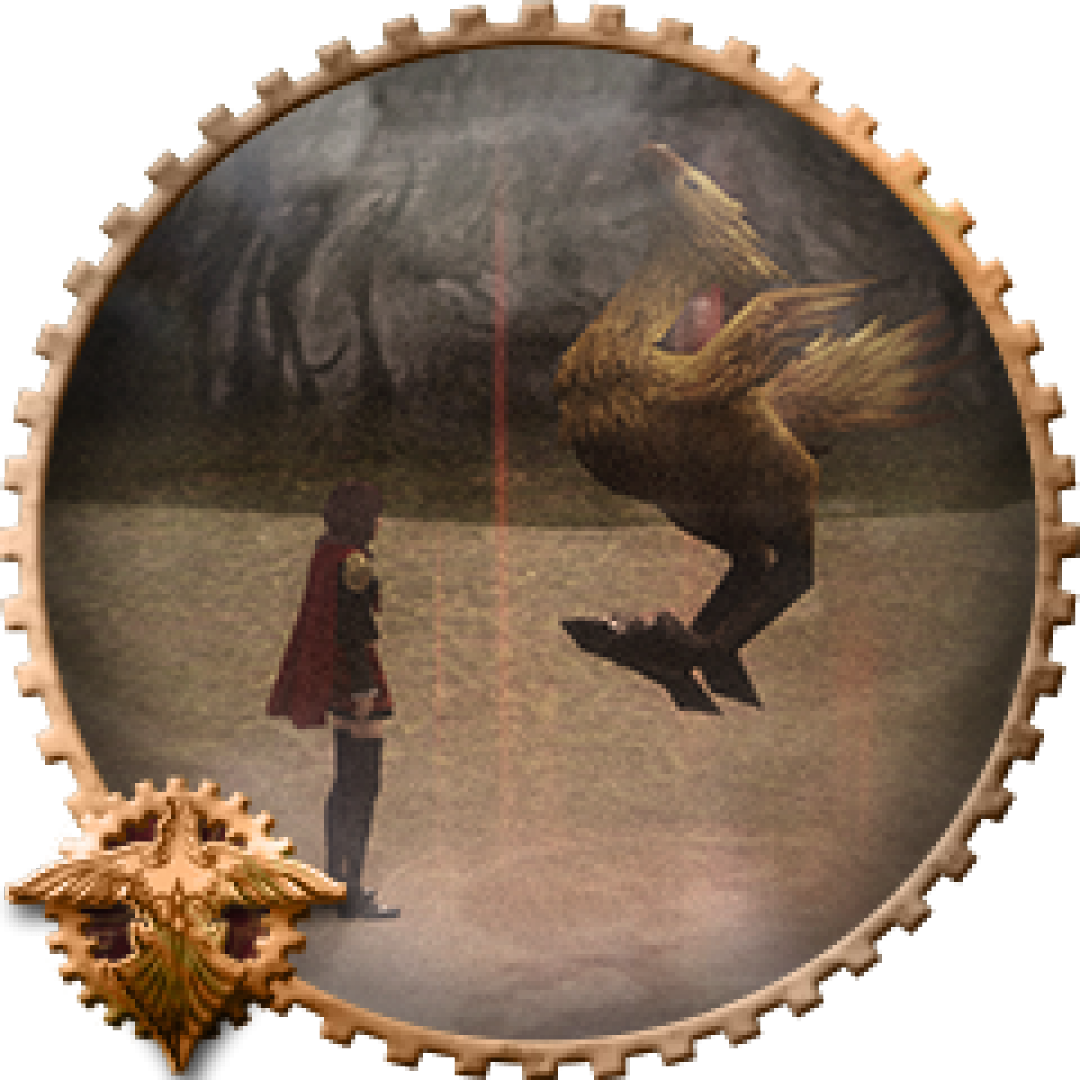 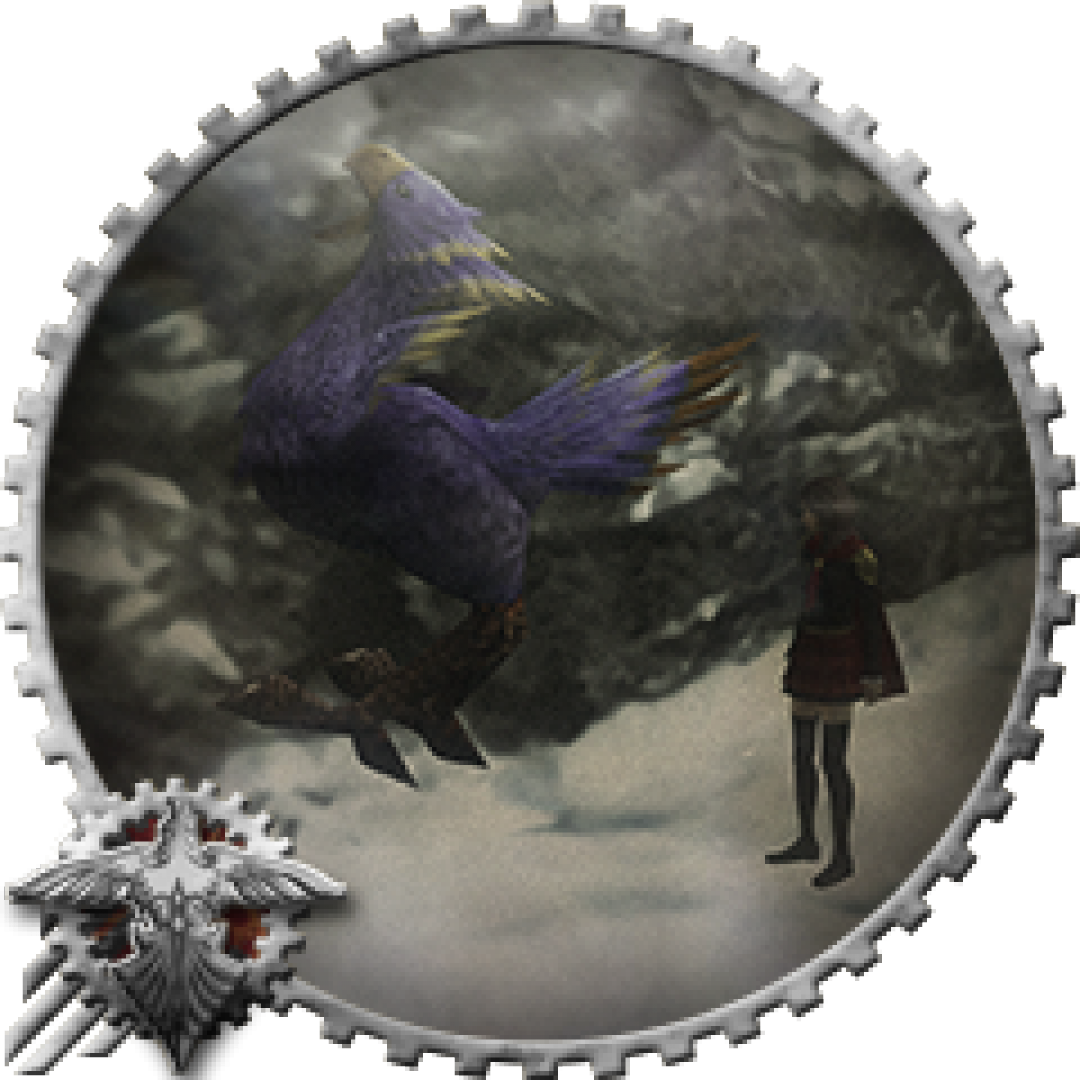 During Chapter 2, you will be able to visit the Chocobo Ranch at Akademeia and talk to the NPC right outside of the stables to begin breeding your own chocobos. In order to do this, you will need both a male and female chocobo, as well as a greens item. You get three free Gysahl Greens whenever you first talk to the breeder NPC, but you can buy more in certain towns, as well as find rarer greens in some dungeons.

Once you have chosen a male, female and the greens to use, they will produce an egg and you'll have to wait a total of 6 in-game hours before it will hatch. It's best to do this when going around Akademeia and doing the Free Time events, as it's easy to pass six hours that way. Each egg will produce multiple chocobos and you need a total of 100 to get the second trophy/achievement. 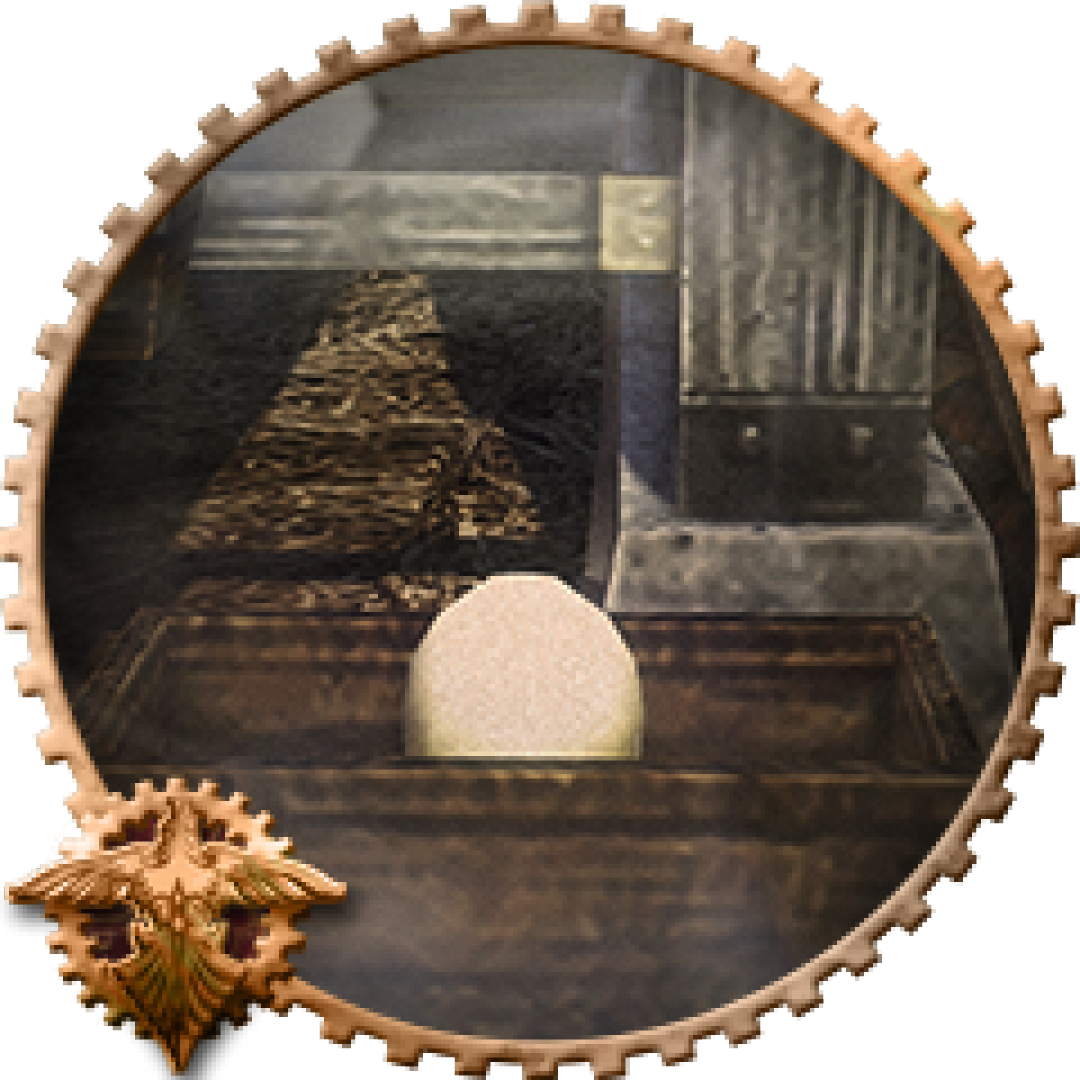 Hatched 5 chocobos at the chocobo ranch. 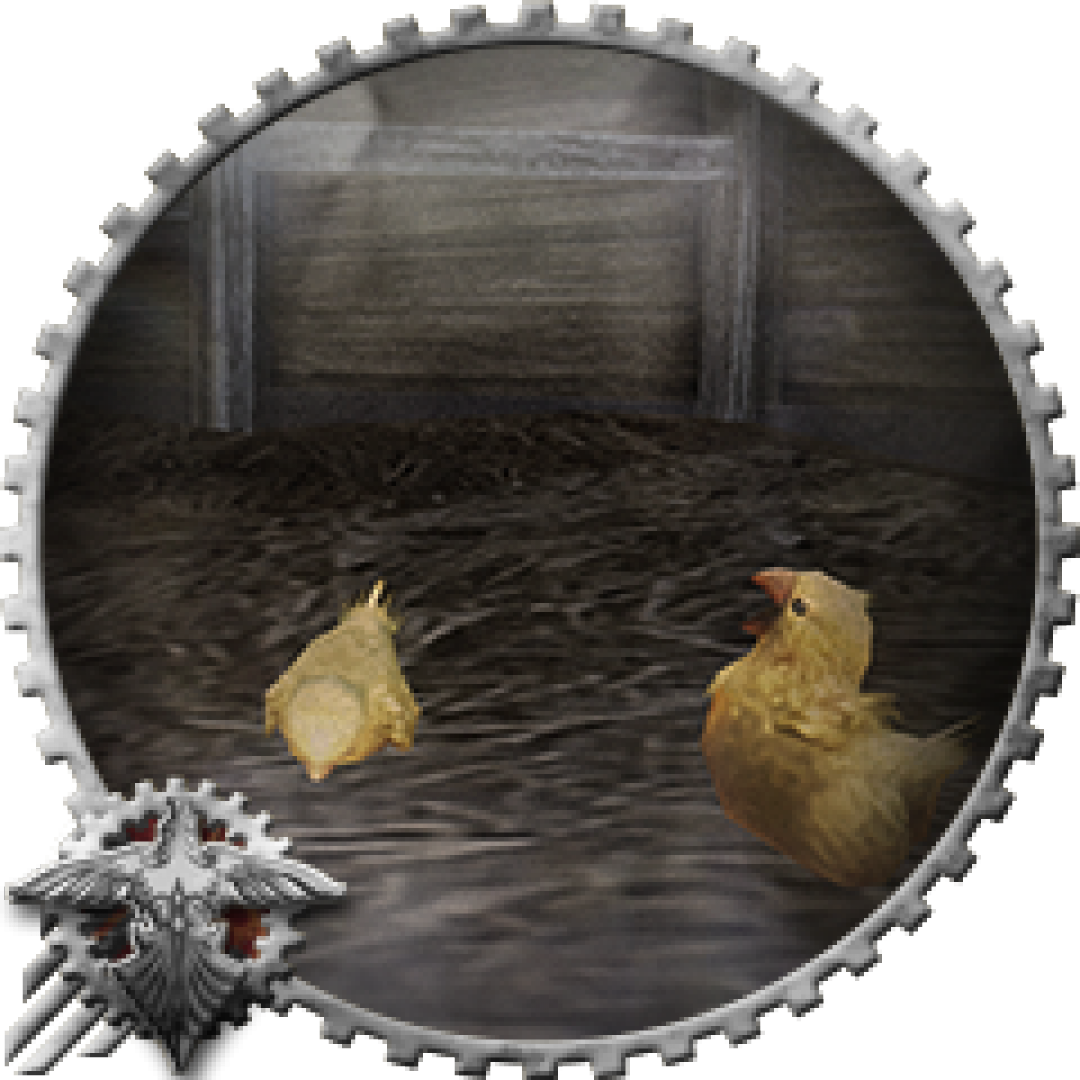 Hatched 100 chocobos at the chocobo ranch.

In Chapter 2, you unlock the Arena, which is located just off of the Fountain Courtyard in Akademeia. There's two NPCs here to talk to, with the left one allowing you to fight some soldiers and the right one offering you Secret Training.

Secret Training is similar to a sleep mode thing, where you're sent back to the game's main menu and the character you talked to the NPC with will acquire some EXP whenever you are away from the game a bit. It's not clear how much time you need before you start to gain EXP, but the maximum is 24 hours. Once you get EXP from this, you'll gain the trophy/achievement. 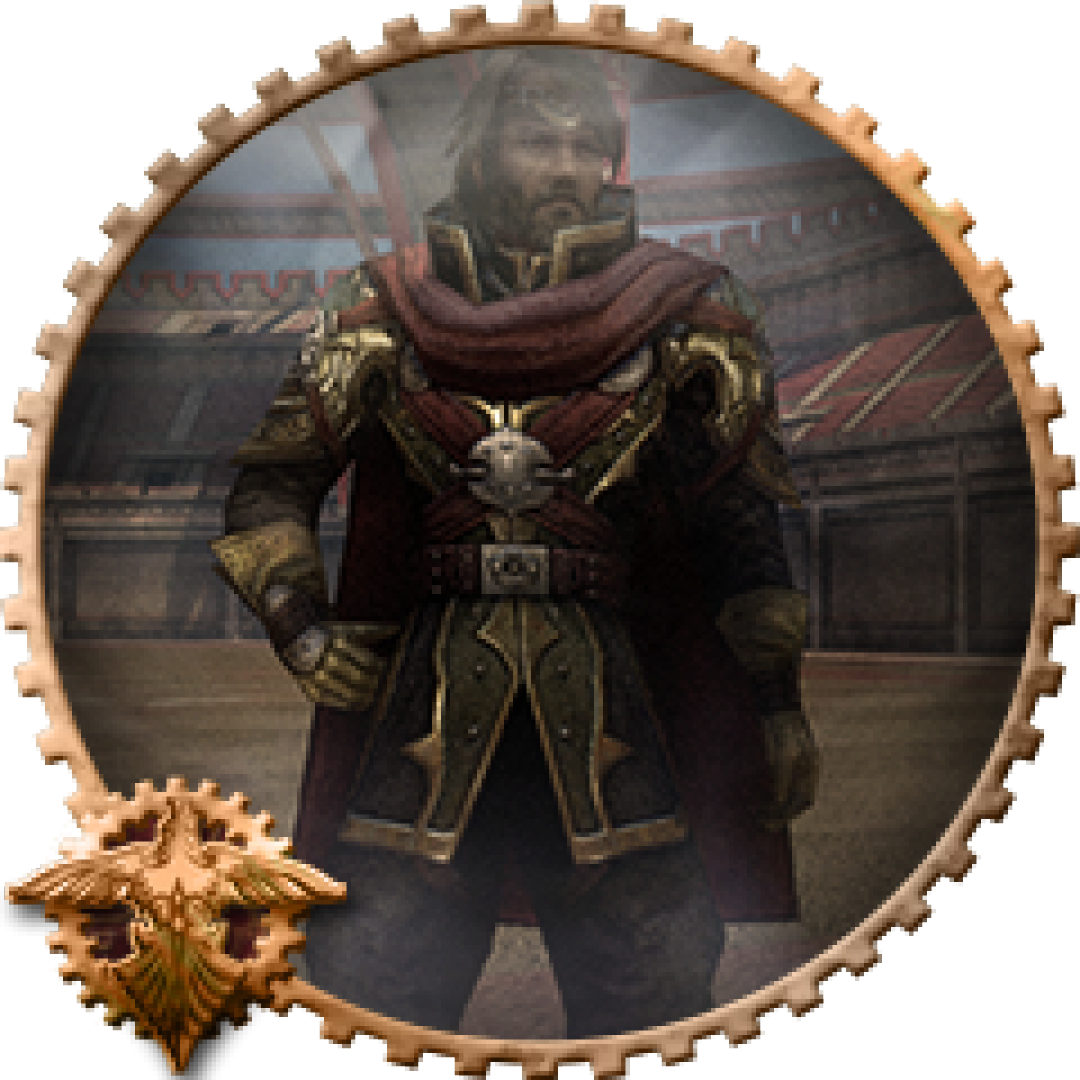 In Chapter 2, you unlock the Arena, which is located just off of the Fountain Courtyard in Akademeia. There's two NPCs here to talk to, with the left one allowing you to fight some soldiers and the right one offering you Secret Training. You want to talk to the NPC on the left, who will allow you to fight enemies in a simulation. It doesn't matter if you die here, as you will be back at Akademeia with full health and everything. All you have to do is defeat a total of 100 enemies in the simulation, which can be done in multiple sessions. 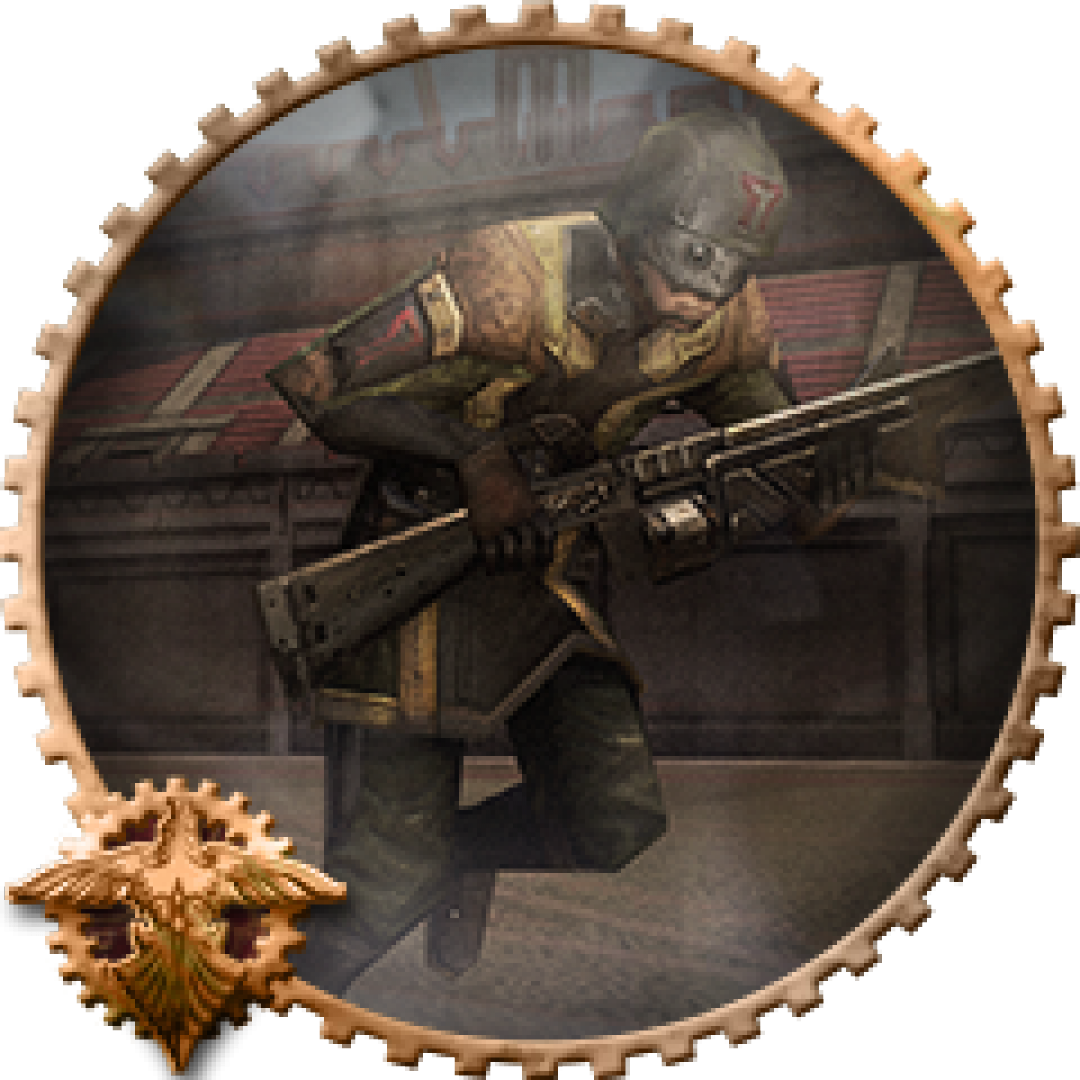 Defeated a total of 20 enemies in combat simulation sessions. 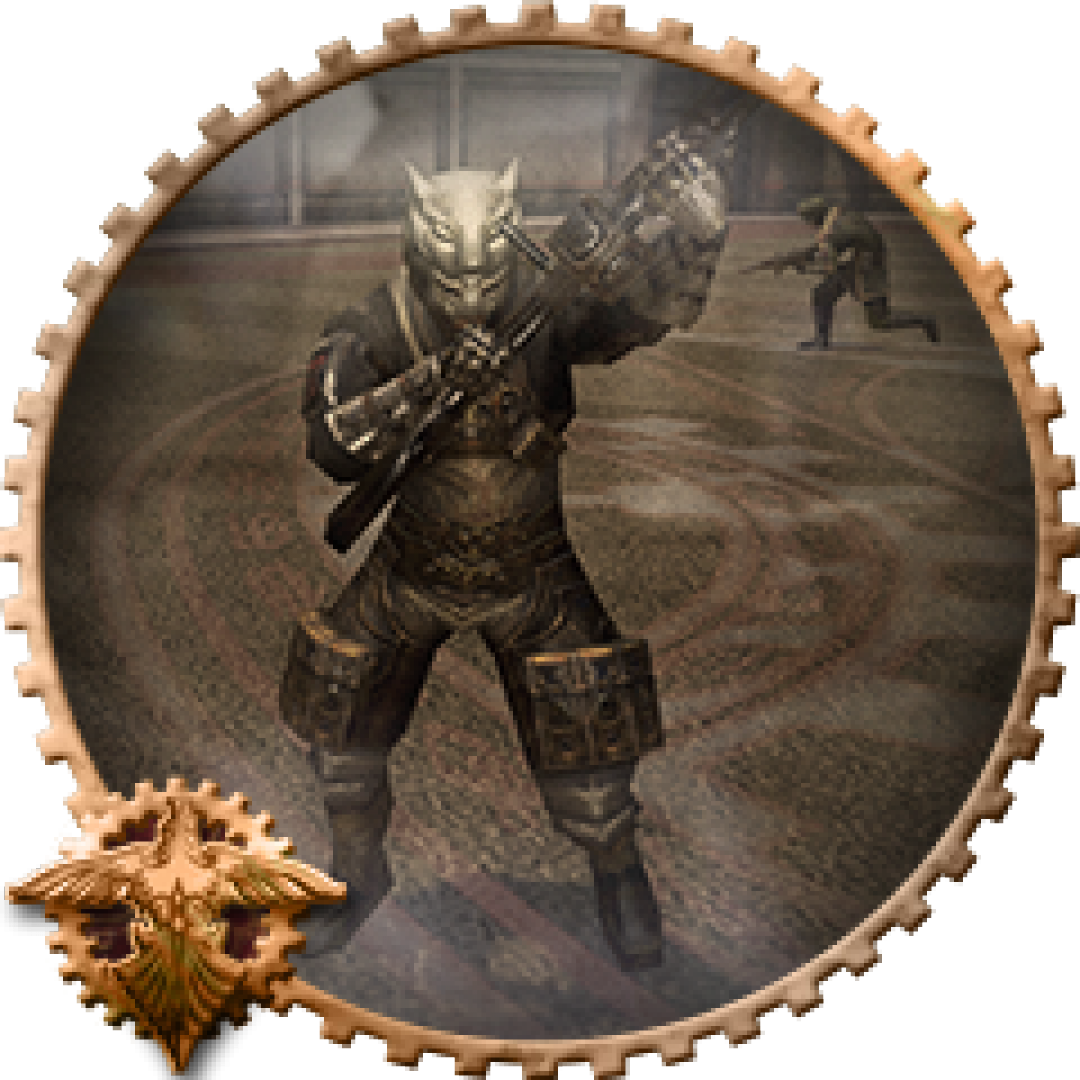 Defeated a total of 100 enemies in combat simulation sessions.

Throughout the game, you will get story missions and optional ones that will liberate cities upon completing them. The first one is a story mission at the beginning of the game, which liberates McTighe. Remember that you need to visit these cities after liberating them.

Alternatively, you can wait until Chapter 5, as all of the above towns will be liberated. Make sure you visit each one for it to count. 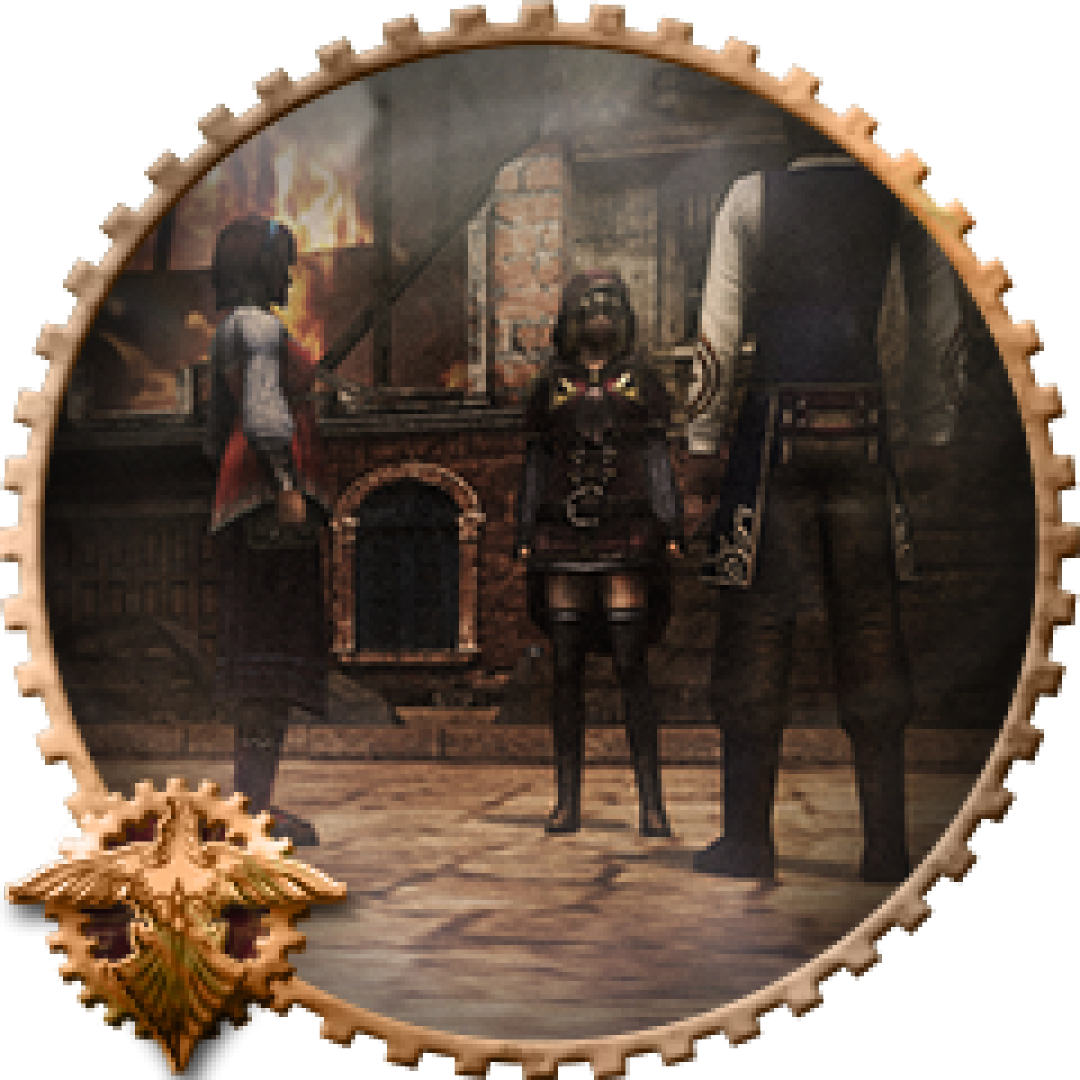 Liberated and visited all cities in the Dominion of Rubrum.

Starting in Chapter 2, Moglin will offer some lectures in Classroom Zero when you talk to him. These lectures will reward you with some stats that every character in your party will receive. They aren't really lectures, as they are more like a 10 second short cutscene that you can skip if you wanted, since the cutscenes will likely be repeated more than once. Just do one of these to get the trophy/achievement. 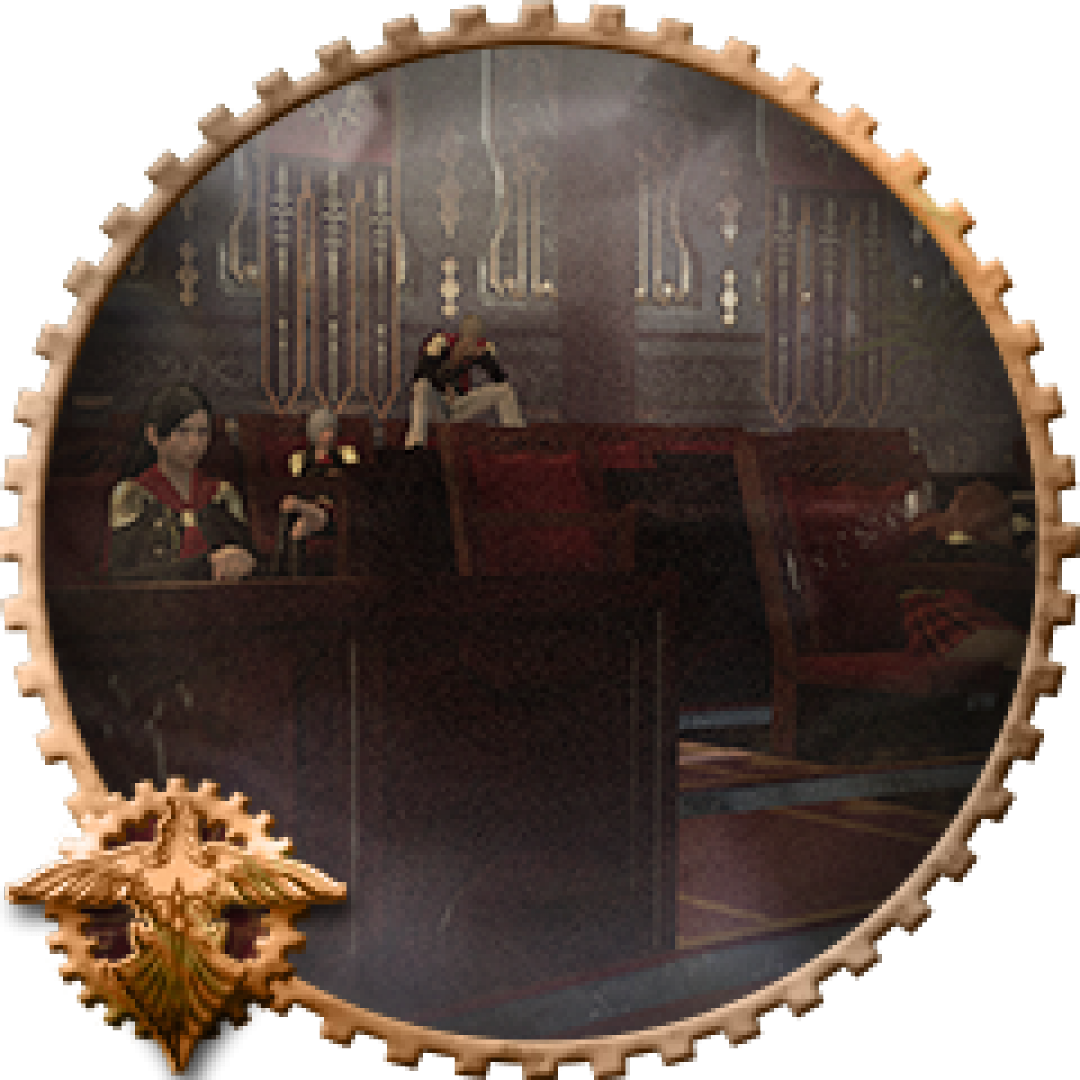 Sat in on one of Moglin's lectures.

Throughout Akademeia are a total of thirteen Moogles that you can talk to, who all help lead the classes in the academy. Their locations are as follows: 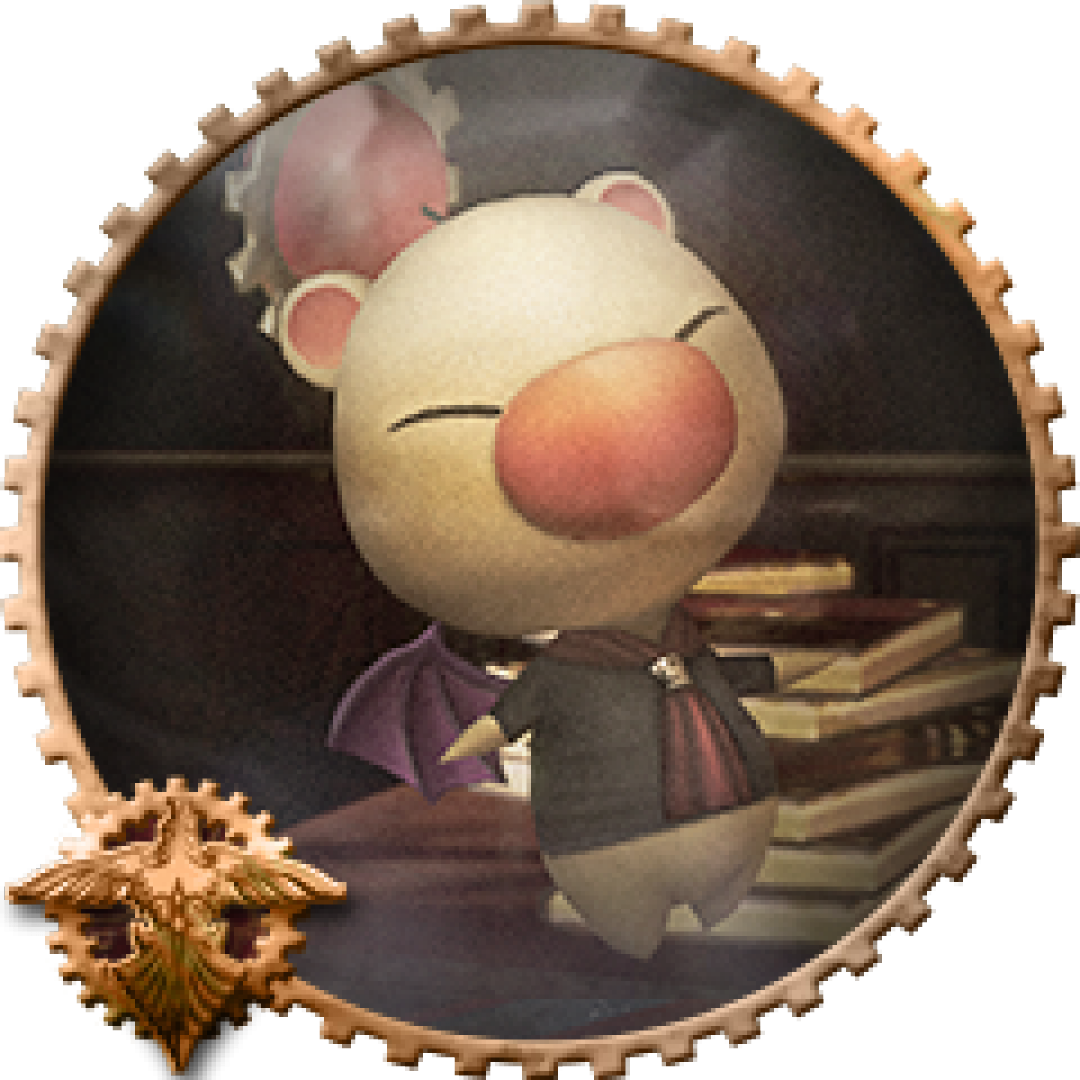 Talked with the moogles from all thirteen classes.

Top Form in the Field

When choosing characters for missions, you will notice that sometimes, some of the characters are highlighted with a gold background. These are Primed Cadets and when you bring them into a mission, they have a higher attack and defense than normal ones. To get this trophy/achievement, you need to bring nothing but Primed Cadets into a mission, so just choose those and not any others, including in the reserves. 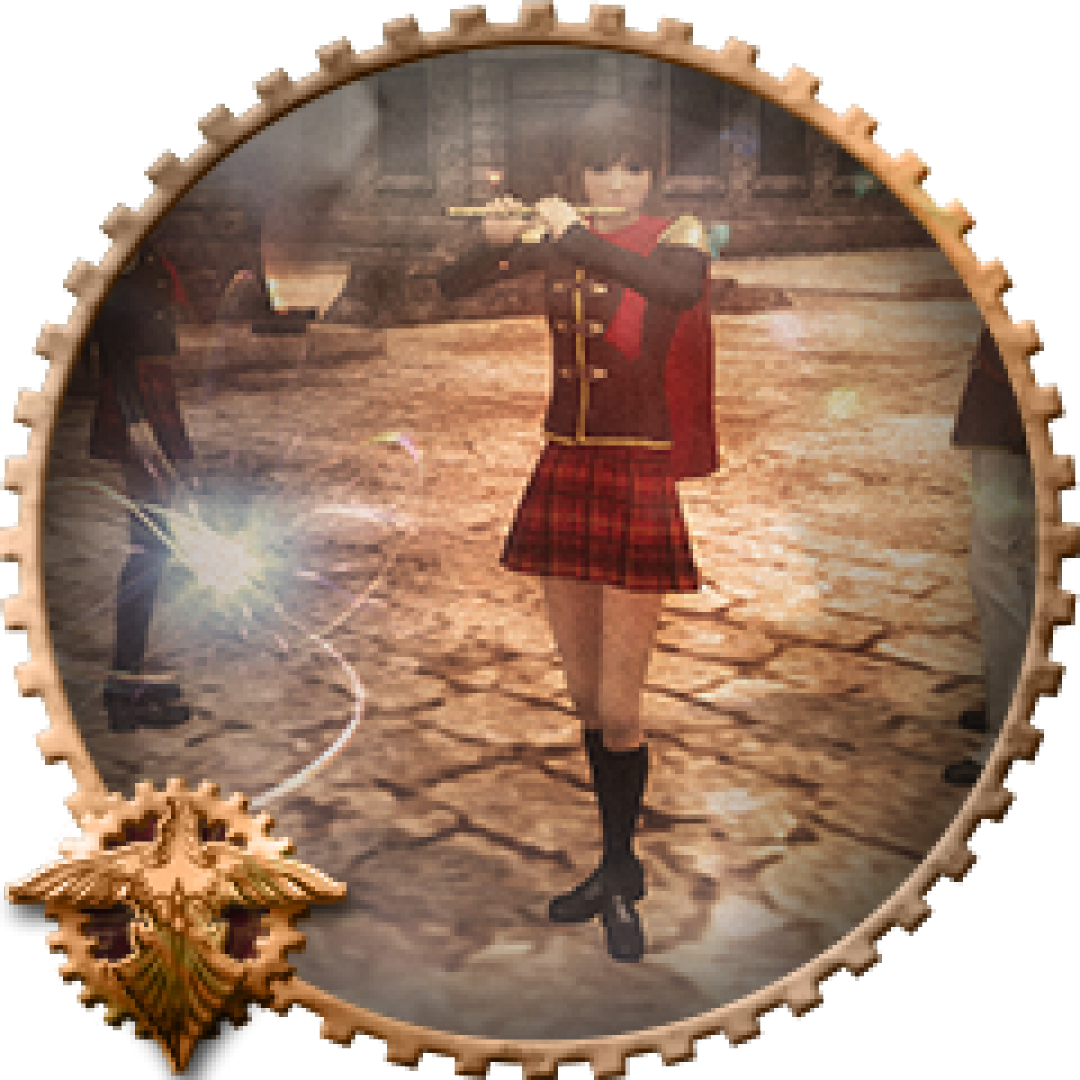 Top Form in the Field

Sometimes when doing a mission, you will lock onto something besides an enemy, like a fuel tank. You will find one by the final enemy in the mission, The Cadets' First Deployment, along with two soldiers on the sides. Try and lure one of the soldiers closer to the fuel tank, then hit it to make it explode. 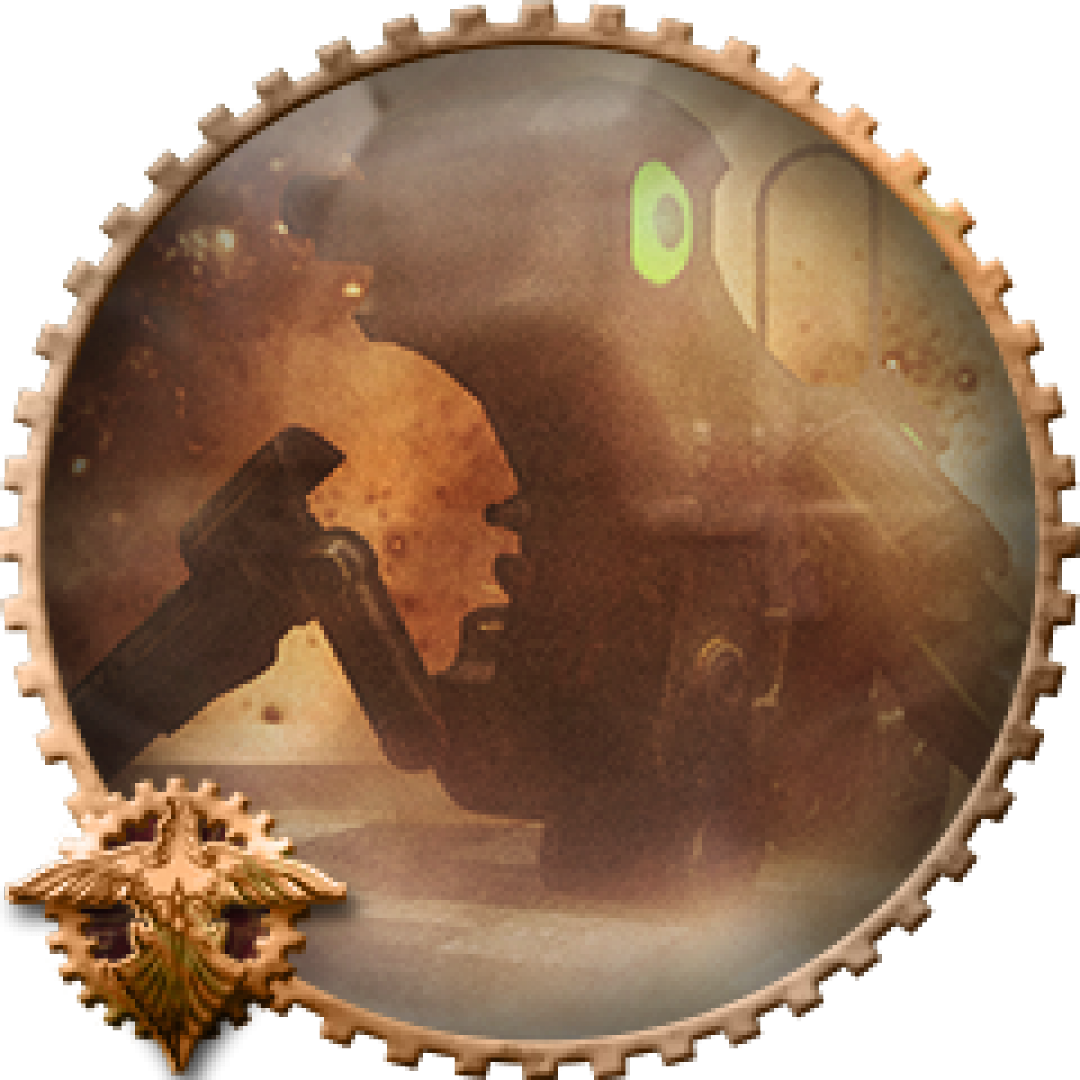 Defeated an enemy with the explosion from a fuel tank.

When you're on missions, you will run into enemies that have an orange arrow over their heads. These are leaders and should you defeat them before the other enemies in an area, the regular ones will run away for a short bit before surrendering. Once they do, walk up to them and talk to get an item. Do this 15 times to get both trophies/achievements. 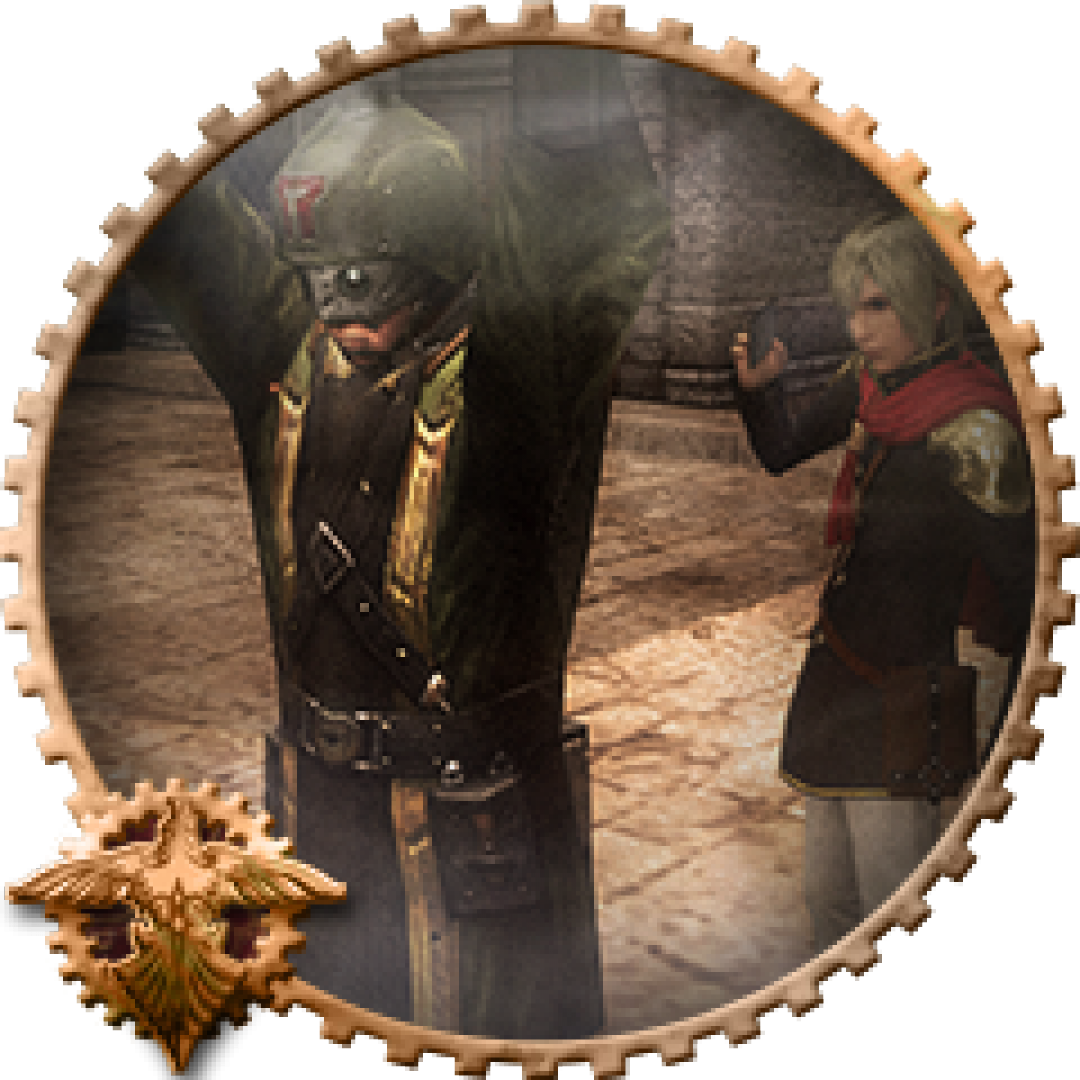 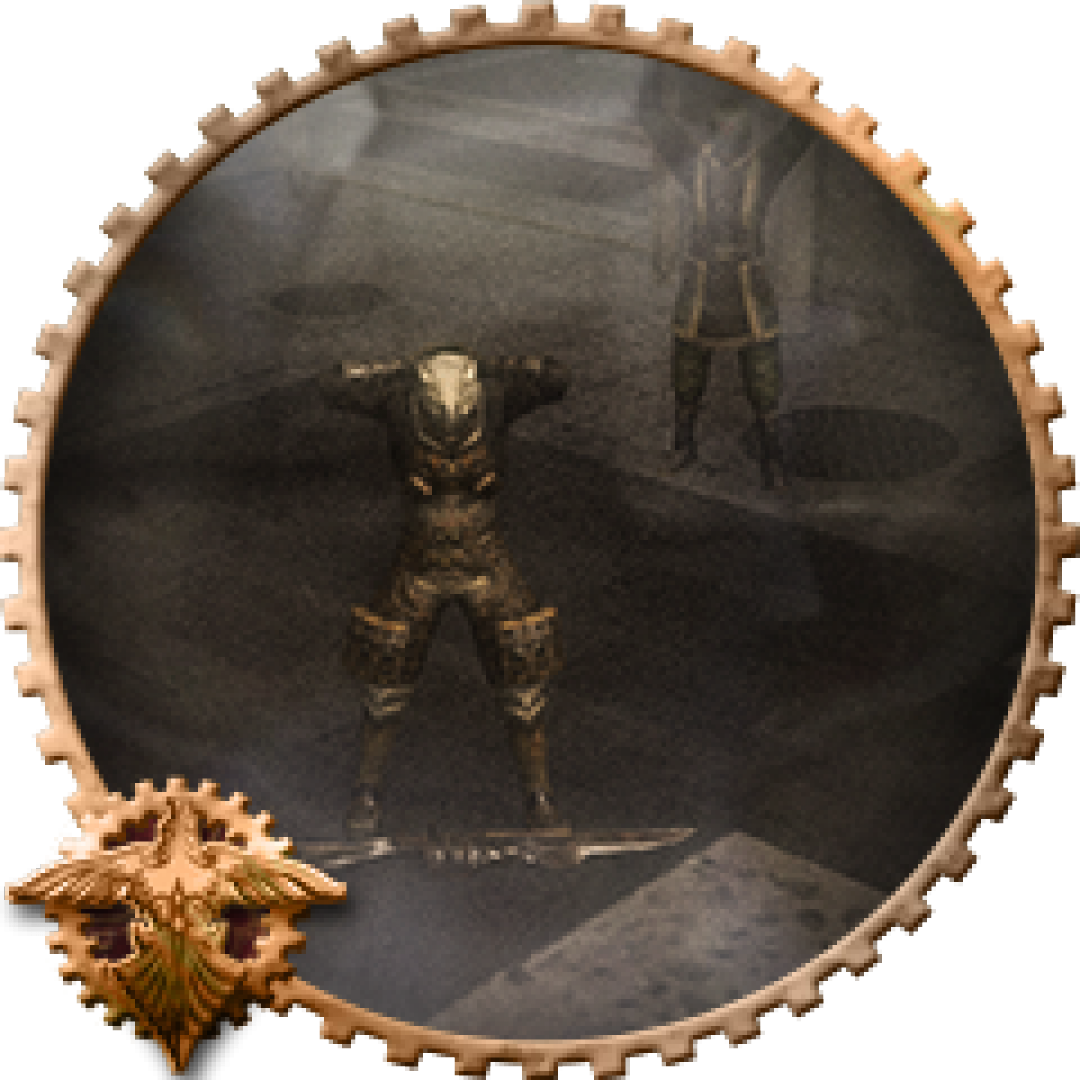