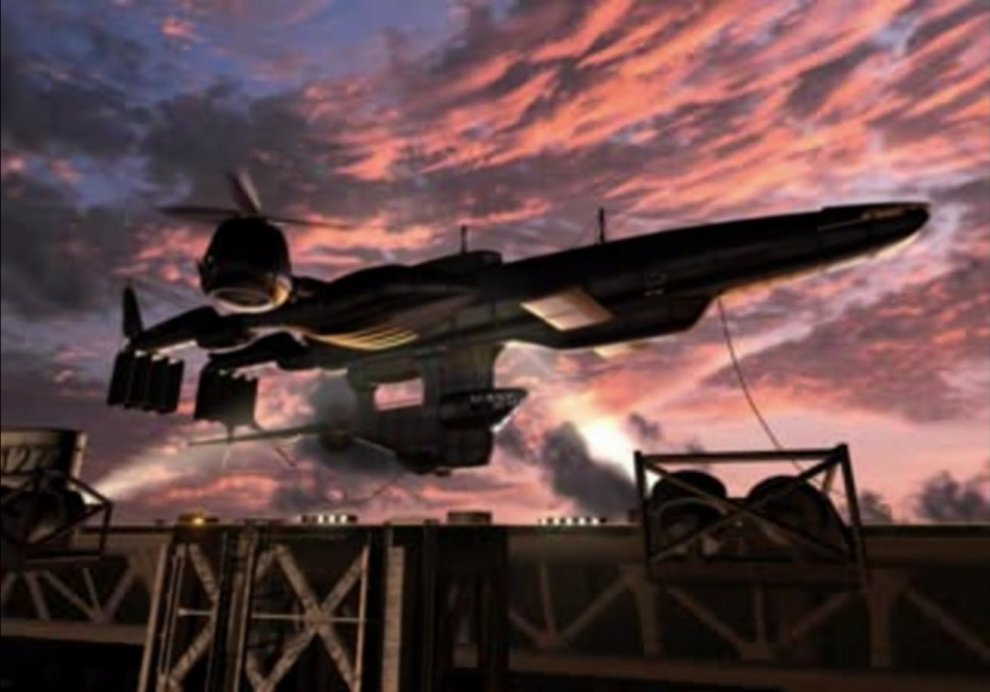 *Only one of these items can be obtained.

Once you make the jump, head north-west and climb to the tower, where you’ll catch your first view of Shinra’s pride-and-joy airship, the Highwind. Neat. Walk towards the camera to change screens, then head west onto a massive elevator and flip a switch to ride it down to the lower level. Continue south to enter a building, where Cloud will be mistaken for a common grunt and harassed into shape. Talk to the officer, then head into the locker room and search a locker for a Shinra outfit. Put it on, then Cloud will have to endure some real soldiers as they show off their parade routine.

Afterwards, leave the room and watch the start of the parade. When you’re back in control head south-east and save your game at the nearby Save Point. To the south-east you can find an elevator that’ll take you down to lower Junon, but another soldier will prevent you from actually escaping, so head south-west and follow your squad, where you’ll get to see the Junon cannon in all its ridiculous glory. Clearly size matters to the Shinra. In the next screen you’ll find out that your squad is a bit tardy. Head over to the officer and talk to him, then follow your squad-mates down an alley.

The shortcut seems to have worked - you’ve intercepted the parade, now you just need to sneak into the ranks without making a mess of the parade. Your fellow grunts and the officer will explain this to you, rather unhelpfully. When you get the order to charge, just run straight down (towards the camera) into the formation of soldiers and make your way to the back line. Don’t emulate the other soldier who went before you, although his route (down the sidewalk, then behind the formation) made sense, it won’t work for you. Your goal here is to take the vacant spot in the third line (nearest the camera) and, once in place, hit the [Circle] button ([OK on the PC) every time the officer shouts “Now!”. If you’re walking more or less in line with the rest of the troops, doing this will increase the ratings, which will earn you a reward… presumably from the network executives? Anyway, just be sure not to mash [Circle], as this will stop you from walking and break formation. The rewards you can get are listed below:

Obviously the Gil is the thing to shoot for, but honestly, none of the rewards are great enough that you should kill yourself trying to get them. Once the parade has ended, you and a squad of grunts will see off Rufus, who will belittle Heidegger for his incompetence… and his laugh. He will, in turn, take it out on you. After the Shinra big-wigs have departed the soldiers will gossip, mentioning Sephiroth’s presence in the city. This chatter is broken up by the irate officers, who, no matter what you say, will force you to drill some more. Back in the locker room you’ll learn a new routine of military poses you’ll have to perform during Rufus’s send-off. Practicing the poses now will make you more likely to succeed at the upcoming mini-game (which of course, will reward you based on your performance). Afterwards, Cloud will make his own contribution to the show and finally you’ll get some free time.

Leave the locker room, save your game, then exit via the south-western exit to return to the road leading through Junon. Run down the street to reach some shops along lining the road near the southern area transition. There are four buildings you can explore, starting from the easternmost one and working westwards, there’s a Materia shop which sells two new Materia; Seal (allows you to cast Sleepel and Silence) and Revive (brings ally back from KO status). Neither are terribly necessary, but again, you should endeavor to secure one of each type of Materia in the game at some point.

The next shop(s) are in the alley to the west, where Rude, of the Turks, walked. On the first floor you’ll find a weapon shop selling a variety of weapons, most of which could have been stolen from foes a while ago. Tifa, again, is the odd one out, the Grand Glove sold here is a definite upgrade. The Diamond Pin will be an upgrade for Red XIII if you didn’t get the Magic Comb during the first Fort Condor fight (although the prizes don’t cycle, the first fight you win will grant you this weapon - missing a battle just causes you to miss opportunities to score later rewards), and the rest of the weapons will be upgrades if you didn’t steal them earlier. Buy whatever shows yellow numbers at the bottom of the screen and avoid the rest. Once your appetite for new weaponry has been sated, head downstairs to find a classy gentleman’s bar, where Rude and some of his pals are gambling. Is that… the guy from Fort Condor, or just another clone? Devious, either way…

Put on a good show at the parade to get a present from the network (left). Be sure to grab the Enemy Skill Materia in the training area (right).

Return to the street and head to the next store, where you can buy a varied assortment of mundane items, which… yeah. Anyway, the fourth (and last) building on this screen is an apartment complex. On the first floor you can find a Shinra soldier guarding a ladder down (the soldier is mostly obscured by the stairs). Talk to him and he’ll move, allowing you to head into the underground room, which is another training hall, similar to the one you found in Sector 7. It’s even populated by the ghosts of the flexing meat-heads whose conversations served as the vehicle for the tutorials! You can talk to the ghostly goons to brush up on the basics, or you can talk to the Shinra soldiers to the south-west to learn a bit more about Limits and Materia. Whatever you do, be sure to grab the Enemy Skill Materia to the south of the table. It’ll be a while before you can return to previously explored areas and pick up those Enemy Skills, but having two characters capable of it, well, it’s a good thing.

Head back to the first level, then go up the stairs to the second, entering the apartment to the north. In the first room you can find a 1/35 Soldier and a Mind Source , and in the second is a Luck Source . After you’ve obtained those, head to the third floor, where you’ll again find two rooms to loot. In the western room is a red vial, which just so happens to be a Power Source , and outside the eastern room is a Guard Source . Whew. That’s a lot of nice upgrades there!

Make your way back to the street then head to the next (western) screen to reach the lift Rufus and Heidegger used earlier. Ignore it and pass through this screen, heading north-west, and north-west through another screen, which is little more than a road leading south-west to Junon’s Underwater Reactor. This screen will be of interest to you later, but not now. Pass through a second lift screen to finally make it to the far end of Junon - another street screen which is lined with shops. Again, they will be described starting from the east and working your way north-west; just be wary of that annoying dog that wanders around and blocks shops once in a while. What a pest.

The first shop is a cleaner establishment where Tseng, Reno and Elena are hanging out, but is otherwise uninteresting. In the second building, on the first floor, you’ll find an inn which contains a Save Point. Upstairs is a Materia shop that uses sexy girls to lure people inside. Clever. On the third floor, a perverted, old, Ex-SOLDIER (you’re not the only one!) is selling a few accessories, including Silver Glasses (prevents Darkness) and a Headband (prevents Sleep). Neither of these accessories are terribly necessary, but if you want to complete your collection…

Make your way to the third building complex, which is a barracks. On the first floor, in a maintenance room, you can find a Speed Source , while upstairs you can find a 1/35 Soldier . Finally, in the fourth building you’ll find another weapon shop. Unfortunately the proprietor botched his last order, so he’s only selling junk gear similar to what was sold at Kalm. Bummer.

Impress Rufus by performing the right moves (left), or just do well enough to get the HP Plus Materia (right).

When you’re ready, save your game at the inn and exit to the north-west to reach the next screen, where Rufus will watch your send off military performance. Simply hit the right buttons to perform the right maneuvers to increase the president’s mood gauge. Each successful maneuver will increase Rufus’s mood by ten points, and hitting the finisher (pretty any button at the end) will earn you thirty. Rufus’s mood determines your reward, and the “best” gift is the Force Stealer , a superior weapon for Cloud. It has higher Attack than the Hardedge, and comes with three Double AP Growth Materia slots. Nice indeed. However, the HP Plus Materia (the middle prize) is arguably more valuable. None of the prizes are unique, and you’ll be able to buy them all eventually, but the most expensive and last item you’ll be able to buy is HP Plus Materia . Get whatever prize you wish, or are capable of, listen to Rufus and Heideggar scheme, then gossip with your fellow soldiers, who will fill you in on some important Shinra news. When you’re alone, sneak aboard the ship.