There are a total of 11 Breakable Objects located on Founders' Island and they can be found in the following locations: 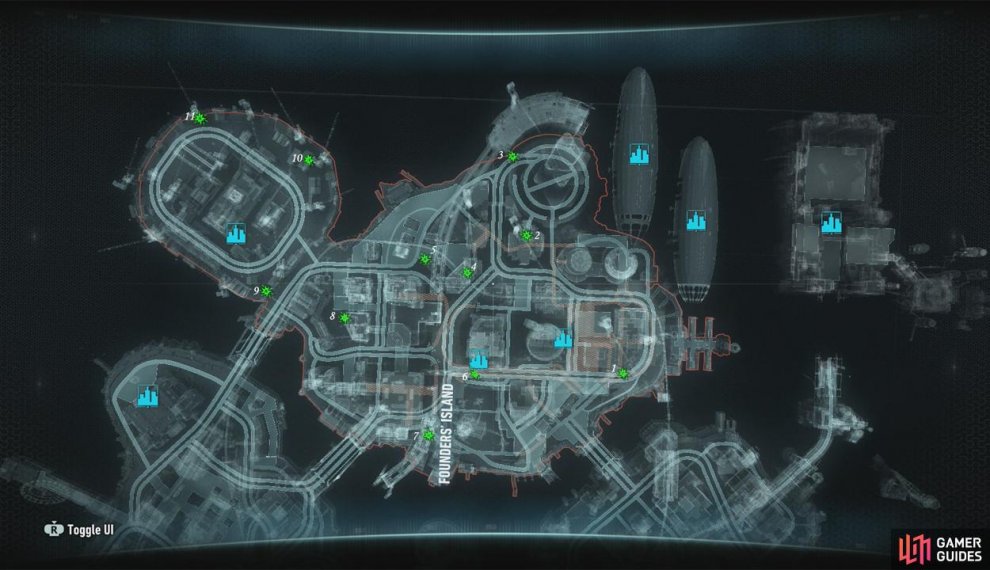 This militia shield is located on the eastern side of the ‘’City Vision Construction’ building.

On the eastern side of the ’Lex Corp’ building, above the entrance leading to the lower slum area.

On the ceiling of the car park beneath the monorail station on the waterfront, just west of the Wayne International Plaza building.

On the right hand wall just above the main entrance to the ‘Gotham Stock Exchange’ building.

On the side of the tall, rundown, grey building across the street to the north of the fire station.

This shield is located on the underside of a walkway over the road at the co-ordinates specified.

This militia shield is just south of the Church, on a wall beneath the ramp leading to the upper deck of the city.

On the south side of a building looking into a courtyard with a statue at its centre.

This militia shield is located on the body of the crane in the southwest corner of Port Adams.

Just inside Port Adams on a shipping crate, slightly off the road and behind some parked militia vehicles to the west of the main gate.