This quest is acquired when you enter any Inn within the game world, but only when you have reached the appropriate point in the story for each faction, namely the second faction quest. These are:

For the most efficient method in completing the quest, it is recommended that you enter the inn within the city of Berg to acquire the quest. This is because the first clue that you will need can be found within Enmerkar Forest, the region for which Berg is the main city.

Note: This quest is time sensitive. As a result, the guide will provide an optimal order of acquiring clues to the murder, allowing the player the best chances of completing the quest in time. It is advised that you complete this quest before attending the meeting in the Blue Chamber. The initial quest of finding the priest in Abrassar is optional, and does not provide any additional rewards if done.

Whether you have spoken with the priest at the Nomad’s Oasis in Abrassar or not, the first thing you should do is head to the Burnt Outpost in the southern region of Enmerkar Forest. More specifically, the outpost can be found south west of the Huge Burning Tree. Inside the outpost you will find a large note on the table, containing one of the clues. Read it to update the quest log. 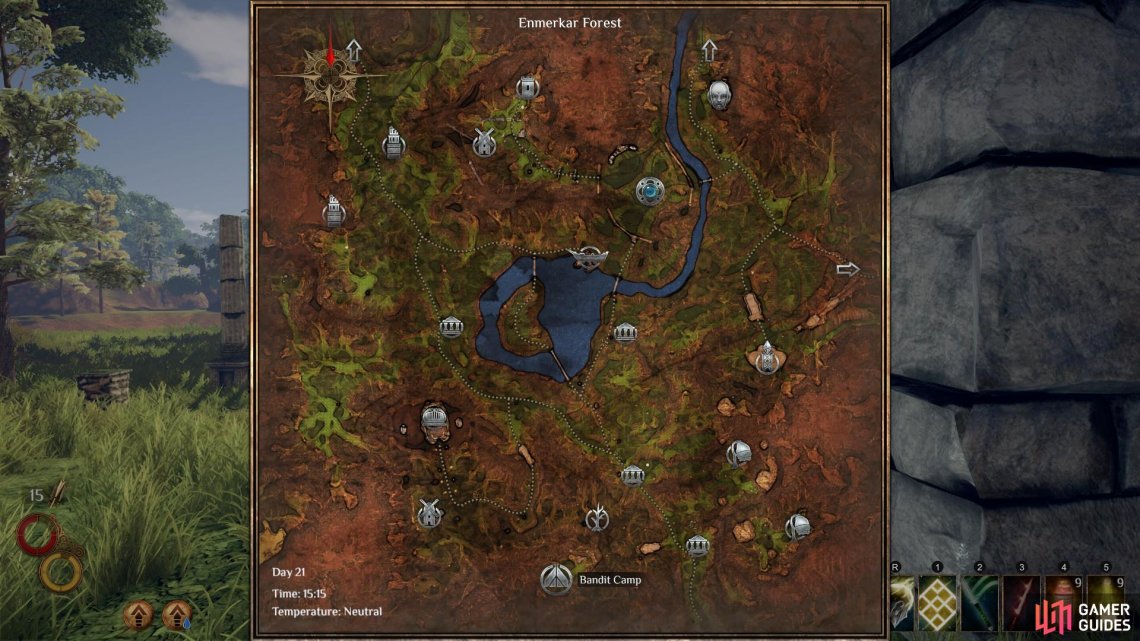 (1 of 4) The location of the Huge Burning Tree on the Enmerkar Forest map, far to the south of the city of Berg. (1 of 3) The location of the Colossal Hive, south west of Levant, on the Abrassar regional map.

Within the Hive Prison you will encounter a Hive Lord and two Walking Hives. These can be dangerous if not dealt with properly. They are vulnerable to both Fire and Decay damage, so make use of these damage types if you have them available. You can use the prison cave to kite the mobs if necessary, or even leave the cave to recuperate if things become difficult. If you continue to struggle, you can simply run up to the note, on the floor in the north west of the cavern, interact with it briefly to update the quest and then run out again.

Tip: Walking Hives explode after a few seconds of being defeated. You should avoid this impact by running away from them as soon as they fall.

The last clue can be found in the Slums of Levant. Head north east from the Colossal Hive to the city of Levant. You will find the entrance to the slums in the south of the city. In the south eastern corner of the slums you will find a set of stairs. Walk up the stairs and turn left (westward). Here you will find a basket on a rooftop, with the note contained within. Read the note to update the quest log on the final clue. 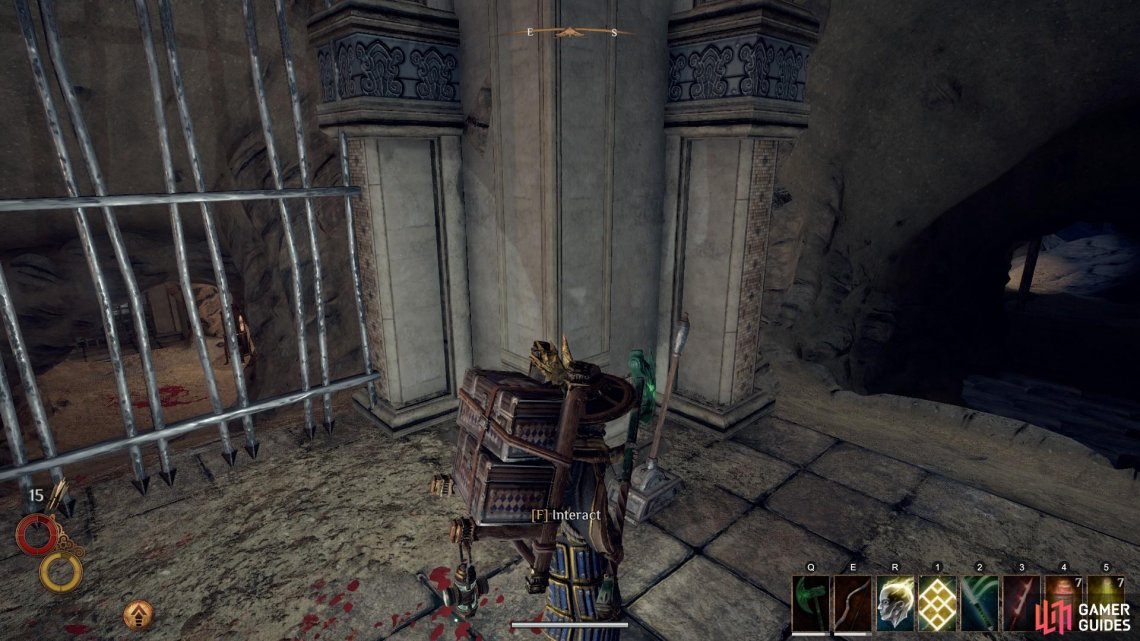 Be sure to pull the lever behind Cyrene before you speak with her, opening the gate to your left.

Now that you have all of the evidence, you can speak with Cyrene. She can be found just outside the entrance to the Heroes’ Palace. Choose the dialogue option to join Cyrene in the attack, teleporting you to Undercity Passage. Before speaking with Cyrene, pull the lever behind her to open the gate to your left. This will provide access to the Baron later on. After the brief discussion with Cyrene, enter through the gate that you just opened with the lever and follow the path east to another iron gate. Interact with it to open it and approach the Baron.

Here you have two options; you can either fight the Baron to defeated him and gain two items, or you can accept the bribe of 300 silver from him. Either way, the Baron will be stopped. The items that you gain if you defeat the Baron are the Marble Shield (32 physical damage, 51 impact, 17 impact resistance) and the Marble Axe (35 physical damage, 29 impact and 0.9 attack speed). Whatever you choose, once you have dealt with the Baron you can pursue Prince Pietro by going back to the point where you met Cyrene.

From here, continue south down into the dungeon. You will need to walk to the bottom where you will find numerous tents surrounding a large stone pillar which is supporting the bridge above. Beneath this, to the east, you will find Cyrene and Prince Pietro. Speak with Cyrene to advance the quest. Regardless of your dialogue options, the outcome will be the same. You will be teleported to the centre of Levant and the quest will complete.

Note: Be sure to speak with Queen Calixa in the Heroes’ Palace to receive your reward after the quest completes.