You can acquire this quest from Master-Chef Arago, who can be found near the docks in Cierzo, as shown below.

Note: This is a repeatable quest and can be acquired from the same NPC after waiting a few days. 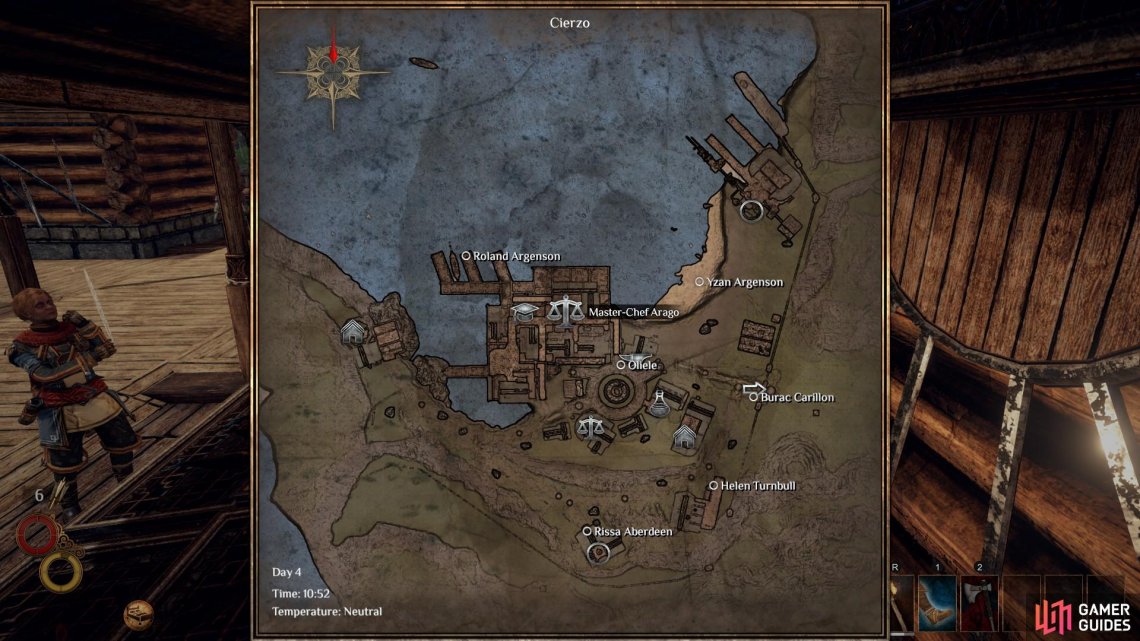 The location of Arago on the Cierzo town map.

If you haven’t yet ventured outside of Cierzo and would rather complete this quest first, the map may not be visible for you. In this case, just head north west of the town centre where Shopkeeper Doran and the other traders can be found. You will see a sloped wooden platform leading to the docks. Ascend it and turn left. Arago can be seen at his market stall here.

Speak with Arago and select ‘I’d like to talk’ as a dialogue option. He will request that you make him a Ceviche, one which your parents used to make for him. The ingredients required are listed below.

If you’e lucky, the raw rainbow trout can be fished from the sea waters surrounding Cierzo. However, given the randomly generated nature of loot in Outward, you may not be so fortunate as to catch one. In this case you can purchase a raw rainbow trout from Arago himself. The seaweed you should have found on the beach in the starting area. If you missed it or if you’ve used it already, go to the beach front to the west of your lighthouse. This will contain a number of seaweed patches. For the salt, speak with Arago or Shopkeeper Doran to purchase it from them.

Once you have all the ingredients, go back to your lighthouse and enter the kitchen in the room downstairs. Once you’re next to the kitchen facility, open the crafting menu. Locate the Cierzo Ceviche recipe and execute it. 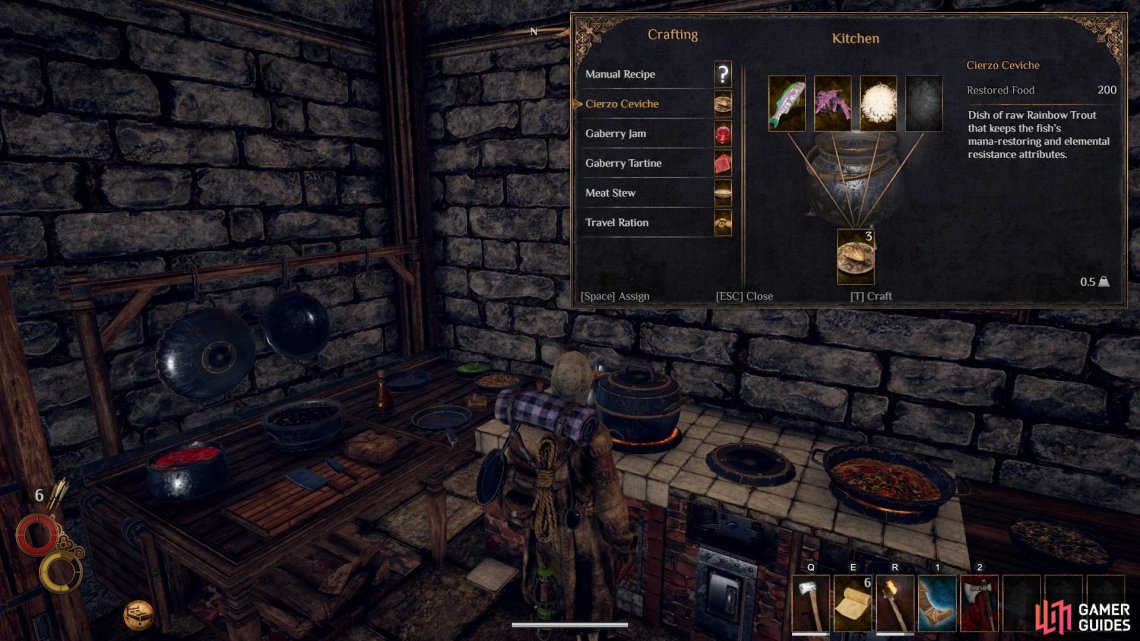 The Ceviche recipe as it appears in the crafting menu.

Note: You won’t be able to see specific manual cooking recipes in the crafting menu until you are next to a kitchen facility, or alternatively beside a campfire with a cooking pot.

Once crafted, return to Arago and deliver the Ceviche. He will reward you with some food and the quest will complete. Come back to him in a few days for further minor quests.