This quest is acquired from Pigeoneye, an NPC located in the slums of Levant. He can be found atop a roof in the northernmost region of the slums. 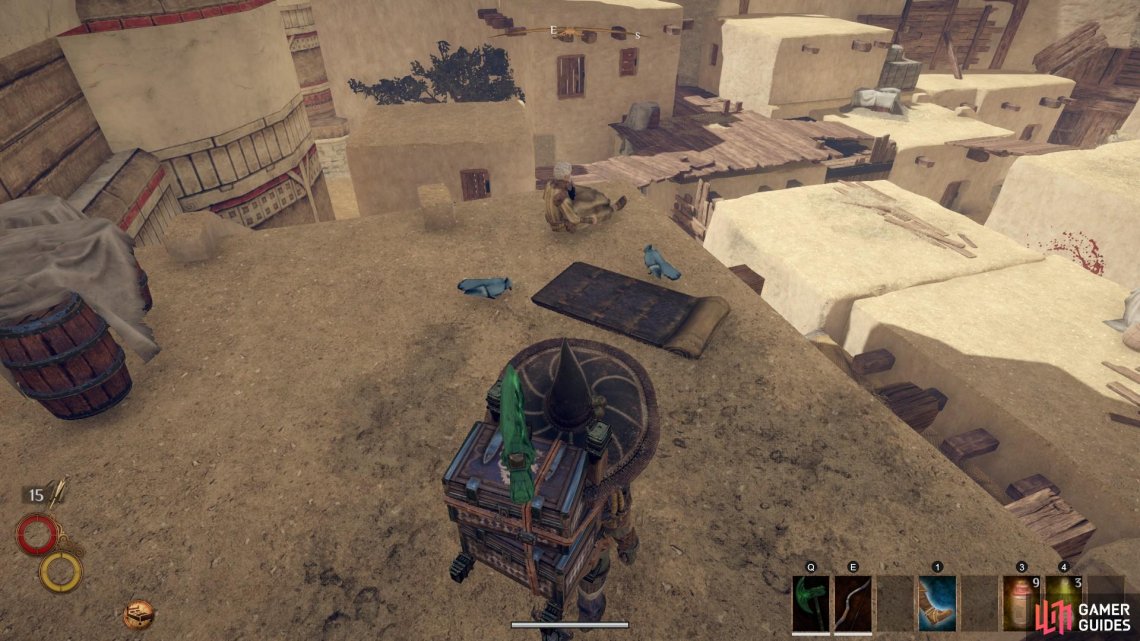 (1 of 2) Find Pigeoneye atop a roof beside two birds and a bedroll. 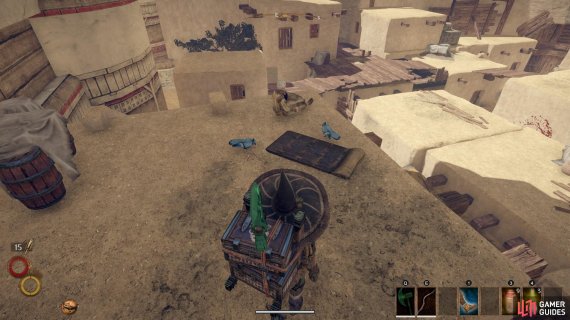 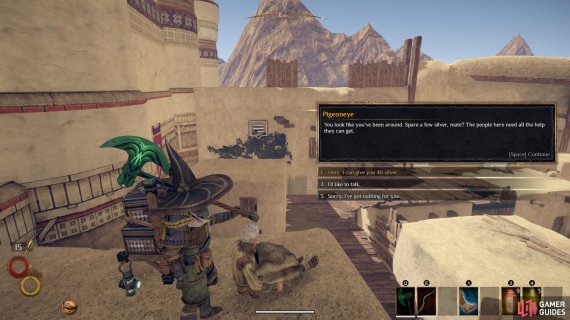 Find Pigeoneye atop a roof beside two birds and a bedroll. (left), Donate 40 silver to begin the quest. There is no time limit on the next donation. (right)

So long as you have the silver, this quest is extremely easy to complete. All you need to do is donate 40 silver five times to Pigeoneye, for a total of 200 silver.

Tip: If you are struggling to acquire silver, the main and most effective method is simply by exploring the game world. You can find silver in chests, caches, and corpses. Loot everything that you can within the restrictions of your carry weight, and kill as many mobs as possible for their valuable loot. In general, the more powerful the mob, the greater the value of its drop. Mobs such as Wendigo and Ghosts have a chance of dropping valuable gems, which can also be mined from ore veins and salt crystals.

After each donation, the following dialogue will appear in your quest log, allowing you to track how much you’ve given so far:

When all donations have been made, the shop with rare goods owned by Tamara the Smuggler will be accessible from the training area, located in the north east region of the slums. The shop will update with various new items each time you visit the slums, but only after a few days have passed.

Note: You will need to leave Levant and re-enter or sleep within it for a few hours before the slums will update. In addition to the shop, a chest will appear beside the Rogue trainer, Styx. The appearance of the slums will also be updated and a clean water basin will be available within the slums.