This quest is acquired from Chef Tenno in the city of Levant. He can be found opposite Shopkeeper Suul in the centre of the city. Speak with him and select “I’d like to talk”. He will ask you to bring him a Shark Cartilage, which can be obtained from Crescent Sharks.

The sharks can be found throughout the region of Abrassar. The most reliable place can be found in a valley near the Parched Shipwrecks. Head north west from the main entrance to Levant. Stay south of the Walled Garden until you see an opening to the valley containing the shipwrecks, as shown below. Once you’re in the Parched Shipwrecks valley, head to its westernmost point until you see another opening, leading to a canyon which contains a number of Crescent Sharks. 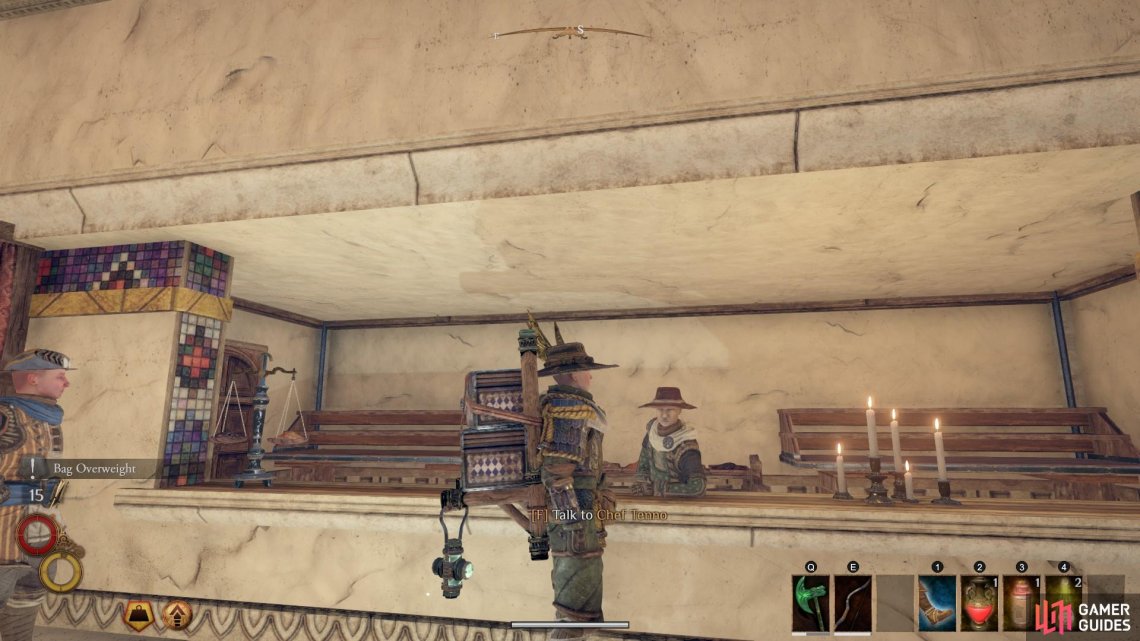 (1 of 4) Speak with Chef Tenno in central Levant to acquire the quest.

The sharks are relatively easy to defeat. Their only special skill is Elemental Vulnerability, which applies a debuff of -25% to Ethereal, Decay, Lightning, Frost, and Fire resistances. Their impact defence is not significant, so you should be able to overwhelm them with a series of heravy attacks. Once you have the cartilage the quest log will not update until you provide it to Chef Tenno, completing the quest. 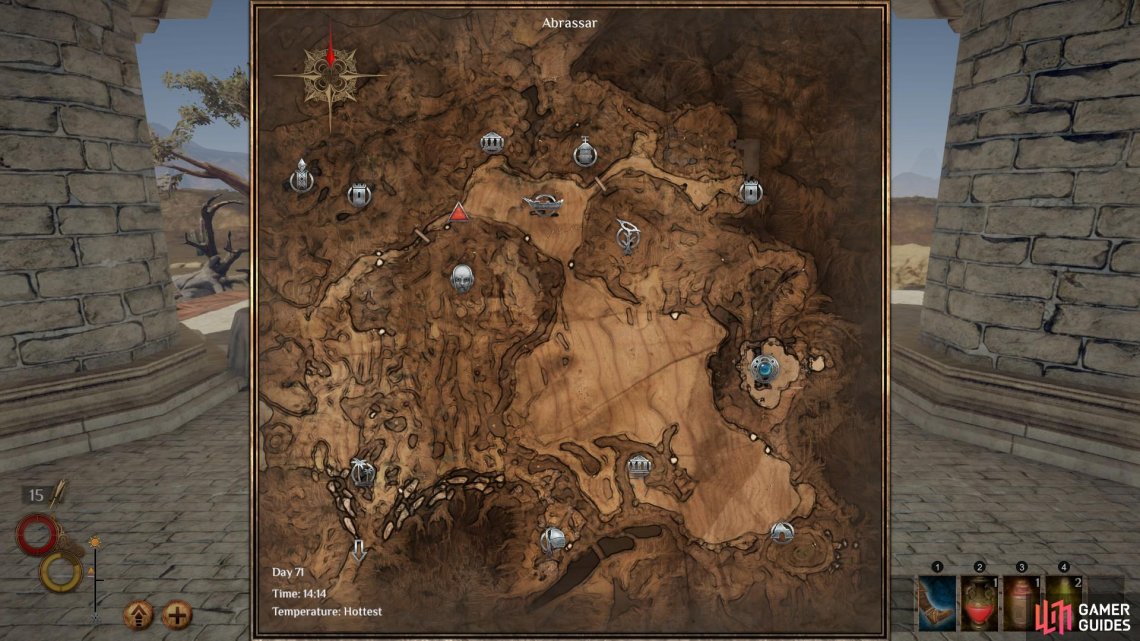 The location of the canyon entrance on the Abrassar map, where you will find Crescent Sharks.

You can repeat this quest by visiting Chef Tenno periodically.